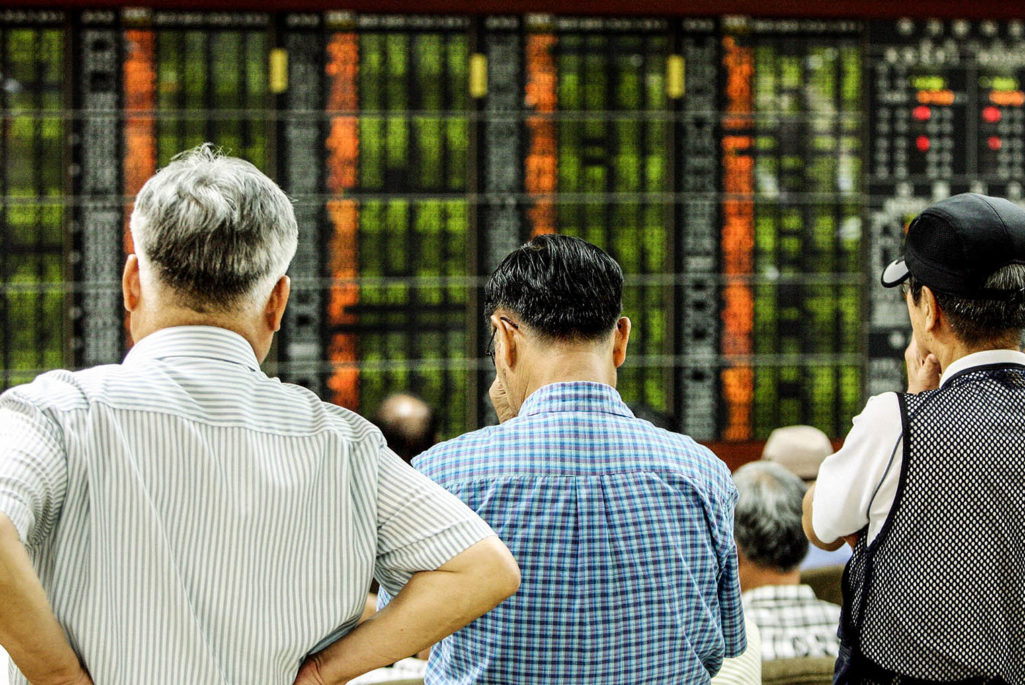 South Korean investors look at a stock price board display at a local securities firm in Seoul.

Asia has become much richer, not only absolutely, but relatively, too. Over the past 10 years, its share of global gross domestic product has increased from 24 percent to 31 percent. Its vast population is increasingly urban and middle-class.

This growth has been achieved by following an “old economy” industrial and export driven model. Because this model depends on low wages and the acceptance of environmental damage, it is unsustainable. Success drives up wages and wealthier populations typically demand cleaner and healthier environments.

As we first pointed out in Asia Finance 2020: Framing A New Asian Financial Architecture, a study we conducted with the Fung Global Institute in 2013, Asian economies will need to modernize in order to continue growing toward Western levels of per capita income. They will need to depend less on exports, industry, and unpriced environmental inputs, and more on regional consumption, services, and innovation.

This transition needs a financial system that can facilitate it. Specifically, it needs the free flow of goods and capital within Asia, a ready supply of finance for new enterprises, and stable funding for trade and infrastructure.

Alas, having evolved to serve the needs of the old industrial model, the Asian financial sector is ill-suited to this role. Inconsistent national regulations and barriers to foreign competition drive up the cost of cross-border business. Over reliance on asset-based lending restricts finance for young and innovative firms. And shallow capital markets limit the funding available for infrastructure and other major projects.

If the Asian financial sector fails to adapt, Emerging Asia risks getting stuck as a group of middle-income nations.

The flipside of this allocation of savings is underdeveloped capital markets and an over-reliance on short-term bank funding. Bank lending accounts for 47 percent of financing in Asia and 160 percent of GDP. In the United States, the comparable figures are 22 percent and 95 percent.

A sustainable mix of funding sources will need to include a bigger contribution of securities from Asian issuers. Home market demand for these will naturally rise as Asian personal financial assets grow. However, governments can accelerate the transition with policies that encourage savings via pensions or fund managers. The most direct way is through compulsory private pensions, which exist in Singapore,

Australia, and now Malaysia. Malaysia is an especially good example, as its pension assets have risen to 46 percent of GDP due to its mandatory pension program.

Alternatively, Asian governments can give tax breaks for savings in long-term vehicles and direct pooled investments in rural infrastructure, as in the United States and many European countries.

If Asian economies are to modernize, startups and risk-taking will need to be encouraged.

Support for Small and Medium-Sized Enterprises

Innovation tends to occur in new and small firms. Between 1993 and 2009, small and medium-sized enterprises accounted for 65 percent of new job creation in the United States and produced 16 times more patents per employee than large firms in the high-tech industry. If Asian economies are to modernize, startups and risk-taking will need to be encouraged. Small and medium-sized enterprises will need ready access to funding as they grow and evolve.

However, banks in Emerging Asia are ill-equipped to extend credit to small and medium-sized companies, especially those in the services or high-tech sectors. To compensate for limited data and cash-flow lending capabilities, Asian banks typically rely on taking security against tangible assets. However, firms that provide services or aim to produce intellectual capital can rarely provide such collateral.

Governments can help by providing credit guarantees or seed capital for qualifying small and medium-sized enterprises. Moves in this direction are already happening in Singapore and China and can be further supported by credit bureaus.

Governments can also improve data availability to banks that lend to small and medium-sized enterprises. We recommend this not only at the national level but also at a regional—Pan Asia-Pacific—level.

The flow of capital to smaller companies is further threatened by the new Basel III rules, which will significantly increase the amount of capital that banks must hold against loans to smaller companies. As we are starting to see in Europe, this means lower returns to banks or higher prices for small firms and, thus, less lending to them.

Asia missed the opportunity to coordinate lobbying of the Basel Committee early on in the process. This was a result of the complacent assumption that Asian financial firms had plenty of capital and liquidity. It was also difficult for regulators from countries as far apart in economic development and regulatory sophistication as Japan and Cambodia to achieve a unified view.

The “post-Basel III economics” of lending and trading businesses, combined with realistic scenarios around a Chinese slowdown and political instability in parts of Asia, paint a challenging picture for the Asian banking sector.

Asian banks and regulators must now quickly embark on an agenda of gaining a deeper understanding of product-level economics.

Asian dependence on exports to the West can be reduced only by more Asian consumption and intra-Asian trade. However, intra-Asian trade is hindered by impediments to the flow of capital within the region and to cross-border financial business.

One such impediment is mechanical. Cross-border payments systems for large, wholesale transactions in Asia are generally state-of-the-art. However, cross-border retail transactions are less developed and threaten to hold back the burgeoning area of e-commerce.

Asian regulators should seek to improve current payments systems by:

An uncoordinated approach to regulation also drives up the cost of cross-region business, as financial firms need to comply with materially different regimes. More importantly, regulatory inconsistency can create systemic risk. For example, different levels of deposit insurance create the potential for massive and destabilizing cross-border flows during stress periods.

Asia remains the world’s most economically dynamic region. To continue its progress, however, Asia’s financial sector must modernize. Bringing this about won’t be easy, especially at a time of global financial and political instability; the difference between success and failure can have major consequences for the future of these nations. But the profound economic reforms made over recent decades show that it can be done, and that emerging Asian countries can continue their extraordinary progress.

This piece first appeared in 2014 edition of the Oliver Wyman Risk Journal.