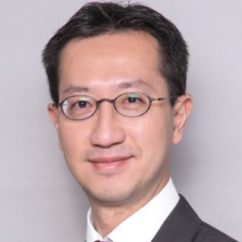 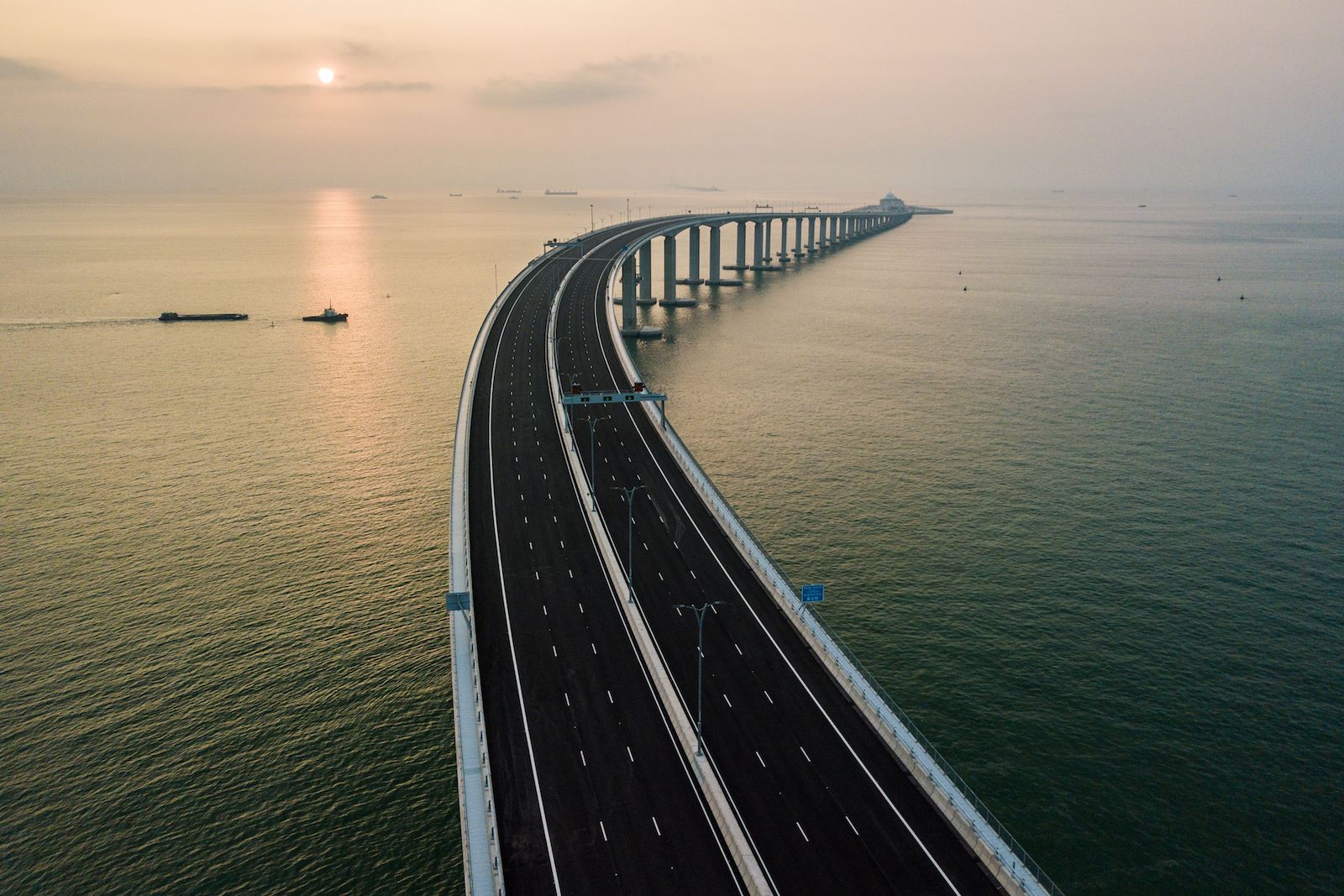 An aerial view shows a section of the Hong Kong-Zhuhai-Macau Bridge in Hong Kong. The world's longest sea-bridge represents part of an initiative to facilitate the free flow and exchange of ideas, capital and resources across the Greater Bay Area, China.

It is human nature to disagree. From how to make the perfect soup dumpling to which system of government works best, people have always perceived the world (and dumplings) in different ways. Our propensity to disagree makes China’s Greater Bay Area (GBA) Initiative a marvel of human collaboration. The GBA Initiative is an ambitious plan to connect 11 municipalities spanning the Guangdong province, Hong Kong and Macau—and align their financial, cultural, geographic and governmental interests. A daunting, yet immensely exciting challenge, indeed.

From Grand Idea to Modern Reality

In a 2017 government report released by Premier Li Keqiang, China officially announced its intentions to move forward with plans to develop the GBA—which, before that point, had only been theoretical. The idea was first introduced in the 2011 study, The Action Plan for the Bay Area of the Pearl River Estuary. This directive from Beijing thrust the plan into international spotlight, outlining the “city cluster” strategy that leverages the distinct financial, cultural and economic assets of the 11 participating municipalities. However, though the region may be geographically close, the participating societies are remarkably different.

For example, differences in regulatory instruments and policies, business practices and tax structures, and cultural perspectives and priorities present challenges to creating a seamless and streamlined alignment of resources and capabilities. The key to success for the GBA is the free flow of everything from talent and information to capital and resources. Significant progress has already been made. China has built the 55-kilometer Hong Kong-Zhuhai-Macau Bridge and expanded the high-speed rail network into Hong Kong. This infrastructure represents only part of a sweeping initiative to facilitate the free flow and exchange of ideas, capital and resources.

Exhibit: The 11 Municipalities of the GBA Initiative Convincing each of the 11 municipalities in the GBA to pursue regional business objectives while prioritizing the well-being of the collective group will require some savvy and diplomatic governance. There will be hurdles to aligning the legal, economic, technical, workforce and geographic complexities of the initiative. Companies in the GBA region must be open to innovative thinking. Leaders and policymakers must explore a variety of strategies and business models, from joint ventures and strategic partnerships to mergers and acquisitions. Each region must embrace these issues with a focus on long-term success.

A fair distribution of pay and opportunity is essential to ensuring the free movement of talent in China’s Greater Bay Area region.

The scope of cooperation and transparency required by the GBA is enormous. The comprehensive framework ensures there will be agreeable mechanisms in place to solve disputes on everything from workforce immigration legalities and environmental policies to project development benchmarks and operational standards.

However, today, this complex relationship is largely theoretical, as many companies from all over the GBA region continue to navigate cultural, regulatory and operational differences. It will take time to integrate the key processes that directly impact cross-border talent. For example, sometimes mainland staff who work in Hong Kong are stuck in Shenzhen or Guangzhou for days or even weeks as they await visa extensions. Examples like these demonstrate the role human capital plays in the success of the GBA Initiative. Ultimately, figuring out how to manage human capital across borders and cultures will be critical.

To address these realities, many multinational companies are increasingly hiring mainland graduates who studied in Hong Kong universities. These graduates are familiar with cultures in both markets, making them suitable to work on GBA-related assignments. Additionally, many companies are actively working to manage the disruption caused by entrenched but disparate policies: differences in salaries, tax regimes, medical benefits and the quality of education available to employees and their families. A fair distribution of pay and opportunity is essential to ensuring the free movement of talent in the GBA region.

Leveraging the Power of Compromise

Perhaps the most impressive policy achievement that contributed to the development of the GBA was resolving the territorial disputes between Hong Kong and Shenzhen over the Lok Ma Chau Loop. This swath of territory, both geographically and symbolically, separated the people and ideals of Western-influenced Hong Kong from the Beijing-centric interests and the culture of Shenzhen. The most poignant aspect of this agreement is the display of a true willingness by both parties to compromise in order to advance their interests.

The Chinese mainland, after all, offers Hong Kong access to one of the world’s most lucrative marketplaces. For Shenzhen, Hong Kong is the gateway to the global economy. This agreement serves as a proof of concept for the entire initiative—finding creative ways to work together to navigate cultural differences and seemingly divergent business priorities. Together, mainland China, Hong Kong and Macau can create a revolutionary geographic center for technological innovation, financial influence and international trade. The stakes are high, and the whole world is watching.

The GBA, after having surpassed the San Francisco Bay region, ranks second in terms of global GDP for bay-area regions, behind only Tokyo Bay. In fact, with a current GDP of $13 trillion and a population of 70 million, the GBA region represents 12 percent of China’s entire economy. With vastly different political, financial and institutional systems in place, people infrastructure will be key to sustainable and equitable growth for the collective region. Effective cross-pollination requires cutting-edge insights from human capital management experts, thoughtful business leaders and government policymakers. For those of us with expertise in the region, this initiative offers groundbreaking opportunities to build partnerships and negotiate unparalleled collaborations in southern China.

This piece first appeared in Voice on Growth.

Jackson leads the Talent Strategy practice for Mercer across Asia, Middle East and Africa. Mr. Kam has more than 20 years of experience in strategy and HR consulting. Based in Hong Kong, he helps clients across a multitude of industries to better prepare for the future of work.

William Swelbar Chief Industry Analyst at Swelbar-Zhong Consultancy
URL: https://www.brinknews.com/the-greater-bay-area-initiative-connecting-a-region-through-shared-interests/
Get ahead in a rapidly changing world. Sign up for our daily newsletter. Subscribe
​​