The Next 10 Years of BRICS—Will the Relationship Last? 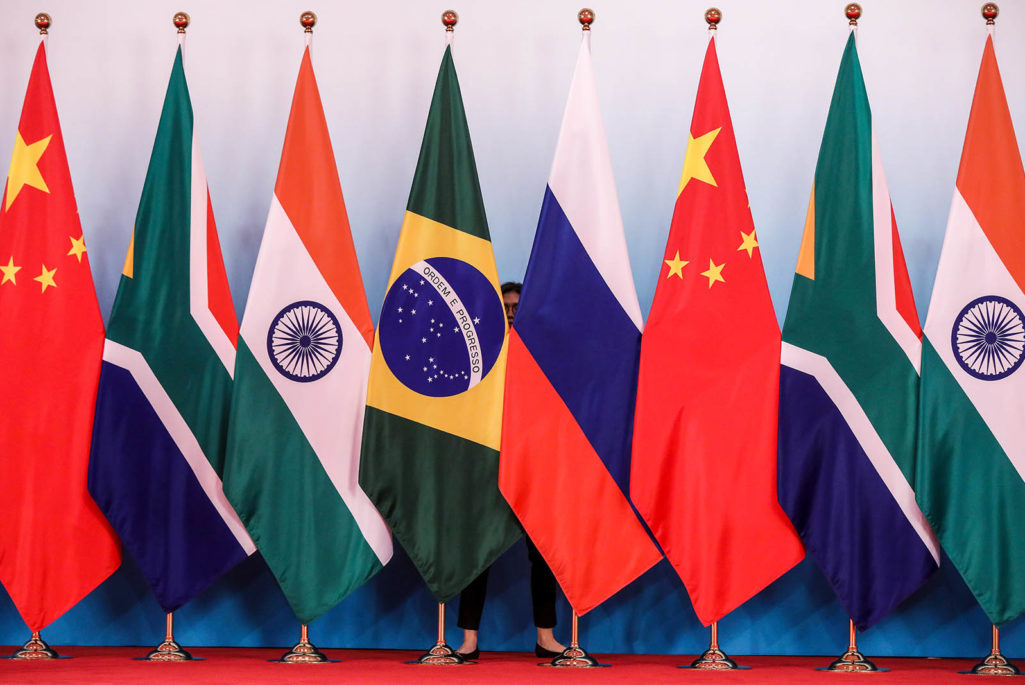 BRICS nations seek to influence and shape the norms of global governance.

Over the years, many observers have expressed skepticism about the BRICS (Brazil, Russia, India, China and South Africa) initiative—and skeptics within the BRICS member states perhaps outnumber those outside.

The reason is a clear lack of traditional logic behind the coming together of these countries. They are dispersed geographically, their economies are in different stages of development and there is a fair degree of ideological dissonance between them. And unlike other economic associations, BRICS does not seek to set up any common political or security architecture.

However, this should not obfuscate the fact that the purpose of BRICS was clear from its inception: to form a convenient and pragmatic 21st-century relationship that pools the influence of its members in order to achieve objectives agreed to by all five countries. In a multipolar world in which economic and political power is rapidly diffusing, the BRICS nations seek to influence and shape the norms of global governance, which have been fashioned by the Atlantic system in the past. BRICS, then, is a coming together of nation-states at a particular geopolitical moment to achieve a set of goals.

Each member of BRICS also has their own reason to sustain this plurilateral movement. Russia sees BRICS as a geopolitical counterweight to the eastward expansion of the Atlantic system. For South Africa, BRICS is a means to legitimize its role as a gateway to and powerhouse of the African continent. BRICS allows Brazil to collaborate in the shaping of the Asian century, despite its geographical location. China participates in the forum because it recognizes BRICS as an important vehicle for fashioning governance systems in which its political influence is commensurate to its growing economic heft. Finally, for India, BRICS is a useful bridge between its rising status as a leading power and its erstwhile identity as the leader of the developing world. The First Decade of BRICS

BRICS’ first decade saw each of the members laying down groundwork for cooperation, from identifying areas of convergence on political issues to improving economic ties. The level of engagement between its members, ranging from high-level summit and ministerial meetings to various working groups and conferences, has only deepened over that time.

Today there is a fair degree of cooperation on issues such as trade, infrastructure finance, urbanization and climate change. Moreover, the five members have made modest progress in people-to-people connections. Platforms such as the BRICS Academic Forum and Business Council have proved to be useful in improving their understanding of each other’s industry, academia and government.

Undoubtedly, the two most notable achievements of the BRICS have been the institutionalization of the New Development Bank and the Contingency Reserve Arrangement.

The importance of these institutions cannot be understated. For one thing, they mark a shift from political rhetoric to delivering concrete results, alleviating some of the skepticism surrounding the BRICS initiative. More importantly, they represent a partial fulfillment of BRICS’ core raison d’être: to offer credible alternatives to the Atlantic system of global governance.

While such institutions are unlikely to ever replace the International Monetary Fund or the World Bank, they represent a fundamentally different governance paradigm. By giving equal voting rights to its founding members and improving reliance on local currencies, the BRICS members are attempting to create a new, non-Bretton Woods template for the developing world to emulate.

The End of Innocence

Despite achieving a moderate level of success over the last decade, two recent events have brought the divergence between the BRICS members into sharp focus.

The first is the recent military standoff between India and China on the Doklam plateau, which has effectively brought to an end the naive notion that a comfortable political relationship is always possible amongst the BRICS members. The second is China’s efforts at creating a “BRICS plus” model, a thinly veiled attempt to co-opt nation states, which are integral to its Belt and Road Initiative, into a broader political arrangement.

Both of these events highlight how the foundational principles of BRICS—respect for sovereign equality and pluralism in global governance—are liable to be tested as the five member countries pursue their own national agendas.

However, instead of derailing the BRICS project, these developments are likely to inject a level of pragmatism into the initiative. While BRICS itself is unlikely to form the lynchpin of foreign policy for any of its members, it will continue to be an important instrument in their toolkit.

Essentially, the BRICS members are now likely to realize that the group itself is a “limited-purpose partnership” in which political barriers will always limit the partnership’s full economic potential.

If BRICS is to remain relevant over the next decade, each of its members must make a realistic assessment of the initiative’s opportunities and inherent limitations.

BRICS did well in its first decade to identify issues of common interest and to create platforms to address these issues. However, new political realities require the BRICS nations to recalibrate their approach and to recommit to their founding ethos.

For one, they must reaffirm their commitment to a multipolar world that allows for sovereign equality and democratic decision-making. Only by doing so can they address the asymmetry of power within the group and in global governance generally. Only this approach will strengthen multilateralism.

Second, they must build on the success of the New Development Bank and invest in additional BRICS institutions. It will be useful for BRICS to develop an institutional research wing, along the lines of the OECD, which can offer solutions distinct from western-led knowledge paradigms and which is better suited to the developing world.

Third, they should consider a BRICS-led effort to meet their commitments under the Paris Agreement on climate change and the UN’s sustainable development goals. This could include, for example, setting up a BRICS energy alliance and an energy policy institution. Similarly, the NDB in partnership with other development finance institutions could be a potent vehicle to finance progress toward the sustainable development goals amongst the BRICS members.

Fourth, the BRICS nations can also consider expanding the remit of their cooperation to address emerging areas of global governance such as outer space, the oceans and the Internet.

Finally, the BRICS members must encourage direct interactions between their constituents. In the digital age, seamless conversations amongst people, business and academia can foster relationships, which are more likely to cement the future of this alliance than any government efforts.

For the first decade of its existence, the group was powered by a top-down approach with large investments of political capital. The second decade must ride on the energy and entrepreneurship of the citizens and communities that reside within the BRICS countries.

Samir Saran is the president of Observer Research Foundation (ORF), one of Asia’s most influential think tanks. Working with the Board, he provides strategic direction and leadership to ORF’s multiple centers on fundraising, research projects, platform design and outreach initiatives. He curates the Raisina Dialogue, India’s annual flagship platform on geopolitics and geoeconomics, and chairs CyFy, India’s annual conference on cyber security and Internet governance. Samir is also a Commissioner of The Global Commission on the Stability of Cyberspace, member of the South Asia advisory board of the World Economic Forum, and a part of its Global Future Council on Cybersecurity.

Jonathan Munemo Professor of Economics at Salisbury University
URL: https://www.brinknews.com/the-next-10-years-of-brics-will-the-relationship-last/
Get ahead in a rapidly changing world. Sign up for our daily newsletter. Subscribe
​​