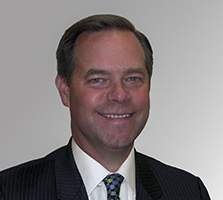 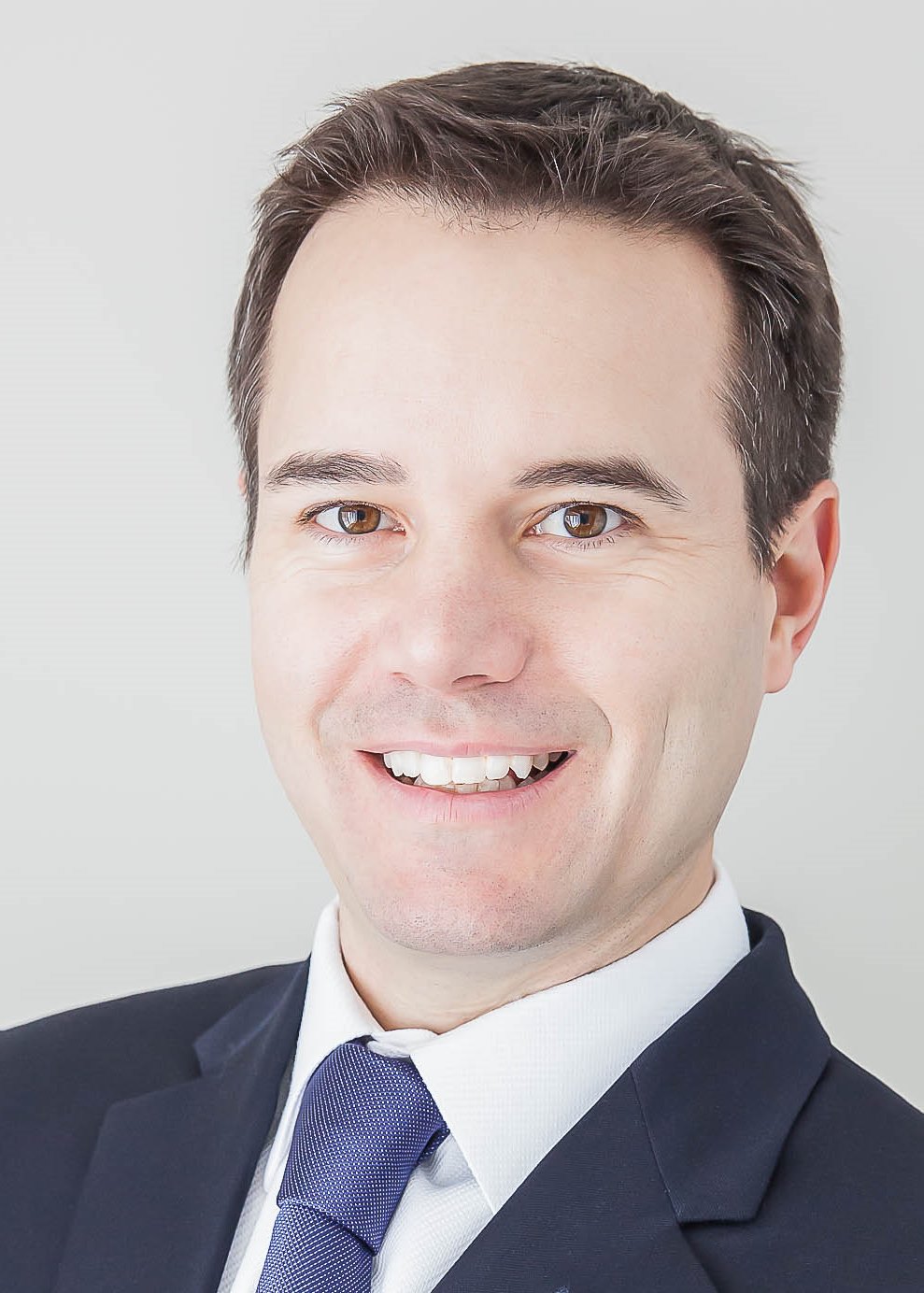 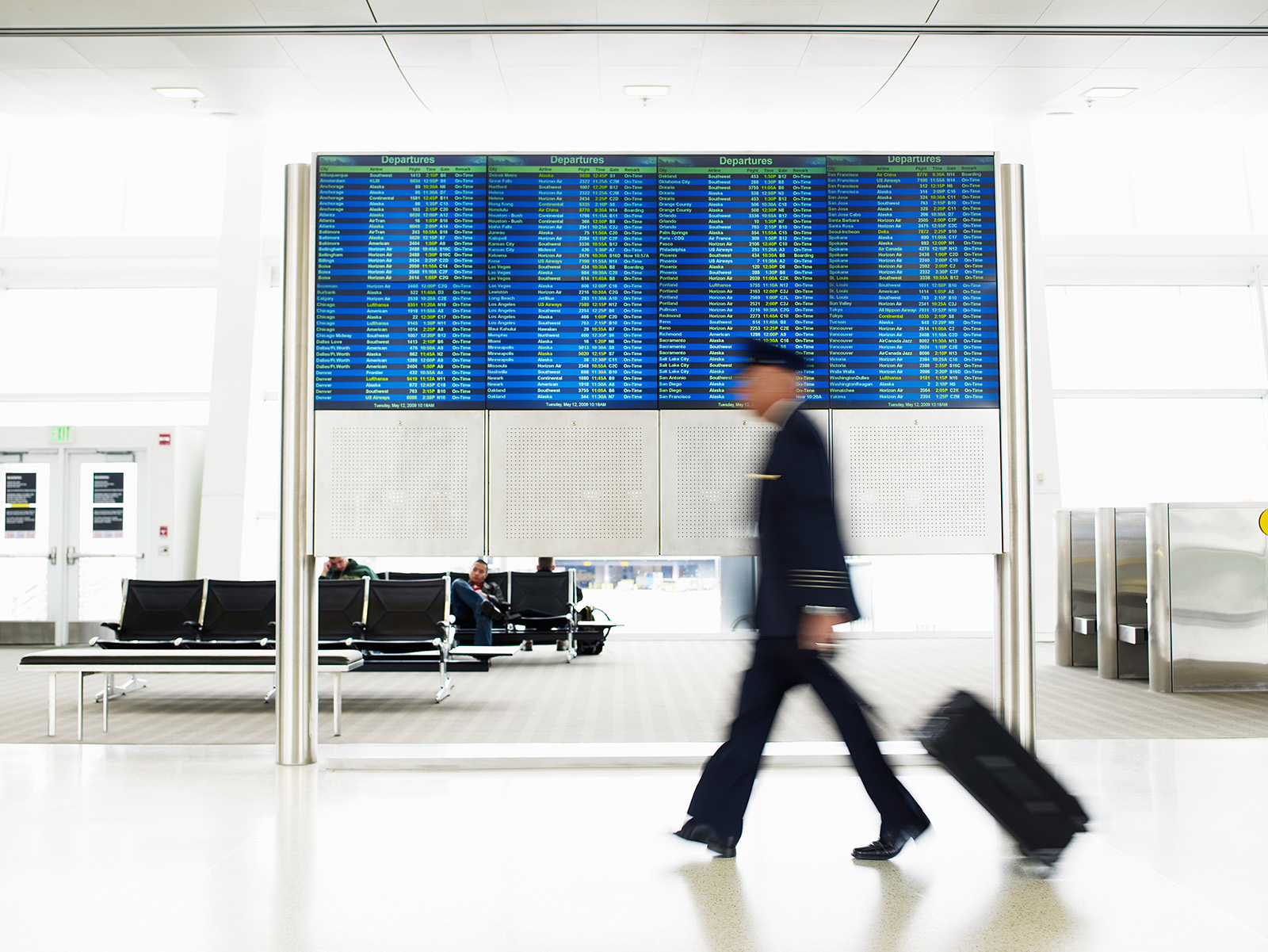 The global pilot shortage has no quick fix, with solutions taking years to take effect.

In early 2021, Oliver Wyman forecast an imminent pilot shortage on the horizon. It seemed an incredible prediction at the time given the state of aviation, which had been almost grounded the year before by the COVID-19 pandemic.

Yet, with the rebound in air travel demand in 2021 and 2022, the lack of pilots quickly became apparent, starting in North America where the shortage is being most acutely felt. Our latest model, in part based on the Global Fleet & MRO Forecast 2022-2032, expects the region to face a shortfall of 8,000 pilots in 2022, about 11% of the total. That gap will grow to more than 29,000 by the end of the decade.

Absent a downturn in future demand and industry efforts to bolster the supply of pilots, travelers should anticipate continued near-term cancellations and delays until airlines are better able to accommodate traffic with scaled-back flight schedules. These would more accurately reflect the size of the pilot workforce and are likely to involve further reductions in service to smaller markets.

In North America, the shortage is the result of a confluence of factors, including the region’s older-than-average pilot workforce with its increasing number of baby boomers reaching the mandatory retirement age for commercial airline pilots. There is also a shrinking pool of potential candidates from the military, given fewer deployments and the increased use of unmanned drones. But those trends would not have been felt for several years were it not for a raft of pilots deciding to take early retirement during COVID, which accelerated the regional impact of the shortfall. 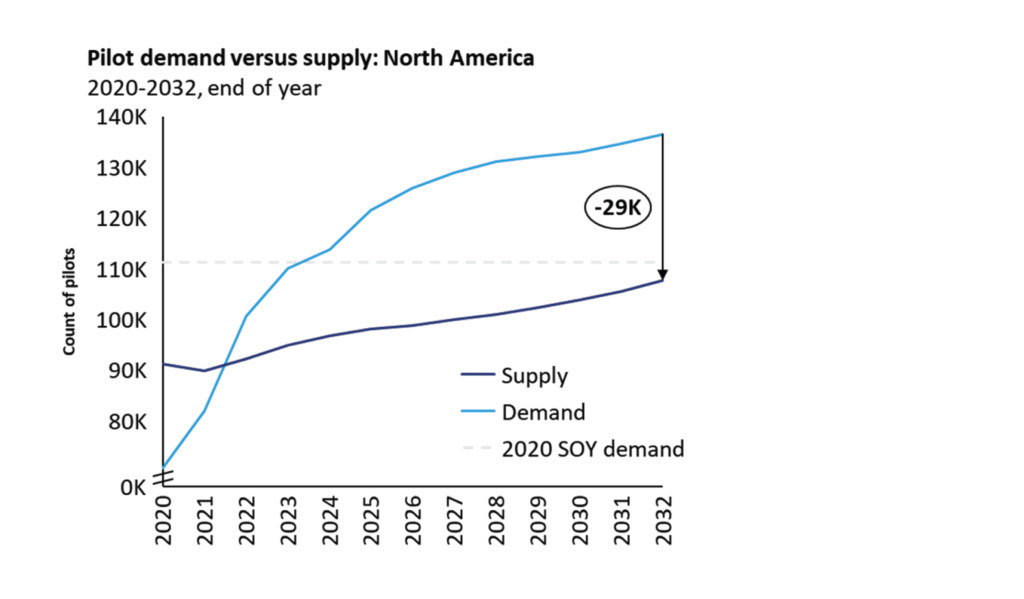 The expanding gap between supply and demand is forcing airlines to compete with one another for pilots using higher compensation. Recent contract negotiations are pushing up pilot salaries, which are in turn cutting into airline profit margins. The 2021 median annual pay for airline pilots, co-pilots, and flight engineers was $202,180, according to the U.S. Bureau of Labor Statistics, after steadily increasing over the last few years.

Over the near term, the bigger compensation packages are unlikely to be enough to address the shortfall. Becoming a pilot is expensive and time-consuming — costing as much as $100,000 and, in the United States, requiring 1,500 flight hours for certification. There’s also a current bottleneck at training facilities as they balance recertifying pilots returning from COVID-related furloughs and training new candidates.

The bidding war for airline pilots is expected to hit regional airlines the hardest, especially those not owned by or affiliated with larger carriers offering global networks. Despite smaller budgets and thinner margins, regionals are already pushing up salaries to compete, but are still facing almost unsustainable attrition levels. If regionals are unable to recruit and retain enough pilots, they may face the need to fly reduced schedules, decreasing the flight options for travelers that do not reside in primary airline hubs.

But North America will not be the only region to feel the pinch. Oliver Wyman expects a global pilot shortage to hit next year and grow to more than 79,000 pilots over the next decade. 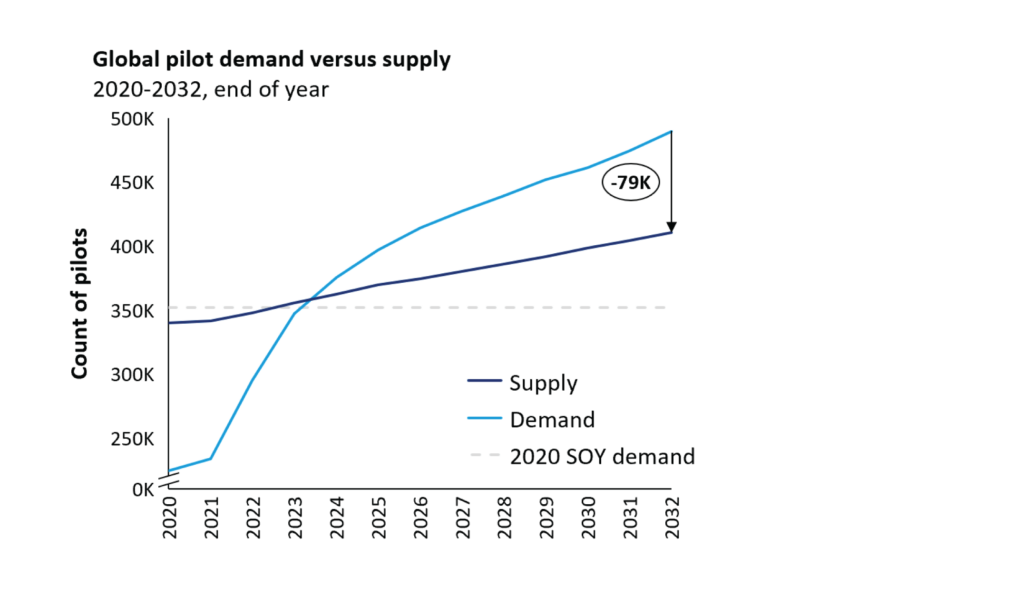 Asia currently has a surplus of pilots, mainly because strict COVID travel restrictions curbed air travel demand. But we anticipate that Asia will begin to see a shortage of pilots toward the end of the decade as demand growth resumes.

Only two regions are unlikely to experience the negative effects of the pilot shortage. In Latin America, demand is not expected to outpace supply, and in Africa, a small shortfall is expected to shrink over the decade as pilot availability increases.

There’s no quick fix to the problem. The industry could raise the mandated retirement age to 67 from the current 65. While that change might reduce the gap, it wouldn‘t eliminate it.

With all of these approaches, it would take years before the impact would be felt.

Another regulatory option is to reduce the requirement to complete 1,500 flight-hours before receiving a commercial airline pilot certification. This is viewed as a hurdle to attracting new pilots as it is costly and time consuming. However, there are also safety considerations for this regulation that cannot be equivocated away.

As an alternative, airlines are commencing an array of financing programs to support candidates through the various training stages. These programs could be expanded to provide greater sponsorship to aspiring pilots, making the profession more accessible and providing needed support and assurance at the nascent phases of a pilot’s career.

Finally, the industry could make a more determined effort to attract women and minorities to the profession. Currently, for instance, only 8% of all U.S. commercial airline pilots are women, according to the Pilot Institute, a flight training school. More women and minorities would increase the pool of candidates.

With all of these approaches, it would take years before the impact would be felt. In the meantime, the industry and travelers will have to figure out the best ways to live with not enough.

Geoff Murray is a commercial pilot and a Chicago-based partner and aerospace sector leader in Oliver Wyman’s Transportation practice.

Rory Heilakka is a partner in Oliver Wyman’s Transportation and Services and Pricing, Sales and Marketing practices, based in New York. He has advised clients on issues ranging from business design and go-to-market strategy to accelerating clients’ use of advanced analytics.

Andrew Medland is a partner in Oliver Wyman’s digital and transportation and services practices. Andrew specializes in operations effectiveness, digitization, and project management within the aviation, aerospace, and logistics industries. Among his many assignments, he has led post-merger operational integration programs, implementations of new pilot agreements, and the reorganization of airline cost centers. Andrew is based in the firm’s Dallas office.