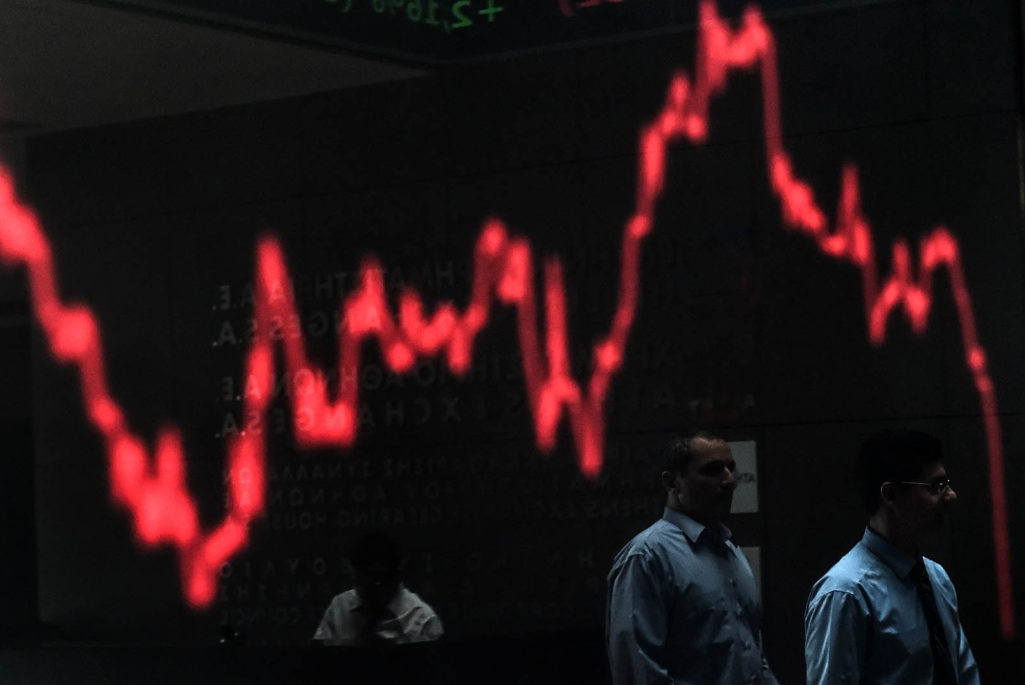 In this time of uncertainty, investors must remain vigilant, keeping an eye on the long-term horizon and challenge old assumptions that may no longer hold true.

Risk. Return. Distribution. Correlation. As we head into the uncertainty of 2017, portfolio managers will have no problem earning their fees. But as the yield curve on sovereign bonds, especially United States Treasuries, begins to edge higher, investors must remain vigilant. Now, more than ever, it is essential to keep an eye on the long-term horizon and challenge old assumptions that may no longer hold true.

Assumptions can be useful to simplify complex systems, but if left unexamined, they can do immense damage. A famous recent example is from 2008, when former Federal Reserve chairman Alan Greenspan admitted to a major flaw in his governing theory of markets, namely that they would police themselves as risk markets became more and more sophisticated. Nine years later, with uncertainty rife, consumer credit piling up and a new incoming administration, investors cannot afford exposure to another such flaw.

This is especially important for institutional investors. As a rule, institutional fund managers need long-term, low-risk, stable growth to meet large and predictable obligations. Many, including the largest pension fund, CalPERS, and the largest sovereign wealth fund, Norway’s, are doubly in the red. They are underfunded vis-à-vis their obligations and their annualized returns have not been hitting their targets. Indeed, the California pension giant is only 68 percent funded, while Norway’s fund requires 4 percent annual returns, but expects to average only 2.3 percent over the next three decades.

One assumption that needs to be checked is modern portfolio theory. Published by Nobel Prize-winning economist Harry Markowitz in 1952, the theory basically argues that investors are risk-averse, that risk should be modeled across the entire portfolio and, as an investor distributes holdings across a diverse array of assets, she should optimize the risk/reward relationship across her entire portfolio. The central theme of the theory is that it is important to hold assets whose performance is not strongly correlated. That way, if there is a shock in one sector, such as automobiles, the rest of the portfolio does not come crashing down around it.

For large fiduciaries, portfolio theory is more than a theory… it is a legally mandated obligation.

A Flaw in the System

For large fiduciaries, portfolio theory is more than a theory; it is a legally mandated obligation. Asset allocations are defined as a matter of policy and changed only by the action of the board, if not by a government authority. If there is a flaw in that theory, we will need to adapt the web of investments, business models and policies that flow from it.

And there is a flaw.

Simply put, portfolio theory assumes investments made by the federal government in the foundation of the U.S. economy will be reasonably well-designed and properly scaled. If this assumption does not hold, the full range of assets held in a portfolio will be compromised. Arguably, this is happening now.

The financial crisis of 2008 exposed the flaw. In previous economic crises, the problem started in a particular sector, such as energy, manufacturing, deficits, emerging markets or information technology. This time, the crisis was located center mass: the American Dream. That dream is correlated to just about everything: financials, energy, consumer goods, durable goods and bonds.

Recall this painful sequence of events: As gas prices doubled and adjustable rate mortgages reset, American families, piled high with credit card debt, could not pay all their bills and defaulted on millions of homes, which undermined billions in mortgages and trillions in derivatives, putting financial services firms’ balance sheets into question and freezing the commercial debt markets. In addition, the financial crisis happened just before the moment of a major demographic transition when demand for suburban lifestyles began to drain from the markets.

Why did the market miss this? Once again, we have an unexamined assumption. Investment in the structure of the American dream—specifically, investment in highways and subsidies for suburban mortgages—comes primarily from Congress, not from the private sector. With few exceptions, members of the House of Representatives and Senate left macroeconomic management to the Federal Reserve and just kept passing similar versions of the old mix of highway investment and suburban mortgage subsidies and guarantees. Made complacent by the monetary wizardry of Greenspan, Congress had largely neglected its role in shaping the basic contours of the American economy.

Far from challenging this assumption, nearly all parties involved during 2008-2009  were focused on the same goal: economic recovery. Recovery of what? Of the American suburban consumer economy. Yet after extraordinary intervention in the markets by two Congresses, two presidents and two federal reserve chairs, the economy still lacks sufficient “aggregate demand.” Home sales remain 20 percent below their 2006 highs while long-term unemployment, underemployment and diminished earning prospects are tearing at our social fabric. After three rounds of quantitative easing totaling over $4 trillion of monetary stimulus, we still seem to be in the midst of what Martin Wolf, associate editor and chief economics commentator for the Financial Times calls, a “contained depression.”

To be clear, the American Dream often conflates two things, one timeless and one time-bound. The pure form of the American Dream is the promise that every generation will do better than the last, a concept that is core to our basic social contract; however, after World War II, Madison Avenue actively merged that ideal with the suburban consumer lifestyle and ownership of a single-family large-lot home in the car-dependent suburbs. That part of the dream is changing, not in terms of the aspiration to own, but in the basic design of the ideal American lifestyle. It is that core assumption, that such a car-dependent lifestyle was both good for Americans and good for business, which no longer holds.

Today, 60 percent of Americans would prefer a walkable lifestyle. This reflects two generations arriving in the housing marketplace looking for the same product, but for different reasons. Boomers are looking for a smaller footprint in a walkable, service-rich and transit-oriented community with easy access to jobs and health care as they continue to work into what they thought was going to be their retirement. Millennials grew up in the isolated suburbs of the ’80s and ’90s and never want to go back and apparently have little desire to own a car.

Cities and counties are catching on, along with local chambers of commerce and commercial real estate developers: What attracts the talent is what attracts the employers. Subdivisions are too sparse and middle-class houses have too short a shelf-life to provide the tax base necessary to provide high-quality basic services such as education, public safety and recreation. The old suburban game is a fool’s errand: As newer housing with newer features is built further out, the home values closer in begin to drop. Builders get it, even if Washington does not: 50 percent of office and multi-family rental real estate investment since 2009 has gone into the 1 percent of metropolitan land that is walkable. That’s why 80 percent of transit-funding initiatives passed in the 2016 general election.

What Does it All Mean for Investors?

First, long-term investors should be screening their holdings for alignment with consumer demand. The immediate sector to examine is anything with exposure to residential and commercial real estate. Are funds investing in car-dependent or transit-oriented assets? Investing in low-density real estate only exacerbates default and systemic risk.

The real conundrum is what to do about U.S. Treasuries. Is federal debt being used to “recover” the old suburban lifestyle, or is it investing in the infrastructure of a walkable, transit-oriented economy in line with this decades-long trend in consumer demand? If the debt is being used to double down on highways and car-dependent suburban lifestyles, then institutional investors are doubling their risk: If federal debt is not deployed in a way that will improve the general economy over time, then tax revenues will not be sufficient to pay off the debt and inflating our way out of the debt runs the risk of even worse unrest at home.

The question of U.S. Treasuries is not just a decision in front of fiduciaries; it’s also one that will be made by foreign leaders. China, Japan, Saudi Arabia and other nations have been selling U.S. Treasuries at an unprecedented rate. From November 2015 to October 2016, foreign holdings of U.S. Treasuries dropped nearly 7 percent. If the U.S. does not get back in the business of sound macroeconomic policy, Washington will be unable to find cheap credit … and then everything gets much harder.