Who’s Driving the Financing of a ‘Green Future’? 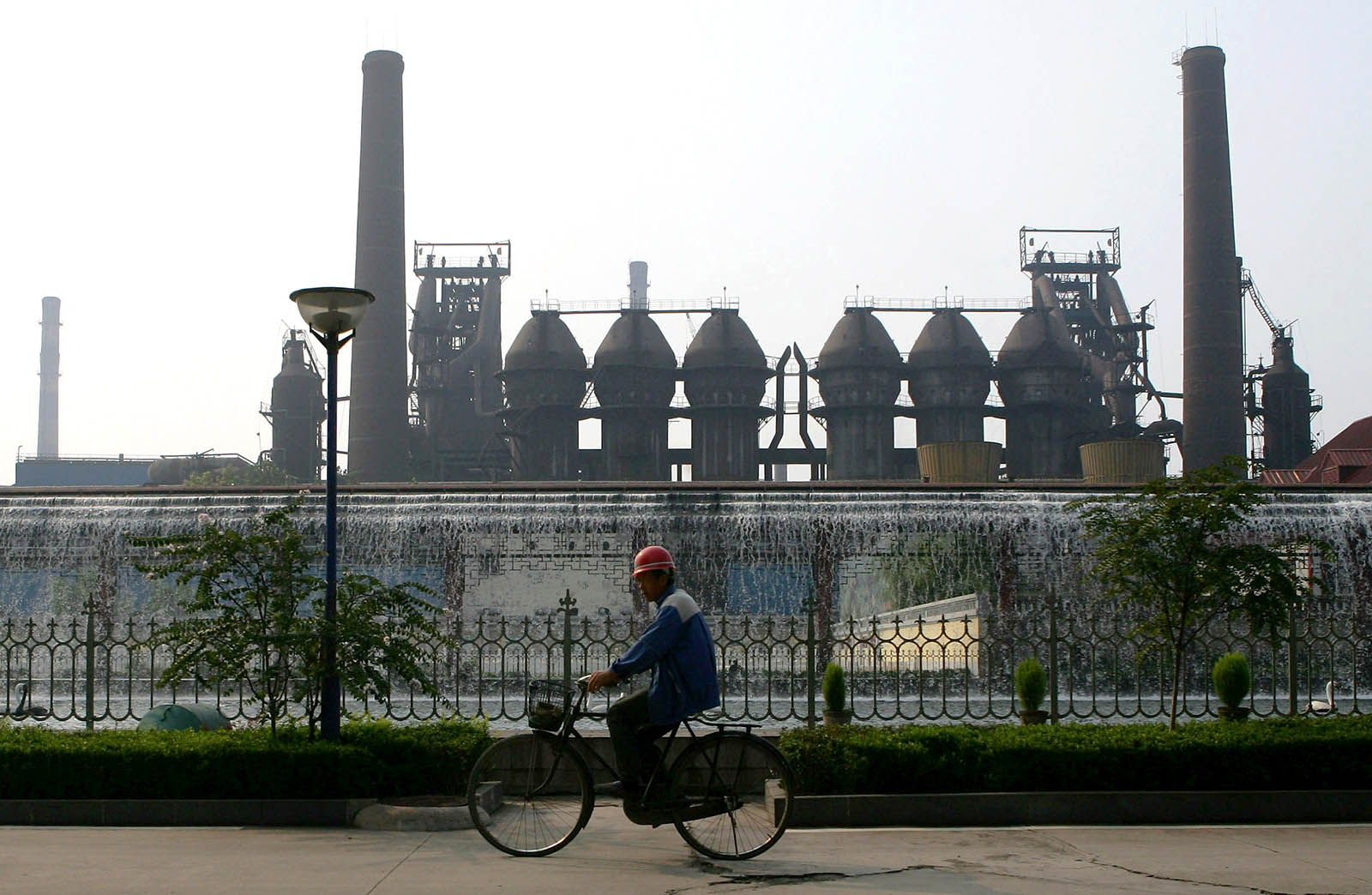 A Chinese laborer rides past an energy conservation and exhaust emission reduction system in Jinan, Shandong province of China.

The transition to a lower-carbon economy has already begun and will require a great deal of financing. Collectively known as “green finance,” these efforts are instrumental in creating carbon-reduction strategies, achieving sustainable development goals and building a climate-resilient future.

The question is: Who will drive green investment into the financial mainstream—investors or regulators?

The transition to a lower-carbon economy will involve various far-reaching changes, and no single definition for green finance holds across all countries and regions. Nonetheless, the common theme of green finance refers to investments that promote a sustainable, lower-carbon and climate-resilient economy.

More measures related to green finance were introduced between June 2016 and June 2017 than in any one-year period since 2000. These included implementing strategic policy signals and frameworks, supporting the development of local green-bond markets, and promoting international collaboration to facilitate cross-border green-bonds investments. The result has been increased flows of green finance, most notably in the issuance of green bonds, which doubled to $81 billion in 2016.

Though green bonds are the most common instruments, green financing principles can be applied across various financing and de-risking instruments. This includes traditional debt and equity and other tools along that continuum, such as credit enhancements. While green bonds are most commonly associated with green infrastructure financing, they may appear unattractive due to the common misconception that green infrastructure projects are less “bankable.” This is one of the factors leading to the so-called “green financing gap,” estimated at $2.5 trillion to $4.8 trillion. The gap is largely attributable to inadequate risk-adjusted returns, one of the key barriers facing private-sector financing of sustainable infrastructure, described in a recent report.

This gap can be bridged via credit enhancements from de-risking instruments such as insurance and derivatives, which remove some of the inherent risks that otherwise make an investment unbankable. With adequate credit wraps, green investments can be treated as de-risked products with higher returns and longer-term financial stability, with the eligibility for longer tenure.

As such, green financing instruments should be sufficiently broad so as to capture all the objectives of the respective green finance provisions. At the same time, however, the designation of green finance needs to be defined more narrowly so as to make the emerging discipline credible and actionable. Unifying criteria and standards is necessary to specify the scope and degree of “green” for investors and regulators, given the various initiatives across regions and countries to define environmentally friendly financial instruments and investment principles.

As it concerns both the direct and indirect risks of the transition to a lower-carbon economy—as well as the various associated opportunities—green finance has lately become a popular topic. Investors are recognizing the increasing number of green investment opportunities, along with new markets to penetrate and consumer bases to attract. Indeed, global sustainable investment stood at $23 trillion in 2016, a 25 percent increase from 2014 with a compounded annualized growth rate of 12 percent.

For example, in March 2017, global investment institution BlackRock listed climate risk disclosure as one of their key engagement themes in their investment priorities. Specifically, the firm will be asking companies to demonstrate how climate risks might affect their business and what their managements’ approaches will be to adapting and mitigating these risks.

Shareholders increasingly want to know what companies are doing to transform their operations and products to remain competitive during the transition to a lower-carbon economy. In 2017, a leading energy company was pressured by investors to report climate-related impacts on its business under a two-degree scenario. The move was a strong signal to the market that climate change is now considered a significant financial risk.

Getting Past the Tipping Point for Making Green Finance Mainstream

Investors may be driving the green finance initiative, but they cannot succeed without the support of other key stakeholders, according to a recent study by Marsh McLennan Companies’ Global Risk Center. Beyond institutional investors, there are markets in which regulators and policymakers appear to be more aggressive in leading the transition.

To better facilitate the development of green finance, the Luxembourg Green Exchange, in September 2016, opened a segment dedicated to Sustainable and Social projects bonds, a sector valued at over $23 trillion. It had increased the visibility of S&S projects and expedited their financing.

Meanwhile, in June 2017, the Securities and Exchange Board of India finalized the disclosure requirements for the issuance and listing of green debt securities, which will raise funds from capital markets for green investments in climate change adaptation, and more specifically for renewables and clean transportation.

The French Energy Transition for Green Growth Law was enacted in January 2016, mandating that institutional investors and fund managers disclose in their annual reports how climate change considerations have been incorporated into their investment and risk management policies.

China has also been ambitious in launching pilot zones to focus on different aspects of green financing in the provinces of Guangdong, Guizhou, Jiangxi, Zhejiang and Xinjiang. The program encourages banks to explore new financing mechanisms and incentivizes the financial sector to accelerate advancements of green insurance and credit enhancement instruments in these provinces.

Investors are undoubtedly the key driving forces, but to drive further demand at this nascent stage, government intervention is likely necessary. Regulators and/or policymakers might need to step in with subsidies, risk-mitigation mechanisms, and guarantee mechanisms to boost green investments.

This year’s G20 summit in Germany concluded that green finance will be key in addressing a host of global challenges. This echoes the call at the previous year’s summit to scale green financing for driving environmentally sustainable growth.

2017 has since seen significant progress by world leaders, national initiatives and investors alike in fostering sustainable global growth through green finance. The G20, the UN Environment Program and the Monetary Authority of Singapore sought to build awareness for green finance and maintain momentum in this regard—the G20 Green Finance Conference was held in Singapore just last week.

Ensuring that industry views are heard, such events promote the development of a green financial system, workable from a capital markets perspective, and aligned with the national and international commitments of the Paris Agreement. This is not only for better protection of the planet, but also to provide businesses and corporations the opportunities that green finance has to offer in developing a more sustainable business environment and transitioning into a lower-carbon future economy.

Alan Jenn Assistant Professional Researcher at The Institute of Transportation Studies at the University of California, Davis
URL: https://www.brinknews.com/whos-driving-the-financing-of-a-green-future/
Get ahead in a rapidly changing world. Sign up for our daily newsletter. Subscribe
​​