Why Business Should Care About Biodiversity Loss 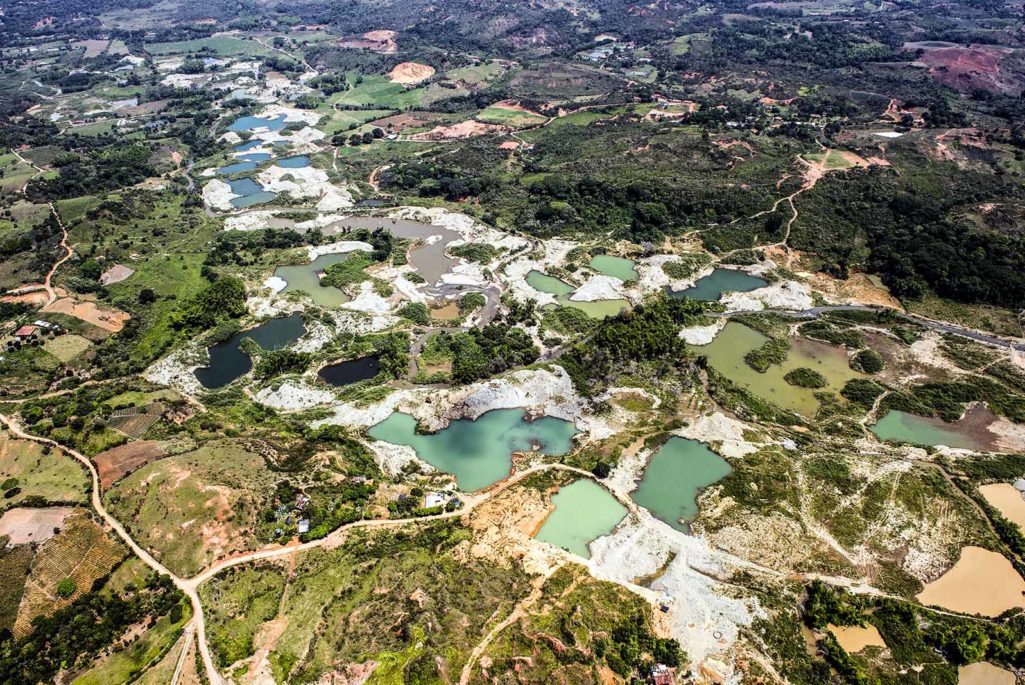 Aerial view of an illegal mining area on the banks of the Cauca river, in Colombia. Illegal mining activities take place mostly in areas of environmental conservation and produce ecosystem pollution, loss of animals' habitats and displacement of native communities. The inappropriate use of chemical products, such as mercury, causes pollution in watersheds.

Identifying risks in a coal mine is relatively easy; just bring a canary.

It works on a planetary level, too. Just look at the health of global animal populations, which have declined at an alarming rate: 58 percent between 1970 and 2012. Under a business-as-usual scenario, this figure could climb to 67 percent by 2020, according to World Wildlife Fund’s latest Living Planet Report.

For companies and brands that rely on renewable resources in their supply chains, this loss of biodiversity is a clear reminder of how rapidly and extensively critical ecosystems are being degraded. It’s also a stark reminder that companies should be looking at the big picture when considering business risks.

The Living Planet Report describes nine planetary boundaries that, once exceeded, “will cause unacceptable and irreversible changes to resources that we depend upon.” Of those nine, we have already exceeded two: the level of biodiversity necessary to maintain resilient ecosystems and the balance of nitrogen and phosphorous. We may also have surpassed the planet’s tolerance for the loss of forests, grasslands, wetlands, coastal habitats and coral reefs.

In each of these areas, food production both threatens and is threatened by the degradation of critical ecosystems and the renewable resources they provide. This means that slowing and reversing the loss of biodiversity is critically important not only for the environment, but also for the global food system’s resilience and economic sustainability. Without functioning landscapes to filter fresh water, build fertile soil or renew fish stocks, food production, bottom lines and people suffer. The canaries are telling us that we are mining our renewable resources at unsustainable rates.

Losses on Land and at Sea

Across each of the planet’s three major systems—terrestrial, marine and freshwater—food production drives biodiversity loss.

The Center for Biological Diversity estimates that global food production is responsible for 70 percent of human-induced biodiversity loss globally. In addition to losing species, we are losing the populations that are necessary to keep their diversity. The Living Planet Report found that between 1970 and 2012, wildlife populations in forests, grasslands, woodlands and other terrestrial ecosystems declined 38 percent. Agriculture is the leading cause of deforestation, particularly the expanded production of beef and soy in Latin America, palm oil in Indonesia and Malaysia and cocoa in West Africa.

Biodiversity loss is a stark reminder that companies need to look at the big picture when considering risks.

Marine biodiversity declined 36 percent between 1970 and 2012, driven mostly by overfishing. More than 30 percent of the world’s fisheries are harvested beyond their biological capacity. We must reduce excess fishing capacity and output to allow the stocks to rebound. Nearly 60 percent are being fished right up to their limits, leaving no room for increased sustainable production or responses to anticipated weather variability and production variations from climate change.

Unfortunately, biodiversity suffered its most dramatic decline in freshwater systems: 81 percent between 1970 and 2012. Here, again, agriculture is a significant contributor, in particular through its use of nitrogen and phosphorous. These elements are plentiful in our environment, but they are overused or misused as fertilizer on croplands. Along with pesticides and eroding soil, they run off into lakes, rivers, streams and coasts that people rely on for drinking water, recreation, food and jobs.

These and other agricultural practices—such as tillage, annual cropping without rotations and the excessive use of pesticides—accelerate soil erosion and diminish the land’s productivity. Using tools and techniques such as cover crops, conservation tillage, terracing and buffer strips—which depend on local conditions—can help rebuild organic matter in soil so the land retains water, builds fertility and ultimately increases productivity and profit while requiring fewer inputs. Such practices build soil that is more resilient to erosion, drought, flood and other effects of climate change.

The global population will approach 10 billion within the next few decades, and per capita incomes will nearly triple. Overall demand for food will double just at the moment that we have already begun to exceed the planet’s carrying capacity.

Increasing income and the well-being of all are moral imperatives. So, reducing income is not the solution to mitigating environmental, social and economic risks of natural resource degradation. Changing production and consumption are.

Increasing transparency and eliminating illegality is a critical solution that would help reduce the impact of food production on terrestrial, marine and freshwater biodiversity. Because our food systems have become so global, it is difficult to track commodities from farm to table. Opaque supply chains and resource degradation increase risks for companies whose valuations are driven by brand and reputation, license to operate and access to markets and raw materials.

By using technology to shine light on their supply chains, companies can uncover and eliminate hidden risks and illegality—from slave labor in shrimp-processing plants to illegal cocoa production in national parks—and ensure that customers are getting the food they think they’re buying. Transparency also allows companies to begin to identify, measure and manage resource use and impacts and engage producers to help reduce the impacts of production not just today, but over the long term.

The converging trends of population increases and income growth and the decline in biodiversity and ecosystem services are evident. They represent a significant risk to the food system, another increasingly planetary system on which everyone depends. If businesses want to maintain their license to operate today and ensure a stable supply of renewable resources tomorrow, they have to think, engage and act on a planetary level. They will need to work with supply chains as the integral partners they already are.

Looking ahead, we are going to have to produce more food over the next 40 years than we have in the last 8,000. The question is: Can we do so without degrading ecosystems and natural resources past their limits? If the canaries—indeed, all animals, plants and microbes—are any indication, we must.

Mark Campanale Founder and Executive Chair of The Carbon Tracker Initiative
URL: https://www.brinknews.com/why-business-should-care-about-biodiversity-loss/
Get ahead in a rapidly changing world. Sign up for our daily newsletter. Subscribe
​​