A $2 Trillion Object Lesson in Sustainability from Saudi Arabia 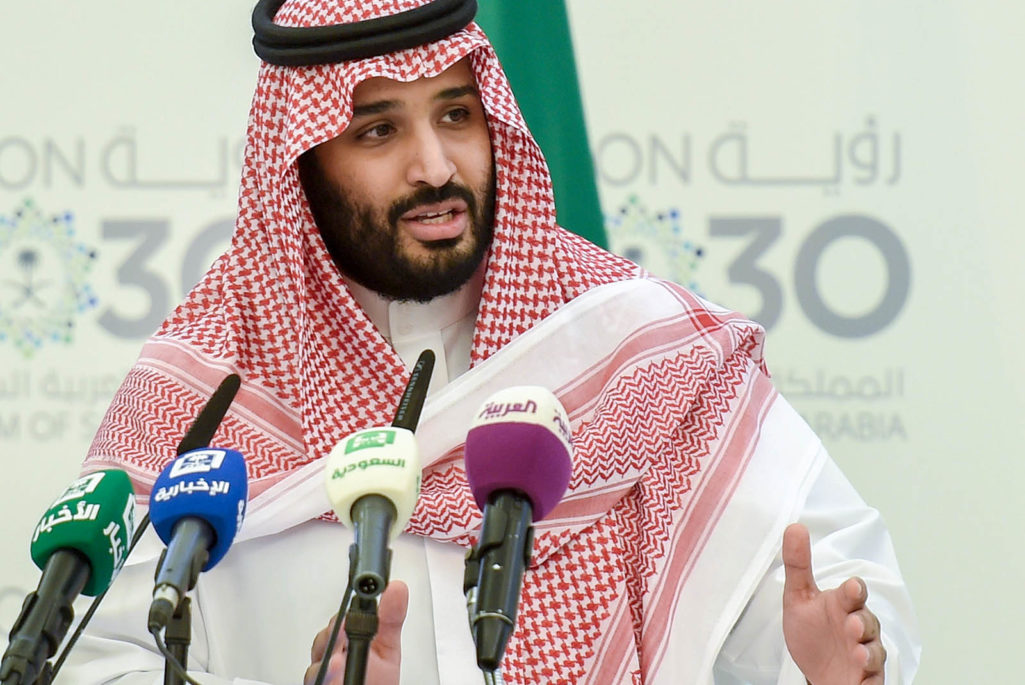 Saudi Defense Minister and Deputy Crown Prince Mohammed bin Salman answers questions during a press conference in Riyadh at the launch of ’Vision 2030,’ his vast plan to restructure the kingdom's oil-dependent economy.

If his plans succeed, he’ll also be the world’s largest impact investor. And like any impact investor, the deputy crown prince’s ESG strategy (environment, social, governance) is at the center of his thinking. More than that, his approach is opening up a new front in the effort to address global climate change.

At the core of the youthful prince’s strategy is the historic initial public offering (IPO) for Saudi Aramco, the kingdom’s national oil company. Slated to value the fossil fuels giant somewhere between $1-1.5 trillion, the story of the IPO itself (and the record fees for floating it) has eclipsed the fact that the owner of the world’s largest oil company is, in effect, divesting a portion of its interest (five percent, initially) and preparing to invest the proceeds in a cleaner, greener, more resilient economic hypothesis.

It’s a bold and brilliant move for Saudi Arabia, and because of the prince’s goals and the scale of his ambitions, it’s essential that other long-term investors concerned with macroeconomic health and risk begin to understand its basic structure—and help it succeed.

First the rationale. Shale oil production, challenging domestic demographics, pressing regional security matters, and the need to renew the contract between the royal family and a new generation of Saudis have shattered the status quo. In addition, Saudi Arabia, a late but a full signatory to the Paris Agreement on climate change, has now recognized that the increase in atmospheric carbon is man-made, that business-as-usual emissions will make Saudi Arabia unlivable, and that this is in part due to burning Saudi Arabia’s fossil fuels. All of these factors are forcing new thinking.

But the more immediate threat to Saudi Arabia is the slow and uncertain way the world is planning the necessary global transition. Oil prices are low and long-term investment in oil and gas infrastructure is increasingly difficult, as 1,500 investors from 50 countries managing $60 trillion of assets have now adopted the Principles for Responsible Investment, which require ESG to be incorporated into decisions. With extreme weather events occurring more frequently than scientists predicted, and no meaningful transition plan, a devastating storm, flood or drought could trigger a series of policy reactions that preclude an orderly transition to sustainability, leaving the oil-revenue-dependent government vulnerable.

The very survival of Saudi Arabia is at risk given that the International Energy Agency estimates no more than one third of proven global reserves of fossil fuels can be burned if the planet is to stay within the Paris Agreement’s limits, that Saudi Arabia controls 16 percent of global reserves, and that 80-90 percent of the government’s funding comes from oil and gas.

Orderly or disorderly, the endgame is clear: The world will, sooner than expected, stop using Saudi Arabia’s primary product and source of revenue. This was evident enough to the country’s last monarch, King Abdullah bin Abdulaziz, who in 2015 asked Prince Mohammed bin Salman, or MBS, as he is known, to begin planning a new economic strategy for his successor (the prince’s father and current king, Salman bin Abdulaziz). And that’s exactly what he did. MBS proposed to invest in the core infrastructure for a post-oil economy. It’s actually what all impact investors need to be doing.

A New Vision for the Kingdom

The plan, published in 2016, is called Vision 2030 and it represents a 21st century grand strategy of sorts. Key to that strategy is for the kingdom to consolidate a number of existing funds, including the proceeds of the Aramco IPO to create a single, $2 trillion sovereign wealth fund. Half of that fund will then make the kinds of domestic long-term investments in infrastructure and economic development that the private sector is too impatient to do well. The other half will invest outside of the country in income-producing investments that reinforce Vision 2030.

Instead of hedging risk in a dysfunctional global economy, Saudi Arabia is investing in a healthier domestic system.

Domestically, Vision 2030 is a solid plan for what needs to happen. First, Aramco will diversify—especially into non-combustion petrochemicals so that their oil and gas assets are not completely stranded—and they will spend $30-50 billion on renewable energy.

Second, the kingdom will build a new ecosystem of small- and medium-sized businesses that make new products from those petrochemicals, adding value to the kingdom’s commodities that will produce the income necessary to sustain a thriving society.

Third, the kingdom will build a more vibrant place for its citizens to live, investing heavily in world-class smart, healthy, and sustainable cities. In a reference to gender-based discrimination, the prince also realizes that his country “can’t thrive while curbing the rights of half its population,” according to a recent interview.

Vision 2030 demonstrates that Prince Salman Al Saud has figured out an elusive lesson about managing risk when you operate at significant scale: the best way to predict the future is to create it.

Instead of hedging risk in a dysfunctional global economy, MBS is choosing to actively change that economy in a way that creates a healthier global and domestic system. If he can mandate that Saudi cities be built from advanced polymer building materials, he could even position Saudi Arabia to corner a massive new market.

What the prince cannot control, however, is how fast and how orderly the rest of the international community transitions away from the 20th century combustion economy. This is where the choices he makes with the externally invested half of the investment fund will be critical.

And while some of his advisors may counsel him to be cautious and invest in new-economy public equities like Apple and Google, the time for caution is past. Saudi Arabia would be better served by partnering with other impact-oriented sovereign wealth funds, institutional investors, and even the multi-trillion dollar Divest/Invest coalition to help create the conditions around the world for a more rapid and predictable global transition to sustainability.

Prince Mohammed bin Salman’s radical experiment must succeed. And it can, as large-scale investors realize their inability to hedge overwhelming risk and start investing in a more strategic way.