A Canadian Perspective on the CUSMA 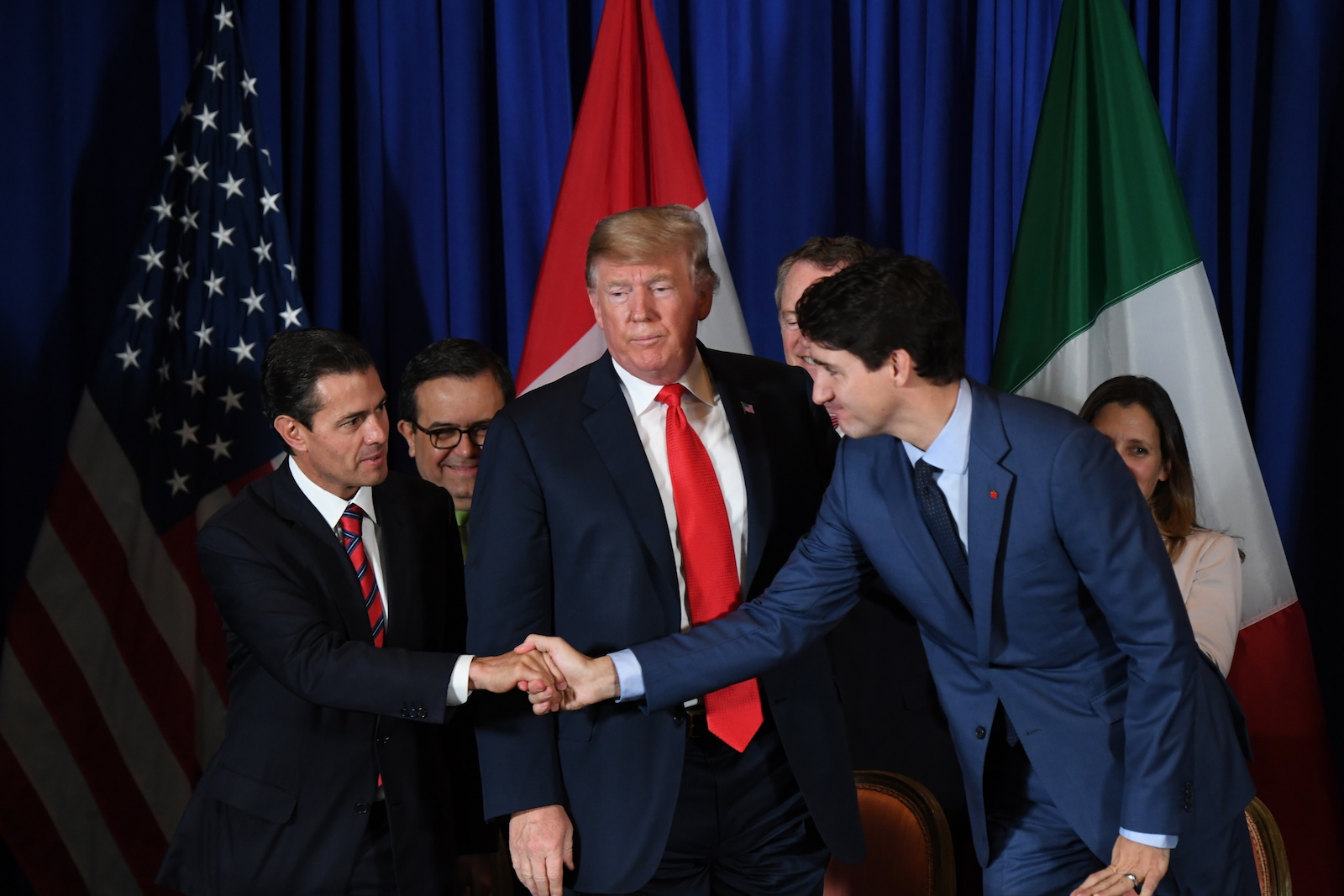 From a Canadian business perspective, restoring a more certain trade environment in North America is at the top of any wish list for 2019. The American Section 232 tariffs on steel and aluminum last year sent a shock wave through the Canadian business community—one that is accentuated by the threat of further action resulting from ongoing investigations on automobiles and uranium.

And it is not just the tariffs that are the problem. Compounding the damage is the ostensible reason why the action was deemed necessary: that imports of these Canadian products were deemed to be threatening the national security of the United States!

An Attack on International Trade Rules

By any measure, the Section 232 tariffs are an attack on the integrity of the international trade rules. And of course, Canada, along with a number of other major trading partners of the U.S., has retaliated in kind causing further damage to supply chains and businesses in North America. Any Canadian perspective on the new USMCA, or CUSMA as we call it in Canada, needs to be filtered through this jarring experience.

Business confidence was further undermined by the American approach in the NAFTA renegotiations. The stated purpose of the United States was to “rebalance” the trade rules governing the North American partnership. Canadians were certainly ready to improve and modernize the NAFTA, but we thought we already had a very well-balanced trade relationship with the United States. And, of course, during this whole process, President Donald Trump was regularly calling NAFTA the worst trade agreement ever negotiated and threatening to pull the plug on it by invoking the six-month withdrawal clause.

Now, fortunately, the three countries have reached an agreement on a replacement for NAFTA, signed by the three leaders on November 30. To many observers, the new deal is both better and worse than the original NAFTA. Better because it contains important modernizing elements that help bring NAFTA into the digital age as well as other improvements, for instance, in regulatory cooperation.

On the negative side, it weakens the discipline on the use of the national security exception. It also contains new rules of origin for automobiles that please labor unions but arguably weaken the international competitiveness of the North American industry. Fundamentally, it maintains most of the NAFTA more or less as is: duty-free treatment for almost all goods, strong disciplines on services and investment and somewhat strengthened rules on intellectual property. Importantly, it is an agreement that President Trump now touts as the best agreement ever negotiated.

So this new deal removes an important element of the uncertainty that pervaded the business climate. Unfortunately, it is not yet a done deal. It still needs to be ratified in the three countries.

Will It Ever Be Ratified?

In Canada, the ratification process is straightforward. In fact, the government has already submitted the Canada-United States-Mexico Agreement to Parliament. Parliament is not required to approve the agreement; it merely considers it and can recommend, although not block, ratification.

Parliament does, however, have to pass domestic implementing legislation, which it cannot do until 21 sitting days after the agreement itself has been submitted to Parliament. The implementing legislation will almost certainly be approved because the governing liberals and the opposition conservatives both strongly support North American free trade.

In Mexico, Senate ratification is not expected to be a problem.

However, as almost everyone is aware, the approval process in United States Congress will be much more controversial. With calls from both the left and right to “improve” the agreement, there is risk of unraveling.

That could come in several forms: reopening the deal itself, altering aspects of it through the use of side letters, affecting its meaning through creative drafting in the implementing legislation, or by rejecting the deal outright. And, of course, President Trump has said he will be shortly giving notice of his intention to withdraw from the existing NAFTA, presumably to concentrate minds in Congress on the need to ratify the new deal. Such prospects mean the uncertainty will continue until Congress approves or rejects the deal.

However, a fair amount of progress in pursuit of diversification has been made. While Chrystia Freeland, Canada’s Foreign Minister, has had responsibility for the NAFTA renegotiations, Jim Carr, Canada’s Minister of International Trade Diversification, has also been very active. A year ago Canada’s ambitious free-trade deal with Europe (CETA) came provisionally into force.

The new TPP, the Comprehensive and Progressive Agreement for Trans-Pacific Partnership came into force on December 30. Among other things, it establishes a free-trade partnership between Canada and Japan.

Canada has also been looking at ways to deepen and strengthen trade ties with China, Canada’s second largest partner. That process is complicated by the trade tensions between the United States and China that seem to be an offshoot of a larger struggle between the two dominant powers of the 21st century.

Minister Carr has also been working on WTO reform, and in October, he convened a working meeting of 13 trade ministers to discuss WTO reform and modernization. The discussions were productive, and more meetings are planned. International rules for several important areas of trade are addressed only by the WTO, including the use of antidumping duties, the use of countervailing duties, subsidy disciplines (including for agricultural support), and government procurement rules, which are no longer provided for in the new USMCA. In addition, WTO dispute rules remain the preferred manner for settling Canada-U.S. trade disputes.

Let’s Dispel the Cloud of Uncertainty

Most Canadians consider themselves fortunate to have the United States as our neighbor and largest trading partner. A strong network of cross-border relationships between businesses, people, and political leaders at the regional and local levels buttresses the management of the relationship at the national level.

Trade shocks of the last two years have bruised the relationship, but the ties remain strong. What is needed now is a new effort to further strengthen those ties and dispel the cloud of uncertainty hanging over the conduct of business in North America. Canadians and Americans should be working together to strengthen our partnership and reform the WTO rules, not fighting with each other in a way that weakens our capacity to take on an increasingly competitive world and succeed.

Chris Miller Associate Professor at the Fletcher School at Tufts University
URL: https://www.brinknews.com/a-canadian-perspective-on-the-usmca/
Get ahead in a rapidly changing world. Sign up for our daily newsletter. Subscribe
​​