Argentina’s New President Faces a Country in Crisis. Where Will He Begin? 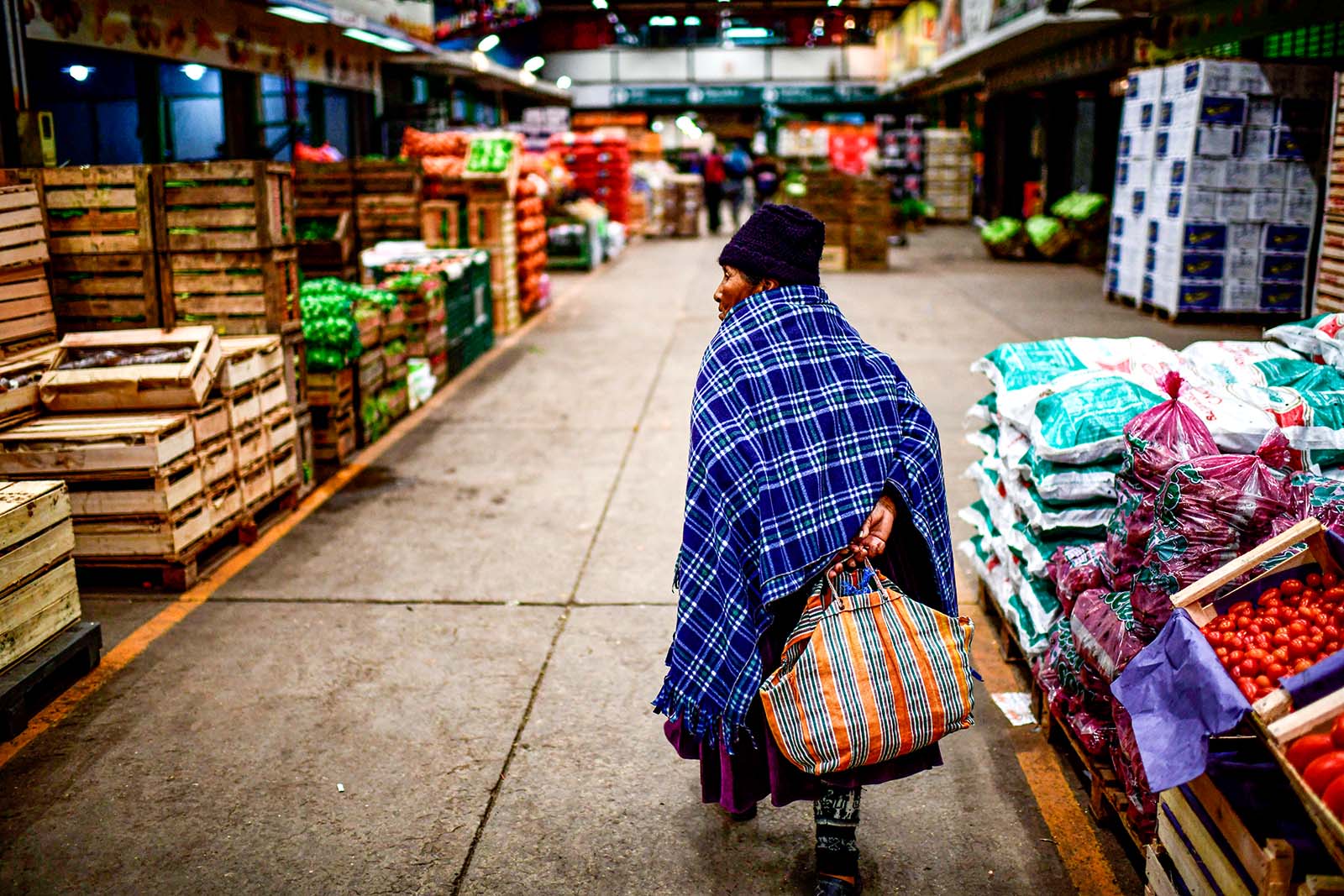 Customers at the Central Market are disheartened as they face Argentina's historic high inflation. The incoming administration will face key questions about economic policies, which will define the new president as a reformer or a populist.

Play it again, Sam! Argentina has, once more, elected a populist Peronist to power. On December 10, Alberto Fernández takes the helm of a country facing its worst stock market rout in decades, 55% inflation, a deep economic recession, rising poverty and a plunging currency.

To say that Mr. Fernández is an enigma is a vast understatement. On the campaign trail, he was vague about his plan to solve Argentina’s economic woes. While he has the reputation of a largely pragmatic and moderate Peronist, nobody knows what he owes Cristina Kirchner, the populist former president, who will be his vice president, for facilitating his nomination as the Peronist candidate.

Argentina is staring down the barrel of $100 billion in foreign debt. Outgoing President Mauricio Macri accepted a record $57 billion loan from the International Monetary Fund (IMF) to mitigate the pain of fiscal cuts. The country is now running out of money.

On the one hand, the IMF holds much leverage and the support of the Trump administration. U.S. Treasury Secretary Steven Mnuchin already warned the incoming administration in Buenos Aires about the importance of paying the IMF. On the other hand, the IMF is clearly embarrassed by its bet on current President Macri. Its financing is conditioned on austerity measures, and when it became clear that Mr. Fernández would win, the IMF suspended the coming $5 billion installment. Indeed, there is widespread doubt about President-elect Fernández’s willingness to continue with austerity.

The Specter of Default

Private sector creditors will be pushing for generous terms, further subjecting the IMF to accusations that it is lending public money for the sole benefit of private investors. Indeed, expect the IMF to press bondholders to bite the bullet on some losses.

Major negotiations will soon be coming to a head. With $30 billion-worth of debt still due in 2019 and several big payments to the IMF scheduled, Mr. Fernández will try to gain more wiggle room on austerity measures, like spending cuts and revenue raising.

Yet, the specter of default will hang like the sword of Damocles. The country is on track to end the year with just $8 billion in savings. A weaker peso makes it more expensive for the country to meet dollar-denominated loans. And the populist wing of the Peronists may choke off any politically painful effort to take on Argentina’s labor market or pension systems.

What Kind of President Will Mr. Fernández Be?

The million-peso question is how Mr. Fernández plans to revive the economy more broadly. Will he end up being a surprise moderate like former Argentine President Carlos Menem, who ruled as a free market Peronist? Or will he return to Kirchner-style government interventionism, with high taxes on exports and tougher capital controls?

The administration will fast face key questions about economic policies and modernization, which will define the new president as a reformer or a populist.

There are some encouraging signs of pragmatism. Last August, he told executives that mineral shipments are needed to boost inflows of hard currency. He has similarly supported bringing in dollars from agricultural and shale exports. Indeed, there are rumors of a new draft petroleum law for the massive “Vaca Muerta” shale operation, which would ensure operators a clearer regulatory framework.

The Power Behind the Throne

These are all positive signs. But none of these projects are enough to solve Argentina’s problems. As a result, wariness and uncertainty are widespread in Argentina. For example, farmers expect Mr. Fernández to return to Kirchner-style taxes on crop and beef exports to fund social spending and service debt. In turn, some agricultural players are already returning to soy monoculture, given that soybeans are cheaper to grow.

Just how much Ms. Kirchner will influence these decisions is unknown. Her former economics minister, Axel Kiciloff, is the new governor of the all-powerful state of Buenos Aires — an entity with huge negotiating power on the federal budget. A return to the Kirchner days of deficit spending may only result in exacerbating the previous government’s economic woes — accelerated capital flight, crippled industrial sectors and rising inflation.

Ultimately, how Mr. Fernández will govern remains a mystery. As Benjamin Gedan, former South America director on the U.S. National Security Council, recently said on the Altamar podcast: “It’s really remarkable that immediately after an election of this intensity in an economy of this importance, that it’s such a mystery who they just elected — and frankly it remains highly unknown.”

He congratulated President Evo Morales in Bolivia amid allegations of election stealing in the city of La Paz. His repeated call to free Brazil’s former President Luiz Inácio Lula da Silva from jail has drawn the ire of President Jair Bolsonaro and could spell trouble for Mercosur. Mr. Fernández’s first international trip is predicted to be to see President Andrés Manuel López Obrador in Mexico.

There’s also the ever-defining stance on Venezuela, which Mr. Fernández declined to call a dictatorship. On the campaign trail, Mr. Fernández suggested that Argentina could leave the Lima Group, which has been pushing President Nicolás Maduro to allow for free and fair elections. The Trump administration is, no doubt, watching closely. As the largest shareholder of the IMF, the U.S. will be less willing to lend support to the fund if there’s a whiff of Argentina cozying up to President Maduro.

Most concerning to Washington will be Mr. Fernández’s relations with China. With no money in the state coffers and campaign promises of social spending, Mr. Fernández could well return to the Kirchner administration’s cozy relationship with China in the hope of receiving much-needed financing. Times have changed, though. China is currently Argentina’s largest lender and biggest purchaser of Argentinian exports, and it has invested billions of dollars in infrastructure projects — including under President Macri. Any sign of even closer relations with China will be an instant irritant with Washington.

Is There Potential for a Middle Ground?

The incoming administration will fast face key questions about economic policies and modernization, which will define the new president as a reformer or a populist.

The Fernández-Fernández de Kirchner administration sounds a lot like the same Peronist tune, but maybe this time they will sing in a more moderate key.

Alain Frachon Senior columnist for Le Monde
URL: https://www.brinknews.com/argentinas-new-president-faces-a-country-in-crisis-where-will-he-begin/
Get ahead in a rapidly changing world. Sign up for our daily newsletter. Subscribe
​​