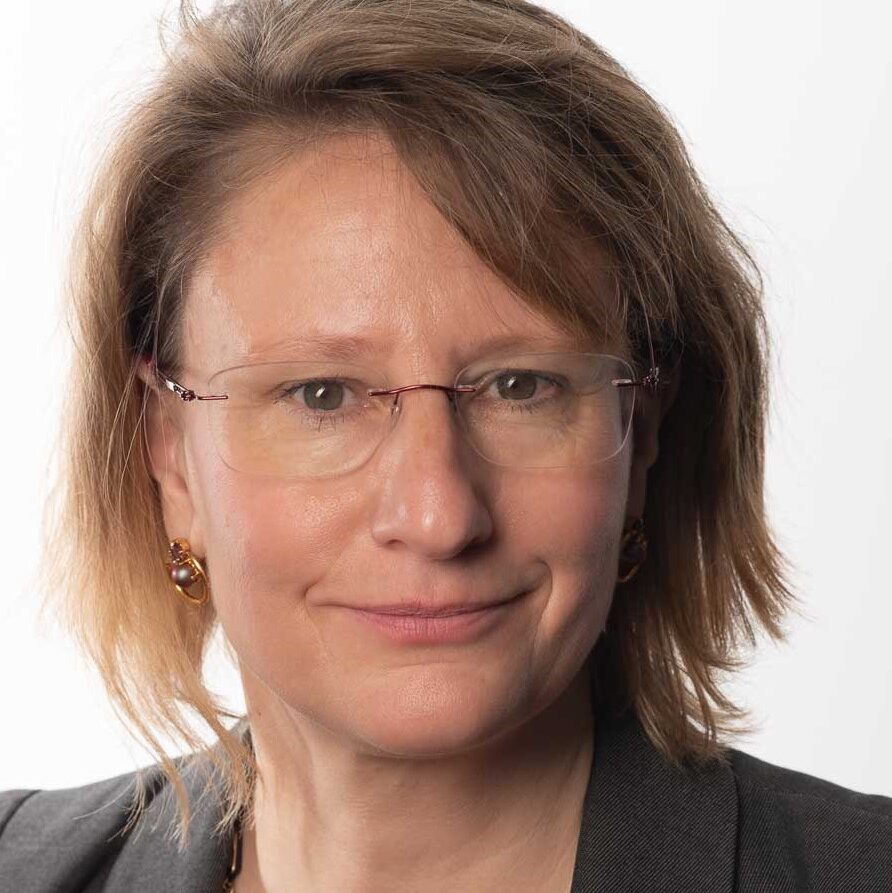 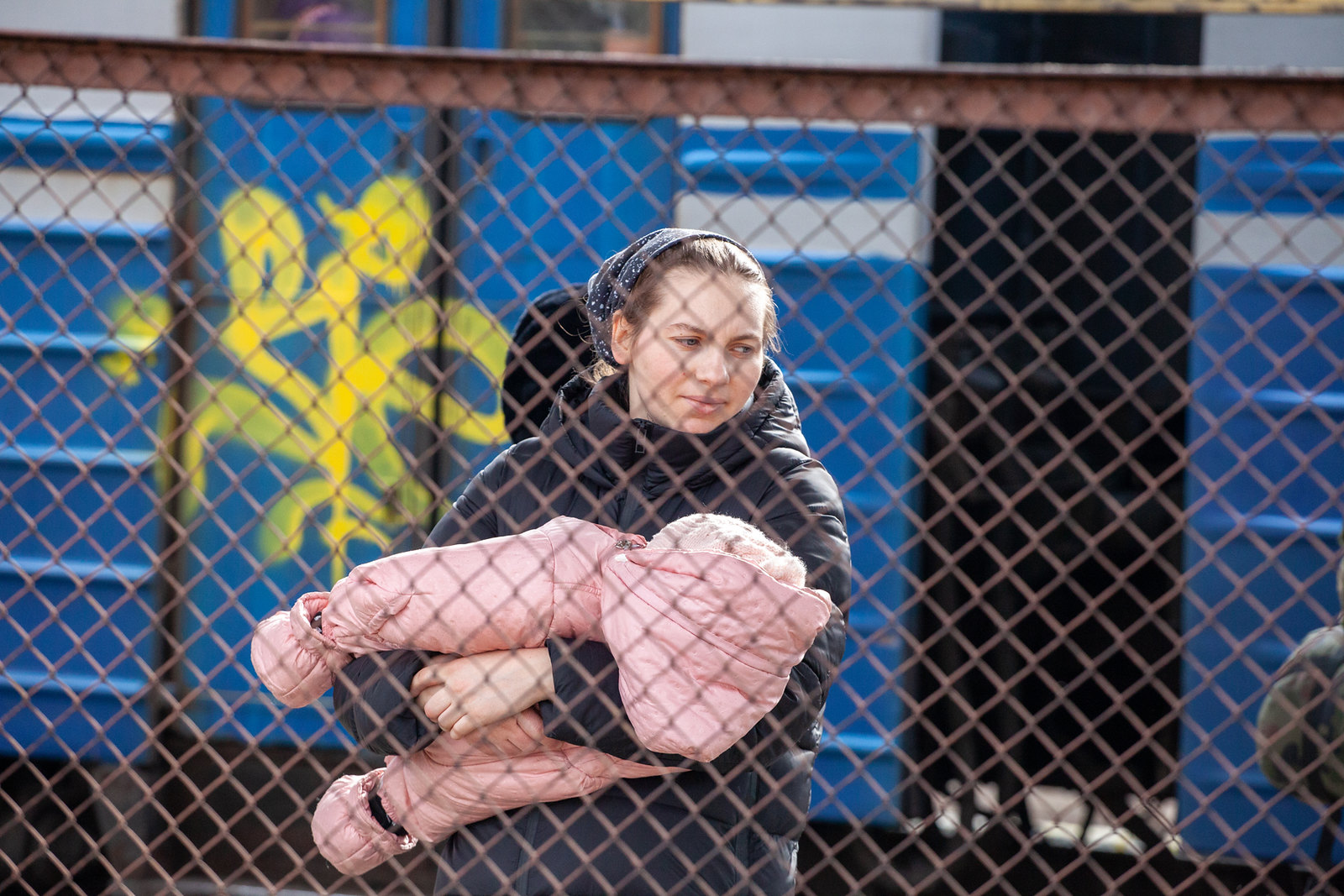 A Ukrainian mother and child cross the border into Poland on February 27, 2022. 1.9 million people have arrived in Poland since Russia's invasion of Ukraine.

The number of refugees who have entered Europe in the last month is unprecedented, and the economic and social impact on the region is just beginning to be felt. The EU’s Temporary Protection Directive allows the refugees to work and have access to welfare — an unprecedented move for the EU.

BRINK spoke to Catherine Woollard, director of the European Council on Refugees & Exiles (ECRE) in Brussels, about what we should expect.

WOOLLARD: The arrival of three million refugees from Ukraine in the space of three weeks is something unprecedented in European history, but also, in terms of global displacement crises, it’s among the most serious.

The majority have gone into Poland, where around 1.9 million people from Ukraine have so far arrived. Beyond that, Hungary, Slovakia and Romania are the other main countries of destination in the EU. There’s also quite a large number of people who have been in or crossed through, or are still in Moldova, a small, very poor country between Ukraine and the EU.

No Need to Apply for Asylum

The response from the EU side and from national governments in Europe has been very positive so far and what we would have hoped for. That includes triggering the Temporary Protection Directive (TPD).

People are being supported. They’re being offered accommodation, food — basic needs are being covered, but in most cases, they haven’t been formally registered, and that will be taking place now. What was prepared by the European Commission and agreed by the member states is a comprehensive package of rights for those covered by the TPD. And that gives the people leaving Ukraine access to work, education, assistance and housing.

What we’re hoping for here is what we might call a win-win situation. There is a way to make this work for Europe, which can be done through ensuring integration.

During previous displacement crises, we and others urged the triggering of this instrument, the Temporary Protection Directive, because it’s designed exactly for this kind of situation where there’s a large scale of arrivals of refugees, of people in need of protection. And in 2015 and 2016, when large numbers of Syrian refugees arrived in the EU, it should have been used. It would’ve been a more efficient way of managing the arrivals of people at that time.

No Shortage of Money

BRINK: Who pays for this?

WOOLLARD: The costs will be shared between the governments and the EU. The EU has an extensive amount of funding available for this kind of situation. It has emergency funding under AMIF, its Asylum Migration and Integration Fund. There’s also funding being deployed linked to civil protection mechanisms, and there’s funding under the EU’s cohesion funds for supporting member states. So, there will be no shortage of money.

The issue is that the money has to be well spent. And the question arises as to the absorption capacity of some of the governments that are managing this situation. So, we urge monitoring in the use of this money and a distribution of the funding to the organizations that are best equipped to manage the situation, which include civil society and international organizations.

What we’re hoping for here is what we might call a win-win situation. There is a way to make this work for Europe, which can be done through ensuring integration, such that people are actually contributing as soon as they can, as soon as they’re in a position to do so, through working, paying taxes and being a part of society.

And that means that there are benefits to Europe, which needs new populations.

The Risk of Exploitation

BRINK: Now it has been triggered once, do you think the TPD would be triggered again in the event of another influx of refugees from outside Europe?

WOOLLARD: We would hope so because that’s why the instrument exists. It exists to deal with exactly this kind of situation.

Unfortunately in recent years, a lot of resources — financial, diplomatic, political — have been expended on trying to prevent refugees arriving rather than trying to manage the arrivals of displaced people in a way that is mutually beneficial, that supports them in the unfortunate situation that they face, where they have no choice but to arrive, but that also works in a better way for Europe.

BRINK: One of the unusual characteristics of this exodus is that it’s mostly women and children — does that complicate the picture?

WOOLLARD: Yes, because men are being conscripted and required to fight, it is very predominantly women and children arriving. And that means that there is a heightened risk of exploitation. That is always a risk in displacement crises because people who are displaced are by definition at risk of violations of different types, including at risk of being trafficked, for instance, and other forms of exploitation.

In addition, children have a particular status in International Refugee Law and in International Law in general, under the convention on the rights of the child. And that means they have special needs that have to be recognized.

In other displacement crises, we see particular hostility toward young men and also boys, male children, arriving in Europe who may be reduced to being seen as a threat. And that stimulates hostility and a less open response. However, they are also in need of protection, and boys and young men are often highly vulnerable. The different composition of the refugee population is one factor explaining why the response is different this time. We urge the same positive and open response to all people in need of protection, regardless of where they are from.

How the Private Sector Can Help

BRINK: What can companies do to help?

WOOLLARD: There are crucial roles that can be played by the private sector. One of the most obvious things is supporting and facilitating access to employment. And that doesn’t need to be in a way that is to their disadvantage. Again, this can be a win-win, given the labor market needs that exist in Europe.

And there are other ways that the private sector can be involved. One is actually in providing some of the services and the support either as a contracted agency, but also pro bono, or as donations when they’re in a position to do that.

And I would finally mention something very important, which is sometimes sensitive for the private sector, which is shoring up political support for displaced people. And we know that in 2015, 2016, and at other times, there’s been behind-the-scenes support from the private sector, including for politicians, political leaders and governments that are willing to accept refugees.

Just to give you an example, I think it’s very unlikely that former Chancellor Angela Merkel would’ve taken the position that she did in 2015 if she hadn’t had support from major German enterprises and industrialists. The arrival of refugees in Germany in the long term will be of great benefit to the country economically. And even with the large numbers accepted, it doesn’t yet meet the labor market needs of the country. So it’s important that the private sector makes that clear either behind the scenes or publicly.

Catherine Woollard has been director of the European Council on Refugees and Exiles since 2016. ECRE is a pan-European alliance of 105 NGOs in 39 European countries working to defend the rights of refugees and displaced persons in Europe and in Europe’s external policies. ECRE’s work covers litigation, advocacy and communications.

Alexander Privitera Fellow at UniMarconi, Rome
URL: https://www.brinknews.com/can-europe-absorb-3-million-ukrainian-refugees/
Get ahead in a rapidly changing world. Sign up for our daily newsletter. Subscribe
​​