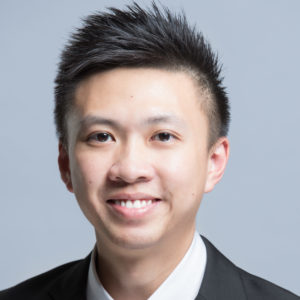 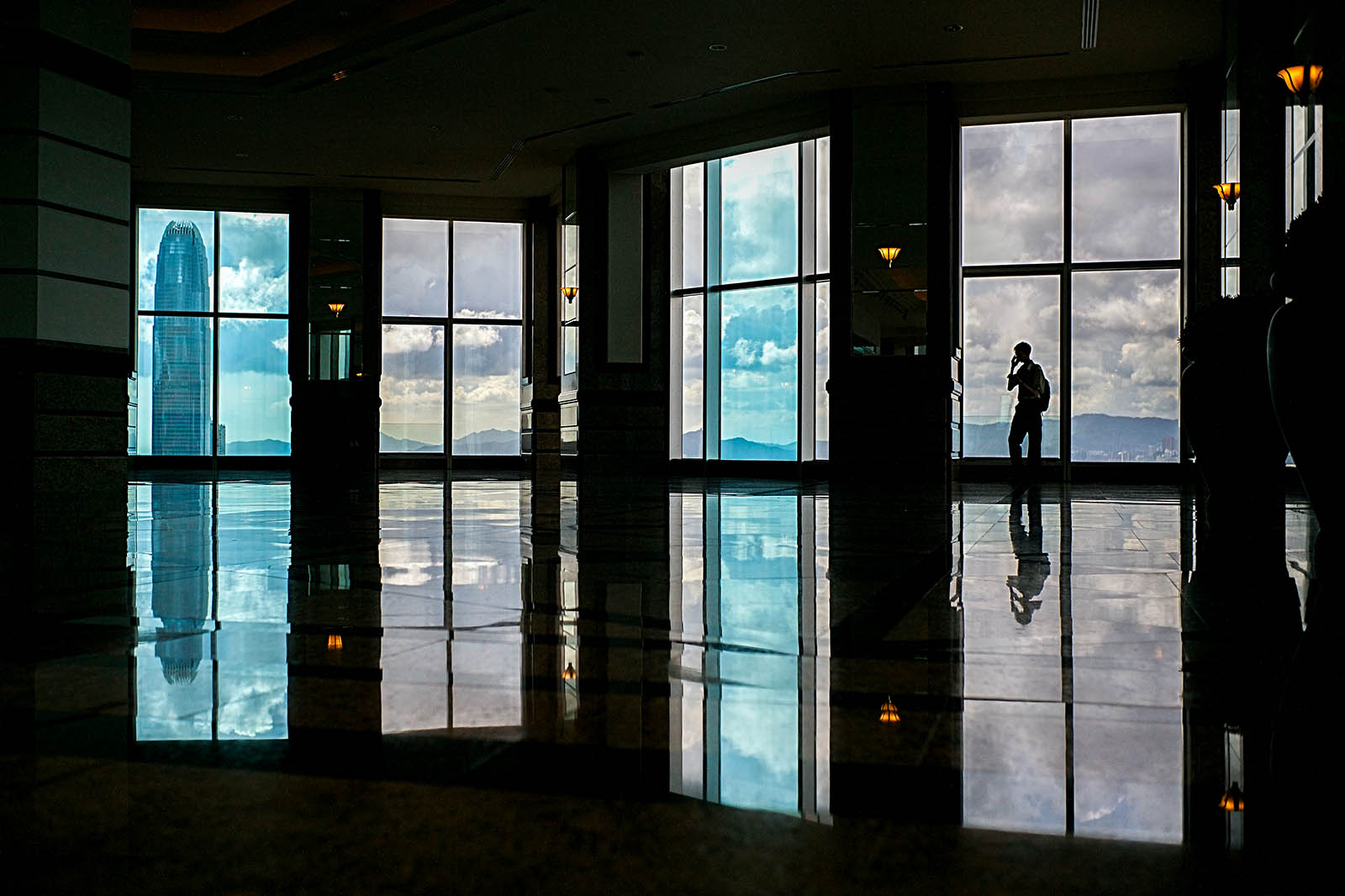 A man walks around in a high-rise commercial building in Hong Kong. The social and economic situation in Hong Kong has deteriorated since the end of Q2 2019, casting doubts on its future.

Hong Kong is currently facing its most severe political crisis since the handover from the U.K. 22 years ago. The social and economic situation in Hong Kong has deteriorated since the end of Q2 2019, casting doubts on its future. Along with the deceleration of Hong Kong’s real GDP growth to 0.5% in Q2, a series of negative shocks have pushed Hong Kong’s government to cut this year’s growth forecast radically to 0% to 1%, from 2% to 3%.

The recent turmoil has prompted some analysts to conclude that what was once the “Pearl of the Orient” is no longer important to China economically. The share of Hong Kong’s GDP to the rest of China has declined from 16% in 1997 to 3% in 2018, and statistics provide a clear view of Hong Kong’s waning relevance.

But this is not the full story. A narrow comparison solely focusing on the evolution of GDP masks Hong Kong’s continued economic and financial relevance, not only to mainland China, but also to the rest of the world.

To gauge Hong Kong’s relevance, we need to move beyond GDP and consider the key soft spot for mainland China: Hong Kong’s financial acumen and, in particular, its offshore center status. The city’s economic foundations are based on free capital movement, which allowed it to build a sizable offshore center with global relevance, while mainland China still maintains a relatively closed capital account.

This means that Hong Kong can facilitate the mainland’s access to foreign capital. In fact, Hong Kong is mainland China’s preferred offshore center.

Hong Kong was the home of 73% of mainland Chinese companies’ initial public offerings overseas during the period 2010 to 2018. In the same vein, Hong Kong accounts for 60% of overseas bond issuance of mainland companies and 26% of their syndicated loans.

Beyond funding, Hong Kong is China’s most important springboard for foreign direct investment (FDI) coming into and going out of China. Sixty-four percent of mainland China’s inward FDI comes from Hong Kong, and between 2010 and 2018, 65% of outward FDI was channeled through Hong Kong.

This high share indicates Hong Kong’s role as the mediator between China and the West, which is due to the trust of Chinese and foreign firms in Hong Kong’s institutional framework and funding pool for its investments. In the specific case of mergers and acquisitions, Hong Kong has played a key role, as its unique status has facilitated Chinese companies’ overseas acquisitions.

Hong Kong has long been China’s largest offshore renminbi (RMB) center, a key policy initiative of the Chinese government in its pursuit of a staggered opening of the capital account. Other than RMB settlements, Hong Kong also holds special access to China’s equity and fixed-income markets through the Stock and Bond Connect.

The destiny of Hong Kong as an offshore financial center affects China even more than it affects those in the rest of the world.

In essence, Hong Kong has long been China’s financial firewall.

While Hong Kong’s bank assets have grown very fast in an aggregate term, China has outpaced all other countries, as their share of assets in Hong Kong’s banking sector increased from 22% in 2010 to 37% in 2018. The surge draws deep contrast to European banks, which have barely increased their exposure in Hong Kong, and the much slower pace of Japanese and American players.

Finally, Hong Kong’s offshore financial sector has been extremely successful, measuring by the increase in size. Bank assets-to-GDP ratio has expanded from 462% in 2002 to 846% in 2018. Since the introduction of the currency board in 1983, Hong Kong has managed to keep the currency peg and stability amid political risks from time to time.

The dilemma that Hong Kong is facing is increasing dependence on mainland China both economically and financially, with the Hong Kong dollar (HKD) pegged to the U.S. dollar under a strict currency board arrangement. In other words, while shocks to the economy are likely to come from mainland China, Hong Kong cannot count on any exchange rate or monetary policy due to its dependence and linkages to the Fed.

There is no doubt that the current HKD regime has helped Hong Kong build a massive offshore financial center, but it does not offer any respite if a negative shock affects the economy, which is exactly where we are today. The huge size of China’s offshore center could also become a problem if Hong Kong experiences capital outflows as a consequence of recent events.

While Hong Kong forex reserves can cover the monetary base by approximately two times, the lack of capital controls implies that capital flows can be very volatile. If we add the fact that deposits in Hong Kong are massive — amounting to $1.7 trillion or 469% of GDP — it seems obvious that forex reserves are not as ample if they need to continue to cover the monetary base in a situation of large deposit withdrawals.

Not only is Hong Kong important to the rest of China, especially in the financial sector, but its intrinsic risk is even higher than that of other financial centers, as it sits on a very rigid monetary regime. Beyond Hong Kong’s financial institutions, those who will be the most affected by rising risks are the mainland Chinese banks in town.

Gary Ng is an economist for Natixis. He conducts Asia Pacific sectoral research.

Derek Scissors Senior Fellow at American Enterprise Institute
URL: https://www.brinknews.com/does-hong-kong-still-matter-to-china-economically/
Get ahead in a rapidly changing world. Sign up for our daily newsletter. Subscribe
​​