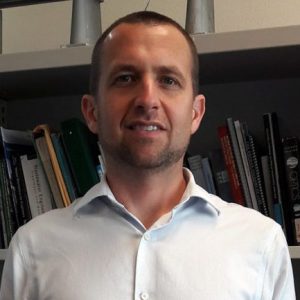 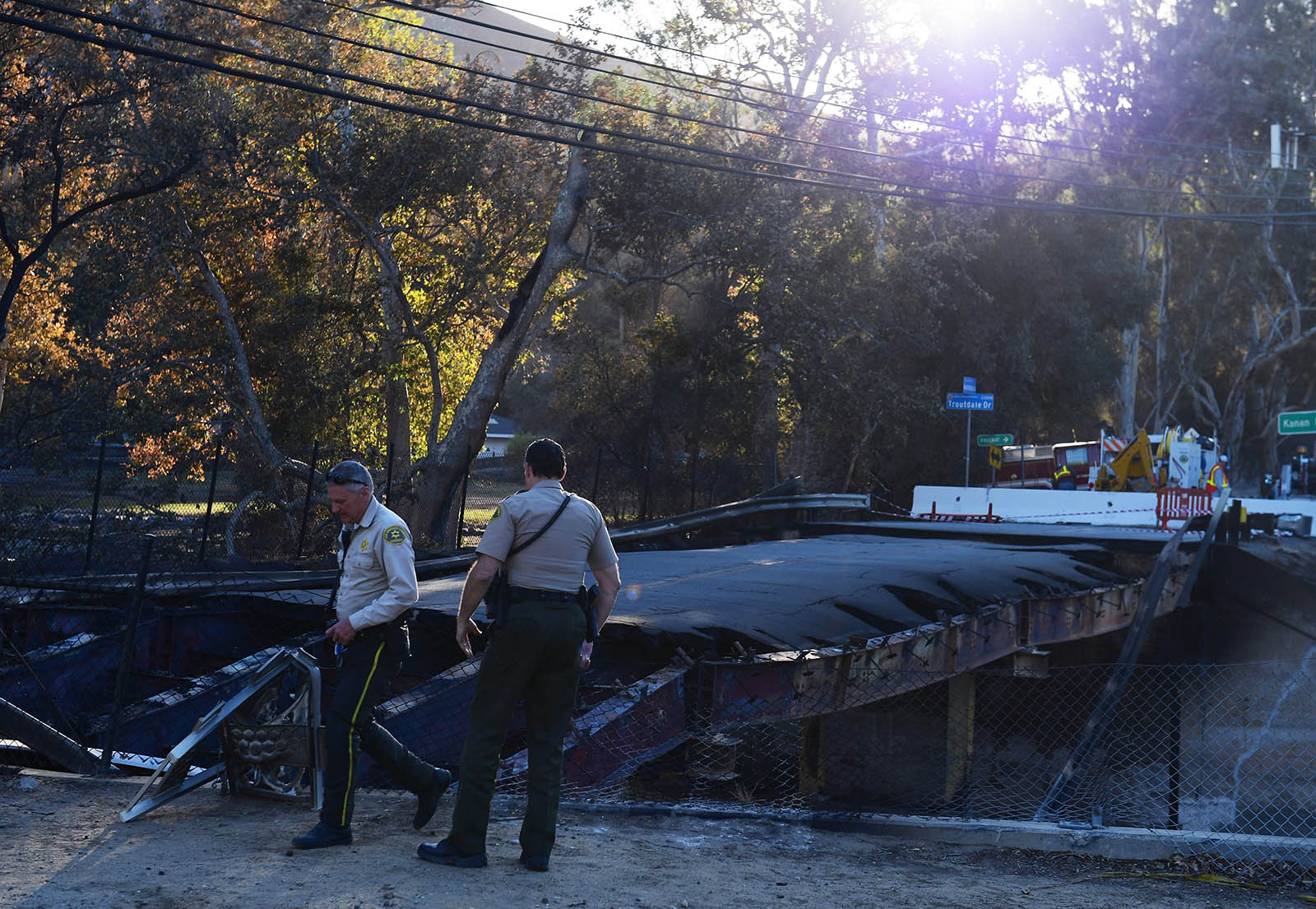 Sheriff's deputies are on duty near a bridge destroyed by a fire in California. By starting with an adaptive design, the U.S. can save billions of dollars compared with having to build new systems decades down the road.

The U.S. administration, led by President Joseph Biden, is proposing a massive infrastructure plan to replace the nation’s crumbling bridges, roads and other critical structures. But to make those investments pay off, the U.S. will need designs that can endure the changing climate.

Most U.S. infrastructure is designed to stand for decades, including through what engineers expect to be rare storms and floods.

However, extreme storms that were considered rare a few decades years ago are already becoming more common. Hurricane Harvey in 2017 was the Houston area’s third “500-year flood” in three years, and it was followed by two more major flooding events.

Building infrastructure today that will be strong enough to manage the extreme scenarios the nation might see a century from now can be expensive. But what if infrastructure were instead designed to meet shorter-term needs and also be easily adapted later for the future climate?

Methods surrounding infrastructure design in the Netherlands — where dams and storm surge barriers are being designed to be adaptable — hold lessons for the U.S. as it prepares for a wave of new construction.

The Problem with Building for 100-Year Floods

Bridges in the U.S. are typically designed to allow the unimpeded passage of floods that have a 1-in-100 chance of happening each year. Similarly, a dam spillway might be built to handle a 10,000-year flood, and stormwater drains for two-year rainfall events.

These “return periods” are traditionally calculated using a method based on historical statistics that assume the climate doesn’t change much.

In a warming climate with more extreme rainfall, worsening droughts and rising sea levels, these historical statistics can underestimate the intensity of future floods that puts critical infrastructure, homes and lives in danger.

The Dutch are masters of flood control. When about a third of a country sits below sea level, it becomes a necessity. U.S. engineers have been turning to them for advice in recent years as understanding of climate change and its impact on storms and sea level rise increases.

The Netherlands’ innovative designs, like the giant gates of the Maeslant flood defense, are getting noticed, but equally important is how the Dutch use adaptive designs to prepare for the future and keep costs under control.

To see adaptive design at work, look at the renovation underway of the Afsluitdijk, a 20-mile-long dam that protects Amsterdam’s port from storm surges on the North Sea. When the dam was completed in 1932, it drained river water to the sea by gravity at low tide. However, sea level rise, combined with the need to keep the water level in Amsterdam’s port low to protect the city, are making drainage by gravity alone increasingly ineffective.

By using adaptive design techniques to manage climate risks, infrastructure will be more cost-efficient to face an uncertain future.

To update the dam, the Dutch have built pump stations for draining water into the North Sea. Importantly, the new design reserves enough land to expand the existing pump stations or build new ones when future storms and sea level rise make it necessary.

Several U.S. cities, including Houston, New York and Boston, are now considering hurricane defense systems — the future protection they will actually need to prevent flooding is unknown at this point.

By using adaptive design, they could include room for expanding those defenses as the climate changes.

That might mean building earthen dams and levees wide enough to allow for raising them when necessary, and reserving land for widening and heightening of coastal dunes that form part of the system and for adding pump infrastructure.

Crucially, movable storm surge barriers, which typically make up a short section of a barrier system, offer protection only from sporadic hurricanes and not from long-term sea level rise. The movable barriers may eventually need to be replaced with a dam, shipping lock and drainage pumps — that, too, can be planned for.

By starting with an adaptive design, the U.S. can save billions of dollars compared with having to build new systems decades down the road. The recent renovations of California’s Folsom Dam, built in 1955, illustrate that cost. A new spillway completed in 2018 cost $900 million — with inflation, that’s about the original cost of the entire dam.

When Dutch engineers plan new levees, storm surge barriers and river locks, they consider what are known as the Delta Scenarios — four possible futures for flood risk and sea level rise, ranging from moderate to extreme global warming. These scenarios create a framework for adaptive design.

For example, a complex of locks on the Meuse River, used to raise and lower ships and barges as they travel up- or downstream, needs to be replaced or rehabilitated. A new lock complex must have enough sluice gates, which can be closed or opened to allow high water through after storms, so the water doesn’t flood surrounding farms and cities. The accompanying weir — the low dam that raises the river’s level — must be high enough to retain enough water for ship operations during times of drought.

Building a tall weir with many sluice gates, and raising riverbank levees to match, would allow the lock complex to manage future climate scenarios, but that would be expensive. With adaptive design, the complex can instead be built to be easily modified later to meet changing climate needs. That includes reserving space for additional sluice gates and designing gates that can be made taller by welding on additional components as needed.

On the Mississippi River and its tributaries, many of the old lock complexes that raise and lower the barges carrying agricultural products and industrial materials are now undergoing replacement. Using similar adaptive design techniques would be a cost-efficient way to face an uncertain future.

This piece was originally published in The Conversation.

Associate Professor of Civil and Environmental Engineering at University of Michigan

Jeremy Bricker is an associate professor of civil and environmental engineering at the University of Michigan. He is a hydraulic and coastal engineer. He utilizes hydraulic laboratory experiments, numerical simulations and post-event field surveys to investigate the resilience of cities exposed to both increasing hazard due to climate change and increasing consequences due to expansion of development in coastal and flood-prone areas.

Til Schuermann Partner and Co-Head of Oliver Wyman’s Risk & Public Policy Practice
URL: https://www.brinknews.com/ensuring-bidens-infrastructure-plan-accounts-for-climate-risks-and-saves-money/
Get ahead in a rapidly changing world. Sign up for our daily newsletter. Subscribe
​​