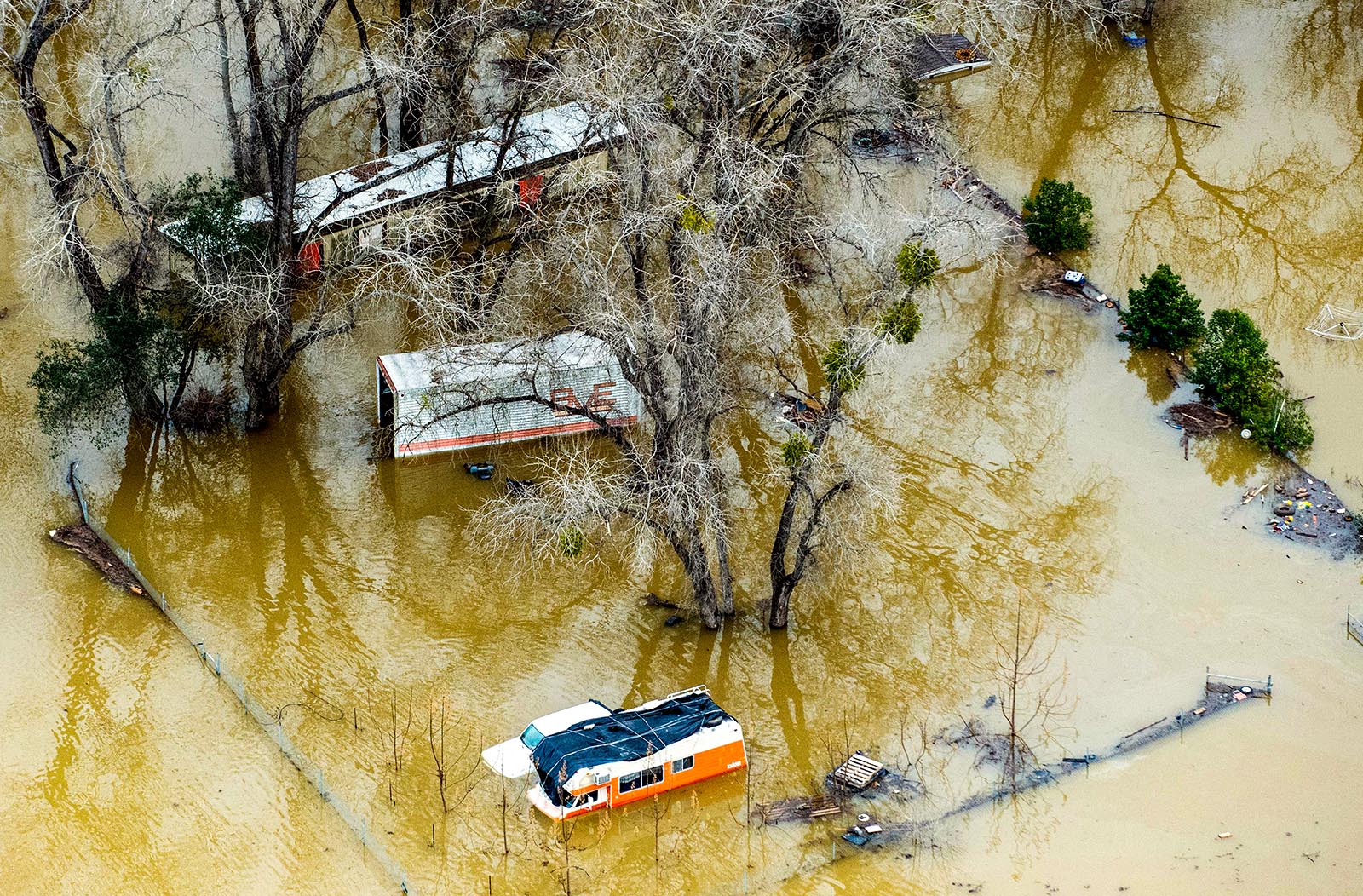 Damaged property is seen under flood waters in Oroville, California. In the U.S., catastrophe-exposed risks and large-layered programs drove much of the pricing increase for property risks.

In the U.S., financial and professional lines pricing rose 1 percent, on average, largely due to increases in public company directors and officers (D&O) insurance, which has been affected by increases in claim frequency and severity. In the UK, pricing increases were noted in cyber, professional liability, and D&O, particularly for clients with U.S. or Australian listings, which are being affected by changing litigation environments.

Asia and Continental Europe were the only regions to show a pricing decrease in financial and professional liability, with prices declining 0.4 percent and 2.6 percent on average, respectively. Capacity and aggressive competition among insurers continues to impact pricing.

In the U.S., average prices for cyber insurance decreased in the third quarter by 1.5 percent, following a rise of about 2 percent in the prior quarter. Cyber pricing in the U.S. has fluctuated over the last five quarters; however, the movement has been within a relatively narrow range (from down 2 percent to up 2 percent). Competition among cyber insurers continues across all revenue segments and industry sectors. Business interruption has become a preeminent cyber risk.

Pricing for property risks increased more than 3 percent on average in the third quarter, in line with recent quarters dating back to the catastrophe events of 2017. In the U.S., catastrophe-exposed risks and large-layered programs drove much of the increase. In the UK, average property pricing increased slightly in the quarter, driven primarily by programs for large companies. Within the middle-market segment, competition among insurers is serving to hold rates flat. Property pricing also increased in Australia.

In Continental Europe, Asia, and Latin America, average property pricing declined, although the rate of decrease in each of these regions has generally moderated and is trending close to flat.

Globally, casualty pricing decreased by an average of nearly 2 percent in the quarter, a trend that has continued for several years. In the U.S., nearly half of all workers’ compensation and general liability programs experienced pricing decreases due to reduced claims frequency and a competitive pricing environment, respectively.

Other regional highlights in the third quarter include:

Sydney Hedberg Director at Marsh McLennan
URL: https://www.brinknews.com/global-insurance-prices-rise-for-fourth-consecutive-quarter/
Get ahead in a rapidly changing world. Sign up for our daily newsletter. Subscribe
​​