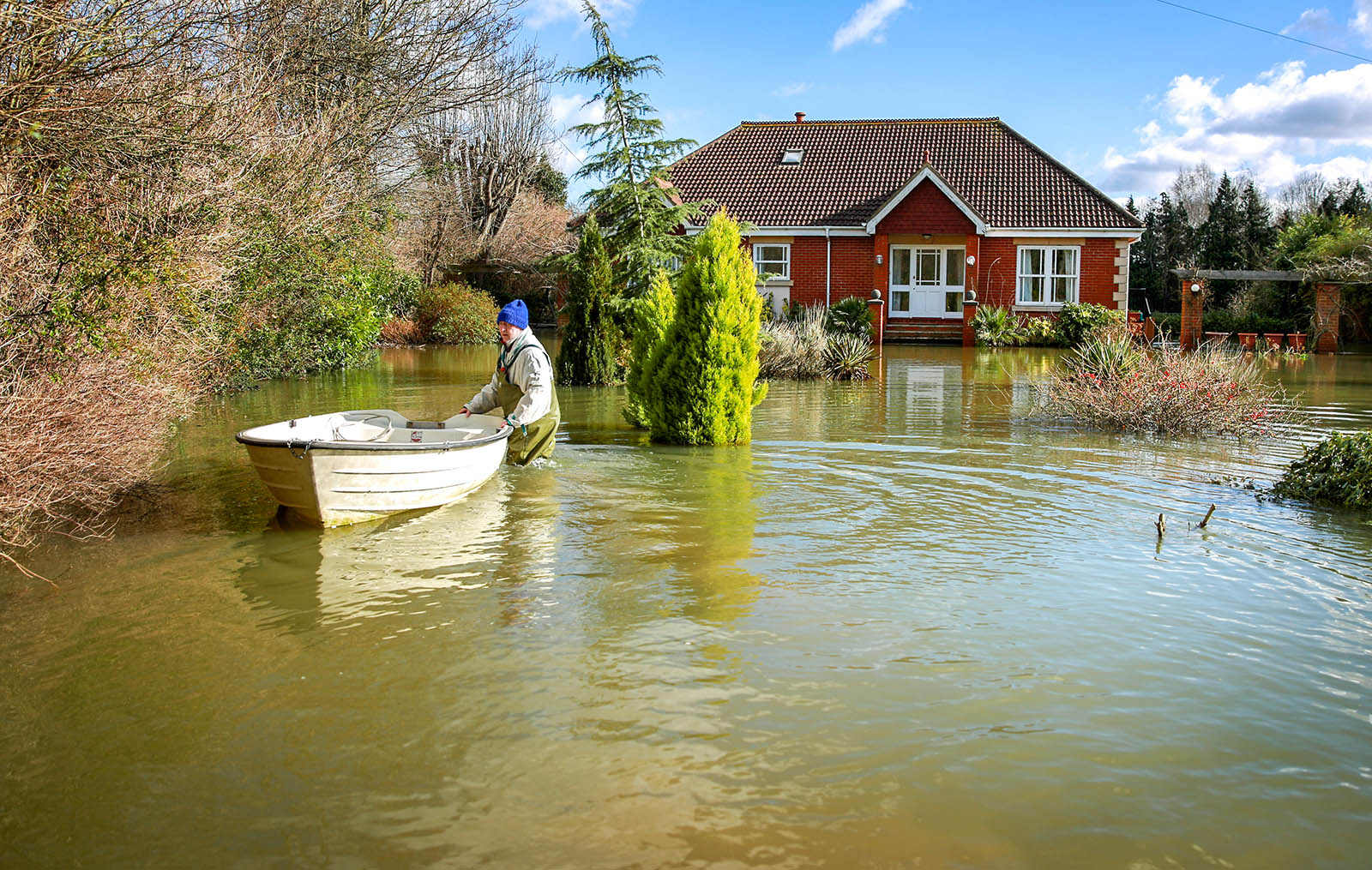 A man pushes a boat after his property flooded in Chertsey, England. Global commercial insurance prices rose by 2 percent in the fourth quarter of 2018, marking a fifth consecutive quarter of increases.

Global commercial insurance prices rose by 2 percent in the fourth quarter of 2018, marking a fifth consecutive quarter of increases, according to the Marsh Global Insurance Market Index.

Composite pricing increased in all global regions, which was the first time that all regions have reported an increase in the same quarter. Average pricing changes for the major product lines were as follows:

Average insurance pricing in the fourth quarter 2018 in the U.S. increased by 0.4 percent. The general trend was toward a firming of rates for financial and professional liability and for some property and casualty products.

Property pricing in the U.S. has increased each month since October 2017. Increases in pricing were observed in the fourth quarter on both CAT and non-CAT risks, with each increasing between 3 percent and 4 percent. Large layered programs (those with a premium greater than $1 million) led the pricing increases, up more than 7 percent, nearly triple what smaller programs experienced.

Casualty pricing declined 2 percent and has decreased in all but one quarter since 2014. A decrease of 4.4 percent in workers’ compensation pricing was reported, while general liability pricing decreased 1.8 percent. It should be noted that despite the overall pricing change for workers’ compensation and general liability, 30 percent of clients experienced a price increase.

Financial and professional liability insurance rates in the U.S. increased for the fourth straight quarter, by an average of 1.5 percent. Pricing for public company directors and officers (D&O) liability coverage increased 3.4 percent, with 65 percent of accounts experiencing an increase. Primary D&O liability coverage was up more than 5 percent, the largest increase in several years.

Average insurance pricing in the UK increased by 1.0 percent for the fourth quarter, the fifth straight quarterly increase.

Financial and professional liability pricing in the UK increased more than 6 percent, on average. Much of the increase was driven by D&O pricing on U.S. and Australian exposed or listed risks, some of which experienced increases of more than 20 percent. In addition, pricing on risks for financial institutions rose slightly as a result of increased claims severity and frequency.

Property pricing in the UK declined an average of 1.1 percent, driven in part by non-CAT pricing on larger risks, which had decreases of close to 2 percent. Capacity in the marketplace remains stable.

Overall average insurance pricing in the fourth quarter in the Latin America and Caribbean (LAC) region increased by 1.4 percent. Property pricing in LAC increased by 0.5 percent, on average, only the second quarterly increase in the last six years. Across the region, pricing on property risks generally ranged from 5 percent declines to 5 percent increases for individual programs.

Casualty prices in LAC increased by more than 2 percent, largely impacted by automobile liability coverage. Auto liability pricing continues to be impacted by high loss ratios affected by claims frequency/severity and currency devaluations. For most core casualty products, in many of the LAC countries, pricing was stable to slightly up. Exceptions to this were coverages in Brazil and Argentina, which generally experienced pricing decreases in the low-to-high single digits. Other regional highlights in the fourth quarter include:

Graham Pearce Partner, Global Defined Benefit Segment Leader at Mercer
URL: https://www.brinknews.com/global-insurance-pricing-continues-its-rise/
Get ahead in a rapidly changing world. Sign up for our daily newsletter. Subscribe
​​