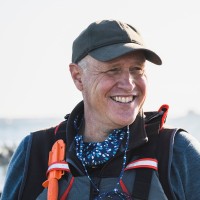 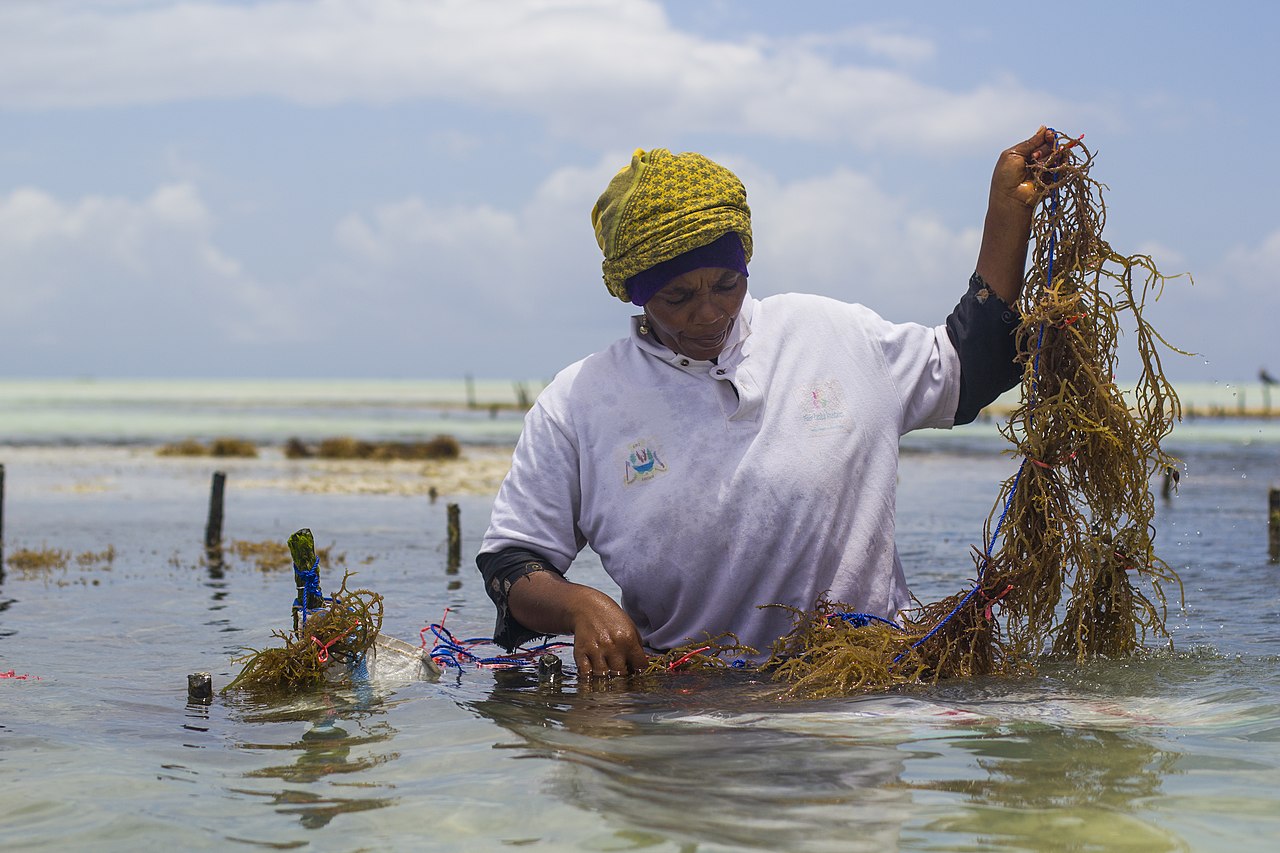 A woman farms seaweed in Tanzania. Seaweed is a low-impact source of food production and helps improve the health of the ocean.

This month marks World Oceans Day, and companies are increasingly looking to the sea as a way to reduce their carbon footprint and create new markets for food. The oceans produce 50% of the planet’s oxygen and are a huge absorber of carbon.

Paul Dobbins is the senior director of Impact Investing and Ecosystems Services for Aquaculture at WWF and leads initiatives to develop seaweed farming.

DOBBINS: Scientists estimate there are about 15,000 species of seaweed in the ocean plus or minus, depending on who you talk to. Out of those 15,000 or so species, there are about 50 that are farmed, where the technology to have them reproduce and grow to maturity year in, year out, has been developed.

Seaweed is a “neglected climate change opportunity,” to quote Jeremy Grantham, because we can grow a highly nutritious food source and biomass for industrial uses in the ocean without the need for arable land, fresh water, fertilizers or pesticides.

And as it grows, it takes up excess nutrients through photosynthesis, including carbon dioxide. In addition to remediating some of the excess nutrients we have in the ocean, it provides oxygen, which is in short supply in many of our bays. So it does an excellent job of improving the health of the water column.

BRINK: But don’t you lose that carbon capture once it’s farmed? Once you cut a tree down, you are no longer benefiting from the carbon capture element of the tree. Is that not the same with kelp?

DOBBINS: Unlike trees that, if you were to cut down, you may be releasing that carbon back into the environment, recent data presented at Monaco Ocean Week by Oceans 2050, which is a nonprofit organization run by Alexandra Cousteau, suggests that as the seaweed grows it is sloughing off the older part of the seaweed. Some of that material ends up on the bottom of the ocean and gets covered in the sediment, causing the carbon contained in that material to be sequestered anywhere from 100 to 1,000 years. That’s not insignificant.

Seaweed is such a low-impact source of food production and biomass for industrial uses that farming it at scale can take the pressure off of terrestrial-grown crops.

With a kelp that I used to farm, sugar kelp, up to half of what we were producing on the farm got sloughed off through the natural processes; so that if you were to harvest 100 tons off of your farm, you could predict that a further 100 tons of organic material will end up in the water column or on the bottom, covered by sediment.

This is the genius of seaweed. You can create a highly nutritious food product or biomass that can be used for anything from biofuels to packaging to health care products. And at the same time that the farm is operating, you are sequestering carbon.

BRINK: But if you didn’t farm it, wouldn’t you get 100% carbon capture?

DOBBINS: Seaweed is such a low-impact source of food production and biomass for industrial uses that farming it at scale can take the pressure off of terrestrial-grown crops, which is also really valuable from an environmental standpoint. So we don’t think of it as an either/or.

Also we don’t really know what would happen if we were to sink large amounts of seaweed into the deep ocean trenches; we don’t know how it changes the composition of the bottom of the ocean. And until research suggests that the net environmental effect is positive, we think that it’s probably not an appropriate thing to do in the oceans right now.

Another challenge is that society really doesn’t have a way to pay for the environmental services of seaweed. There’s no verified, agreed-upon methodology for managing carbon credits from seaweed. It doesn’t exist yet. There are some attempts at it, and we’re aware of them, but we’re funding the efforts to try to create that verified methodology.

The Potential to Scale Seaweed Farming

BRINK: How big a market opportunity do you think this is for companies — what would it take to really scale this?

DOBBINS:  One of the barriers to scaling kelp farming is access to capital for companies to enable farmers to farm kelp in underdeveloped regions of the world that have a higher cost structure. Markets also need to develop. Right now, the seaweed market grows at about 8% a year, year in, year out. We want to see that growth jump up to 12% to create some pull so that people who want to get in the water and start to farm have a market that is available to them that’s going to be able to take all that biomass.

We’ve identified three markets. The first is animal feed. The second is extracted protein for humans and animals. And the third is alternative to petroleum-based packaging. Those three areas could create a significant stairstep increase in the demand for seaweed if the markets are addressed with appropriate products. We’re addressing that barrier both with equity investment and philanthropic work, where we provide grants to researchers that are focusing on one or more of those markets.

And then the third barrier, which is one of the more difficult to address, is that seaweed farming takes place in the commons and to operate in the Commons, you need societal permission. These are all very localized discussions which need to take place right in the coastal communities. What’s happened in that water historically? What is happening on that water now? And what does the community think should happen in the future? When you look out over the ocean, it may seem to be a vast, empty place, but it’s actually really busy. There are marine protected areas. There is existing use in terms of fishing and transportation and defense and recreation. There’s an awful lot going on.

Many stakeholders are passionate about the ocean, which makes it difficult to bring a new industry into the ocean even if the net positive from an environmental standpoint is demonstrated.

But I saw a statistic the other day that claimed that $168 million had been invested in seaweed and seaweed-related companies in 2021. That’s stunning. I became a seaweed farmer in 2009 and no one was investing in seaweed. No one. So even though that’s not a huge number, from where it started, that’s an impressive number.

Paul Dobbins is the Senior Director of Impact Investing and Ecosystems Services on the WWF-US Aquaculture team. He is identifying companies for impact investment, stakeholder collaboration, and research opportunities that will accelerate the growth of seaweed and shellfish farming. His project, titled Advancing Aquaculture for Climate Gains, includes research into the potential market for feed additives for ruminants and the development of new markets for seaweed biomass.