The Biggest Culprit Behind Climate Change May Surprise You 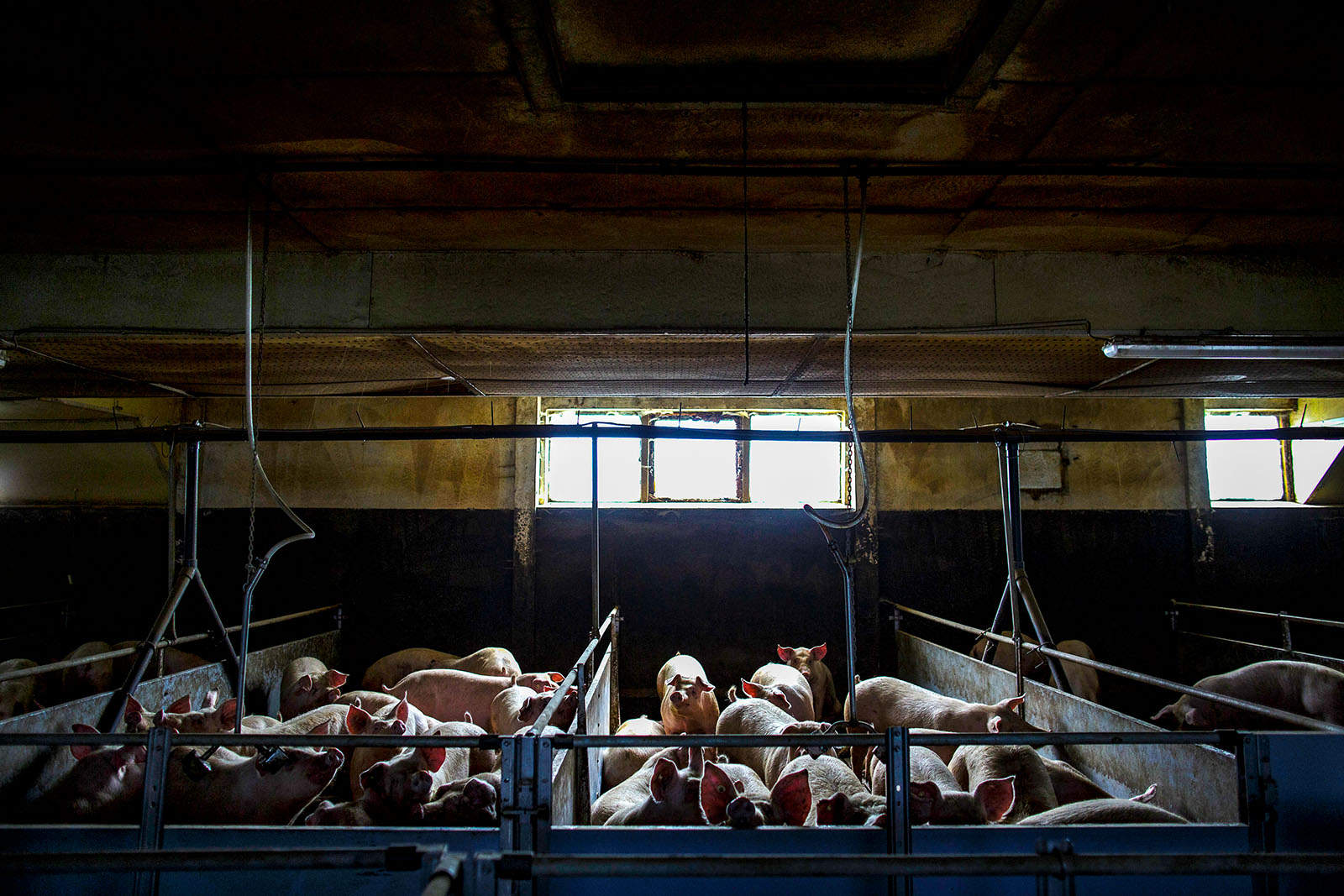 Pigs crowd a stall at a hog farm in Drahnsdorf, Germany. Agriculture generates more emissions than all airplanes, cars, ships, and other vehicles combined.

Food is the single largest direct and indirect driver of climate change. Climate change is driving the expansion of agriculture into regions and habitats that have never been farmed before.

Clearing, burning, plowing and tilling natural habitats release enormous amounts of greenhouse gas into the atmosphere, as do the cattle from methane and manure, other animals and the crops used to feed them. Overall, agriculture generates more emissions than all the airplanes, cars, ships, and other vehicles combined—a total of 24 percent of the greenhouse gas emissions our societies emit.

Given these numbers, many organizations, including the World Wildlife Fund (WWF), are working to try to reduce greenhouse gas emissions via two key strategies: achieving conversion-free food production globally by 2030, and absolute reductions of GHG emissions from animal protein by 50 percent in the U.S. and 20 percent globally by 2030.

Take Habitat Loss Out of the Supply Chain

To get there, our food businesses must take habitat loss and degradation out of their supply chains and make conservation and restoration a priority for their suppliers. These actions are not only imperative for the future of food, but they are also critical for companies’ future supply of raw materials, their operational and financial stability, and their reputations.

The loss of habitat makes the land far less resilient. And, in conjunction with increasing temperatures locally, it is associated with declining productivity.

Recent studies have shown that the Midwest and Great Plains of the U.S. may see an additional 20 to 30 days above 95 degrees Fahrenheit, each of which translates to a 2 percent decline in corn and soy production. Other studies have reached similar conclusions in the Cerrado region of Brazil.

A Return to the Dust Bowl Era?

Recent plowing of grasslands in the Great Plains is producing the same conditions that led to the Dust Bowl of the 1930s. In fact, photos posted on Facebook on April 30, 2018, by a South Dakota state trooper suggest that dust bowl-like conditions are already occurring. When roots are gone, there is nothing to protect the soil. In these instances, ranchers can graze cattle in ways that enhance the grass and biodiversity.

This September, several thousand people from around the world—farmers and ranchers, business leaders, state and local elected officials, scientists, researchers, activists, and more—will come together in San Francisco for the Global Climate Action Summit.

Taking place halfway between the 2015 Paris Agreement and the 2020 deadline to set new, more aggressive climate goals, the summit will show the world that, even as we make measurable progress in the effort to limit greenhouse gas emissions and global warming, it is not enough. We must all do more.

Fostering collaboration between the food sector and finance, technology and scientific communities is the best way to make progress.

Land stewardship is one of the summit’s five focal areas. Under this banner, dozens of other environmental NGOs are challenging agriculture and other sectors to conserve natural habitats, restore degraded lands, and implement climate-smart agriculture on working lands to sequester more carbon and make them more resilient.

Not Just About Agriculture

But the food sector is not the only industry that needs to get involved. Financial institutions can support restoration and support other incentives to de-risk the food sector. For example, in Paraguay, WWF is working with a global bank, a multinational restaurant chain, and one of Paraguay’s leading meatpackers to create long-term contracts that allow ranchers to lock in market access for a decade.

Long-term contracts are assets that farmers can use to borrow money to invest in improving their overall productivity and efficiency, while the buyer can use the long-term investment to ensure that the producers are deforestation-free, that they meet animal welfare requirements and that they make every good faith effort to double the intensity of production, sustainably, over the 10-year period.

Technology companies, too, can contribute to overall productivity and efficiency as well as land conservation and restoration. This is particularly true when it comes to transparency and monitoring. One of the biggest threats to even the most responsible companies is a lack of transparency in their supply chains. Responsible companies know where their products are produced, but they don’t know how they are produced.

Lack of Transparency in Supply Chains

The paths that animal protein and feed crops travel from field to fork are often opaque, making it nearly impossible for buyers and consumers to know whether their food was produced responsibly or even legally.

Recent exposés have demonstrated the reputational risks that can arise when consumer-facing companies have deforestation in their supply chains. By combining satellite monitoring systems, distributed ledgers like blockchain, and smartphone technologies, food companies can digitize transactions, link everyone in their supply chain, and monitor production areas, practices and ostensibly protected habitats from space.

The good news is that we are already making progress. Hundreds of companies are implementing strategies to achieve deforestation and conversion-free production of beef, soy, palm oil, and other products. And dozens more are turning their attention to critical grassland biomes. More than 60 companies, for example, have recognized the need to eliminate conversion in the Cerrado from their beef and soy supply chains. And in China, dozens of the country’s largest meat producers and importers have committed to eliminate products from their supply chains that are the result of converting native habitats.

Three years ago, in Paris, nearly every country in the world committed to limiting global warming to well below 2 degrees Celsius compared to the preindustrial average, ideally 1.5 degrees Celsius. We have not yet identified all of the actions necessary to get there, but where and how food is produced and how land stewardship is supported or encouraged can deliver a significant part of the solution.

Fostering collaboration between the food sector and finance, technology and scientific communities is the best way to make progress.

Carolina Klint Risk Management Leader, Continental Europe at Marsh
URL: https://www.brinknews.com/the-biggest-culprit-behind-climate-change-may-surprise-you/
Get ahead in a rapidly changing world. Sign up for our daily newsletter. Subscribe
​​