July 7, 2021 An Altamar podcast interview with 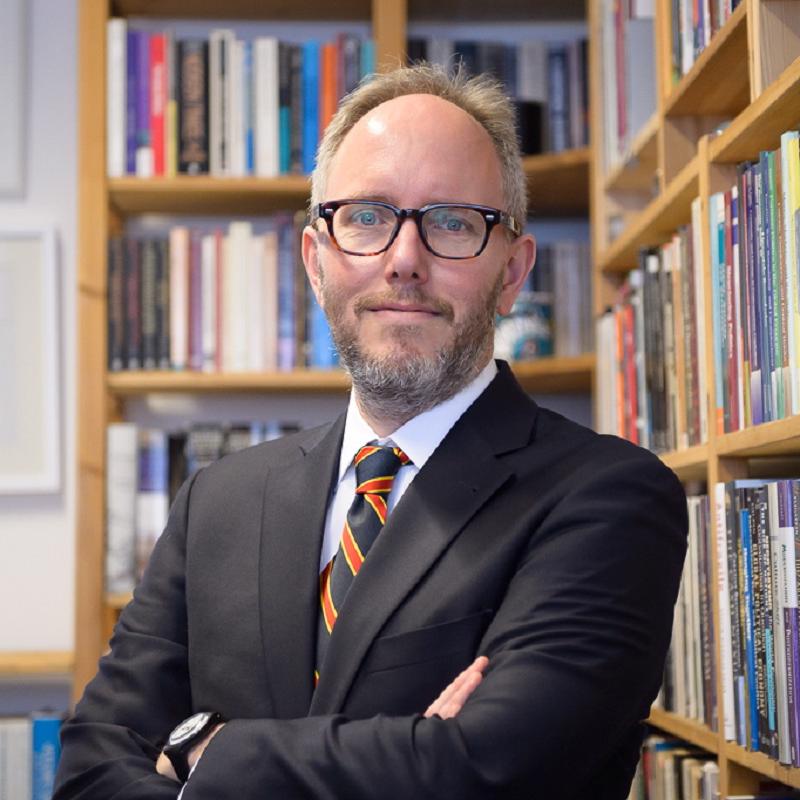 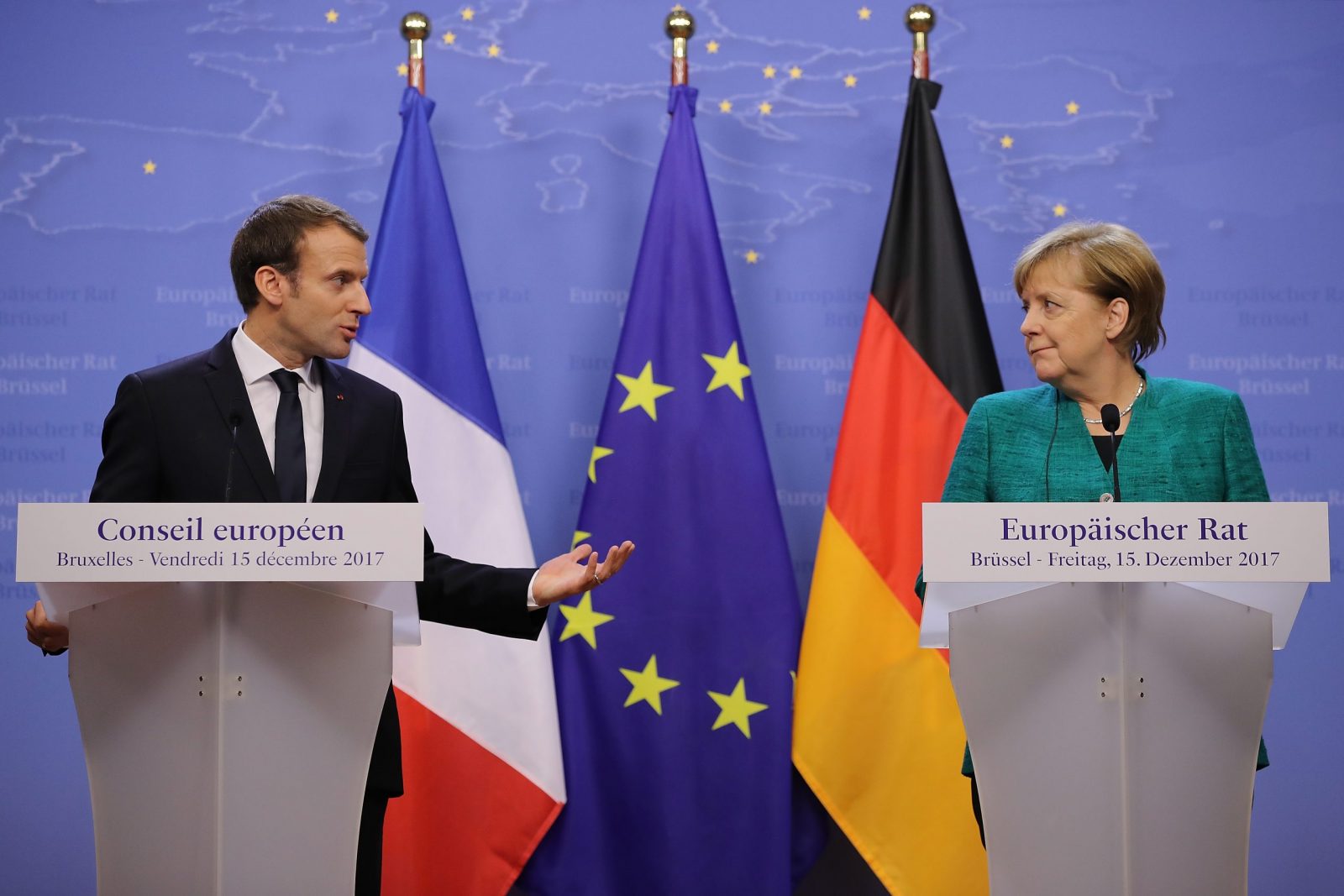 President of France Emmanuel Macron and Chancellor of Germany Angela Merkel hold a joint press conference at the end of the EU leaders summit in Brussels, Belgium.

Europe’s politics are in flux, with French and German presidential elections on the horizon, and voters increasingly apathetic about their leaders. Brexit has become a fact of life; vaccinations are accelerating, but so too is the Delta variant, causing some COVID restrictions to return. The infringement on democratic rights in Eastern Europe continues to cause concern, but on the other hand, economic growth is moving quickly and the first Eurobond in history was a success. So what do the next 12 months look like in continental Europe?

Jones, a frequent commentator on European politics and political economy, will take the helm in the fall as director of the Robert Schuman Centre at the European University Institute. He has been featured in the Financial Times, New York Times, USA Today and newspapers and magazines across the European continent.

“[Europe is] going through a bunch of different things, and we can highlight all the bad things that each different place is [going through] … but the fact of the matter is that there are lots of good things going on in Europe as well. Good things that are related to the recovery that’s about to set in, good things associated with the amount of solidarity that they were able to show during the crisis, and in terms of their ability to project themselves toward the outside world. So I think there’s bad, but there’s also good in this big confusing place called Europe,” says Jones.

The EU and China

There’s a lot of talk about a “united Europe,” but when it comes to critical foreign policy issues, how united are the Europeans?

“Different parts of Europe have different relationships with China. Germany has China deeply embedded into its supply chain and export markets. And so Germany is trying to figure out how to keep the German economy going, but also sever relations with China or discipline China in terms of human rights [abuses] at the same time. … However, Hungary, by contrast, is actually looking for China to bring foreign direct investment into the country,” explains Jones.

Italy is the wild card and a country to keep an eye on when it comes to relations with China. “[Former Italian Prime Minister] Giuseppe Conte decided to join the Belt and Road Initiative in 2019. Now, the new prime minister, Mario Draghi, is saying, ‘Maybe we don’t need all that Chinese investment. Maybe we would be better off being more independent from China,’” says Jones.

“[The European Union has] never agreed on Russia. They’ve never had a common foreign and security policy. That was the fact vis-a-vis Russia. That was true in the 1990s, it was true in the 2000s and it’s true today. And the fact that they’re no more cohesive today than they were then is not an indictment of the European Union. On the contrary, they’ve shown that they’ve been able to come up with more in common this time around than they’ve ever been able to do before, which is [seen in] that story about [German-led] sanctions [against Russia] from 2014 on. So, I think they’re showing progress. It’s just maybe we have a different metric that we’re trying to put them up against,” says Jones.

Prime Minister Mario Draghi Is the New Star of the EU

Some of Europe’s most powerful political figures are facing huge changes in the coming year: Prime Minister Draghi in Italy, President Emmanuel Macron in France, and Chancellor Angela Merkel in Germany.

“[Prime Minister Draghi] is the guy who saved Europe in the middle of the [economic] crisis. This is such an important opportunity for Italy to make the changes that they’ve needed to make over the last twenty-five years. He represents the best opportunity [Italy has], but that doesn’t mean he’s the full solution,” answers Jones.

“Parliament is about to reach the semestre bianco or ‘white semester,’ which prohibits the dissolution of Parliament in the last six months of the term of the President of the Republic. Those envious of [Prime Minister] Draghi may see a solution by ‘kicking him upstairs.’ Sergio Mattarella, the President of the Republic, has to be replaced in January. And the question is whether they’re going to make [Prime Minister] Draghi president as opposed to prime minister. If they do, that could usher in a period of relative political instability in Italy. If they don’t, [Prime Minister] Draghi could stick around for another two years,” explains Jones.

Where Is President Macron Heading?

President Macron has expanded his footprint as a global leader, but it came at the cost of losing his popularity at home. With the national elections coming up next year, everyone is wondering whether President Macron will get a second term — or will the rightwing populist Marine Le Pen win? Or, could there be a new player at the table?

“[President Macron] had fewer than a quarter of the [electoral] vote, but he managed to become president because he was better than the only remaining alternative, who was Marine Le Pen. His challenge going into the next round of elections is not to be popular; it’s just to be more popular than anybody else.

“If he can get into the top two, he’s pretty much assured to win. If he can’t, then we have a real problem, because Marine Le Pen is actually becoming more and more popular as time goes on. And she represents a very different pattern for the French government, which would have huge implications for Europe,” comments Jones.

Where Is Germany Heading?

After 15 years in office, Chancellor Angela Merkel has decided to step down as German chancellor and make way for new leadership. New parties, such as the Greens have made headway in recent elections, but Chancellor Merkel’s Christian Democrats should not be underestimated. “There are lots of places where Christian Democrats disappeared altogether. Just look right next door at the Netherlands. But the Christian Democrats in Germany seemed to be doing a lot better than their critics might have expected. It’s fair to assume that they’re going to be part of any coalition that emerges out of the next round of elections.

“If they are, what their election manifesto makes clear is that they’re not going to tolerate lots of changes at the European level in the way economics works, or at least the way macroeconomics is governed. … That’s a little bit unfortunate, because we need much more creative, much more inventive leadership at the European level. We need more Mario Draghis,” concludes Jones.

Erik Jones is Director of the Robert Schuman Centre for Advanced Studies at the European University Institute. His commentary has appeared in the Financial Times, The New York Times, and other major newspapers and magazines across Europe and North America.

Anne Toomey McKenna Visiting Professor of Law at University of Richmond School of Law
URL: https://www.brinknews.com/the-future-of-the-eu-how-political-shifts-in-these-3-countries-will-impact-the-continent/
Get ahead in a rapidly changing world. Sign up for our daily newsletter. Subscribe
​​