The G-20 Summit Showed a World in Disarray, but Events on the Margins Suggest Progress 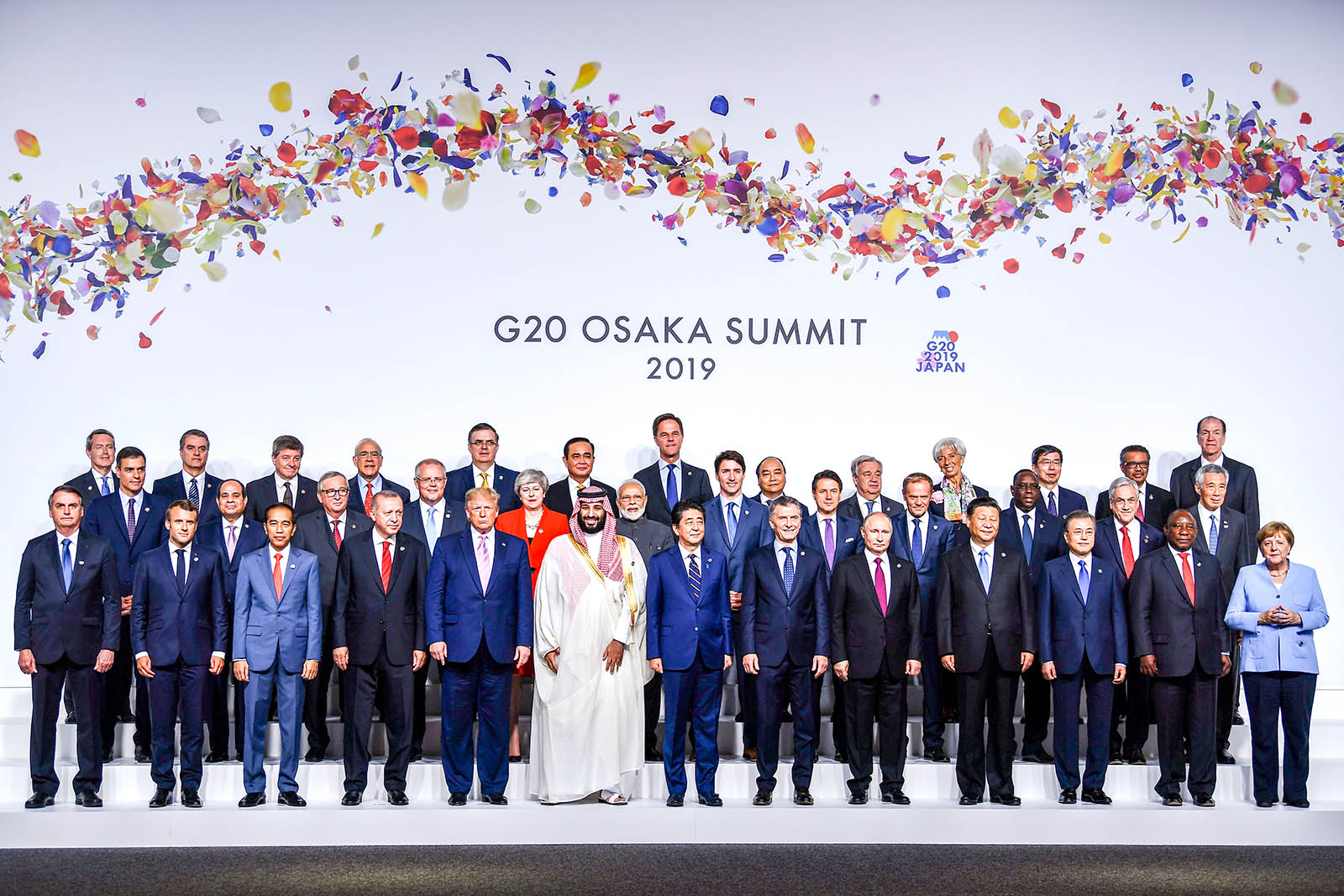 Leaders pose for a photo at the G-20 Summit in Osaka on June 28, 2019. Most of the high points of the summit occurred on the margins of the official meeting.

Since the global financial crisis of 2008, the Group of 20 (G-20), which brings together leaders of the world’s largest economies, has held leaders’ meetings. This year’s G-20 summit took place on June 28-29 in Osaka, the first time that Japan had assumed the G-20 presidency.

The “premier forum for international economic cooperation” should be well-positioned to tackle the myriad problems afflicting the global economy, but as is often the case, limited concrete progress was made. Instead, most of the high points occurred on the margins of the official meeting.

China and Japan Are Warming to Each Other

Japanese Prime Minister Shinzo Abe’s meeting with Chinese President Xi Jinping was a case in point. One of the most remarkable developments in recent times has been the warming of relations between China and Japan, following several years of territorial disputes and debates over history.

With China being Japan’s leading trading partner, economic links provided an incentive to repair relations. The large number of Chinese tourists now visiting Japan — more than 8 million in 2018 — is also contributing to a warming in relations.

But perhaps most importantly, the “trade war” launched by the U.S. administration has motivated the Chinese government to improve relations with a number of countries, including Japan and India.

President Xi reportedly said “The relationship between China and Japan is at a new historic starting line,” and he accepted an invitation to make a state visit to Japan during the cherry blossom season next year.

As the trade war between the U.S. and China drags on — and continues to pull down the world economy — the most awaited meeting was the one between U.S. President Donald Trump and President Xi. Some observers have remarked that the world economy is now increasingly shaped by a “G-2,” rather than a G-20.

A predictably upbeat report on the meeting was provided by the White House. The official Chinese media was less positive, noting that trade talks will be restarted and that the U.S. will not lift existing import tariffs, but will also not impose any new ones for the time being.

Although the U.S. Commerce Department blacklisted Chinese tech giant Huawei last month, cutting it off from U.S. suppliers, President Trump announced that U.S. tech firms will now be allowed to sell equipment to Huawei — a major concession to China. Other issues concerning Huawei will be dealt with later. President Trump also reported that foreign students at U.S. universities will now have better access to working visas, in light of their important contribution to the U.S. economy. Meanwhile, China has agreed to buy large quantities of U.S. farm products.

While some viewed this meeting as a publicity stunt, President Trump and Chairman Kim did agree to resume talks on denuclearization.

The United States reiterates its decision to withdraw from the Paris Agreement because it disadvantages American workers and taxpayers.

New Rules for the Digital Economy

The formal G-20 Osaka leaders’ declaration and proceedings of the G-20 summit highlighted the challenges facing international cooperation today, especially when it comes to the multilateral trading system. At the very outset, leaders noted that “trade and geopolitical tensions have intensified.”

Prime Minister Abe declared the launch of the “Osaka Track,” a pet project of his. The initiative seeks to standardize rules for the global movement of data flows, with better protection of personal information, intellectual property and cybersecurity.

While some 24 countries formally signed a statement affirming the contents of the Osaka Track concept, India, Indonesia and South Africa were conspicuously absent. And Prime Minister Abe faces many hurdles to reach a formal agreement in the future, as China and Russia, in particular, have established their own data-transfer regulations.

The issue of climate change saw sharp divisions, as a “G-19” supported the Paris Agreement on reducing greenhouse gas emissions at the insistence of French president Emmanuel Macron. The leaders’ declaration said, “The United States reiterates its decision to withdraw from the Paris Agreement because it disadvantages American workers and taxpayers.”

This disappointing result is considered a victory of sorts, as leaders managed to avert the threat of President Trump convincing Turkey and Brazil to withdraw from the Paris Agreement.

With plastic waste seriously polluting the seas of the world, G-20 leaders agreed to the Osaka Blue Ocean Vision, which aims “to reduce additional pollution by marine plastic litter to zero by 2050 through a comprehensive life cycle approach.” These words sound wonderful for dealing with one of the world’s most serious environmental issues — but the enthusiasm for tackling this issue varies greatly from one country to the next.

The reality is that Japan is the world’s second-largest generator of plastic packaging waste per person, behind the United States. And no serious efforts are presently underway to reduce the production and consumption of plastic, which is the heart of the issue.

G-20 leaders said that “Gender equality and women’s empowerment are essential for achieving sustainable and inclusive economic growth.” Prime Minister Abe indicated that Japan would seek to “provide quality education and training for at least 4 million girls and women in developing countries over three years by 2020.”

Ironically, the host nation Japan still languishes near the bottom of the world for women’s empowerment, despite “womenomics” being a key plank of the “Abenomics” reform agenda for some six years now. Japan is ranked 110th out of 149 on the World Economic Forum’s Global Gender Gap Index.

A World in Flux

It is tempting to conclude that the G-20 summit reflects a world in disarray, characterized by great power competition, a fragile international order, weakening support for open trade and investment, and a lack of resolve to tackle the environmental challenges that threaten the future of the planet.

But it is also clear that developments on the margins of the G-20 summit have immense potential. We can only hope that they will lay the foundations for continued warm relations between China and Japan; a resolution of trade and other disputes between China and the U.S.; and above all, denuclearization and peaceful relations with North Korea.