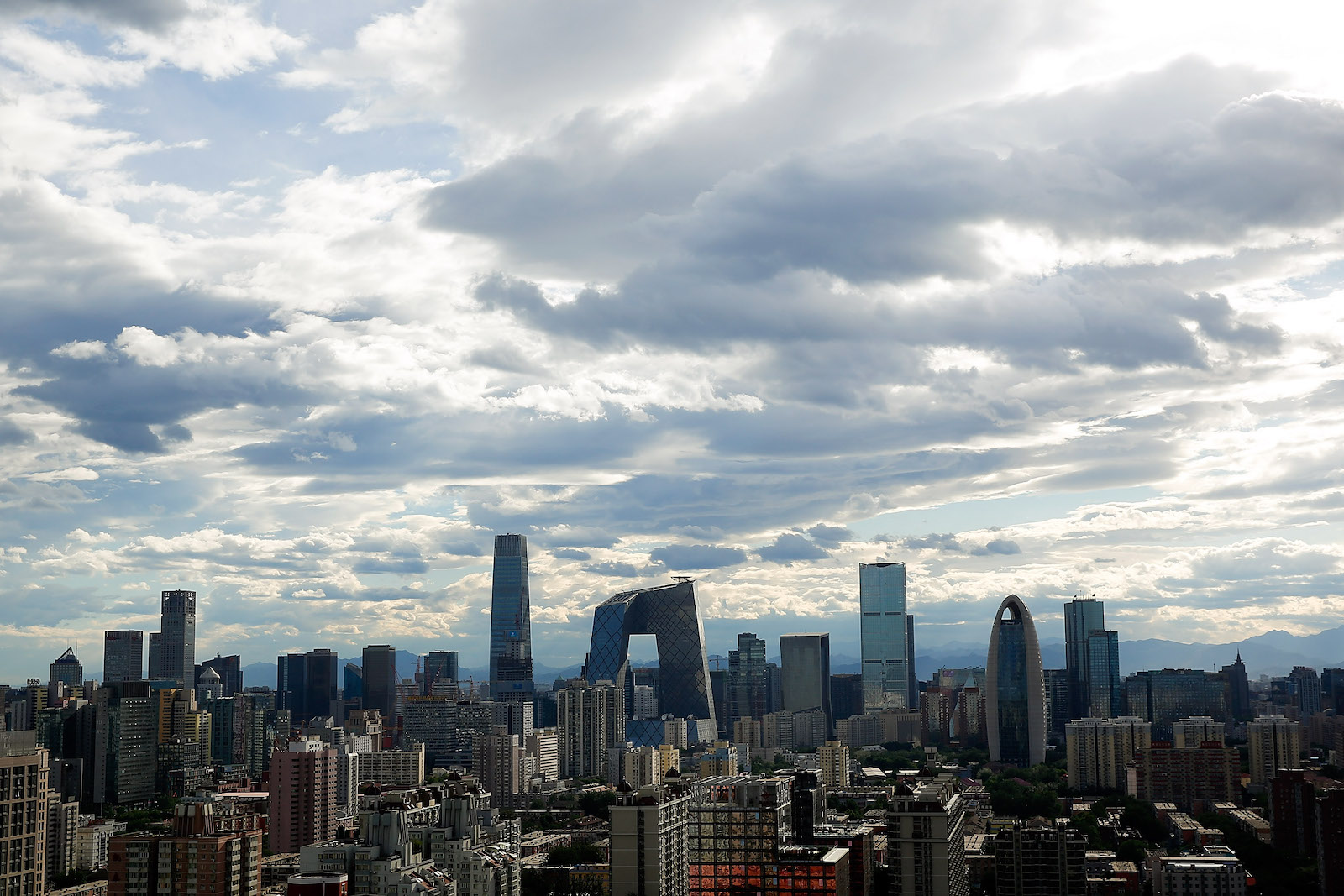 This view shows the central business district skyline in Beijing, China. We may see more China-focused private equity funds flood the industry in the next few years.

The private-equity industry in Asia has grown hugely in prominence in recent years. Funds focused on the region account for almost a quarter (24 percent) of global assets under management (AUM), holding $720 billion in assets as of the end of 2017. In fact, Asia has been a key driver of growth for private equity, growing in significance as the global market has swelled to more than $3 trillion in 2017.

A quarter of global AUM means that Asia still trails behind North America, which, with $1.5 trillion in assets, accounts for more than half of the industry. But it is twice the proportion of global assets that were focused on the region at the end of 2011 and four times the level seen in 2006. In fact, Asia’s share of the industry has grown year-on-year for more than a decade, and it has now supplanted Europe as the second-largest market for private equity.

But in 2017, another record year for the industry, the level of capital raised by Asia-focused funds had more than tripled to $138 billion, surpassing the $110 billion raised to invest in Europe and trailing only the $285 billion focused on North America.

This record high for Asia-focused funds was not unprecedented. Although the amount of money raised by Asia-focused funds hasn’t increased every year, the broad trend has been one of high-powered growth for several years. Five years after a low of $25 billion raised in 2009, annual fundraising in 2014 broke the $100 billion barrier for the first time, and annual totals have remained at or above that level ever since.

This has seen a huge influx of capital being dedicated to finding investments in Asia, boosting the prospects for growth in economies across the region.

There has been much speculation of the role of quasi-governmental Chinese funds in this expansion. There is a fundamental question about whether they should be counted as part of the private-equity industry. That question is not answered in detail here, but it suffices to say that their structures seem to warrant their inclusion even if their fundraising processes are atypical.

Beyond that, it is true that there are a number of quasi-governmental Chinese private-equity funds that are looking to deploy capital exclusively into China-based opportunities. But their number, size and impact on total fundraising in recent years may be overestimated.

Since the start of 2014, when Asia-focused fundraising really took off, we have seen the closure of 23 of the 50 largest-ever private-equity funds globally. Among these, 13 have been U.S.-based, U.S.-focused funds; six have been Europe-based and Europe-focused; and just four have been focused on Asia—with two of those being managed by Hillhouse and KKR, respectively.

This is not to say that the two China-based funds have not been large: China Integrated Circuit Industry Investment Fund and state-owned Enterprise National Innovation Fund are the second- and 12th-largest private-equity funds ever closed, respectively. But they are vastly outweighed by mega funds in other regions, which will focus their capital domestically.

However, we may see more mega China-focused funds flood the industry in the next few years. Of the 50-largest private-equity funds currently in market globally, fully 17 are Asia-focused. Ten of these are quasi-governmental Chinese funds, which are collectively targeting $179 billion—a sign that the influence of these funds on the Asian private-equity industry is set to grow further.

Deals Drying Up, but Exits Stay the Course

Despite the explosion in fundraising activity, private equity-backed deal-making activity in Asia has been slowing since 2011. The number of deals announced in that year peaked at 490, but since then, there have been year-on-year declines, and 2017 saw just 241 deals announced. 2018 may reverse this trend, with 214 deals announced in Q1-Q3, but it is still some way from 2011’s record.

Although the number of deals has been falling, their total value has increased sharply. After registering an average annual deal value of $20-$30 billion from 2007-2013, the amount of capital deployed in Asia jumped to $50 billion in 2014 and rose further to a record $66 billion in 2017. A significant portion of this was due to two deals—the acquisitions of Toshiba Memory Corporation and GLP—which together accounted for $30 billion in deal value. 2018 does not look set to match this level, with Q1-Q3 seeing just $28 billion in deals announced.

This comes during a period in which global private equity-backed deal-making has been at consistently high levels. A record 4,671 deals were announced globally in 2017, and deal values have exceeded $300 billion in each year since 2013. As such, Asia’s share of the global deal market has been declining. While the region accounted for 13 percent of the global number of deals in 2011, it accounted for just 5 percent in 2017. Similarly, although its share of deal value spiked to 17 percent in 2017, the general trend has been one of year-on-year decline since 2014.

Exit activity in Asia, by contrast, has been more consistent. The number and value of private equity-backed exits both peaked in 2015, when there were 269 exits announced worth a combined $53 billion. Although both have declined since then, 2017 saw 192 exits announced for a total of $26 billion, and 2018 seems on track to broadly match this total.

Asia on the World Stage

In comparison to the more mature private-equity markets of North America and Europe, Asia tells an interesting story. There is obviously huge demand for investment in the region, and it has firmly displaced Europe as the second most-active fundraising market in the world. As a result, the region has seen assets climb steadily, and it now represents a quarter of the overall private-equity industry.

But fundraising success is not translating easily to deal-making activity, and Asia is a shrinking part of the global private equity-backed deal-making market. This may be in part due to the clandestine nature of many investments in Asia: While many of the major economies in the region are becoming more transparent, most fund managers have no public reporting requirements, and many choose not to disclose their activities. It may also be due to the dominance of venture capital and growth deal-making—these industries are booming across the region, and the more mature buyout industry may be eclipsed by comparison.

Despite these issues, Asia is undoubtedly now a major player on the world stage. One in four dollars in the industry are focused on the region, and if current fundraising trends continue, that proportion is only set to grow. And, we may see Asia start to take on North America’s dominance in years to come.

Graham Pearce Partner, Global Defined Benefit Segment Leader at Mercer
URL: https://www.brinknews.com/the-growing-prominence-of-asian-private-equity/
Get ahead in a rapidly changing world. Sign up for our daily newsletter. Subscribe
​​