The Promises and Pitfalls of 5G Technology 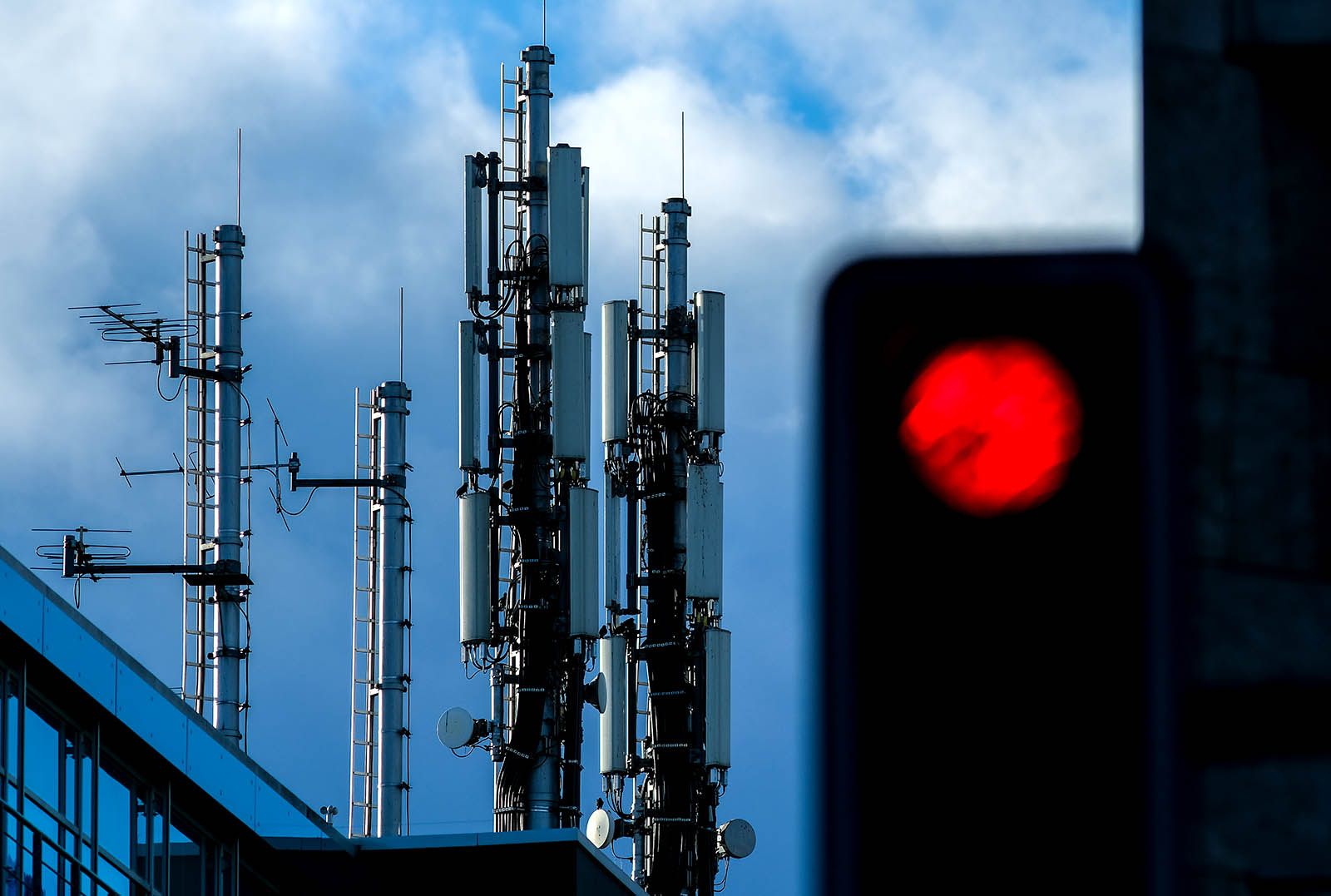 A traffic light shows red under a cellular phone tower that stands on top of an office building in Berlin, Germany. What are the implications of the introduction of 5G technology?

In December, the Federal Communications Commission will undertake the largest spectrum auction in U.S. history—putting 3.4 GHz of airwaves on the market to free up space for 5G communications.

As the next generation in wireless technology, 5G promises to boost data speeds by up to 100 times, making it competitive with the fastest wired broadband networks. In April, the White House planted an official stake in the 5G race, with President Donald Trump calling it a “big deal,” as it will change the way Americans work, learn, communicate and travel.

A lot of expectations are riding on 5G—and for good reason. The Knowledge@Wharton radio spoke to business and economics professors for their perspective on 5G technologies, and the risks and opportunities involved.

Will Augmented Reality Finally Have Its Day?

A potential killer app for 5G is augmented reality (AR), according to Jeffrey Reed, Virginia Tech professor of electrical and computer engineering and founding director of Wireless@Virginia Tech. That means “being able to superimpose on your field of view augmentation that may explain the things around you,” he said. “That could have a very dramatic effect, impacting everything from tourism to education.”

5G can supercharge AR and virtual reality by placing “virtual items, virtual characters and augmented contextual information” in TV shows and movies or even projecting 3D holographic displays, according to the 5G Economics of Entertainment report by Intel and Ovum.

But the cold reality is that a fully functioning 5G future is still a long ways away.

“5G is called 5G because it is the fifth generation of wireless technology, and so, obviously, there were four prior generations,” said Kevin Werbach, a Wharton professor of legal studies and business ethics who used to work for the FCC.

Mr. Werbach added, “These are things that evolve and develop and get implemented over a long period of time. They involve extensive standards work in the industry; they involve extensive deployment work.” Even the FCC’s plans took time. “All of these spectrum auctions for the high frequency spectrum to be used for 5G have been in the works for a long time,” he said.

Only Viable over Short Distances

5G can use any band of spectrum, but it thrives in the extremely high frequency range of 30 to 300 GHz, compared to today’s cellphones that are in much lower bands. But a key drawback is that these signals travel only short distances. The wavelengths in this band range from 1 mm to 10 mm—the FCC’s December auction is called the millimeter wavelength auction—so these can’t reach very far and are easily degraded.

Because millimeter wavelengths are short, they need more antennas to connect. “One of the things that 5G requires is a much denser network,” Mr. Werbach said. “You need many more nodes. That is partly how the capacity increases, which means either more towers or more cells in more places. You need equipment that is running on those cell sites, and then you need chips that go into people’s handsets and devices.”

At least, the 5G antennas are small and can be installed easily on top of telephone poles and other locations, according to Gerald Faulhaber, professor emeritus of business economics and public policy at The Wharton School.

5G is feasible mainly for more populated areas, where many antennas can be placed close together. This brings another challenge: the widening of the digital divide.

Will It Increase the Digital Divide?

Because it requires density, 5G is feasible mainly for more populated areas, where many antennas can be placed close together.

“The nature of the infrastructure is that it works in dense areas; it doesn’t work as well in other areas,” Mr. Faulhaber said. “Will there be 5G in [rural areas]? The answer is yes, but it won’t be over these high-frequency antennas. It will be basically where 4G is today, so you won’t get the high-capacity [service].”

This brings another challenge: the widening of the digital divide by geography.

“It is a real problem,” Mr. Werbach said. “There are still too many Americans who don’t have broadband service and many more who have inferior quality broadband service.” The reality is it’s “harder and more expensive to provide wireless service and wireline service in rural and hard-to-reach areas.” While the FCC has set aside $20 billion to expand broadband access in rural areas, he said, the commission was short on details and where the funds would actually come from.

Telecom companies and other providers will have to invest billions to make 5G a reality—not only to buy more spectrum, but also to build out the infrastructure. Because it’s yet uncertain how much revenue 5G will bring, for now, the most prudent path for telecom firms is to upgrade the capacity of their 4G networks by reclaiming airwaves allocated for 2G and 3G. But there will come a time when these tactics won’t be enough.

Historically, data traffic rises by 20 percent to 50 percent a year, and 5G could put the traffic increases at the higher end of that range. That means most telecom companies will have to embark on a major expansion between 2020 and 2025. And to handle higher traffic, carriers have to install fiber in their wired networks, where wireless connects to the Internet. “It’s rather ironic that the projected performance goals of 5G wireless will depend on the availability of wireline fiber,” an executive at telecom equipment maker Ciena said.

At least, 5G standards have been finalized by the 3GPP, an international group whose members work together to develop cellular standards. These are standards that networks must meet to be considered 5G.

Politics also influence the U.S. carrier adoption of 5G. The government has security concerns about using 5G telecom equipment from China’s Huawei because of fears over spying. Huawei is the world’s largest maker of telecom equipment, including the equipment needed for 5G.

Huawei became a colossus, and “a key reason for that is they produce very inexpensive equipment. It is much cheaper than [that of] their European competition,” Mr. Reed said. Huawei doesn’t have any U.S. competition, because U.S. infrastructure providers left the business about 20 years ago, he added.

Today, Europe and other parts of the world are customers of Huawei. Britain and Germany specifically are resisting pressure from the U.S. to stop using Huawei. Their carriers have used Huawei in their networks for years, so “for them, it is very difficult to say … ‘rip it all out and go find someone else,’” Mr. Werbach said. “They’re just not going to do it.”

Mr. Reed added: “Even though a security threat exists with Huawei, companies tend to look the other way to maximize profits, lower costs.” As for security, “that’s way down on their list,” Mr. Reed said.

Mr. Werbach explained that the U.S. can’t address these security concerns by merely saying it will not use this equipment. It has to be more proactive. “We need to invest in companies in the U.S. and bring trust around the world that, for example, the U.S. is not putting similar kinds of back doors into equipment made by U.S.-based service providers.”

This piece first appeared in Knowledge@Wharton.

Bart Édes Distinguished Fellow at Asia Pacific Foundation of Canada
URL: https://www.brinknews.com/the-promises-and-pitfalls-of-5g-technology/
Get ahead in a rapidly changing world. Sign up for our daily newsletter. Subscribe
​​