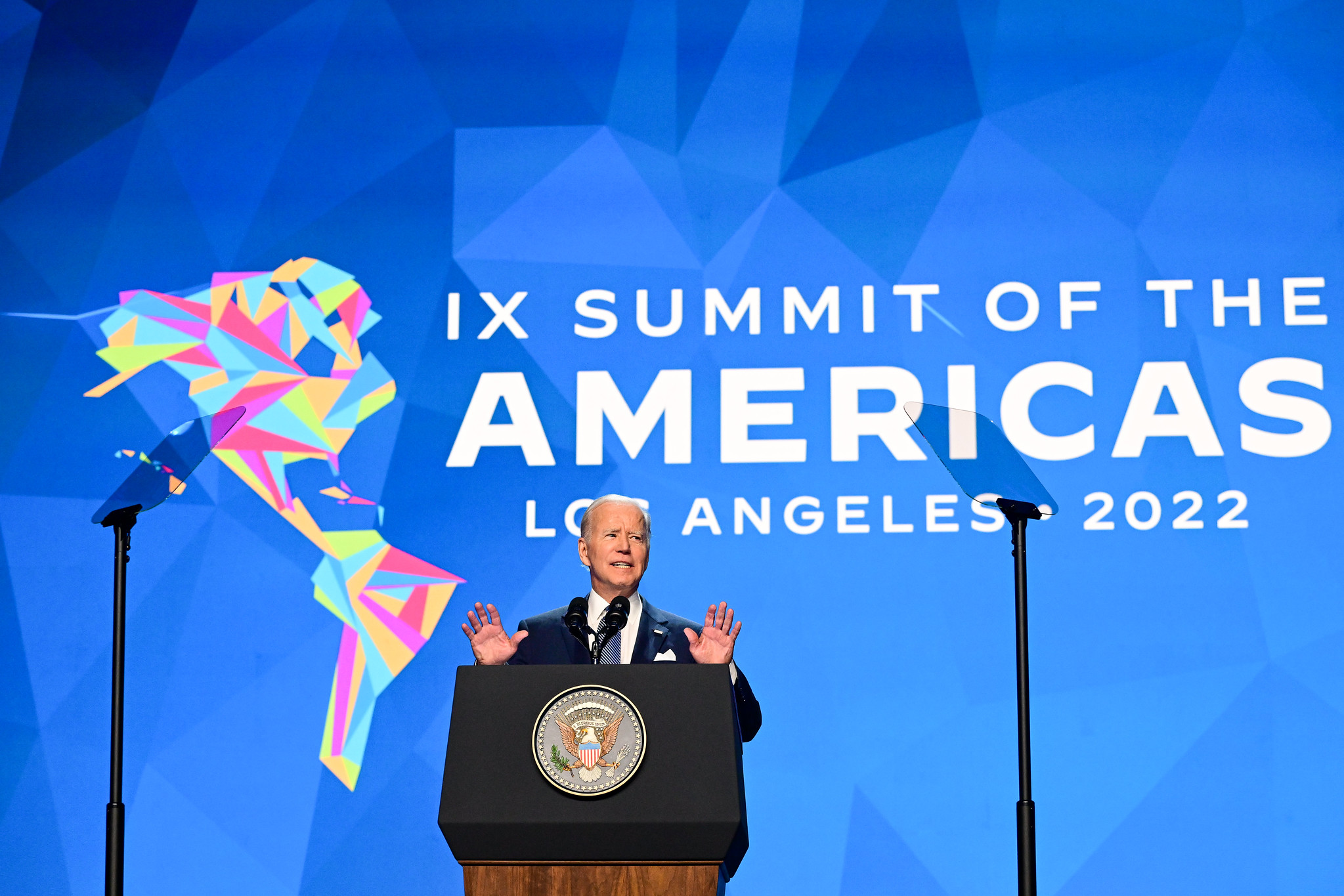 U.S. President Joe Biden speaks at the 9th Summit of the Americas in Los Angeles, California. The summit agenda missed an opportunity to address the major problems confronting Latin America, including COVID-19, inequality, and poverty.

One thing was clear from the recently held Summit of the Americas. Namely, it is that the power and influence of the United States in the region is waning, and there is no clear plan to regain it. Much changed in thirty years, when most of the region’s leaders sought a photo op with former President Bill Clinton at the first summit.

Mexico Is a No-Show

The signs were evident even before the leaders arrived in Los Angeles. Mexican President Andrés Manuel López Obrador openly threatened President Joe Biden with skipping the event if the region’s three dictatorships — Nicaragua, Cuba and Venezuela — were not invited. To the credit of the U.S. administration, it held strong in not granting these authoritarian leaders a forum that normalized their repressive behavior. A whirlwind of diplomacy from the U.S. ambassador to Mexico, Ken Salazar, and a procession of other U.S. officials, could not persuade President López Obrador to attend the summit.

But he was not alone. The presidents of the Northern Triangle countries in Central America — Honduras, El Salvador and Guatemala — the much-ballyhooed region where Vice President Kamala Harris invested time in visiting and to which the U.S. has pledged substantial funding also shunned the event. That the most important U.S. ally in the region, Mexico, and three critical countries that are at the center of the U.S. immigration debate, decided to leave President Biden in the cold, says a lot about the current state of U.S. power in Latin America.

Beyond the niceties of who attended, the summit agenda itself seemed distant from the massive problems confronting the region. Exacerbated by COVID-19, inequality, poverty and economic stagnation are rife in Latin America. Instead, the agenda focused on a series of highbrow issues that, to many Latin Americans, seemed more designed for the halls of Washington’s think tanks than the streets of Guayaquil or Lima.

This is not to say that promoting renewable energy in the region isn’t an important factor in fighting climate change. Similarly, diversity and inclusion are certainly long-term worthwhile goals in a region where minorities have been mistreated and not recognized.

But Latin America today is a region in deep crisis from fast rising energy and food prices, unemployment and lack of investment. These interwoven ills are accelerating instability from the Rio Grande to Patagonia.

As William Neumann recently wrote in an essay for The Atlantic, while “Biden and his officials were pushing proposals that seemed geared more toward a U.S. audience than a hemispheric one … Latin American leaders emphasized an alternative set of issues: They spoke about poverty and inequality; the economic impact of rising inflation; the cost of food, fuel, and fertilizers; and rising debt burdens on their countries, which had to cope with a set of problems they had not caused, including climate change, arms trafficking, and the economic effects of [the Russia-Ukraine conflict].”

How we got to this point in the region is a combination of many factors, from the rise of Chinese influence and investment in the region, to the worrisome dysfunctionality of the U.S. political system. It’s also a product of more than two decades of benign neglect, which can be tracked at least to 9/11, and today Ukraine, when U.S. focus shifted to other regions of the world. The result has been a slow but steady decline of U.S. influence in Latin America.

To begin with, there needs to be greater engagement with the private sector to become an engine of change.

U.S. influence is not returning, certainly not with the authority and power of the past. Some say: good riddance — U.S. power caused enough damage in the region over the centuries. But, on balance, the United States can still be a force for progress and economic improvement. The conversation with the hemisphere needs to change.

Secondly, COVID-19 laid bare the fragility of Latin America’s health care systems and other public services. Citizens of the region are frustrated and angry with the inadequacy of basic public services, which are often embroiled in accusations of corruption and lack of transparency. Many of these services often don’t even reach poorer areas of many countries.

There needs to be new thinking about financing new social investments through a combination of private sector initiatives and low-cost financing through multilateral institutions such as the Inter-American Development Bank and the World Bank.

Third, Latin America needs huge investments in infrastructure. Latin America is hobbled by its inadequate infrastructure. More than 60% of the region’s roads are unpaved, compared with 46% in emerging economies in Asia and 17% in Europe. The deficit in railroad, sanitation, ports and energy hubs impede economic integration and slow exports.

Think of It As Friendshoring

The Americas must think even more about nearshoring — how the global shift in supply chains can help the Americas grow better together. It’s no secret that Russia’s invasion of Ukraine and China’s increasingly authoritarian government means that supply chains are being reshuffled to geographies that are more reliable friends and partners.

Roberto Alvarez, the Foreign Minister of the Dominican Republic, calls this “friendshoring.” “We’re so well positioned and so are other countries in the region as well to take great advantage of this wave of manufacturing relocation,” says Alvarez. This is one area where the U.S. administration seems to be attentive to, as it announced during the Summit the Americas, the Partnership for Economic Prosperity, which among other things, aims to make “more resilient supply chains.”

In the midst of this influence lull in the region, there is an opportunity for the U.S.

Latin America will be a region in turmoil for the foreseeable future and will need international support to overcome the current environment. The moment provides the United States with a unique chance to step up its engagement diplomatically, economically and culturally. But to do so, if the United States wants to rebuild its credibility in the region, it needs to understand that business as usual is not possible, and a different approach is needed. 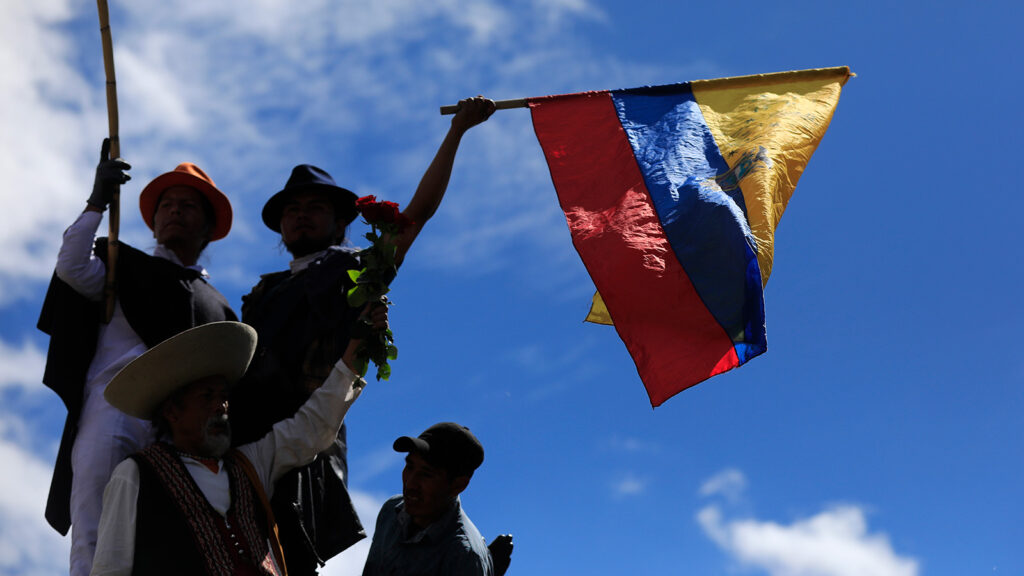 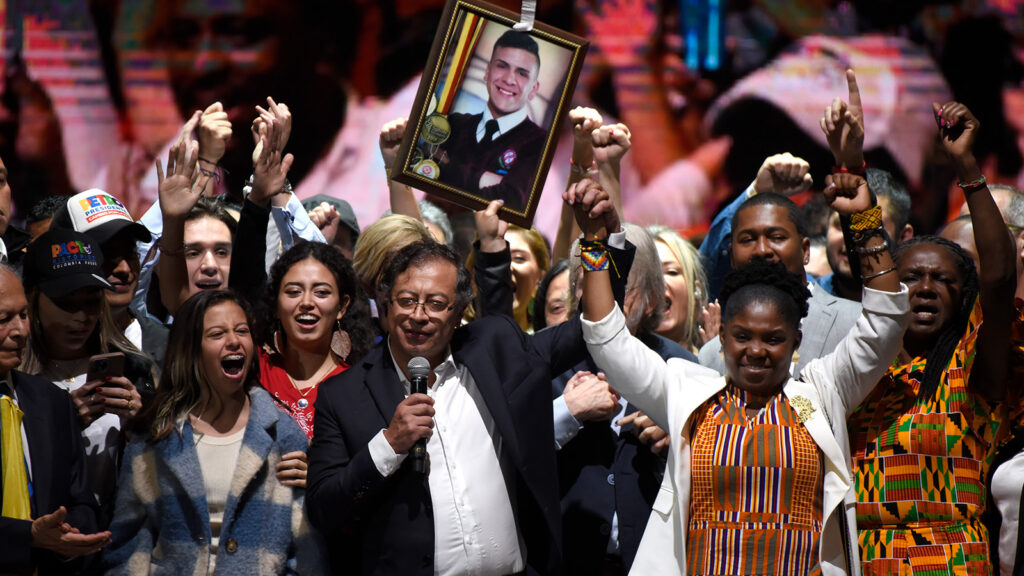 Miguel Silva Former Chief of Staff to President of Colombia
URL: https://www.brinknews.com/the-u-s-needs-a-fresh-approach-in-latin-america/
Get ahead in a rapidly changing world. Sign up for our daily newsletter. Subscribe
​​