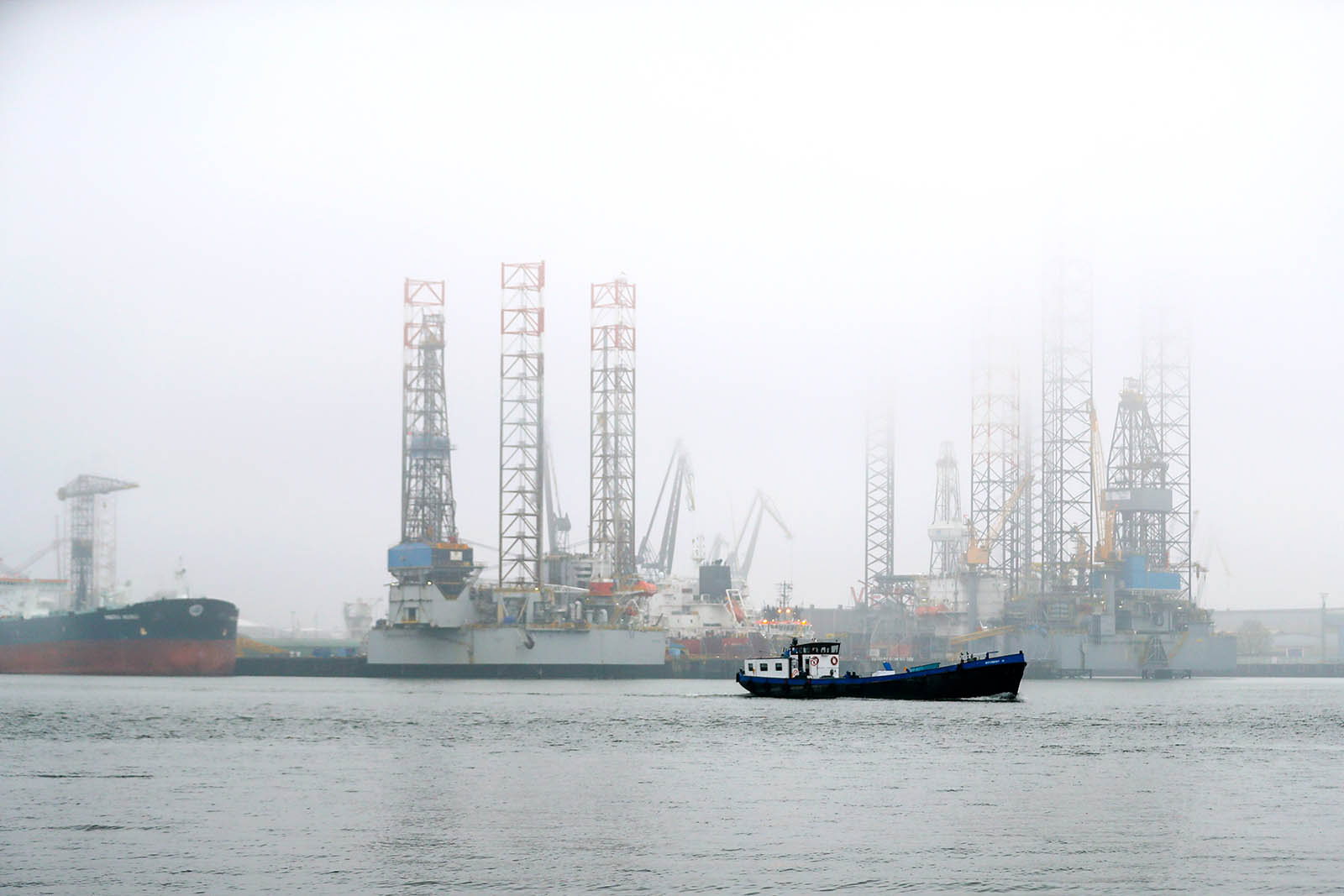 The Port of Rotterdam, the largest port in Europe, covering 41 square miles. Traditional explanations of international trade fail to account for the new services of the knowledge economy.

The protectionist cloud is growing darker over the G20 economies. Unilateral anti-dumping actions in the commodities industries are creating a new front in the legal trade wars between the major power economies. This is particularly unwelcome in light of the U.S. administration’s obstructionist strategy against the multilateral trading system, as observed in the failure to appoint new members in the WTO appellate body, which has the final say on the implementation or dismissal of trade remedies.

The latest World Trade Organization biannual monitoring report on Group of 20 (G20) trade measures shows figures that are in line with the covert protectionism trend that’s been in place since 2012.

Commenting on the report, which covers the period of mid-May 2017 to mid-October 2017, WTO Director-General Roberto Azevêdo said that, “G20 members have shown restraint in implementing trade-restrictive measures, despite continuing economic uncertainties. This is positive news and it shows again that the global trading system is working.”

At the embattled WTO, expectations must be running low as they seem to think that no news is good news when it comes to trade in the Trump/Brexit era.

Mr. Azevedo’s buoyancy lies in the fact that G20 countries formally introduced only 16 trade-restrictive measures compared to 42 in the previous six months. Yet, these late-2017 trade restrictions exceeded the coverage of trade-facilitating measures by only $5 billion, whereas in the previous review period facilitations outpaced restrictions by $116 billion.

In WTO parlance, trade-restrictive measures include new or increased tariffs as well as exportation and local content limitations. Correspondingly, trade-facilitating measures include eliminated or reduced tariffs and simplified customs procedures, which decreased from 42 to 28 within the past year.

In fact, the latest tally of new trade remedy investigations represented more than half of all trade actions recorded among G20 countries. So-called trade remedy initiations had a volume of $29 billion, as opposed to only $1 billion for terminations.

Looking closely at the WTO report, even trade war denialists will find that, “Initiations of trade remedy actions outpaced terminations by a ratio of three to one, marking the highest gap between initiations and terminations since 2012.”

Concerned foreign investors and domestic consumers will also notice that the main sectors impacted by the looming anti-dumping war in the second half of 2017 were electrical machinery, organic chemicals and paper products, whereas the terminations eased on organic chemicals, iron and steel and manufactured filaments.

Of course, the WTO leaders are supposed to promote their achievements and major reforms, such as the Trade Facilitation Agreement, the elimination of agricultural export subsidies, and the expansion of the Information Technology Agreement.

However, since the 2008 global financial crisis, the multilateral trading system has been traversing dire straits, while G20 countries show no initiative, leadership or unity to help the WTO reverse the trend.

The global trade compact as we know it is broken and needs a new paradigm shift.

Where Does the Buck Stop on Trade Protectionism?

It is unfair to expect much impact from the WTO, considering the political climate. The 11th WTO Ministerial Conference in Argentina in December 2017 was lackluster, geopolitically and institutionally.

The highly contentious matter of China’s market economy status in the WTO system highlights another sour spot among the G20 countries. International trade lawyers will eventually determine whether the U.S., EU and Japan should retain ample discretion in their anti-dumping and countervailing measures to protect their domestic industries against overt and covert state subsidies that boost the competitiveness of Chinese industrial production.

A New Paradigm Is Needed

While the WTO keeps treading water until a more favorable political environment resurfaces, the G20 economies face a dilemma. The global trade compact as we know it is broken and needs a new paradigm shift. This is not a choice of either returning to zero-sum mercantilist policies or tinkering with imperfect competition under comparative advantage assumptions that are two centuries old.

In the absence of a trade paradigm shift, the global value chains (GVC), upon which the fortunes of the largest economies in the world are largely based, increasingly face a choice between maintaining forms of industrial arbitrage and improving transnational standards of economic regulation.

This GVC dilemma lies in the fact that safely increasing access to cross-border production requires regulatory harmonization, which subsequently flattens cross-border industrial standards and thus reduces the potential for production arbitrage. The WTO report on G20 trade measures cannot capture this issue because it is inherently limited to cross-border exchange of merchandise goods. This kind of data doesn’t address the quandaries of services trade and technology transfers across the global value chains.

Simply put, unlike trade in goods, tariffs and other restrictions do not normally impede trade in services and intellectual property rights at the border.

The predominant economic explanations of international trade, be it comparative advantage or mercantilism, fail to account for the greatest phenomenon of the contemporary economy: the dematerialization of production and trade.

According to Richard Baldwin, a rare international economist who thinks outside the box, we are entering an era of globalized knowledge arbitrage. This is contributing to the creation of a world-economic structure that makes any clear distinction between economic sectors difficult, despite being kept quite distinct from the so-called traditional economy.

Emerging developments in information and telerobotics technology are adding a further dimension to economic globalization as knowledge arbitrage. This is opening a new kind of trade pipeline, based on so called “virtual migration flows.”

The boundary breakdowns between cross-border trade and labor require new analytical paradigms of international political economy. Determining the cost of labor by reference to productivity would conflict with the international trade principle of comparative advantage, which is founded on national dissimilarities rather than international uniformity.

This opens up broader issues of economic development and transnational mobility, as multilateral trade liberalization policies concentrate on promoting the free movement of goods, services, capital and knowledge but tend to neglect the liberalization of cross-border labor.

Sadly, the international trade governance debate is still tied to the limited boundaries of the traditional economy. No news on covert trade protectionism among G20 countries is bad news for the future of globalization.

Dr. Giovanni Di Lieto teaches international trade law in the International Business program at Monash University in Melbourne. He is a councillor of the Australian Institute of International Affairs and a commissioning editor of its online publication, Australian Outlook.