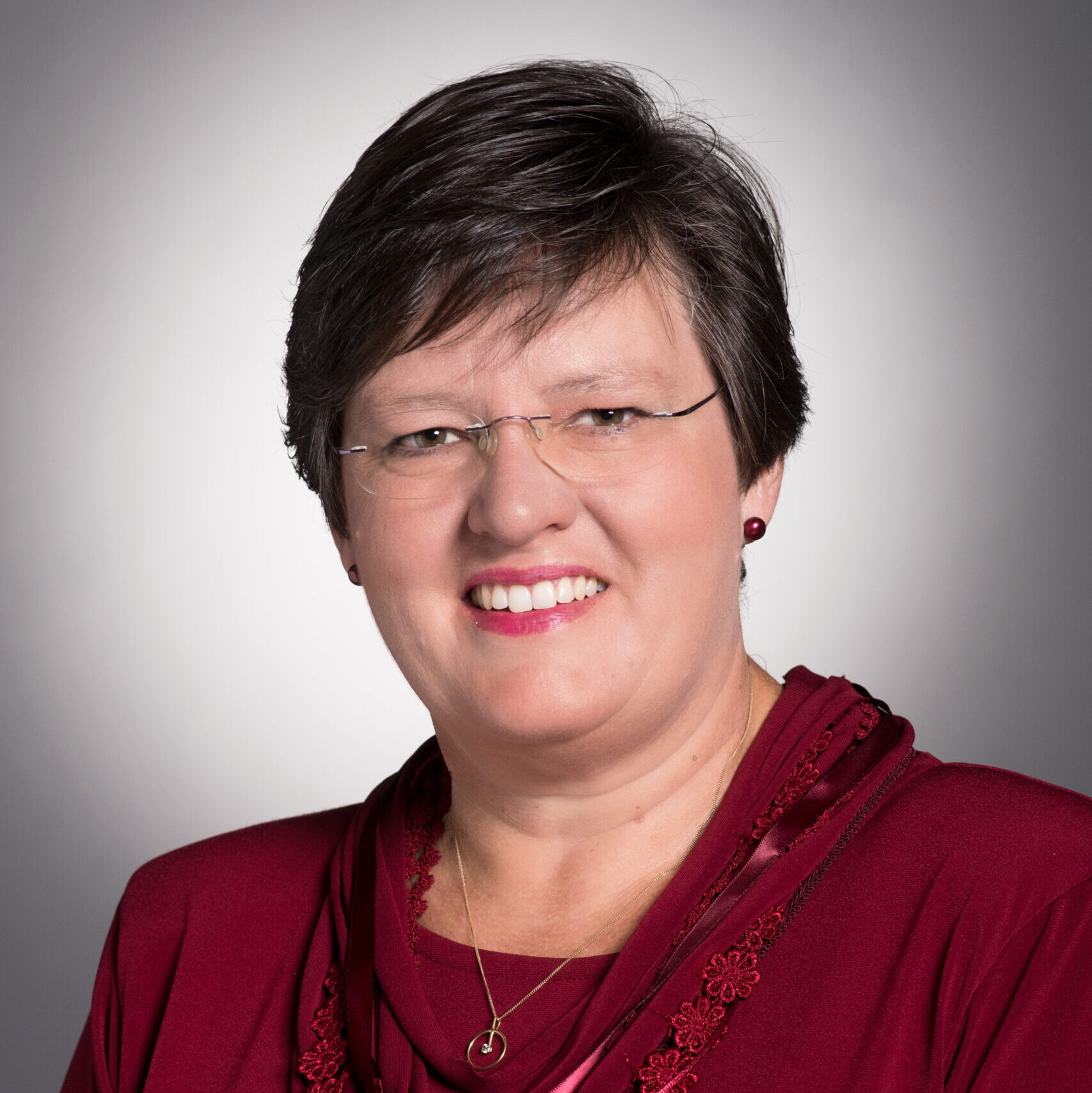 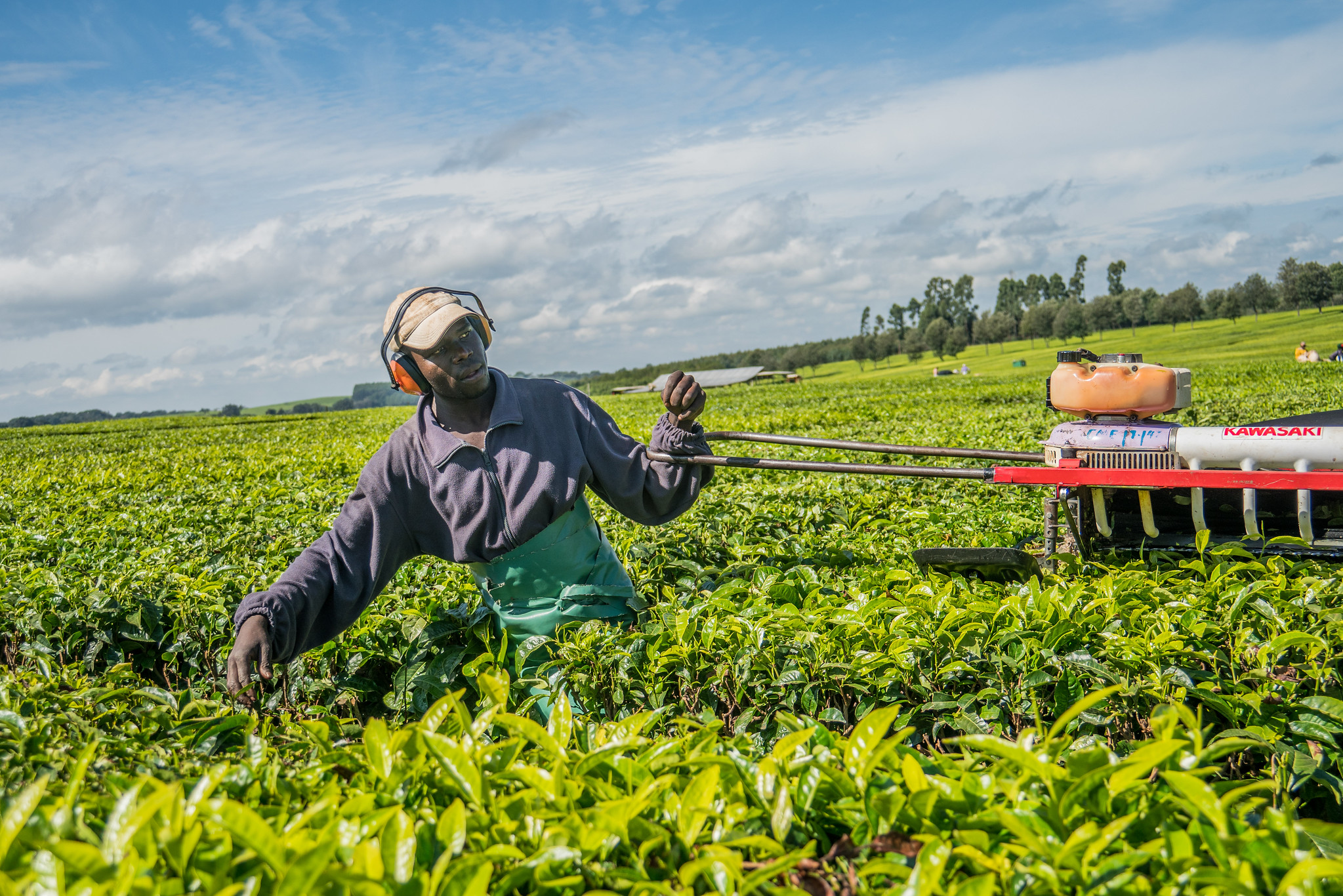 A man harvests tea on a mechanized tea estate in Kericho, Kenya. To learn from the current global food shortages, countries will need to invest in mechanization and encourage private sector development.

The World Food Program has warned that 275 million people are facing starvation as a result of global food shortages caused by the Ukraine conflict, bottlenecks in the supply chain, and crop failures in India and China.

Sheryl Hendriks, a food security expert at the University of Pretoria in South Africa, says that one of the big problems is the lack of private sector involvement in the food sector in many countries.

HENDRIKS: David Beasley, the head of The World Food Program, says that the situation is already so bad that they are having to choose between the hungry and the starving. What’s unfolding is both a short- and a longer-term crisis. A third of the world’s grain supplies and a large proportion now of oil seeds are tied up in Russia and Ukraine.

There’s food sitting from the previous harvest that can’t be moved out to the places that need the food. Much of the rail infrastructure and some ports in Ukraine have been damaged or destroyed, so while the silos are full, food can’t get out to those who need it. And countries in Africa are particularly reliant on imported grain from those two countries.

There’s a secondary aspect to this crisis because Ukraine and Russia also provide significant amounts of fertilizer for agriculture. Higher processing costs and lower availability will be major constraints to future harvests. Fertilizer prices were already going up last year, because fertilizer prices are linked to crude oil prices, so we were seeing farmers in Africa using less fertilizer, and that affects their harvests.

BRINK: Some countries are banning food exports as a way to husband their own resources. Will that make things worse or not?

HENDRIKS: Absolutely. There is some logic to holding back a proportion of food in order to meet your domestic requirements, but for example, Indonesia’s outright ban on the export of palm oil is going to have major repercussions. What happens if they run short of another commodity? Their neighbors are not going to be very friendly about sharing what they have.

So in terms of neighborliness, bans are fairly shortsighted. It also means that countries could lose their market share because somebody else will step into the market and fulfill their requirements. The palm oil restriction is going to affect a huge proportion of processed foods in particular, such as snack foods and many cheaper brands of ready-to-eat foods that are the go-to foods for busy urban communities.

BRINK: Let’s turn to possible solutions. How do you make sure that this crisis isn’t wasted as an opportunity?

HENDRIKS: Good question. We wasted the learning opportunities from the previous two high food price crises in 2007/8 and 2013. Countries should have responded to these crises by looking at their domestic production and seeing how they could diversify to ensure higher domestic supplies.

The response to the 2007/2008 food crisis in many African countries was to provide free or highly subsidized fertilizer and seeds to boost the production of grains. And for example, in West Africa, there was a significant response by farmers. But then the upstream distribution, storage, and transport components were lacking, and so a lot of that excess harvest just rotted the next year. We haven’t really learned much in terms of creating the right balance between import, export, and domestic production.

The Complicated Role of Governments

In developing countries, the government is very often the price setter, and the government is the major procurer of grain. It’s not an entirely free market economy. There’s huge government control, and governments see themselves as custodians of the food supply, especially for the staple grains. There are big risks in that.

BRINK: There’s no shortage of scientific research around food systems and reducing starvation. Why hasn’t that translated into a more secure global food system?

HENDRIKS: Because food is an instrument of politics, I guess. Particularly in the developing world, where the government plays such a big hand in food systems, any major shortfall is going to lead to food riots, and policy change in terms of food is viewed as extremely risky by governments.

The Need to Understand Consumers’ Trade-Offs

BRINK: Do you have any concrete recommendations for how there could be some improvement to food systems?

HENDRIKS: The digital domain provides many opportunities. A colleague, Athula Ginige, has developed a digital app to help farmers make their crop choices, so as an individual farmer, you can keep real-time knowledge of who’s planting what. The app then gives an estimation of the predicted price when it comes to harvesting.

But there’s a trade-off between convenience and the energy required to prepare alternative  meals that require cooking. The complexity lies in the connectedness of food and energy prices. If we were able to invest in producing more ready-to-eat, minimally processed natural foods, rather than additive-laden ultra processed foods, we could perhaps sway consumer choices to healthier meals.

There are some shining examples of mechanization success. In Rwanda for example, the government classified the entire country by agro-ecological zones and then identified the best varieties, for example banana, that would grow in each particular agricultural zone. They then re-orientated their entire extension system to deal with the specific diseases and pests per agricultural zone. There are very clever strategies to encourage people to grow what is relevant for their particular agro-ecological conditions.

Rwanda also invented an Uber-inspired tractor service, where, when a farmer needs a tractor service, they can call the Uber service. And there’s an incentive to keep the tractor maintained, have it full of fuel, and have it ready to run at any time. Rwanda has taken a very holistic approach to development with win-wins for the whole economy. We need more such initiatives where government and private entrepreneurs cooperate.

Professor at University of Pretoria

Professor Sheryl L. Hendriks is a professor and head of the Department for Agricultural Economics, Extension, and Rural Development in the Faculty of Natural and Agricultural Sciences at the University of Pretoria. She is a member of the Academy of Science of South Africa.

Alexander Privitera Fellow at UniMarconi, Rome
URL: https://www.brinknews.com/we-need-a-more-resilient-food-system/
Get ahead in a rapidly changing world. Sign up for our daily newsletter. Subscribe
​​