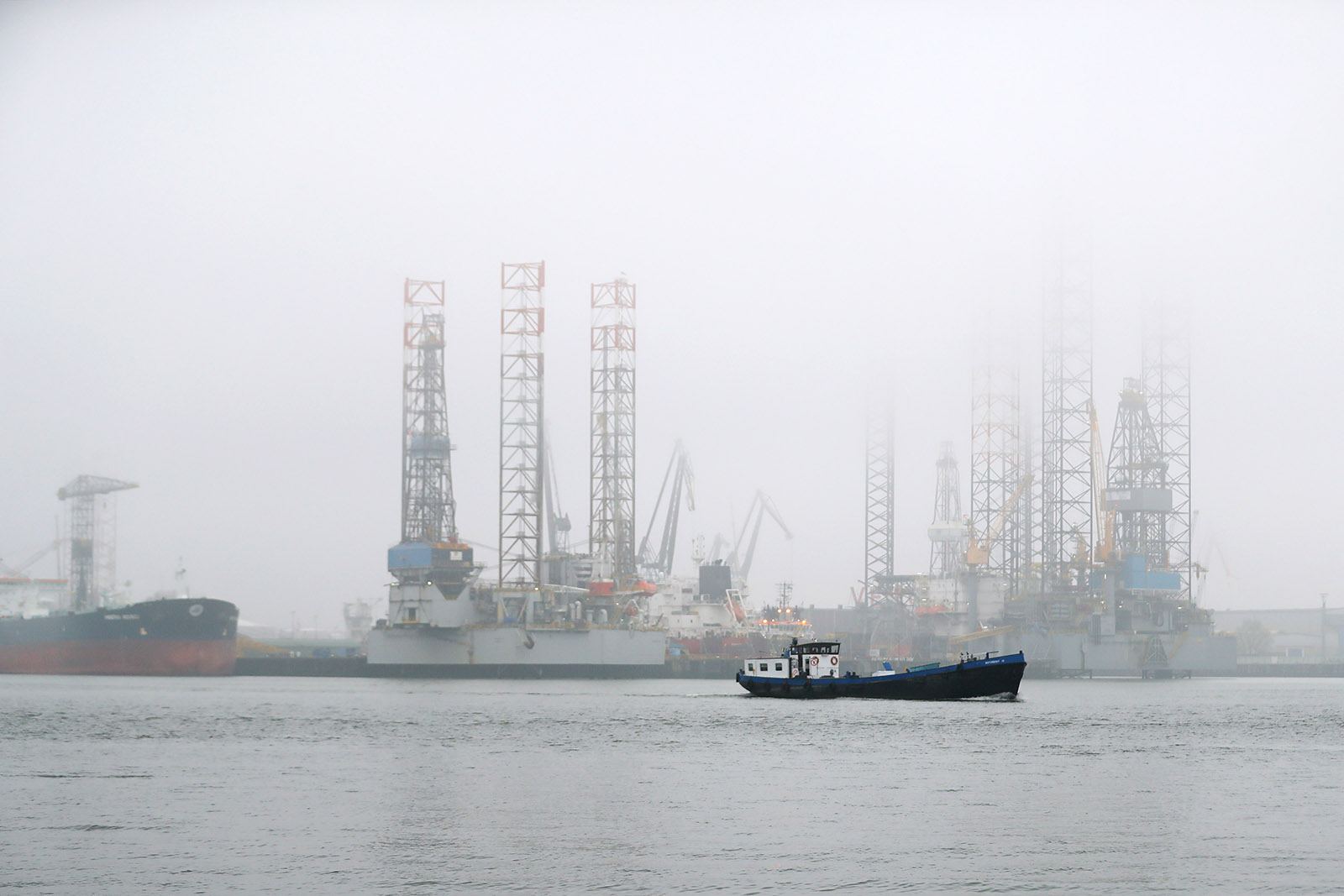 The Port of Rotterdam in November 2017. The cargo industry offers huge windfalls for grifters, according to one of BRINK's most popular pieces last year.

The theme of global economic development in 2017 was undoubtedly “turbulence.”

The governments of North America grappled with the implications of legacy trade agreements in the modern age, and the financial sector sought creative solutions to disruption ushered in by changing regulatory demands and emerging customer preferences.

Meanwhile, politicians, policymakers and business leaders sought to make sense of the international economic order coalescing before them by putting into historical context the developments that have fundamentally altered global exchanges.

Against this backdrop, here are five economic stories that captured the attention of BRINK readers in the past year.

The Pros and Cons of a Universal Basic Income

Swiss voters rejected a ballot initiative last summer to introduce an unconditional basic income that would “allow the whole population to lead a decent life and participate in public life.” It lost badly but also represented how far the idea had come among supporters.

Although people have advocated for some type of universal basic livelihood or support for centuries, recent advocacy has been closely linked to fears about extensive job losses due to technology, especially artificial intelligence (AI) and robotization of work, writes Rick McGahey, senior vice president for programs at the Institute for New Economic Thinking.

Futurist author Martin Ford details these dystopian scenarios in “Rise of the Robots: Technology and the Threat of a Jobless Future.” Ford says he sees new technologies pushing the economy towards “permanent technological unemployment,” implying that some form of UBI is necessary, although “you’d have to phase it in at a relatively low level.”

Politicians and policymakers in Canada, Mexico, and the United States reopened tough negotiations over the North American Free Trade Agreement last year, trading pointed language throughout. The agreement has come under particular scrutiny from President Donald Trump and his administration.

However, while NAFTA is a very valuable agreement, “it wouldn’t be the end of the world if it disappeared,” writes John M. Weekes, the former Canadian Chief Negotiator on NAFTA. In this piece, Weekes outlines the reasons a withdrawal from NAFTA might not be as catastrophic as some critics predict, citing among other things the existence of a bilateral trade agreement between Canada and the U.S.

The biggest thing business should do is analyze what the actual effects of different scenarios would be and advise their governments on how to defend their interests, Weekes writes.

Design Thinking: The New DNA of the Financial Sector

Facing disruptive challenges such as increasing regulatory demands and changes in customer preferences, the banking sector has sought innovation to address a shifting landscape.

Significant investment has gone toward attracting new talent, such as designers and artists, who  have skills not typically associated with the banking industry, write authors Josemaria Siota, a project leader at IESE Business School, and Inigo Ania, a principal in Oliver Wyman’s Financial Services Practice. A LinkedIn job search using the term “design” within the financial services sector in the U.S. revealed more than 15,000 related jobs, the authors note.

As a new tool for tackling disruption and innovation questions in the financial services industry, design thinking is enabling banks to boost growth by adapting to a rapidly changing environment.

A Walk Through an Open World Economy in Crisis

In a year during which economic discourse revolved around questions of disenfranchisement within the the modern financial system, a primer on the state of the economy was essential.  Jeffry Frieden, a professor of government at Harvard University, delivered just such a primer.

“The first era of globalization became politically unsustainable,” writes Frieden. “Its stability had depended on a willingness among those who mattered to subordinate a country’s domestic concerns to the requirements of its global position. But those who mattered were usually a small elite, for virtually no country was democratic. The middle classes, farmers, and the working classes—the people who bore the brunt of adjusting to international economic trends—had little or no voice.”

Bringing the historical detail into a contemporary context, Frieden writes that “until existing political parties and leaders are able to present a workable, attractive vision of how our societies can address the economic and social costs of globalization, an open world economy will be in danger.”

Cargo Loss Control: How to Make a Million in Two Hours

Captain John Dalby, the CEO of Marine Risk Management, dives deep into loss, a relevant topic for any professional in the risk sector, using the lens of the shipping industry as a mechanism. Dalby outlines how the cargo shipping industry miscalculates losses—and how those losses can lead to huge windfalls for skilled grifters.

“There are a myriad of so-called losses that can be either physical (that is, some are stolen or mislaid and never arrive at their destination or were never shipped in the first place) or of a documentary nature—mistakes (deliberate or otherwise) in recording data on the shipping documentation, miscalculation, and/or mismeasurement,” writes Dalby. “Almost all of these involve criminal intent and can be carried out with surprising efficiency and at small risk of detection.”