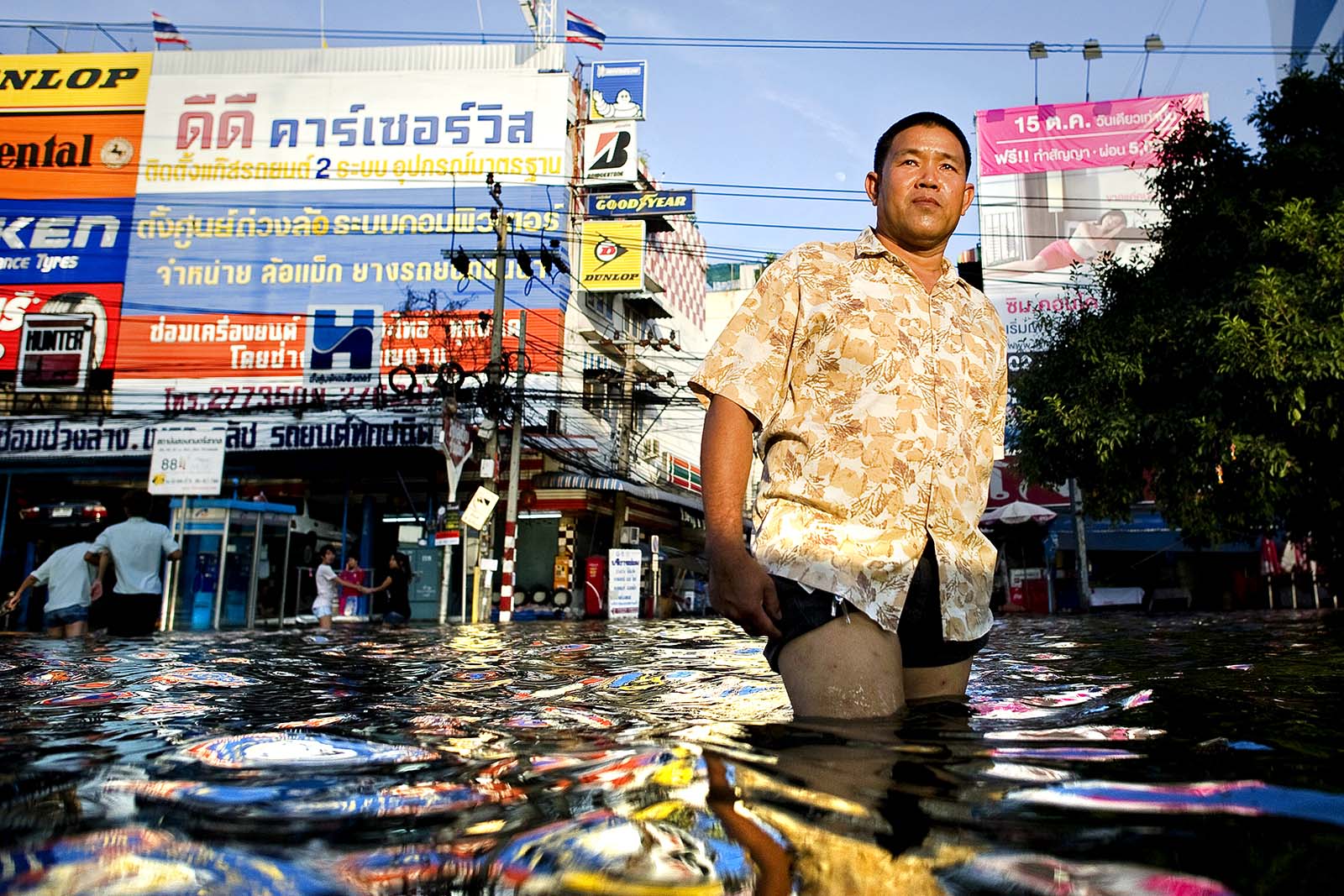 A man walks through the flooded streets of Bangkok.

Environmental risk factors must be top of mind for executives today as they are increasingly called upon to shield their organizations from threats associated with the natural world.

From questions about how society should respond to the challenges of climate change to concerns about disruption within the transportation, shipping, and energy sectors, 2017 provided no shortage of inputs in the evolving conversation on environmental risks.

Here is a recap of BRINK’s top five stories about environmental risk, which ranged in subject from an analysis of Germany’s plans electric cars and renewable energy to the vast potential of fusion power.

The Surprising Effects of an All Electric-Car Society

In October 2016, the Bundesrat—Germany’s upper legislative chamber—called on the country to support a phase-out of gasoline vehicles by 2030. The resolution isn’t official government policy, but even talk of such a ban sends a strong signal toward the country’s huge car industry. So, what if Germany really did go 100 percent electric by 2030?

Instinctually, one might assume that replacing regular petrol vehicles with electric cars would cut the carbon footprint. But it isn’t that simple, explains Dénes Csala, a lecturer in Energy Storage Systems Dynamics at Lancaster University.

An electric car running on power generated by dirty coal or gas actually creates more emissions than a car that burns petrol, writes Mr. Csala. For such a switch to actually reduce net emissions, the electricity that powers those cars must be renewable. And, unless things change, Germany is unlikely to have enough green energy in time.

The Danger Lurking in the Hotter Cities of the Future

Since 2000, more than three quarters of Americans reside in cities, and cities have grown both up and out. They don’t just have more people; they have more buildings, more cars, and more machines, all of which create heat. Cities also have more cement and asphalt, which hold in more heat than plants and grass.

These changes have created urban heat islands—areas in and around cities where temperatures are measurably hotter than in nearby rural areas. As a result, the young and old living in urban centers will be vulnerable to health issues from extreme heat and the smog it helps generate; the power grid will be pushed to the limit by an ever-increasing demand for air conditioning; and hotter cities will actually perpetuate a vicious cycle of greenhouse-gas-driven global warming.

Cities can better prepare themselves and their residents for heat waves and increase the overall awareness of the hazards of urban heat islands, writes Alyson Kenward, vice president for creative production at Climate Central. But the risks will persist unless global greenhouse gas emissions are also dramatically reduced.

Hurricanes Harvey and Irma exposed how vulnerable communities are to extreme climate events. With the two storms destroying thousands of houses and causing well over $200 billion worth of losses, questions have been raised about how we don’t seem to be doing enough to move homes out of harm’s way.

The worst is yet to come for many at-risk communities, writes B. R. Balachandran, director at Alchemy Urban Systems. It is imperative for governments at national, state and local levels to work together to facilitate processes by which such communities can move out of harm’s way while protecting their culture and the social capital of community life.

Fusion Energy: A Time of Transition and Potential

If we’re able to solve an extremely complex set of scientific and engineering problems, fusion energy promises a green, safe, unlimited source of energy. But how likely is it that fusion researchers can accomplish this task—and incorporate fusion power into planning for use in the future?

Stewart Prager, a professor of Astrophysical Sciences at Princeton University, and Michael C. Zarnstorff, deputy director for research at the Princeton Plasma Physics Laboratory, outline the progress to date on this ambitious energy innovation and the road ahead on the path to fusion.

The positives are matched by the significant scientific challenge of fusion, write Mr. Prager and Mr. Zarnstorff. But the potential of fusion’s outsize benefits to arrive in the second half of this century means we must keep working.

Shaping the Low Carbon Future of the Shipping Industry

Shipping is arguably the most carbon-efficient mode of commercial transport and is fundamental to the functioning of the global economy. However, there will be no space in the carbon budget to allow even the emissions of shipping (currently approximately 1 gigaton per annum) to be ignored, writes Alastair Marsh, CEO of Lloyd’s Register.

Low Carbon Pathways 2050—a joint study by Lloyd’s Register and Shipping in Changing Climates—aims to answer a fundamental question: What is a reasonable estimate of how shipping might be required to change, and what does this look like?

The results of the report show that shipping likely needs to start its decarbonization imminently and that the associated changes will be fundamental and require a lot of further work and development to minimize disruption.