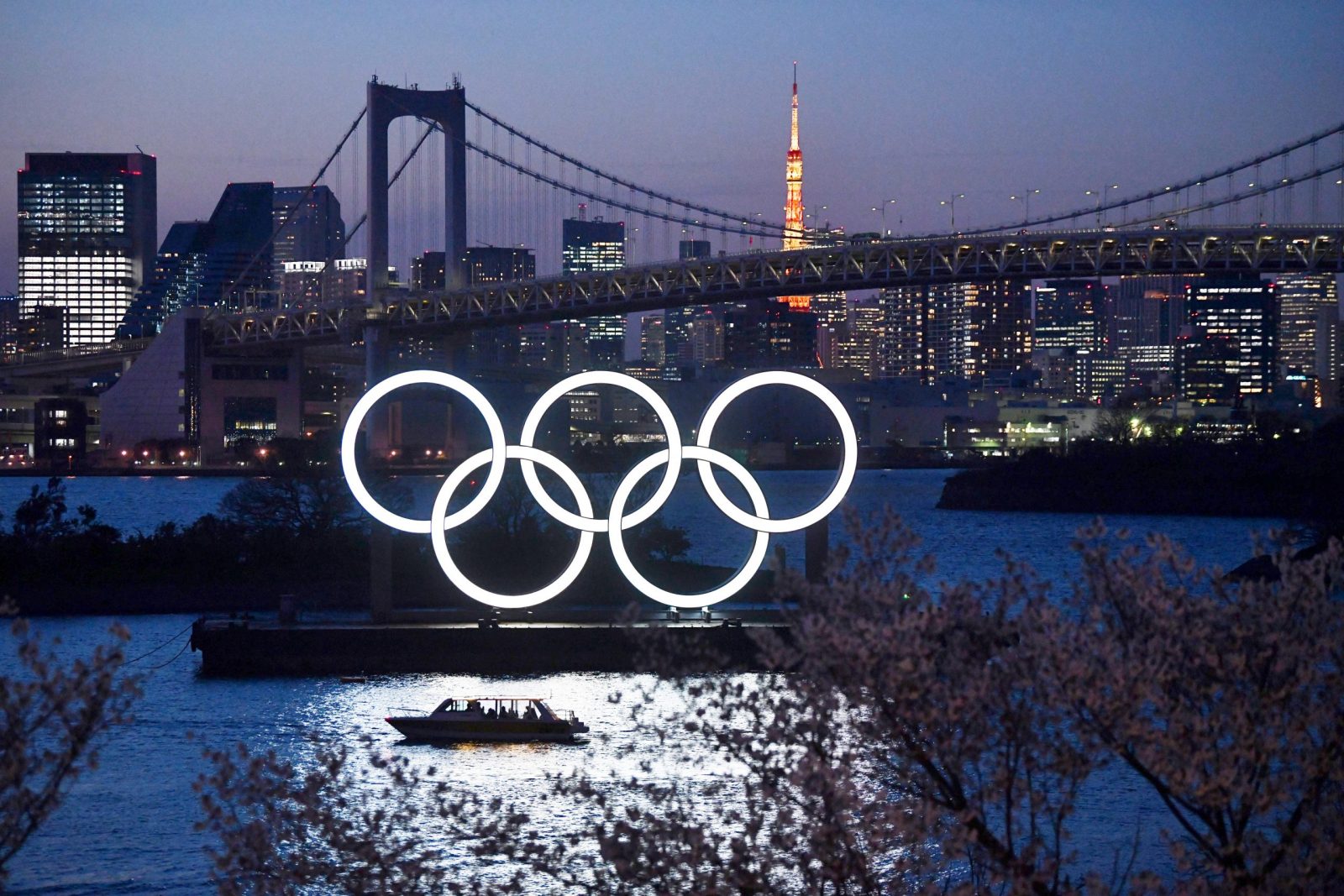 A boat sails past the Tokyo 2020 Olympic Rings on March 25, 2020 in Tokyo, Japan. The Olympics were postponed to 2021 with the hope that the world and especially Japan would have successfully dealt with COVID-19 by then — but things have not run to plan.

Next month’s Tokyo Olympic Games has become one of the most controversial Games of the modern era. It is currently facing deep popular opposition in Japan, but the International Olympic Committee and the Japanese government are fully behind it and determined to make it a success.

When Tokyo was chosen to host the 1964 Olympics, the first Asian city to do so, it was symbolic of the dramatic rise and recovery of Japan from World War II, which ended less than two decades before. And similarly, when Beijing hosted the 2008 Olympic Games, it brought to the world’s attention China’s dramatic rise from desperate poverty to emerging great power status.

Tokyo lobbied hard to secure the 2020 Olympic Games, which it was awarded in 2013. The Games were to highlight to the world that “Japan is back,” after the tragic triple disaster in 2011 of earthquake, tsunami and nuclear disaster, and perhaps even the return of the Japanese economy, thanks to the then-Prime Minister Abe’s Abenomics program, after two decades of stagnation.

But the Tokyo 2020 Olympics seem to have been spooked from the very outset. Public pressure pushed the Japanese government into scrapping the expensive and controversial plans for a dramatic stadium designed by the Pritzker Prize-winning Iraqi-British architect, Zaha Hadid. And the initial design for the Olympics logo had to be scrapped following accusations of plagiarism.

The curse was seemingly confirmed in early 2020, when COVID-19 struck.

The 2020 Summer Olympics and Paralympics, scheduled to take place in July/August in Tokyo, were the pet project of then Prime Minister Shinzo Abe who had personally lobbied very hard to win the nomination, and even when it was obvious that it could no longer be held in 2020, Prime Minister Abe went to extraordinary lengths to try to convince the International Olympic Committee that the Olympics could be held as scheduled, despite COVID-19.

Ultimately, the Tokyo Olympics were postponed to 2021 and are now scheduled to be held from July 23 to August 8. The hope was that the world and especially Japan would have successfully dealt with COVID-19 by then and that the Tokyo Olympics could be staged. But things have not run to plan.

Japan Is in Its Fourth COVID Wave

While the U.S. and Europe are now in much better shape, mainly thanks to successful vaccine rollouts, Japan is in the midst of a fourth wave.

Japan managed COVID-19 fairly well in 2020, though not as well as neighbors like South Korea and Taiwan. But Japan has experienced two surges this spring, the first in January and the second in April and May, although numbers are falling again, at the same time as COVID cases and deaths slowed in poor performers like the U.S. and Europe. Now hospitals in some parts of the country are under strain.

Moreover, some of Japan’s Asian neighbors like India, Indonesia and the Philippines, as well as Africa and Latin America, are in even worse shape and are desperating waiting for the delivery of vaccines that have been promised on several occasions by world leaders. Ironically, China, where COVID-19 originated, is relatively healthy, principally thanks to draconian lockdown measures.

This led the government in April to declare a state of emergency — with various restrictions — in 10 of Japan’s 47 prefectures, including Tokyo, which together account for more than 40% of Japan’s population and half of its economy. This state of emergency is currently scheduled to finish on June 20, one month before the opening of the Games.

What has been the problem?

With less than 40 days until the start of the Games, the majority of the Japanese public — 60% to 80%, according to various polls — would like the Games to be either cancelled or postponed again.

The Japanese government, well known for its heavy bureaucracy, has been slow in its vaccination campaign — slow in approving vaccines for distribution, slow in acquiring vaccine supplies and slow in getting the rollout moving. Only 3% of the population is fully vaccinated. Moreover, Japan’s states of emergency have only involved soft restrictions on people’s behavior, unlike the strict lockdowns of other countries. For example, most Japanese have never stopped taking their highly packed trains to work.

The seemingly never-ending nature of COVID-19 and Japan’s states of emergency has had a big impact on attitudes toward the Olympic Games.

With less than 40 days until the start of the Games, the majority of the Japanese public — 60% to 80%, according to various polls — would like the Games to be either cancelled or postponed again. A petition to stop the Tokyo Olympics has garnered over 400,000 signatures. Ten thousand registered Olympic volunteers have reportedly quit, while many cities backed out of hosting athletes.

Dr. Naoto Ueyama, chairman of the Japan Doctors Union, said the International Olympic Committee and the Japanese government have underestimated the risks of bringing thousands of people, from 200 countries around the world, into Japan, which could lead to the spread of variants of COVID and even the creation of a new “Tokyo Olympic strain.”

The U.S. government has warned Americans against traveling to Japan. Japan’s Asahi Shimbun newspaper, a sponsor of the Olympics, called for the Games to be canceled. And CEO of Softbank, Masayoshi Son, has warned of significant dangers of holding the Olympics.

But the Japanese government and the IOC are adamant that the Tokyo Olympics will take place — senior IOC member Richard Pound has said it would take “Armageddon” to postpone the games again. A key point is that the IOC derives almost 75% of its income from selling broadcast rights, and it has reportedly estimated that it could lose $3 billion to $4 billion in broadcast income if the Games are canceled.

Could They Pull It Off?

The current Japanese government led by Prime Minister Yoshihide Suga, whose approval rating has halved since he took office in September last year, is also determined to hold the Games. It has already sunk billions into the Games, and they could lose an estimated $16.5 billion in the event of cancellation. Moreover, Prime Minister Suga is hoping for very successful Games, which would lift the spirits of the Japanese people and support for the government, which might call an early election to reap the harvest of the Games.

Could Coronavirus Help to Modernize the Japanese Economy?

Such a scenario may seem implausible today, but it is not.

The IOC and the Japanese government are developing very strict protocols for the Games, which could indeed result in a “safe and secure” event as the Japanese government is promising. Athletes will be segregated from the general population, and all must comply with strict rules on testing, transport and contact with other people to keep the Olympics safe.

They will live in a bubble at the Olympic Village, and will be rushed out of the country within two days of their event. The IOC is banning overseas fans from the Games, and Japanese fans may also be kept away from what organizers promise will be a sanitized “bubble” event to minimize contagion risk.