Vaccine Inequality: Countries Step In to Help — and Spread Their Influence

August 4, 2021 An Altamar podcast interview with 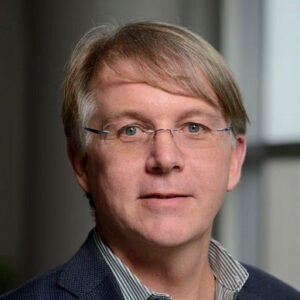 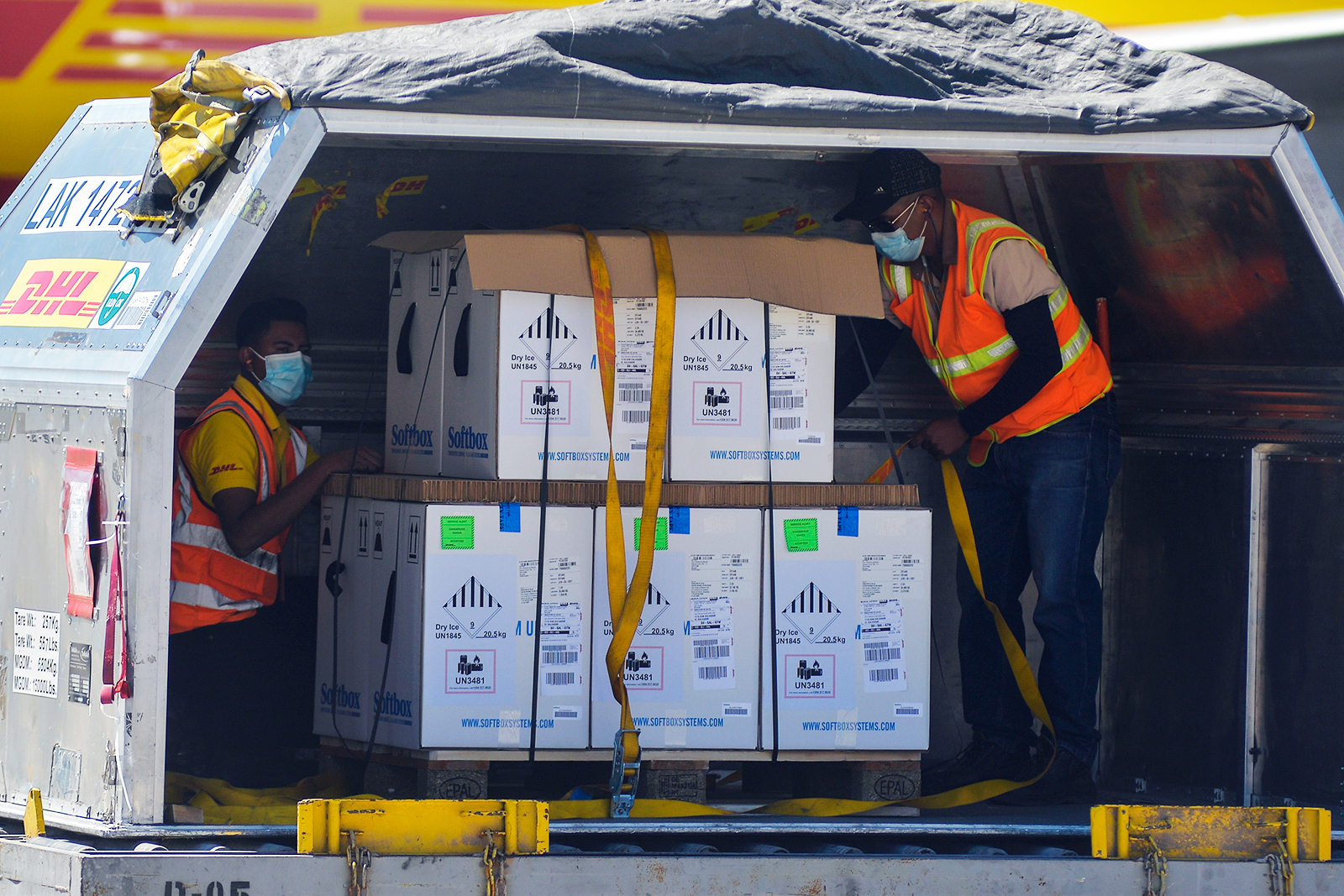 Airport workers transport doses of the COVID-19 vaccine during the arrival of the third batch as part of the COVAX agreement on March 22, 2021, in La Paz, El Salvador. COVAX is just one part of a larger effort to develop lasting infrastructure against the global health crisis that COVID started.

While some developed countries are welcoming a long-anticipated reopening, many developing countries continue to live through a severe public health crisis. The worldwide vaccination effort has only deepened the fault lines between rich and poor countries, as vaccines are still not equally accessible across the globe.

Bill Moss is the executive director of the International Vaccine Access Center and a professor of epidemiology and immunology at The Johns Hopkins University. He joins hosts Peter Schechter and Muni Jensen on Altamar’s latest podcast episode to discuss the global vaccine response, the future of the COVAX initiative and what we can expect from COVID-19 in months to come.

Moss is a professor in the Departments of Epidemiology, International Health and Molecular Microbiology and Immunology at The Johns Hopkins University. He is also the deputy director at the Johns Hopkins Malaria Research Institute. He is a pediatrician with subspecialty training in infectious diseases and has worked in Ethiopia, Kenya, South Africa, Zambia, Zimbabwe and India, among other countries.

As some countries reopen, others in the developing world still have a long way to go. The dangers of health access inequality have become increasingly clear during the global pandemic. So how do we bridge this “vaccine inequality”?

To make vaccines more broadly accessible, multilateral organizations have partnered in a global vaccine initiative called COVAX. Spearheaded by the WHO, GAVI (the Vaccine Alliance), CEPI (the Coalition for Epidemic Preparedness Innovations), and UNICEF, COVAX aims to provide participating countries with equal access to vaccines. “[It’s] a coalition that was founded in April 2020 when no one really knew when vaccines would become available. But early on, it was recognized that there was going to need to be a mechanism in order to get fair and equitable distribution of vaccines,” explains Moss.

COVAX is just one part in a larger effort to develop lasting infrastructure against the global health crisis that COVID started. “[COVAX is] one of the three pillars in what is called the ACT Accelerator. And ACT is Access to COVID-19 Tools Accelerator. And the goal here is to have equitable and fair access to vaccines, diagnostic tests and treatments for COVID-19. COVAX is one part of this ACT Accelerator focused on vaccines,” describes Moss.

“The way COVAX is set up is in two components. One is for what are called self-financing countries or economies. These are countries that have the capacity to set up bilateral arrangements with vaccine manufacturers. A lot of the high-income countries have obviously set up bilateral arrangements with the vaccine manufacturers and have purchased a large proportion of the vaccines that will be manufactured in 2021. And under this arrangement for the self-financing countries, they can either have a commitment where they basically get an insurance policy at a pre-specified price for COVID-19 vaccines. They also have an optional choice where they can kind of opt in or out, but again, they have this insurance policy,” elaborates Moss.

How Vaccine Diplomacy Is Politicizing the Pandemic

Distributing vaccines equally around the world isn’t simple. National interests and political influence are often a caveat in foreign intervention and aid, and the global vaccine distribution is no exemption.

“We’ve seen Russia and China with their respective vaccines use vaccine diplomacy so effectively. Meanwhile, the United States and Europe were actually late to reach out to the developing world. How have you seen the long-term consequences of this delay play out?” asks Altamar’s Peter Schechter.

“China, as we know, has invested heavily over the past decade or two in many sub-Saharan African countries in building roads and building facilities like hospitals. There’s a trade-off there, because many minerals and resources go to China to help their industrial base. And so, at least in sub-Saharan Africa, where a lot of my work is, and where I see the impact of the Chinese investments, I see this as kind of an extension of that. China has particularly provided the Sinopharm vaccine,” replies Moss. “Being able to provide COVID-19 vaccines to countries in Africa is really important. The Russians have their Sputnik V vaccine that they have also made available to many countries around the world, particularly in the Eastern European region and South America.

And the United States is late to the table in being able to provide vaccines to many of these countries,” he points out.

Can Companies Legally Mandate Vaccines for Their Employees?

Is ‘Vaccine Nationalism’ the Next Threat to Global Health?

The U.S.’s tardiness affects its influence and presence in many of the world’s developing regions. “What could be the long-term consequences of delaying this much? And how much has this self-interested vaccine diplomacy actually helped to curb the pandemic?” asks Altamar’s Muni Jensen.

“There’s obviously a humanitarian component to [vaccine diplomacy], but there’s also self-interest. There’s public health self-interest. As long as the virus is circulating in parts of the world, particularly with unchecked transmission, we get variants. But there are also potentially the political implications in terms of influence on various countries,” responds Moss.

The vaccination distribution effort became politicized very early on. “I think part of this had to do with the way former President Donald Trump and the Trump administration dealt with turning this into a political football. It also occurred in the context of a highly polarized political climate in the United States, in terms of politicizing many of the public health measures. There’s also a long history in the United States of vaccines being a politicized issue. This tension between public health and vaccine mandates/requirements on individual liberties is a tension that’s always existed,” answers Moss.

The Intersection of Vaccines and Populism

The reality is that vaccines are political in our society, and leadership — or the lack thereof — is key when it comes to dealing with a public health emergency. “I think where populist governments have really gone astray is in not being transparent, not telling the truth and not following the scientific advice.

And so, when all of that is spun and turns into disinformation about the pandemic itself, the extent of the transmission, the severity of disease and the steps necessary to get on top of this pandemic, where all of that is twisted for political purposes, that’s where I think the populist governments have really taken their countries and their populations down a wrong path. And we’ve ended up in this very tragic situation with massive numbers of cases and deaths,” laments Moss.

And then, the question on everyone’s minds: Is there a life after COVID? “I’m not sure we’ll reach a world without COVID. COVID will be with us, but it will be managed much better than the way we have now … as [certain] populations either get vaccinated or get infected, I think we’ll see a lower level of virus transmission. That still may be one year, two years away where we enter that kind of post-pandemic period, but we’re going to continue to have to battle this virus at a low level.

Slowly, we’ll get back to where we were, and maybe this will become another somewhat routine kind of respiratory virus that tends to be more severe in older individuals, in adults, and hopefully we’ll have those populations protected through vaccination or natural infection,” reflects Moss.

Bill Moss is the executive director of the International Vaccine Access Center. Moss is a professor in the Departments of Epidemiology, International Health and Molecular Microbiology and Immunology at The Johns Hopkins University. He is also the deputy director at the Johns Hopkins Malaria Research Institute. He is a pediatrician with subspecialty training in infectious diseases and has worked in Ethiopia, Kenya, South Africa, Zambia, Zimbabwe and India, among other countries.

Til Schuermann Partner and Co-Head of Oliver Wyman’s Risk & Public Policy Practice
URL: https://www.brinknews.com/how-can-countries-bridge-the-vaccine-inequality-gap/
Get ahead in a rapidly changing world. Sign up for our daily newsletter. Subscribe
​​