How Well Is Hong Kong’s Economy Holding Up? 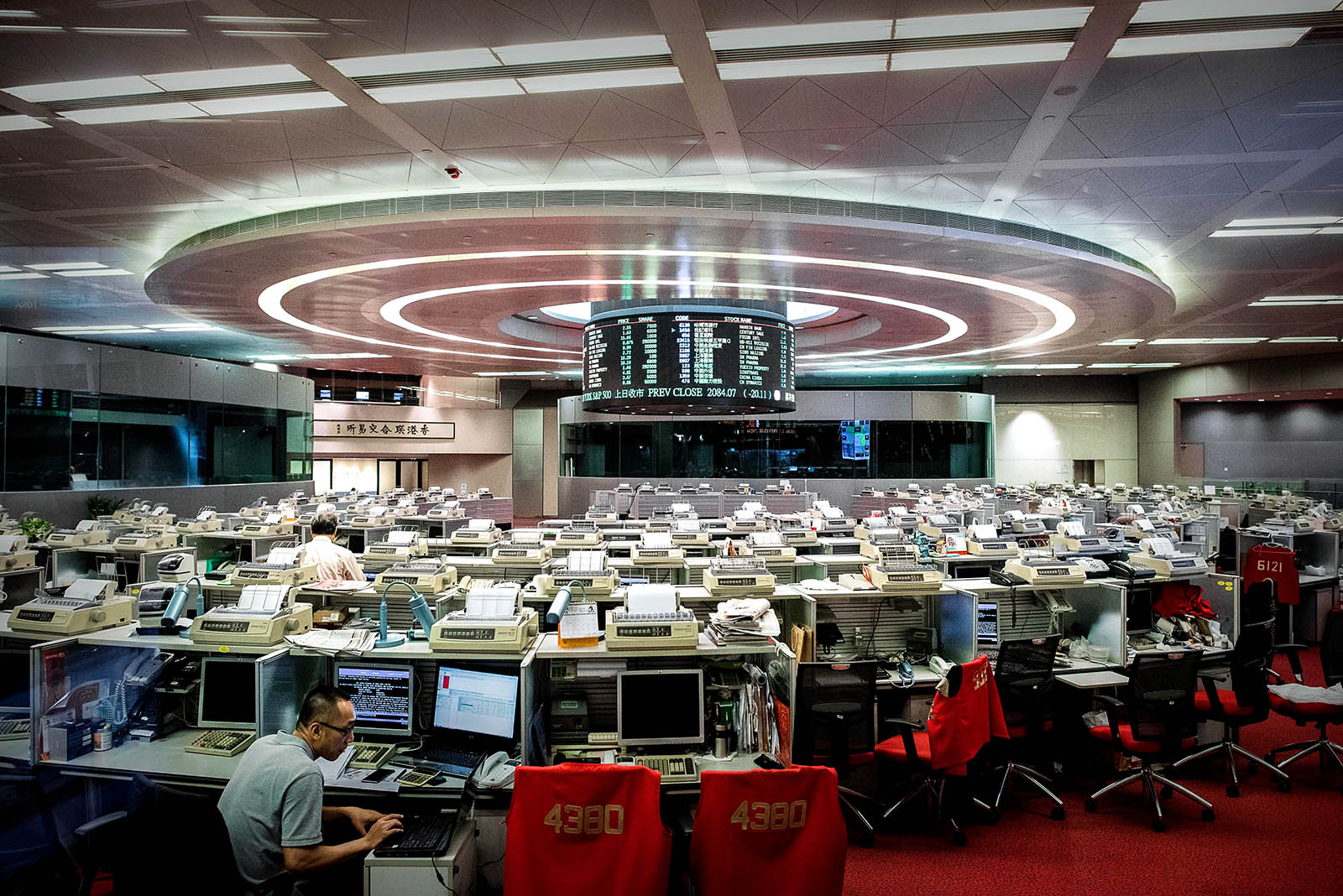 A trader on the floor of the Hong Kong Stock Exchange. Hong Kong's economy is showing signs of slowing on account of a number of factors.

As huge protests over a controversial extradition bill continue to roil Hong Kong, its economy is showing signs of slowing. GDP growth decelerated in the first quarter of 2019, on top of the already slow expansion in 2018. The slowdown came from all components: Uncertainties over the United States-China trade war, sluggish external demand that led to weaker performance in external sectors and domestic demand that lost momentum on the back of cautious local sentiments.

Recent data points to a continuation of decline in both exports and imports in Hong Kong, as uncertainties over Sino-U.S. trade dispute and weak global demand continued to dampen production and trading activities in Asia.

On a monthly basis, both export and import declined for four months straight since January. Decelerating exports widen the overall trade deficit, echoing the weak performance of GDP growth rate in the first quarter.

Against such negative international backdrop, local business confidence remained in contraction, which also pushed down the growth of domestic investment and retail sales. This clearly does not bode well for future economic growth, given how dependent the Hong Kong economy is on consumption. What’s more, business sentiment surveys also exhibit overall worries on the business situation ahead. That said, the Hong Kong labor market remained robust, with the unemployment rate kept constant at a low level.

The resilience of the labor market is expected to buffer potential shocks to consumption and investment. In addition, moderate growth of nominal wages also helped to keep business cost steady. Going forward, external uncertainties are expected to continue pressuring retail sectors in the near term, but tight labor markets and gradually recovering inbound tourism spending should help to buffer this.

As one of the key industries for Hong Kong, transportation and logistics was also hit hard by the escalating uncertainties. The deceleration trend in transportation continued with decline in cargo handled by road, port and air. The silver lining, however, lies in the passenger movement, which shows signs of continued expansion in Q1 2019, thanks to the operation of the Hong Kong section of the Guangzhou-Shenzhen-Hong Kong Express Rail Link and the Hong Kong-Zhuhai-Macao Bridge as well as the holiday effect.

As for Hong Kong financial markets, the liquidity environment has been improving. The Hong Kong Interbank Offered Rate remained at low levels before picking up in April and May. Driven by carry trades over a widening interest rate spread between the Hong Kong dollar and the U.S. dollar, the HKD weakened against USD, touching the weakest convertibility rate and triggering the Hong Kong Monetary Authority to intervene during May. However, it started to rally in June as the dollar weakened.

The near-term performance of the Hong Kong stock market is likely to remain volatile on the back of anti-extradition protests and rising political uncertainties.

Recent anti-extradition protests have triggered abnormal volatility in the HKD, but overall, Hong Kong’s stock market seems to have priced in more of the financial factors than economic fundamentals. The Hang Seng Index recorded strong momentum in the first quarter thanks to the dissipation of Fed hiking expectations as well as reported progress in U.S.-China trade talks.

Going forward, the near-term performance of the Hong Kong stock market is likely to remain volatile on the back of investment decisions influenced by the anti-extradition protests and rising political uncertainties.

Recovery in the Property Market

There was a significant recovery in Hong Kong’s property market in the first quarter. The transaction volume of residential properties picked up to a large extent in primary and secondary markets in the first quarter of 2019, compared to the last quarter. Rentals for offices and retail also registered growth. An improving property market and stock market have been beneficial for the domestic demand in Hong Kong.

Moving forward, although favorable labor market conditions and robust inbound tourism should provide some support in the near term and a dovish Fed should also help in terms of the liquidity environment, we hold a cautious view on the economic outlook of Hong Kong, as the economic fundamentals are likely to worsen further on the back of the escalated external uncertainties.

The recent protests against the extradition law brings uncertainty to the political environment surrounding Hong Kong and effectively holds up investment decisions, triggering significant economic impact. It could also reduce retail sales as well if tourism is impacted, since Hong Kong’s tourism industry is highly dependent on Chinese visitors. As such, we lower our forecast for economic growth rate to 2 percent for 2019 for the time being with a clear downward bias, depending on how the trade war and current social tensions evolve.