Lessons from China’s Reform for Other Emerging Economies 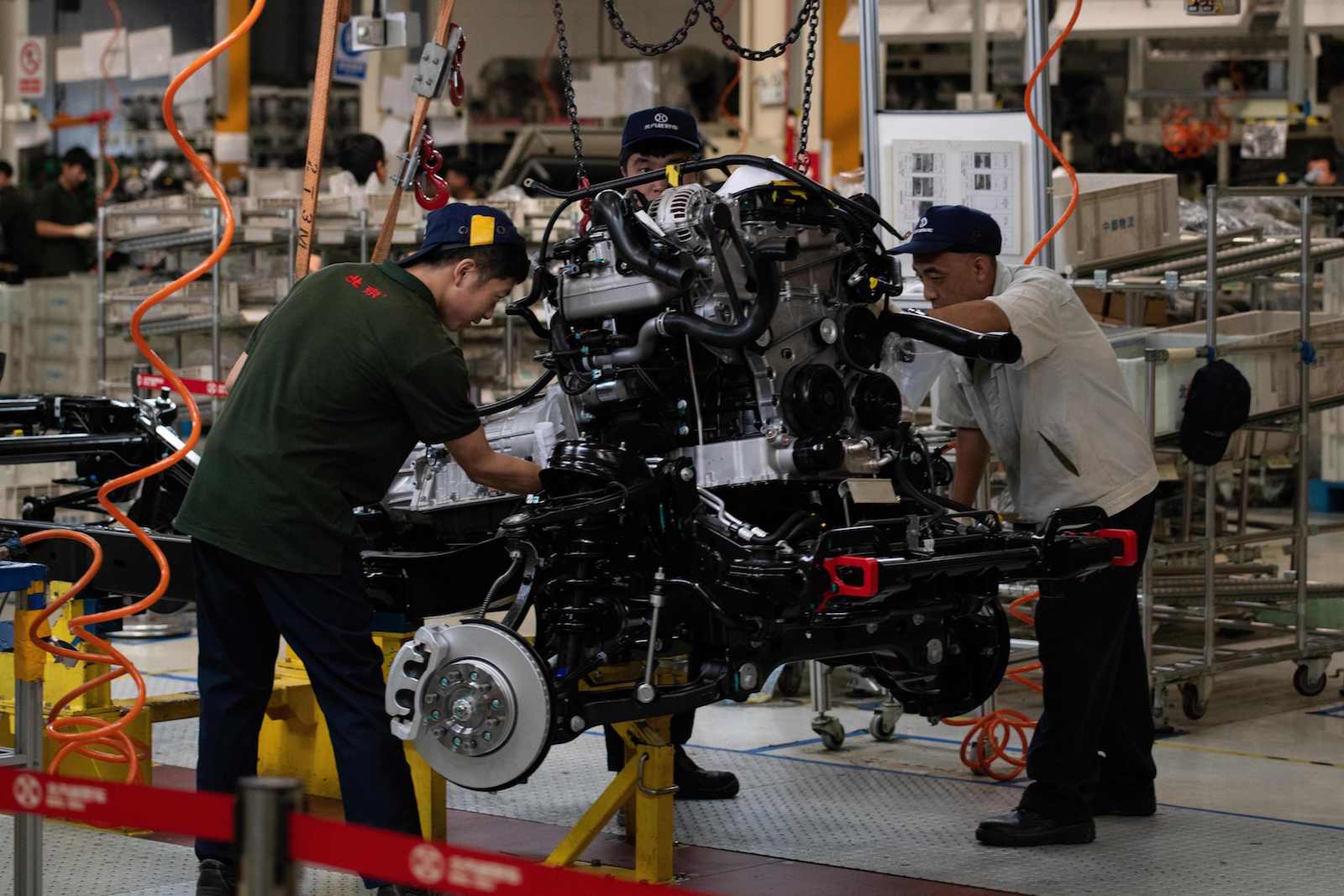 This picture shows workers on an SUV production line at the Beijing Automotive Group Co. China's factory activity ticked marginally upward in August, beating forecasts as analysts expected the trade war with the U.S. to weigh more heavily on manufacturing.

This is the second story in a weeklong series on China.

China’s economic reform and opening up process helped lift almost a billion people out of poverty in less than a lifetime and made it the world’s second-largest economy (and largest in purchasing power parity terms).

As the country marks 40 years of this reform process, BRINK Asia spoke with Mr. Chaipat Poonpatpibul, group head and lead economist, surveillance, at the ASEAN+3 Macroeconomic Research Office (AMRO) and the organization’s mission chief for China, about the key elements of China’s reform process, including its objectives, evolution, and distinctiveness and the challenges faced by the Chinese economy at this juncture.

This follows the first part of this interview, which was focused on the evolution of China-ASEAN economic ties.

BRINK Asia: The Chinese economy has transformed rapidly like no other. What, in your opinion, was unique about China’s reform and opening up?

Chaipat Poonpatpibul: The most important thing is long-term commitment. China has been able to show long-term commitment and stick to its vision throughout the reform process. Additionally, China has been pragmatic about the way reform has been carried out, by which I mean that there was ample policy flexibility in China. Things were constantly adjusted and tweaked in response to emerging challenges and problems, but the long-term goals remain unchanged.

BRINK Asia: The first two decades of reform in China were about moving from a centrally planned economy toward a market-oriented economy—what were the key objectives of that period or reform?

Mr. Poonpatpibul: The most important objective was better resource allocation to lift people out of poverty. It was done by gradually letting market forces have an increasing role in the economy and then moving workers from lower-productivity to higher-productivity sectors. The reforms were first implemented in the agriculture sector by allowing farmers to sell a part of their produce at market prices (over and above the minimum quota required by the state). Once they made progress, it freed up labor to move out of the agriculture sector into manufacturing. Once you move labor from sectors with lower productivity in the rural areas to sectors with higher productivity in the urban areas, wages increase. Thanks to this strategy, 1.3 billion people have been lifted out of poverty in the course of 40 years. This is a great achievement.

BRINK Asia: Then, the past two decades of reform have focused on integration into the global economy—resulting in China becoming the “factory of the world.” Are there lessons for other emerging economies with respect to how China went about doing this?

Mr. Poonpatpibul: China learned from other East Asian economies which had taken off earlier, such as South Korea, Hong Kong and Singapore, that FDI and international trade could be very powerful engines for economic development. So China started to welcome FDI quite early on. On this front, they used a gradualist approach—economic zones were set up in a few cities first. When the scheme was proven effective, it was adopted in other parts of the country. This is how they dealt with reforms that were faced with opposition or were controversial. I wouldn’t say that all countries need to use this approach, however—that would depend also on the kinds of reforms being implemented as well as the socioeconomic setting.

Once China opened up to FDI, another important and beneficial aspect, apart from the huge amount of labor that could be moved to the manufacturing sector, was its ability to absorb technology. A big pool of its labor force has been prepared well in terms of education, and so it was ready to learn new skills and technologies in the manufacturing sector. The labor had become adept at learning and adopting technology, helping the manufacturing sector to take off and later shift from labor-intensive to high-tech manufacturing production. So, I’d say that openness to new ideas and change matters, as does a good education system.

Another important lesson is that, in the opening of the capital account, China did not use a “big bang” approach. China’s capital account has been opened up gradually, and because of that, China emerged relatively unscathed during the 1997 Asian financial crisis, because the capital account was actually quite closed back then.

The first thing for businesses to understand is the landscape will be different in terms of the types of products and services that people will demand as tastes evolve.

BRINK Asia: What are some of the most pressing challenges faced by the Chinese economy at this point?

Mr. Poonpatpibul: In the short term, we cannot refrain from talking about the trade war and technological protection. China has to deal with this impact, especially on confidence, although I think it has enough buffers to deal with the impact of the trade war on the exports sector and the overall economy. And actually, I think the trade war and the ongoing technology protection can be a catalyst for China to upgrade its economy faster—it has enough resources to do so, in terms of both financial resources and human capital.

The real challenge, over the medium term, relates to the move from high speed of growth to higher quality of development. It’s going to be very challenging to change its citizens’ mindsets—after one has grown accustomed to almost 10 percent per annum for the past four decades, moderation in growth is hard to take. However, growth of even 5 to 6 percent per annum should suffice for China to become a high-income country within a decade. However, it will be challenging for the government to explain this to the people and businesses, who are accustomed to a much higher growth rate. Therefore, the expectations need to be managed.

The targets of higher quality of development, such as combating pollution and promoting the use of renewable sources of energy are more intangible, but they can be articulated and communicated to the people. The focus on growth numbers will subside once the people understand the new targets and realize that they will benefit from the new approach. Confidence will be enhanced once the government shows that those targets are achieved in the future.

I also think that the incentives for local governments will need to be further adjusted to support the new goals because they have always been driven by growth objectives, and that remains the case even today.

BRINK Asia: What are the implications for businesses as China’s government shifts its focus from the speed of economic growth to the quality of economic development?

Mr. Poonpatpibul: The first thing for businesses to understand is the landscape will be different in terms of the types of products and services that people will demand as tastes evolve. The middle class will be able to afford more, and they will desire higher-quality products. There are plenty of opportunities for businesses that can understand this and adapt.

Second, there is a lot of room for companies in the “new-economy” sector to grow and serve the rapidly growing and more sophisticated consumers. On this front, both demand and supply will grow in tandem once companies can offer new types of services based on new technologies, such as artificial intelligence.

Third, as the government is now focused on green development and the environment, companies will need to find ways to meet the requirements. It will be costly for many manufacturing companies, as they will need to spend more on pollution control, but those who can adapt well will have an edge. On the other hand, there will be a lot of opportunities for companies in the environmental and renewable-energy sector. They will need to further innovate to meet the demand, and I believe this will result in cleaner technologies being used in China.