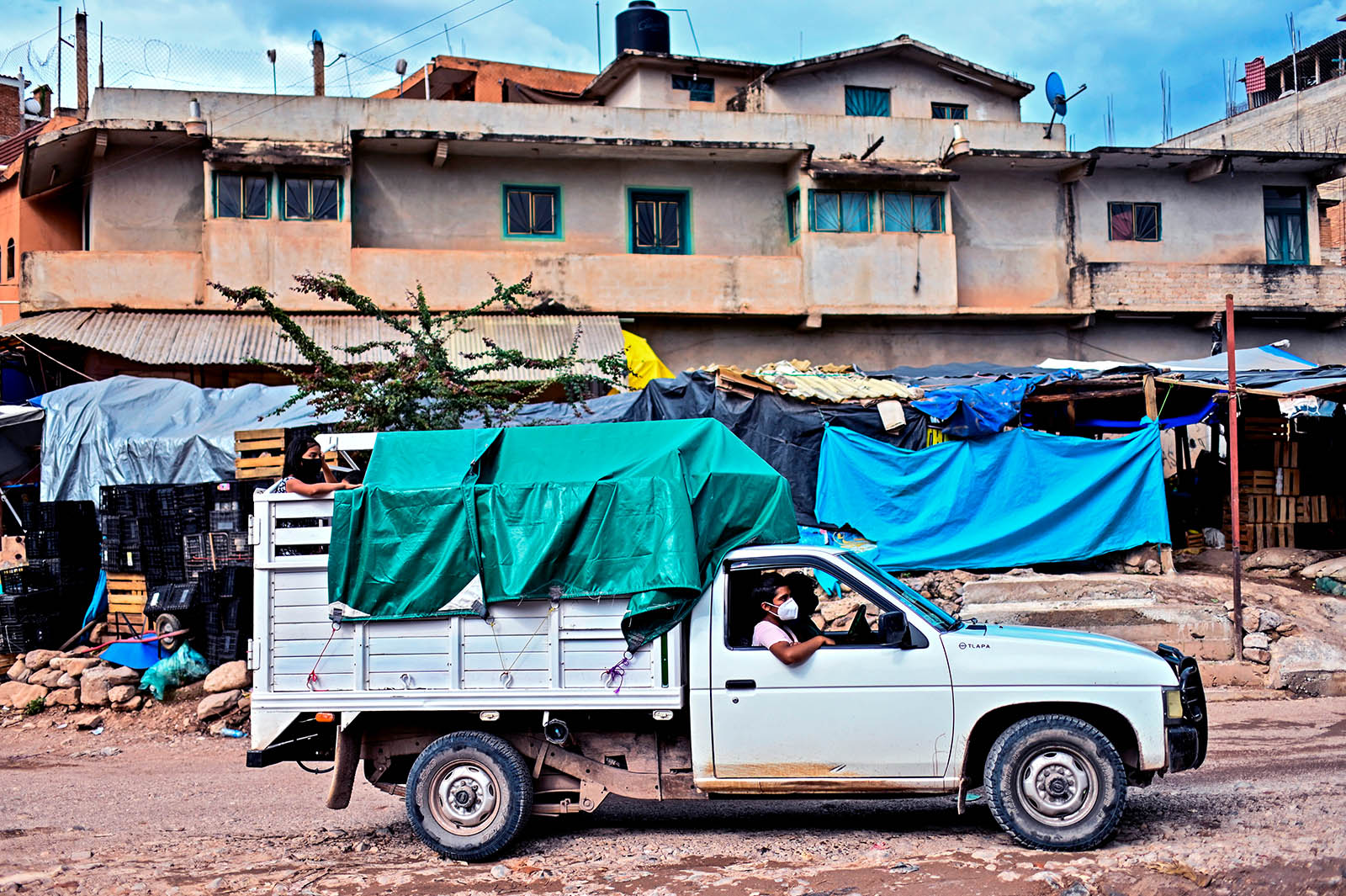 People travel on a truck in Tlapa de Comonfort, Guerrero state, Mexico, amid the COVID-19 pandemic. The economy saw its worst slump in eight decades, and over 1.1 million people lost their jobs from March to June.

President Andrés Manuel López Obrador — widely known as AMLO — has kicked off his third year in office with his popularity still riding high. Though his popularity has declined from historic highs, at least 60% of Mexicans still approve of their “Teflon” leader. In today’s Latin America, this highwire act is unmatched.

But 2021 could be a make-or-break year for President AMLO’s “Fourth Transformation” of Mexico. Like everywhere else, the pandemic is exacerbating pre-existing societal fissures. Mexico’s notorious three “I’s” — inequality, insecurity and illegality — are deepening. In half a year, midterm elections will test whether his administration has the popular support to amend Mexico’s constitution.

The Problems Are Piling Up

Criticism of Mexico’s handling of the coronavirus pandemic is growing. Mexico enters 2021 trailing only the United States, Brazil and India for the number of deaths from coronavirus, and the World Health Organization has warned that Mexico was “in bad shape” after a spike in the number of Covid-19 cases and fatalities.

Mexicans’ wallets are also suffering. The economy saw its worst slump in eight decades, and over 1.1 million people lost their jobs from March to June. Mexico’s central bank forecasts that GDP will contract by 9% in 2020. Yet President AMLO, wary of the financial devastation of the Tequila Crisis nearly a quarter century ago, has declined to boost government spending. Mexico has dedicated only 0.7% of its GDP to address the crisis — by comparison, fiscal stimulus accounted for 13% of the U.S., as well as Germany’s GDP.

Security is also deteriorating. Homicides in Mexico over the last two years have risen to their highest levels in six decades. 2020 is on track to set another record. In June 2020, a drug gang’s brazen assassination attempt against Mexico City’s police chief shocked the nation. Anti-femicide protests are growing in Mexico, where nearly 80% of women don’t feel safe, according to a 2020 government survey.

President AMLO has netted few tangible victories from his anti-corruption drive, a centerpiece of his campaign platform in 2018. During his first two years in office, he has ignored calls to appoint 18 magistrates to the federal anti-graft system set up by his predecessor. In 2019, self-reported acts of corruption jumped 19% from 2017, and 78% of all government contracts were awarded without a public bidding process.

Battles With the Private Sector

Perhaps most ominously, expect continued strain between the AMLO administration and the private sector in 2021. Even before the pandemic sparked massive capital flight, the president’s populist policies clashed with the business community. His government scrapped an $18 billion airport that was already half-built and withheld federal permits to a $1.4 billion brewery — after $900 million had been spent on the nearly completed project.

The big fissure with the business community next year is likely to occur around energy projects. Over the last two years, President AMLO’s government has undermined Mexico’s energy reform of 2013-2014, which limited state involvement in the energy sector in favor of private investment. President AMLO has strengthened the market positions of state-owned Pemex and CFE, putting more than 150 renewable projects under development and their $40 billion in investment at risk.

Scaring off investors could have real-world consequences. It could lead to higher electricity costs for Mexican industry and manufacturing, thus also undermining employment and global competitiveness. It also undercuts Mexico’s ability to meet its clean energy targets, from which it’s already off track. Anti-investor policies could also cut away at efforts to accelerate the nearshoring of manufacturing from China to Mexico.

Put It to a Vote?

Repealing Mexico’s energy makeup would require a constitutional amendment. Changing the constitution is not an easy task; President AMLO needs the approval of two-thirds of both houses of Congress, and 17 of the 32 states. Currently, President AMLO’s Morena party and its allies hold majorities in both the lower house of Mexico’s Congress and the Senate — but not two-thirds.

The chance will come soon. Legislative elections in June will see Mexicans vote for the 500 seats of the lower house of the national congress and, in almost half the states, for their congresses and governors.

The challenges are abundant, and Morena has seen some fierce internal power struggles recently. But energy reforms could prove an effective way to distract from the pandemic and socioeconomic doldrums. President AMLO has also made it personal — by proposing a constitutionally dubious referendum alongside the mid-term vote to validate his presidency.

Irrespective of the election result — and adding to the investment confusion — the U.S.-Mexico-Canada (USMCA) agreement, which took effect in July 2020, could rein in a more radical policy agenda. When it comes to energy, for example, Mexico committed itself to at least maintaining the level of openness that existed before the trade pact, and foreign firms can sue the government if it back-peddles.

A Balancing Act Up North

Mexico could also face difficulties in 2021 from the incoming Biden administration. President AMLO’s close relationship with outgoing U.S. President Donald Trump was surprising, but it ultimately came down to a simple political exchange: As long as Mexico assisted in stemming migration to the United States, the United States would not interfere in Mexico’s decidedly unimpressive record in improving human rights, mitigating climate change coordination and reducing violence.

President-elect Joe Biden is not likely to give Mexico the same pass. He is likely to press Mexico — privately and in public — on issues like labor practices, the environment and democratic behavior. President AMLO’s energy plans will clash with the White House’s new climate agenda. We could see Mexico reverting to the “anti-colonial” rhetoric not seen since the early 70’s.

Things aren’t off to a great start. President AMLO was one of the last world leaders to formally congratulate President-elect Biden on his victory, and Mexico may soon sharply limit cooperation with the U.S. in the fight against illicit drugs.

Despite a challenging landscape ahead, President AMLO’s continued popularity shows that the usual rules don’t always apply. Opposition parties have been largely ineffective in coalescing a common message and working together, and President AMLO’s low-key lifestyle and personal reputation as incorruptible goes a long way in a country wracked by public office scandals.

President Andrés Manuel Lopez Obrador is only a third of the way through his six-year term — time is on his side.