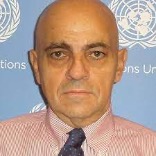 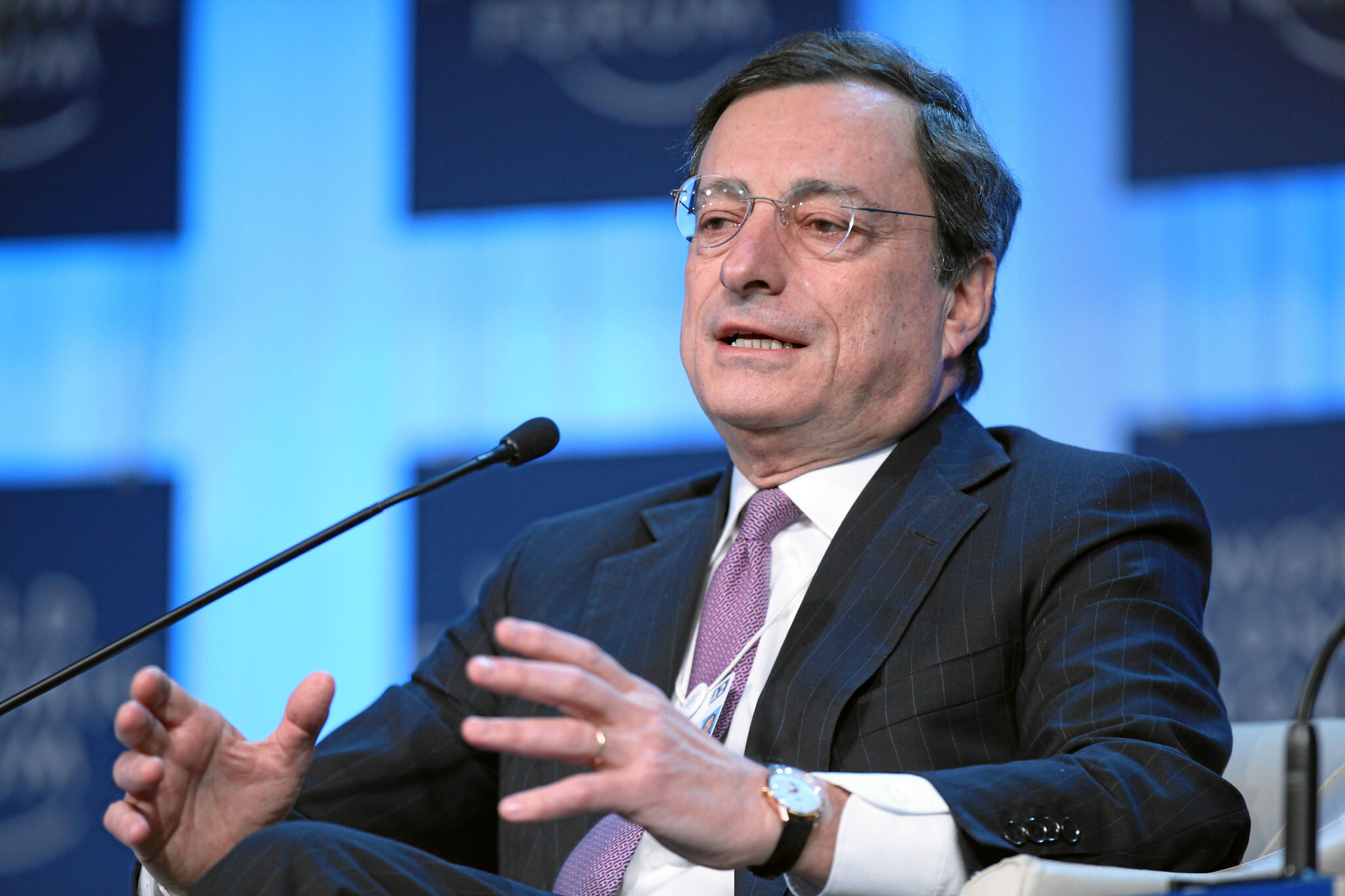 As prime minister, Mario Draghi has managed to keep Italy’s economy growing, its vaccine calendar on track and his popularity strong both at home and abroad.

Recently, The Economist named Italy 2021’s “Country of the Year.” A number of economic reforms under Prime Minister Mario Draghi have helped to bring Italy into a period of much-needed stability and reform. But can these good times last?

This week, the Altamar team of Peter Schechter and Muni Jensen are joined by Arturo Zampaglione, a long-time correspondent for La Repubblica in New York, one of Italy’s most respected daily newspapers. He also taught international journalism at New York University and is the author of The Anti-Egalitarian Mutation. He studied in Rome and Boston, where he completed a master’s degree from the Fletcher School of Law and Diplomacy.

As prime minister, Draghi has managed to keep the country’s economy growing, its vaccine calendar on track and his popularity strong both at home and abroad. While the business environment is complex and lingering structural fractures remain, most agree that Italy’s recovery plan is ahead of even France and Germany.

Italy Is Having a Surprisingly Strong Recovery

In a dark year for most of the world, Italy has done surprisingly well. This has in large part been credited to the leadership of Prime Minister Mario Draghi. Is the credit deserved? Has his leadership been critical to the success of the last 15 months? Zampaglione says, “Yes, definitely. So, first of all, let’s start from the economic data. GDP grew 6.5% in the same year he was prime minister. That’s the fastest rate in 27 years and exceeded the expectations of many economists. … Fitch, the rating agency, was expecting a growth of the economy of just 6.3 and instead it went over that. So, the general sense is that the choice of The Economist [naming Italy ‘Country of the Year’] was the right choice. And this has also created national pride [in Italy].”

With Italian parliamentary elections coming up in early 2023, concerns over the future are still looming. As in many other countries, the Italian political system has become much more fragmented. Once upon a time, there were two big parties, the centrist Christian Democratic Party, and the Communist Party on the left. Not anymore. Now there are at least six major political forces, but none of them, according to the latest poll, will be able to get more than 20% of the popular vote.

The situation is complicated further by EU-imposed reforms that decrease the number of parliament members and senators. “This will oblige us to rethink the electoral law. Will it be based — like it is now — on single districts, or will it have a proportional approach, like, for example, in Germany. It’s still open to discussion, and political parties must take a decision on this issue quickly, and it will not be easy,” Zampaglione explains.

Given the absence of former Chancellor Angela Merkel in Germany and upcoming presidential elections in France, there’s a vacuum of leadership in Europe. With Prime Minister Draghi at the helm, Italy’s role is growing more prominent by the day.

Before becoming prime minister of Italy, Mario Draghi, or “Super Mario,” as he was nicknamed, was the head of the European Central Bank. There, he got to know the EU’s structure and the structures of many EU countries. “A lot of Italy’s role in international affairs is linked to Mario Draghi’s role. When Draghi speaks about the need for a European army or of a more flexible approach to budget deficits, people listen in Brussels. When he calls Moscow, [President Vladimir] Putin picks up the phone. So does [President] Xi Jinping in Beijing.”

Zampaglione explains, “We all know that Italy is very dependent on energy imports. Italy produces only 10% of the national gas we consume. We must buy the rest abroad. And, 43%, almost half of Italian national gas consumed in the country, comes from Russia. So, there is a danger linked to the possible invasion [of Ukraine].”

Although Italy’s economy has bounced back well this past year from the COVID-induced slump of 2020, fixing its underlying sluggishness through far-reaching overhauls remains the key to ensuring the sustainability of its massive national debt. Altamar’s Peter Schechter asks, “What is needed in the next few years in Italy in terms of reforms?”

“There is a list of reforms that Italy has presented to the EU in order to receive the huge post-COVID financing. We are talking about $200 billion dollars, which for a country like Italy, is a lot of money. This money will be given only if there are deep reforms in some key sectors, starting with the justice system, the procurement system and the job market. Italy has promised to deliver on these issues. A lot will be based on how capable [Prime Minister] Mario Draghi will be to wake up the Italian bureaucracy, which is not known to be very efficient,” Zampaglione explains.

“Italy needs a little adjusting and a little updating. But the justice system is crucial in my view. President Mattarella, as soon as he was reelected, stressed this issue. We have a very bureaucratic administration of justice, and this needs to be changed if Italy wants to become a modern and efficient country.”

Arturo Zampaglione was a New York correspondent for La Repubblica for nearly 20 years, one of Italy’s most respected daily newspapers. In addition to his work for La Repubblica, he taught international journalism at New York University and wrote The Anti-Egalitarian Mutation. He studied in Rome and Boston, where he completed a master’s degree from the Fletcher School of Law and Diplomacy. 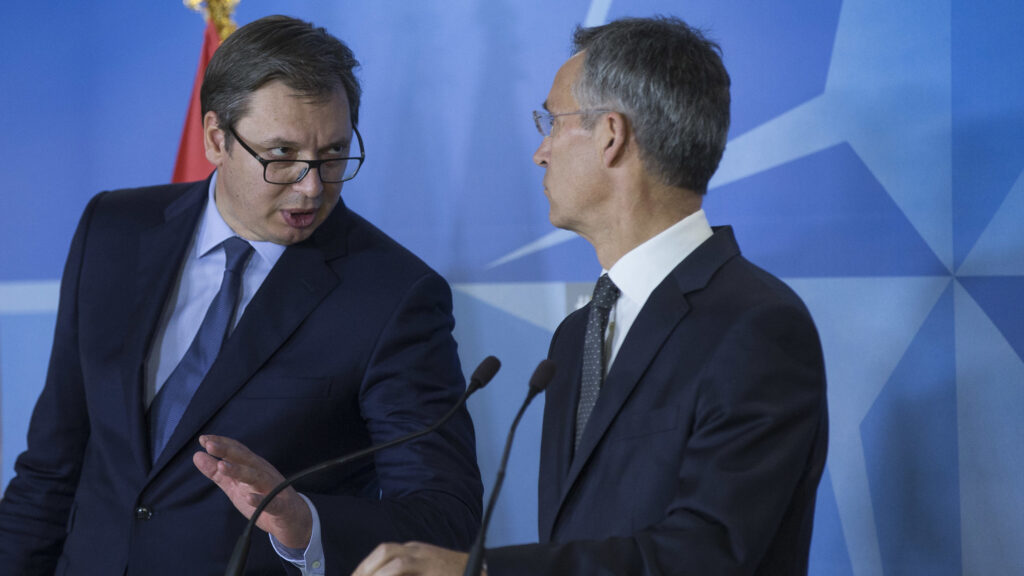 Andrew Yeo Senior Fellow and SK-Korea Foundation Chair in Korea Studies at Brookings Institution’s Center for East Asia Policy Studies
URL: https://www.brinknews.com/prime-minister-draghi-now-has-the-chance-to-reform-italy/
Get ahead in a rapidly changing world. Sign up for our daily newsletter. Subscribe
​​