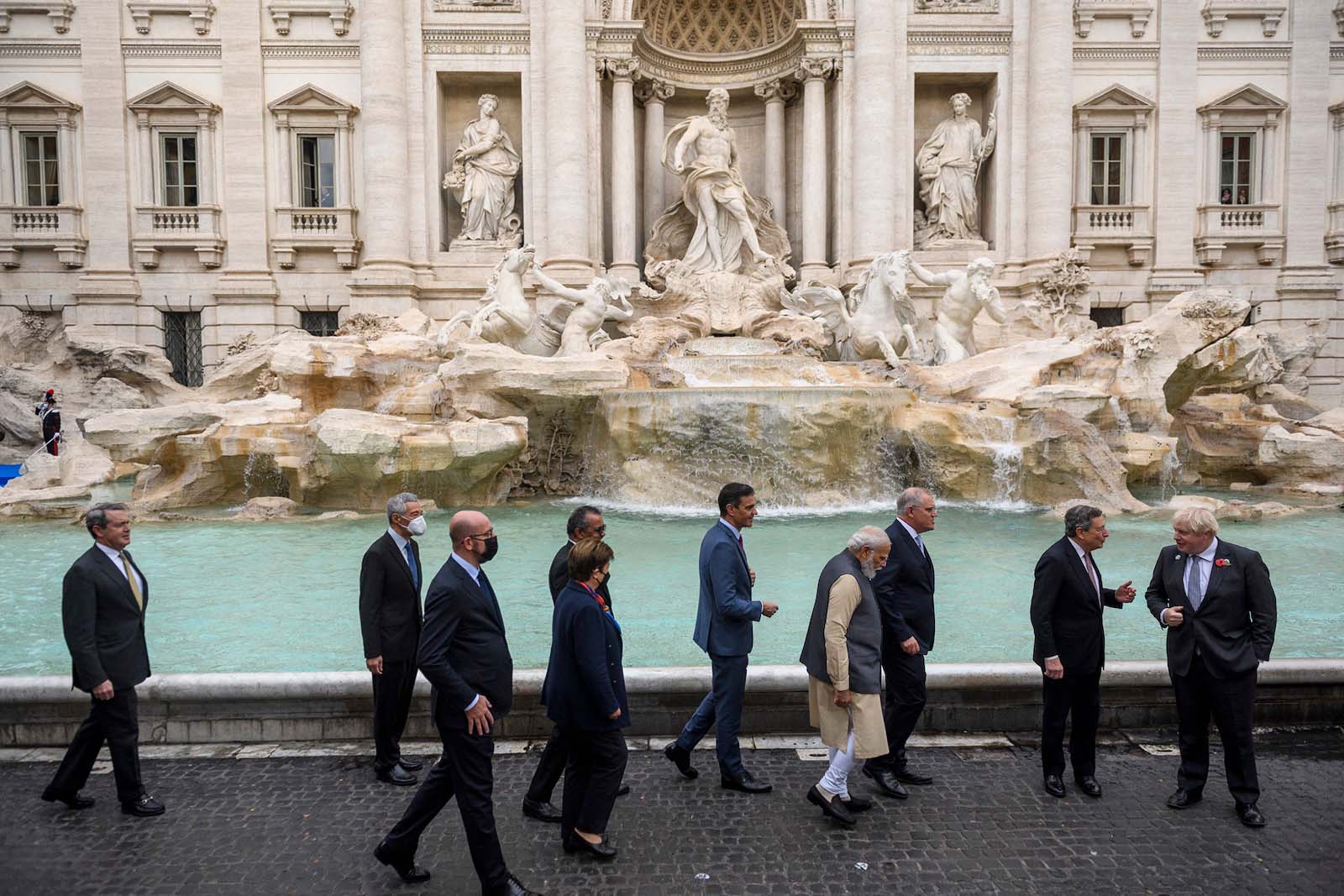 Even before Omicron threw a spanner into European governments’ plans for a gradual return to normality, 2022 was going to be challenging for the old continent. The most urgent question had to do with the extraordinary monetary and fiscal measures deployed by public authorities to fight the socioeconomic impact of the pandemic. Any decision to keep, phase out or modify the policy mix had to be taken against the backdrop of a continent that is still trying to fully recover. Omicron could make things murkier.

For monetary policymakers, it will be crucial to understand whether the impact of the new variant on the economy will increase or decrease inflationary pressures. The OECD warns that global supply chain disruptions could become more ingrained as a result of Omicron. The variant could delay the recovery, stoking concerns that even some of the biggest European economies may well be entering a phase of stagflation.

The Bogey of Inflation

The European Commission has adjusted its inflation forecast for 2022 upward, from below 2% to 2.2%. Those are not yet levels that would cause the ECB to lose sleep. However, the fact that some countries, such as Germany, are experiencing much higher inflation, complicates the picture. The presence of higher inflation in individual countries simply makes the central bank’s efforts to communicate its intentions less straightforward.

This is also caused by another concern. By the end of 2022 EU member states have to decide what to do with the Stability and Growth Pact, the fiscal rules framework that was suspended because of COVID until 2023.

Fiscal support, both from the EU through its Recovery Fund, as well as from national governments, has been pivotal in avoiding more severe consequences for European economies. In the euro area alone governments’ deficit-to-GDP ratio increased from -0.5% in 2019 to -6.9% in 2020.

In Italy, the budget deficit in 2021 is still expected to be close to 10%. In 2022, the government in Rome expects a deficit of 5.6%. However, those projections hinge on growth remaining strong. Even so, Italy’s GDP should only reach pre-COVID levels in the second quarter of 2022. More importantly, the debt to GDP ratio is expected to reach its already very high pre-COVID levels only by 2030.

Is the Stability and Growth Pact Dead?

It is clear that any mechanistic return to a strict application of the Stability and Growth Pact rules would quickly clash with realities on the ground, not only in Italy. That is why many member states and large parts of the EU commission consider the pact dead. If that is the case, the EU has a year to decide what to do about it. Not much time, even if the EU commission, as many expect, were to make a proposal on how to change the rules in the first quarter of 2022.

How the discussion evolves will also have consequences for monetary policy. Firstly, because the ECB has absorbed much of the debt issued by national governments of the euro area to fund the response to COVID. Part of that debt will have to be refinanced in the not too distant future, despite efforts to issue securities with longer maturities.

Any tightening of financing conditions would increase debt servicing costs. Importantly, supporting the recovery would prove to be much more challenging if fiscal and monetary support both were to be significantly reduced and especially if that happened in a synchronized manner. Something will have to give.

Despite recent progress on the economic front, for Europe in 2022, risks still seem to be tilted to the downside. Managing the recovery to make it sustained and sustainable will prove to be difficult under any circumstance, regardless of Omicron.

This is where politics plays a crucial role. How the new German government positions itself will be key to determine how ambitious possible changes to the pact could be. In its coalition contract, the Social Democrats, Greens and Free Democrats have decided not to touch the national debt brake. It will be reintroduced as originally planned in 2023. At the same time, they are trying to give themselves some wiggle room for the public funding needs that arise from the green and digital transitions with off balance sheet spending, for example, through the state-owned development bank, the KfW.

At the same time, the three parties insist that the EU’s recovery fund should continue to be considered a one-off measure, not the beginning of a permanent EU fiscal facility. Despite some nuances, there is not yet much in that suggesting an immediate break with the prudent European fiscal policies of former Chancellor Angela Merkel’s government.

The result of an overly prudent approach could be bad news for the ECB, as the central bank would be expected to compensate for the lack of ambition on the part of governments. The French and Italian governments will no doubt try to convince Berlin to be more courageous.

However, France’s President Emmanuel Macron only has two or three months of next year to make progress on the European front before his re-election campaign fully kicks in and distracts him from other duties.

Furthermore, France has the rotating presidency of the European Council in the first semester of 2022. Usually, this role is interpreted as one of an honest broker, which somewhat constrains the maneuvering room of the country. More importantly, it is unclear if President Macron will be reelected in spring.

What Happens Next for Prime Minister Draghi?

Italy has different constraints. Since Mario Draghi became prime minister, the government in Rome has become closely aligned with Paris, especially on fiscal matters. The two countries even signed a bilateral friendship pact that echoes the more famous Franco-German Élysée Treaty of 1963. Prime Minister Draghi could try to push where President Macron has to show more restraint, at least during the first semester of next year.

However, it is unclear if Prime Minister Draghi’s government has much gas left in the tank. Sustaining the positive results of 2021 will be more challenging in 2022, as it will become clear if Italy’s growth path will continue and Prime Minister Draghi’s ongoing push to reform the country will still receive the needed support from political parties that currently form the majority. Prime Miniser Draghi may opt or soon be forced to accept a less operational role, that of president of Italy. That would make him a guarantor rather than a shaper of policies. However, it would also mark the end of the truce and the beginning of open political warfare between parties that supported Prime Minister Draghi so far.

All this to say that despite recent progress on the economic front, for Europe in 2022, risks still seem to be tilted to the downside. Managing the recovery to make it sustained and sustainable will prove to be difficult under any circumstance, regardless of Omicron. 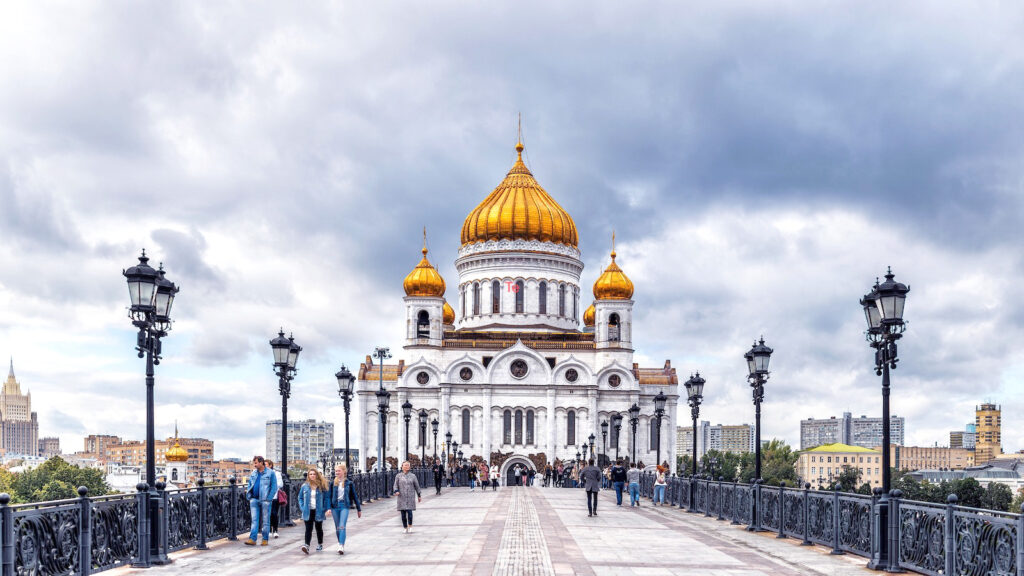 Nicolas Lamp Assistant Professor of Law at Queen’s University
URL: https://www.brinknews.com/the-eu-will-have-to-walk-a-tightrope-in-its-economic-policies-in-2022/
Get ahead in a rapidly changing world. Sign up for our daily newsletter. Subscribe
​​