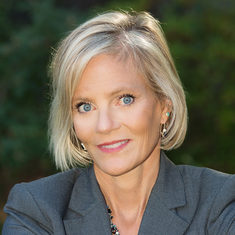 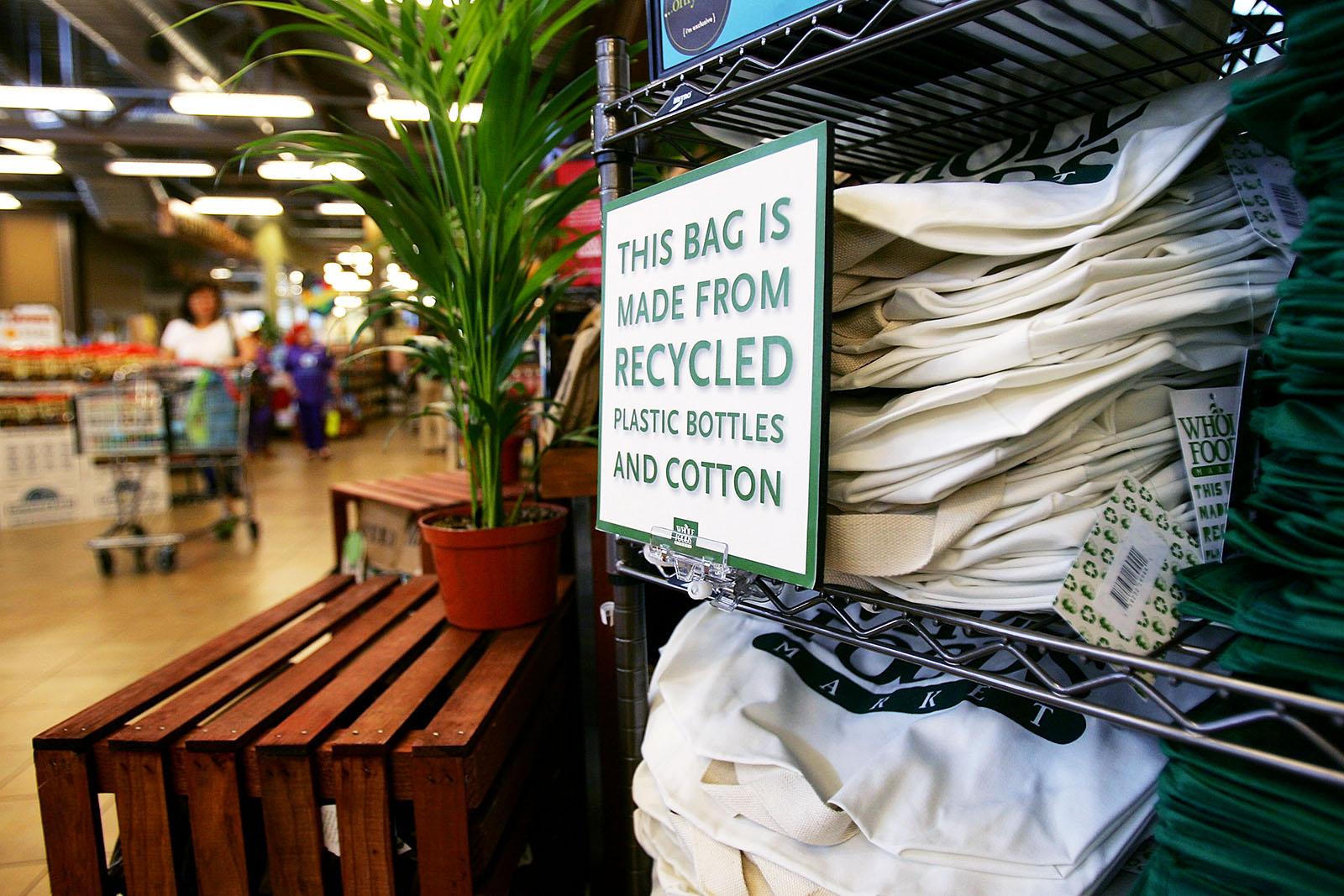 Reusable grocery bags made from recycled plastic bottles and cotton are sold at a grocery store in California. People are ready and willing to embrace sustainability, but they need and expect companies and governments to do their part.

More people than ever before are speaking out on behalf of the planet — not just with their voices and votes, but with their wallets as well. The individual consumer decisions that each of us makes, from the car we drive to the food we eat, may be mere drops in the bucket when it comes to solving the biggest ecological challenges, but together they add up to a groundswell of support for change — one that leaders from all sectors of society would be wise to embrace.

A new global analysis, commissioned by World Wildlife Fund (WWF) and conducted across 54 nations by the Economist Intelligence Unit (EIU), offers the latest evidence for this rising tide of public concern about the environment.

According to the report, the popularity of internet searches for sustainable goods around the world has increased by 71% in just five years. Even in the midst of the ongoing COVID-19 pandemic, that number has continued to grow. What’s more, this welcome news isn’t limited to developed nations and advanced economies. The EIU report found a similar trend in many developing nations and emerging markets as well. Ecuador, for example, has seen a staggering 120% growth in consumer clicks for sustainable goods.

Waking Up to the Urgency

The public’s shift toward green consumerism comes amid a recent rise in public discourse and activism concerning the environment. Since the EIU began its analysis in 2016, the global volume of Twitter conversations about nature-loss has increased by 65%, and over 159 million people have signed on to biodiversity-related campaigns.

People are waking up to the urgency of the moment. They see one million species barreling toward extinction. They see forests, grasslands and other critical ecosystems vanishing at an alarming rate. And the symptoms of our ailing planet — rising seas, toxic pollution, out-of-control wildfires, new infectious diseases — are more than just images of some far-away problem splashed across our TV screens.

Regardless of where we live, we can feel the impacts of humanity’s broken relationship with nature in our own communities and in our own daily lives.

In this tragic saga, humanity is both culprit and victim. And just to add one more layer of irony, we also happen to be the only actors capable of ensuring a happy ending — for people and nature. That’s why this “eco-wakening” across the general public offers such promise. And yet, it’s also important to understand that public awareness and engagement, while certainly essential, are not sufficient on their own to solve this century’s biggest environmental challenges.

Everyday citizens still face multiple hurdles in their quest to go green. Many simply don’t know what Earth-friendly options are out there. Some assume, often incorrectly, that sustainable goods are of lower quality than their conventional alternatives. Others remain skeptical about the extent of these products’ actual “green-ness.” And even those who make good faith efforts to seek out such products often run into other barriers, like high costs and limited availability.

The reality is that people are ready and willing to embrace sustainability. But they need and expect companies and governments to do their part. This is how an issue like food safety eventually became something that Americans can by-and-large take for granted. Thanks to government regulation and private sector leadership, consumers walking the grocery aisles today don’t worry if the items in their cart meet certain standards — it’s just a given. When consumers can shop with similar confidence without checking for a “green label,” we’ll know we’ve succeeded.

Savvy business leaders can already see which way the wind is blowing. What’s more, they can see the profits to be reaped by those companies that are quickest to change course.

New Markets Are Opening Up

This surge in consumer demand for sustainable goods opens the door to new markets, particularly in the cosmetics, pharmaceutical, fashion and food industries. It also presents new opportunities for companies to build public trust and enhance their brand reputation — and improve their bottom line in the process.

Is This a Transformational Moment for the Sustainable Development Goals?

For example, HP’s sustainability activities helped increase the company’s sales in 2019 by over $1.6 billion. And HP is not alone: According to research conducted by NYU Stern’s Center for Sustainable Business from 2013 to 2018, the number of products marketed as sustainable grew 5.6 times faster than products that were not.

We’re not asking companies to go on this journey on their own. To address specific issues in their supply chains, there are stakeholder groups for just about every environmentally intensive commodity, including plastic, beef, palm oil and more. For those businesses without a sense of where to begin, there are several environmental science organizations, WWF included, who can serve as guides on this journey.

While some companies will always step up to be leaders in this space, we will never reach our sustainability-everywhere goal without leveling the playing field. And that’s going to take a change in policy.

Governments are sitting up and taking notice. According to the EIU report, growing public awareness and pressure across the globe have helped to produce a wave of new laws and policies — one example being the surge in legislation restricting single-use or hard-to-recycle plastic items. As of 2019, 127 nations have enacted such laws.

Successes like these have given fresh momentum to the cause. Today, more than two million people are calling for a first-of-its-kind global treaty on marine plastic pollution. Will world leaders take up the gauntlet? They’ll have an opportunity to demonstrate their commitment on that issue and others when they gather later this year for the UN Climate Change Conference, which was scheduled to take place last year but was delayed by the COVID-19 pandemic.

The digital age has given individuals new and exciting tools to affect change on their own and demand change from their leaders. But one thing that hasn’t changed is that, by and large, it’s companies and governments that still operate the main levers of power. They can choose to stymie the change that people are clamoring for, or they can get onboard and help spur the innovation needed to ensure a clean, secure and prosperous future.