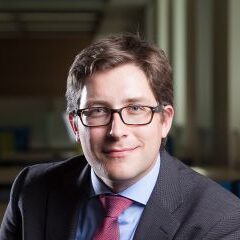 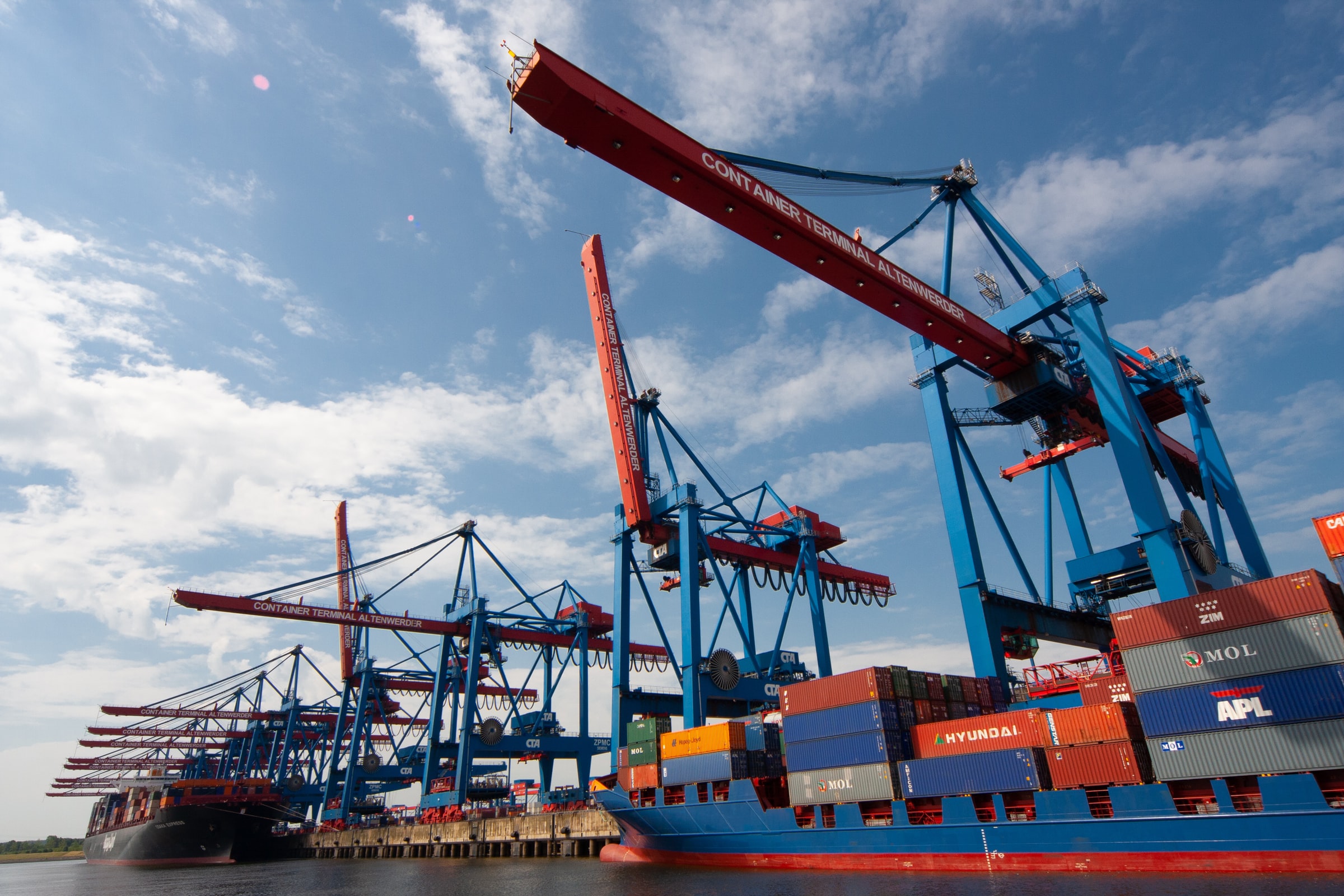 A cargo ship docks in Hamburg, Germany. The attack on Ukraine has put even Germany at the forefront of efforts to sanction Russia.

The unprecedented level of sanctions and the possibility of removing Russia’s most favored nation status at the WTO is cutting Russia off from international trade systems. What are the wider ramifications of doing this to a G-20 country for U.S./China trade and globalization in general?

We spoke to Nicolas Lamp, the co-author of The Six Faces of Globalization and an expert on the WTO.

LAMP: Over the last couple of years, the idea of economic decoupling has been widely discussed in relation to the United States and China as part of a broader geoeconomic critique of globalization that highlights the dangers of economic interdependence.

The Ukraine crisis has supercharged this narrative and has brought it to prominence even in countries still holding to the idea that the best strategy for preserving peace with other countries is to trade with them.

Germany was a leading proponent of this idea, encapsulated in the motto “Wandel durch Handel” (“transformation through trade”), but now the attack on Ukraine has put even Germany at the forefront of efforts to sanction Russia.

Companies Have Been Quick to Take Action

In the relationship between the West and China, companies have been quite reluctant to go along with any talk of decoupling, whereas they have been taking a very proactive role in response to the crisis in Ukraine, with dozens of companies announcing their withdrawal from the Russian market within days of the invasion. In fact, the impact of corporations’ decisions to withdraw is probably much more acutely felt by ordinary Russians than anything that governments have done so far, which is mostly affecting the banks and the exchange rate.

BRINK: Is that because for most companies, Russia is not as indispensable a trading partner as China?

LAMP: I think so. For firms to withdraw from Russia primarily means losing a consumer market. China is obviously a hugely important consumer market, but it is also an indispensable production location. Decoupling from China, therefore, presents a much more existential threat to firms because of the difficulties they face in sourcing their product from other locations.

In the West, there’ll probably be an increased attempt to bring back production from China so that if these kinds of sanctions were ever implemented against China, the West wouldn’t be completely without production capacity in essential sectors.

The Crisis Will Accelerate the Drive to Greater Self-Sufficiency

BRINK: Do you think that this weaponizing of global trade and the interconnection between national security and trade is here to stay?

LAMP: As long as Russian troops are on Ukrainian soil and there’s no peace agreement between Ukraine and Russia that preserves Ukraine as a sovereign state, I cannot imagine Western governments and companies withdrawing these sanctions. This means that we may be looking at a virtually complete economic decoupling between Russia and the West for decades to come.

The question of how this decoupling is going to affect broader trade relationships is more difficult to answer.

China has obviously been watching what has been happening extremely closely, and probably sees the Western response as a preview for what China might face if it were ever to attack Taiwan. One might hope that seeing the resolute response from the West will make China much more cautious in taking any steps against Taiwan, because similar sanctions applied against China would have a devastating impact on its export-driven economy.

What we are certainly going to see, however, is the strengthening of the trend toward greater self-sufficiency both on China’s part, but also in the West.

In the West, there’ll probably be an increased attempt to bring back production from China so that if these kinds of sanctions were ever implemented against China, the West wouldn’t be completely without production capacity in essential sectors. And on China’s part, we’re probably going to see a doubling down on the’ dual circulation’ strategy, which is an attempt to insulate China against these types of reactions from the West.

The Impact on the WTO

BRINK: There’s been talk about suspending Russia’s most favored nation status at the WTO. What’s the impact of doing something like that?

This is exactly what Canada has been doing and something that other countries are considering: They are going to violate the most favored nations obligations toward Russia, for example, by hiking tariffs on Russian products to 35%, in Canada’s case, and justifying that action based on the security exemption.

BRINK: And what about the actual expulsion of Russia from the WTO — is that a possibility?

LAMP: That’s not a possibility. The only way to remove a WTO member from the WTO is to adopt an amendment to the WTO agreement. There’s no way that could be done without voting, and voting hasn’t been used in the WTO for decades.

It would just be a symbolic victory because everyone can do virtually anything they want in their trade relations with Russia based on the national security exception.

BRINK: How could this crisis impact action against climate change?

LAMP: When we talk about decoupling from China, there is a strong sense that doing so would be very harmful to the world’s ability to respond to the climate crisis because China is such an important player in the renewable energy field that decoupling from China would be very bad for the climate. Think of the solar panels that would become much more expensive, electric cars, batteries, everything.

With Russia, it’s very different in the sense that decoupling from Russia potentially dovetails with important climate objectives, particularly the transition to renewable energy.

And the big question here is whether the West will use the pressure to decouple from Russia as an opportunity to accelerate the transition to renewable energy or whether it will double down on alternative sources of fossil fuels. At the same time, there is, of course, a danger that Russia will become more of a spoiler in multilateral negotiations, including on the climate crisis.

While there are question marks for the future of international cooperation in a much more polarized international environment, when it comes to the economic impact of this crisis, it is in large part accelerating and broadening trends that were already very much present.

Alexander Privitera Fellow at UniMarconi, Rome
URL: https://www.brinknews.com/the-ukraine-crisis-could-accelerate-a-decoupling-in-global-trade/
Get ahead in a rapidly changing world. Sign up for our daily newsletter. Subscribe
​​