What is Monkeypox? Over 50s Resign India & Pakistan
Economy 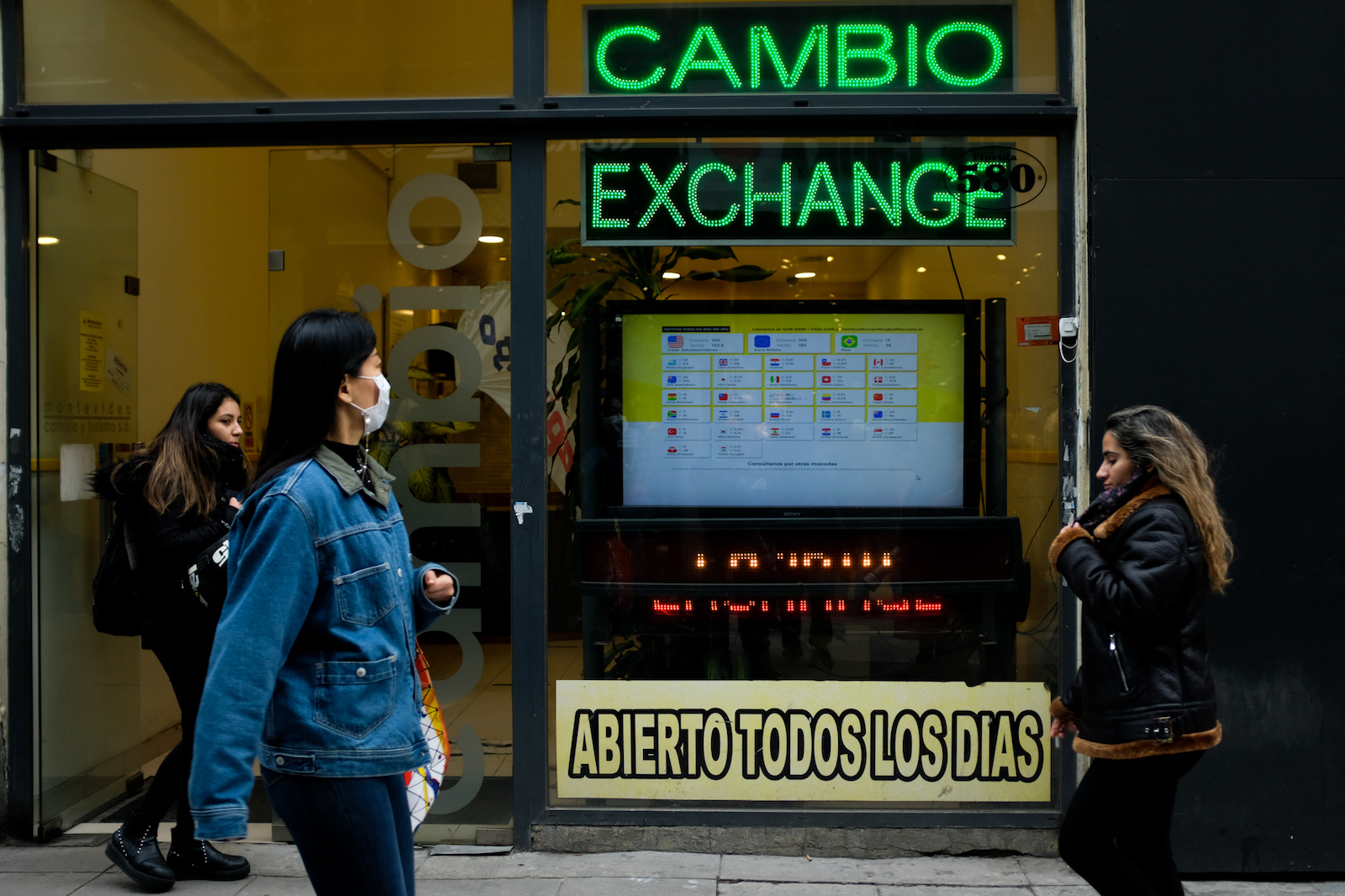 People walk by a currency exchange house on July 11, 2022 in Buenos Aires, Argentina. Minister of Economy of Argentina Silvina Batakis spoke during a press conference to announce measures to control rampant inflation.

The U.S. dollar is on a tear, strengthening around 11% since the start of the year and — for the first time in two decades — reaching parity with the euro.

Indeed, an overwhelming number of major currencies have depreciated against the dollar, with big implications for the developing world. Given the slew of headlines, I wanted to outline some of the key impacts that a strong dollar has on emerging markets.

First, Why Is the Dollar Appreciating?

The dollar is strengthening primarily because there is strong demand for dollars. The economic outlook for most economies points towards a major slowdown. Meanwhile, the [conflict] in Ukraine has created massive geopolitical risk and volatility in markets. On top of that, historic inflation has prompted the U.S. Federal Reserve to aggressively hike rates.

These factors, among others, are prompting a flight to safety, wherein investors are exiting positions in Europe, emerging markets, and elsewhere and looking for safe harbor in U.S.-denominated assets — which, obviously, require dollars to buy.

This is not a new phenomenon. The invasion of Ukraine has triggered an initial appreciation of the U.S. dollar against emerging market currencies that was larger than appreciations related to the 2013 taper tantrum and previous conflict-related events involving oil exporters.

The market continues to expect rapid Fed rate increases. In similar situations of rapid rate increases in the past, emerging markets have faced crises. This was the case in the 1980s in Latin America with the “Lost Decade,” and in the 1990s “Tequila” crisis in Mexico (which then extended to Russia and East Asia).

Building on that, expect to see more stress in the sovereign debt space — which is already troubled.

Many countries — especially the poorest — cannot borrow in their own currency in the amount or the maturities they desire. Lenders are unwilling to assume the risk of being paid back in these borrowers’ volatile currencies. Instead, these countries usually borrow in dollars, promising to repay their debts in dollars — no matter the exchange rate. Thus, as the dollar becomes stronger relative to other currencies, these repayments become much more expensive in terms of domestic currency. This is what, in public debt lingo, is called the “original sin.”

So, who is better off? The share of dollar-denominated debt is relatively low among East Asian countries, and Brazil has fared pretty well in recent months. The latter has benefitted from the central bank’s large dollar holdings, the fact that the private sector seems to have insulated itself well against currency fluctuations, and that it is a net commodity exporter.

As the U.S. Federal Reserve hikes interest rates, other central banks must raise their own rates to remain competitive and defend their currency. In other words, investors must be given a reason (higher returns) to invest in an emerging market rather than move their money into less-risky U.S. assets.

This presents a conundrum. On one hand, a central bank obviously wants to protect foreign investment in the domestic economy. But, on the other hand, rate hikes increase the cost of domestic borrowing and have a dampening effect on growth as well.

Finally, a domestic slowdown will, in time, hit government revenues and could thus exacerbate the aforementioned debt problems.

In the short term, a strong dollar can also weigh on trade.  The greenback dominates international transactions. Firms operating in non-dollar economies use it to quote and settle trades. Just look at key commodities like oil, which are bought and sold in dollars.

In addition, many developing economies are price-takers (their policies and actions don’t impact global markets) and are largely dependent on global trade; a strong dollar can have major impacts on them, domestically, including spiking inflation.

The long-term trade picture is rosier for some, but overall it’s an uneven picture. Yes, imports are more expensive amid a strong dollar, but exports are relatively cheaper for foreign buyers. Export-led economies may be able to benefit as increased exports boost GDP growth and foreign reserves, which helps to alleviate many of the issues detailed here.

Unfortunately, countries have few options to address these problems in the short term. These issues are best dealt with pre-emptively rather than reactively.

To prevent the next crisis, countries should act now to shore up their fiscal position and engage in sustainable borrowing. Even in challenging times, policymakers can find opportunities to encourage investment and spur economic growth while reducing fiscal pressures. For its part, the international community must do more to speed up debt restructuring. Doing so will go a long way to put countries back on a more sustainable fiscal path.

A version of this article originally appeared on the World Bank blogs.

Marcello de Moura Estevão Filho is the global director for the Macroeconomics, Trade & Investment Global Practice at the World Bank Group. Prior to this role, he was the deputy minister for International Affairs at the Ministry of Finance in Brazil until end-December 2018. During his tenure at the ministry, he also served as Brazil’s G-20 deputy, chairman of the board of directors of the New Development Bank (Shanghai), and member of FUNCEF’s board of directors.