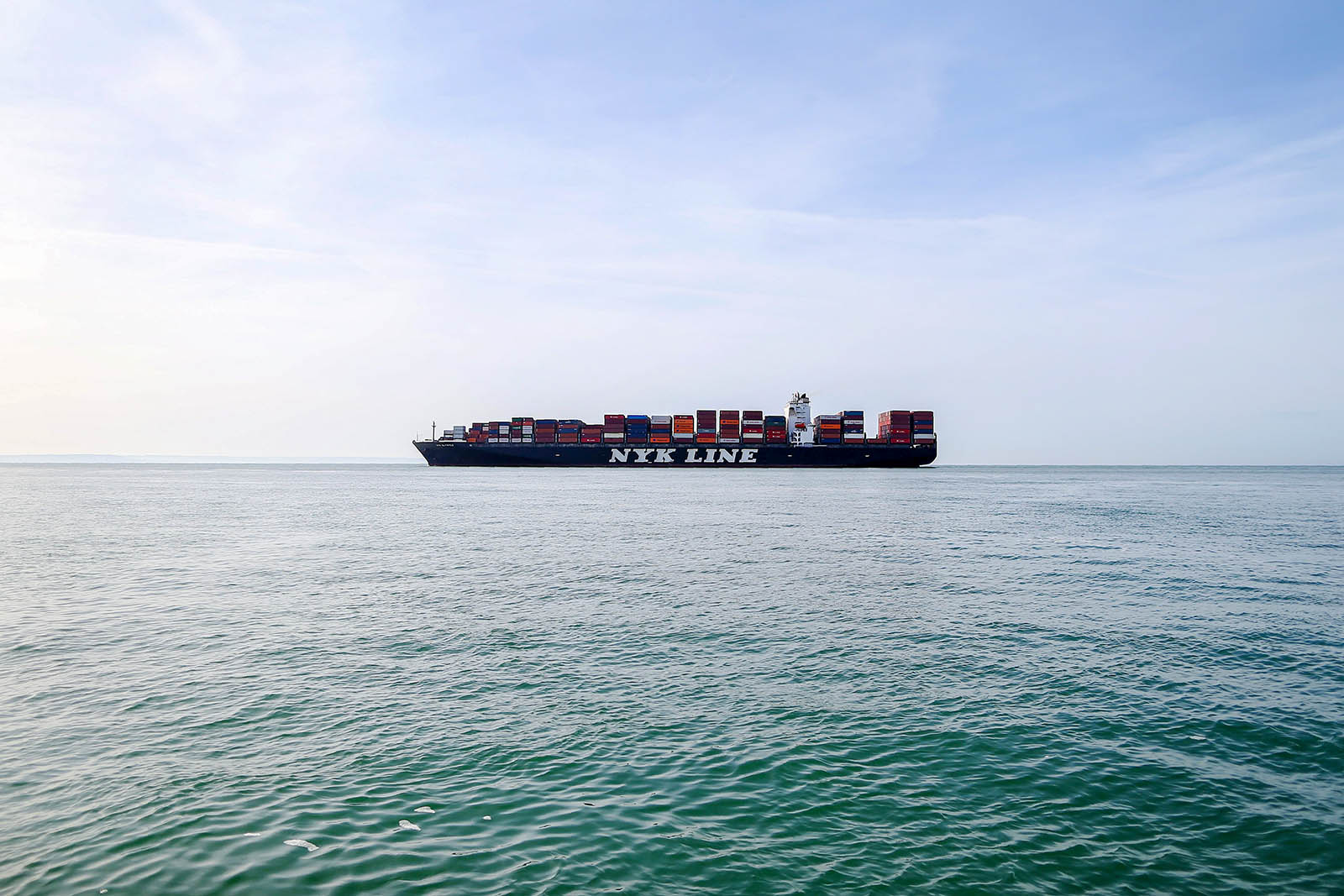 An NYK Olympus container ship travels off the coast of France. Blockchain can help introduce stability to the trade ecosystem.

Just when trade was recovering from six years of low growth, we’re hit with Brexit, U.S. exit from the TPP, steel and aluminum tariffs, and the potential for trade wars. According to the World Bank, trade today is more uncertain than at any point in recent history.

Trade agreements have traditionally been the “solution” to uncertainty. Governments are more likely to sign them in uncertain conditions. They lock in tariffs and create a clear trading relationship among members.

But in 2018, trade agreements themselves became part of the problem. The hobbling of what is now the CPTPP, the Comprehensive and Progressive Agreement for Trans-Pacific Partnership, and the renegotiation of NAFTA are just two prominent examples.

Not Speaking the Same Language

Introducing blockchain into the mix sounds like another source of volatility in a trade ecosystem that clearly needs some stability. Yet in 2017, companies, banks and governments invested billions of dollars in blockchain.

There is a single undercurrent to all of today’s sources of uncertainty: Cross-border trade and finance is inherently complex and opaque. It has historically been a problem in trade and has only gotten worse in recent years with the application of technology.

Trade frequently involves a buyer and a supplier in two different countries who speak two different languages and use different currencies, weights and measures. While supply chain management and trade finance can provide some tracking and risk mitigation, these systems work only for a limited set of the population.

A Lack of Transparency

In 1995, NGOs began issuing reports detailing child labor in Asian factories producing for Gap and Nike. At the time, these corporations reported—with truth—that they had no idea what was happening at the tail end of the supply chain. Their systems simply didn’t track that far.

In 2008, Lehman Brothers filed for bankruptcy and were found to be party to more than 900,000 derivatives contracts among its 209 subsidiaries in 21 countries. The complexity of unwinding all of its OTC derivatives resulted in a multiyear process. One contributor to the complexity is that both the firm and its counterparties frequently did not know to which subsidiary the claims belonged.

In July 2018, some suppliers of cobalt for car battery production lost clients for a similar reason: their clients could not credibly ascertain how much of their cobalt supply was coming from U.S.-sanctioned Cuba.

If we focus on blockchain as a technology, there are key features that can enable firms to cope with uncertainty in trade policy.

So it would seem that full transparency into cross-border exchanges is not possible when crossing jurisdictions. However, once we recognize this, we can see that there are ways blockchain can introduce stability in today’s environment.

If we move away from specific applications and focus solely on blockchain as a technology, there are three features that can enable firms to cope with uncertainty in trade policy.

The first is by introducing new financing opportunities to deep tier suppliers. Most trade today is financed via open account. This allows goods to be shipped before payment is due and introduces credit at preferential rates for suppliers. It requires banks to do expensive compliance checks on recipients, which means it only goes a few tiers deep in the supply chain.

In this situation, many small- and medium-sized enterprises are unable to attain sufficient finance because their information cannot be verified. But as their transaction history is immutably recorded on the blockchain, these checks will become easier and more secure, thus allowing financing deeper into a supply chain.

Blockchain applications can be designed to track the origin of products with certainty. When the UK leaves the EU, trucking companies will need to be able to identify which pallets inside a truck are bound for which countries in order to apply the right tariff at the border. Through the increased transparency introduced by firms that track and trade on blockchain, tariff targeting could be more precise.

The third is by producing new sources of data. The exchange of data is a primary facilitator of trade today. However, the way that it happens is siloed. Much of this data is not even transferred between units in the same bank, much less among banks in a network. Cargo ships, for example, have data on the weather, the state of the cargo, and the GPS location of the ship. But none of that is used for insurance, which is charged in a linear way before the ship ever leaves the port.

Ports themselves are rich sources of data as the transfer point. But that data is not used by banks or even supply chains. Blockchain can enable all parts of the trade process to plug in and release these data silos, potentially making trade faster, safer, and more transparent.

Blockchain won’t make ships cross the ocean any faster or cause countries to lower tariffs. But it can introduce and scale transparency and data sharing in a way that makes trade policy more targeted and less uncertain.