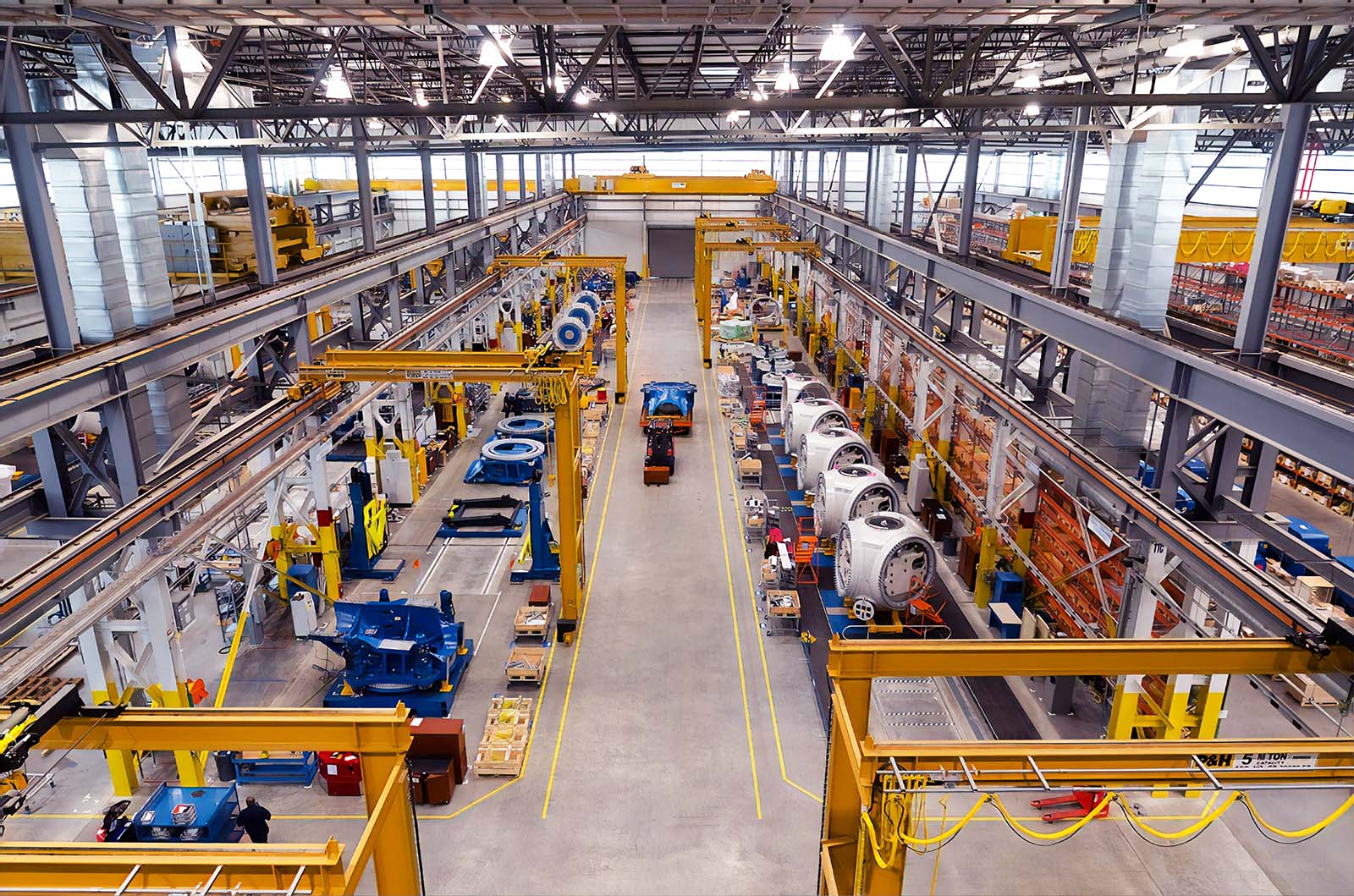 A wind turbines factory in Arkansas, U.S. For more than two decades, U.S. businesses steadily expanded their supply chains across the world, yet COVID-19 exposed the risks associated with geographically dispersed supply chains.

This past Wednesday, the U.S.-Mexico-Canada Agreement (USMCA) finally entered into force. The agreement replaces the North American Free Trade Agreement (NAFTA) as the region’s guiding trade framework, governing the movement of hundreds of billions of dollars in goods and services. Yet, the agreement has arrived at a challenging moment, with public health, economic and political upheaval reshaping North America and its future. While the agreement will provide order for regional trade, its immediate effects will pale in comparison to the other structural forces currently at play.

In large part, the new agreement looks a lot like its predecessor. However, the USMCA contains some significant new rules and frameworks. In particular, the North American automotive industry will now have to prove higher regional content for its vehicles (66%, compared to 62.5%), Canada will open its dairy market and there are guidelines for newer sectors, such as e-commerce and digital trade.

The agreement also includes a labor chapter, requiring that 40% to 45% of the work for any vehicle comes from employees making at least $16 an hour.

While the USMCA aims to boost North America’s interlocked economies, other forces are reshaping the region. The COVID-19 pandemic is the largest disrupting force, with the region’s three countries continuing to battle outbreaks and significant community spread. Across the United States and Mexico, new case numbers are quickly ticking upward, and there are few signs that the spread will be under control soon.

The pandemic has decimated the regional and global economy at the very moment that USMCA is promising to spur economic growth. The region’s response to COVID-19 has been to issue stay-at-home orders, which have shuttered businesses and factories and led to skyrocketing unemployment. Consumers have also chosen to stay home, not spending money as they avoid public places and as their incomes dry up. These halted activities have driven sharp economic contractions across the region that will stretch through 2020.

Things won’t get better anytime soon, especially if the COVID-19 outbreaks continue in all three countries. This situation is likely to be most severe in Mexico, where President Andrés Manuel López Obrador has responded to the public health and economic crises by doubling down on government austerity. The Mexican president has also attempted to make Pemex, the state-owned oil company, the centerpiece of the country’s economic development, even amid the bottomed out petroleum prices.

COVID-19 exposed the risks associated with geographically dispersed supply chains, as each country’s response to the pandemic affects a company’s overall production.

In response to these economic contractions, governments across the region have been speeding up timelines to reopen their economies. This week, Mexico City reopened its shops, markets, hotels and restaurants at a limited capacity. Other U.S. states and Canada have also undertaken similar re-openings. Yet while these steps will allow for some economic life to breathe back in, they also open the door for further outbreaks.

These closings and re-openings have also contributed to a regional rethink of global business. For more than two decades, North American businesses steadily expanded their supply chains across the continent and the world. Automotive, aerospace and electronics manufacturers shipped pieces and parts across the region’s borders as products were steadily assembled.

Yet, COVID-19 exposed the risks associated with geographically dispersed supply chains, as each country’s response to the pandemic affects a company’s overall production.

In North America, this dynamic played out in dramatic fashion. As Mexico shut down its factories amid the pandemic, U.S. companies suddenly couldn’t get the parts necessary to continue their production. Eventually, U.S. companies pushed Mexico and succeeded in getting factories added to the country’s list of essential businesses that could reopen. However, this episode and similar experiences globally will reshape how companies think about their supply chains and resilience.

Amid the economic turmoil, the region’s political leadership will also continue to influence North America’s economic integration, at times in direct opposition to the USMCA’s promotion of free trade. In June, the U.S. administration once again threatened Canada with 10% aluminum tariffs during an increase in aluminum imports. If the U.S. administration moves forward with the threat, Canada will also impose retaliatory tariffs on aluminum and potentially on a range of other products within the USMCA’s first few weeks.

These types of threats and economic sanctions are unlikely to go away anytime soon. Since entering office, the U.S. administration has wielded tariffs in its foreign policy to extract economic and other concessions from countries globally. The USMCA’s implementation, while important for the region, is unlikely to fundamentally change this dynamic. In fact, it could even aggravate tensions as businesses adapt to the new rules and the agreement’s effects become clearer.

Yet even if North America’s most immediate economic shifts won’t come from the USMCA, the agreement remains a major regional achievement. The agreement updates the regional trade rules and modernizes them for a 21st century economy. It also represents another bet that North America makes on itself — where the three countries tie themselves and their economies together to ride out the current paradigm shifts. 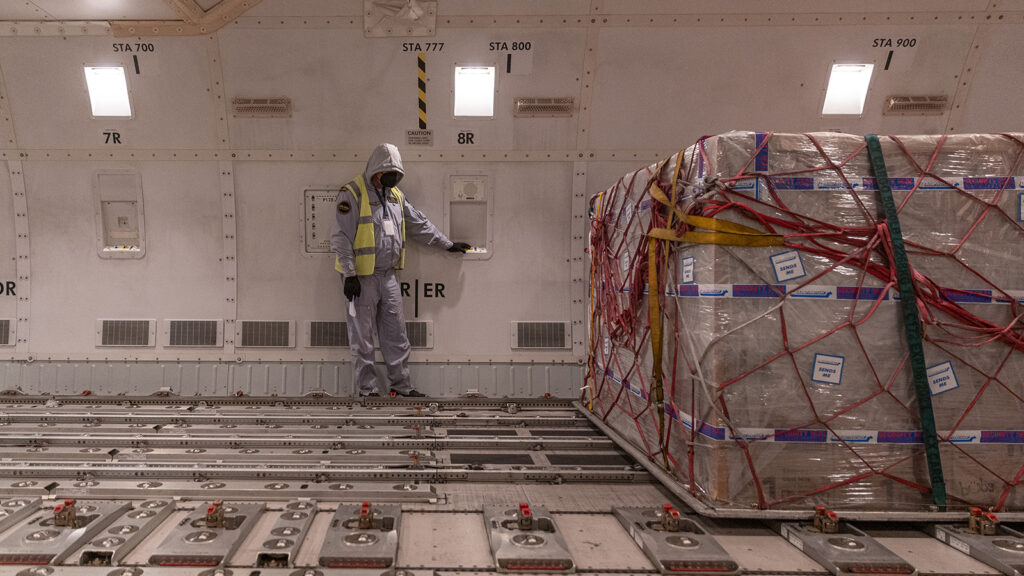 Elizabeth Losos Senior Fellow at the Nicholas Institute for Energy, Environment & Sustainability at Duke University
URL: https://www.brinknews.com/usmcas-challenges-in-the-age-of-covid-19/
Get ahead in a rapidly changing world. Sign up for our daily newsletter. Subscribe
​​