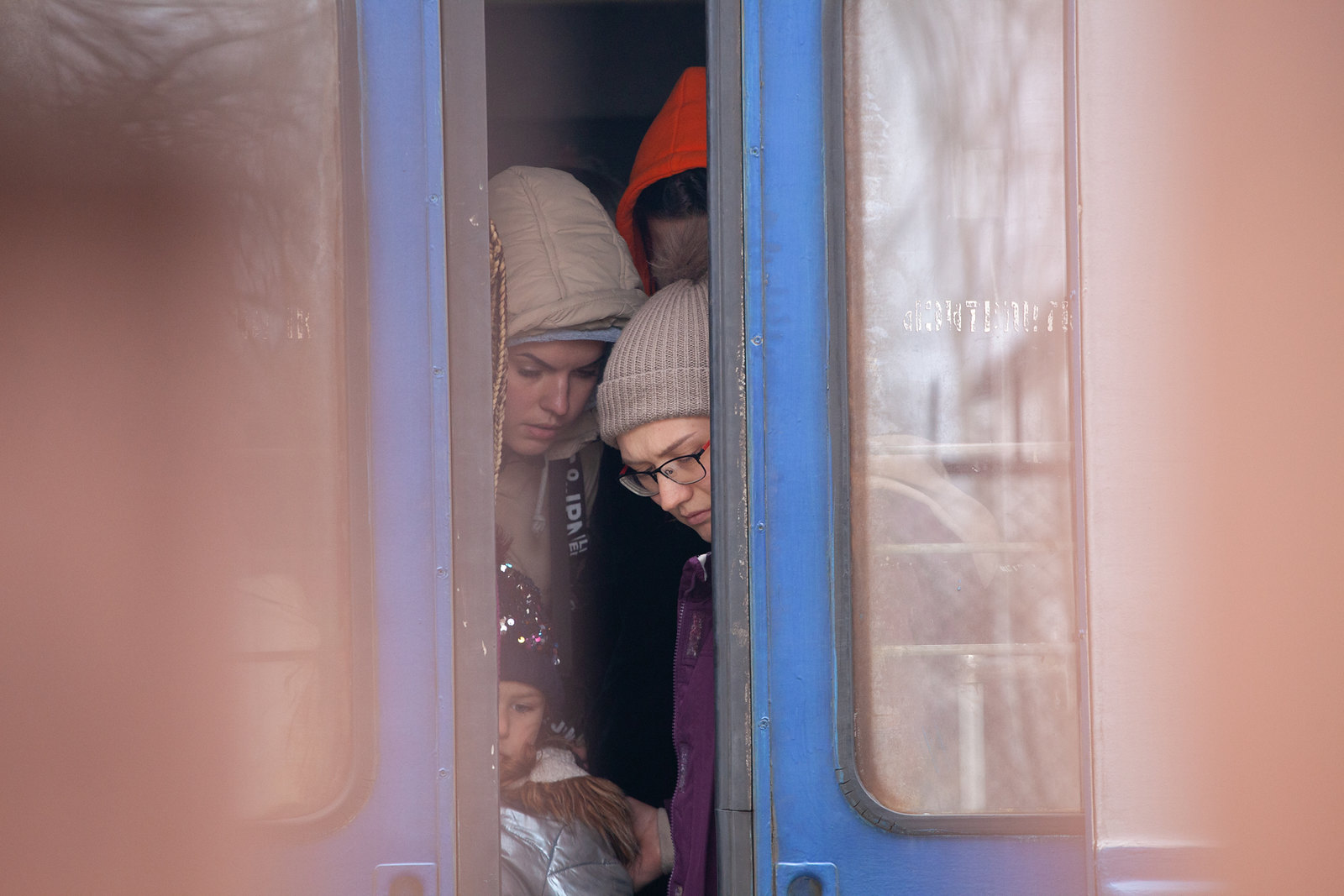 Ukrainian refugees flee the Russian military across the border into Poland. Almost half of the refugees are children.

By the latest estimates, more than four million people have already crossed the borders into EU countries, dwarfing the flows stemming from the Syrian crisis in 2015 and the Yugoslav conflicts of the last century.

Of course large, sudden inflows of refugees carry costs, both in socioeconomic as well as, potentially, political terms. The last refugee crisis in Europe triggered a wave of nativist populism. Whether it had any real negative economic impact is far more debatable, perhaps only in the very short term.

So Far So Good

So far, European Union member countries have demonstrated they are willing to bear the initial costs of this crisis. They welcome Ukrainians fleeing their country with open arms. The EU has granted Ukrainians permission to stay and work for up to three years. Almost half of the refugees are children, and most of them will have to go to local schools. Some countries, such as Poland and Romania, already allow refugees access to the same social and health services as their own citizens.

The biggest task will be to offer refugees a quicker way to fully integrate into host economies. The German minister for labor, Hubertus Heil, recently said the government needs to find a more efficient way to absorb Ukrainian refugees into the German labor market to avoid exploitation and to prevent highly skilled refugees from ending up in low-skilled jobs.

“It’s not only a question of humanity,” he told German public broadcaster ARD, “it’s also a question of good sense.” About 280,000 refugees are estimated to have reached Germany so far, but since they are moving freely within Europe, the number could be much higher. Heil expects many Ukrainians to stay for a prolonged period of time.

Helping Poland’s Relationship With the EU

Among EU member countries, it is the generosity of the government and people in Poland that stands out, not only because of the sheer size of the challenge within its borders, but also because, along with other middle- and Eastern European states, the government in Warsaw stubbornly resisted the distribution and resettlement of Syrian refugees in its country in the wake of the 2015 crisis.

This time, it is Poland that has become the main frontline state dealing with the emergency. The shift in the country’s role is notable for another reason as well. Before the war, the conservative government in Warsaw was on a collision course with the EU Commission.

Brussels accused Warsaw of jeopardizing its judiciary’s independence and, by doing so, undermining its democratic institutions and the rule of law. In fact, the European Commission is withholding disbursements from the post pandemic recovery fund potentially earmarked for Poland, of about 36 billion euros ($39 billion).

What matters is that the majority of EU members recognizes the need for financial solidarity, at least as long as it is narrowly defined.

The Ukraine crisis suddenly suspended the rift. There is already talk in Brussels about reassigning some of the common funds to deal with the fallout of the war. Poland would no doubt be one of the main beneficiaries. Poland could also benefit from support provided by the European Central Bank (ECB), should it become necessary. The ECB has introduced precautionary swap lines with the Polish central bank to support the local currency and address the potential danger of deteriorating financing conditions.

Not Yet a Cause for Sleepless Nights in Brussels

In a joint proposal, 11 EU countries have also called on the EC to propose the creation of a dedicated health care fund to help underpin the health care costs of the refugees. While Germany’s government backs the idea in principle, others propose drawing funds from the existing 5.3 billion euro program tasked with supporting COVID vaccination programs. But these are technicalities. What matters is that the majority of EU members recognizes the need for financial solidarity, at least as long as it is narrowly defined.

The Center for Global Development estimates that housing four million refugees will cost hosting countries about $30 billion this year alone. These are significant financial costs, but they are hardly a reason that should cause sleepless nights to European policymakers.

Most eastern European countries affected by the refugee influx enjoy solid public finances, with lower than average debt-to-GDP ratios. Provided financing conditions don’t suddenly tighten dramatically, they have the fiscal space needed to address the need for extra expenditures, should it become necessary. Poland’s debt-to-GDP ratio stands at 56%, for example, well below the EU average of 76%.

What worries policymakers is that, over time, the stress caused by the refugee emergency could exacerbate a much broader set of potentially mutually reinforcing risks, such as supply disruptions, energy and food insecurity, inflation, weaker long-term growth prospects, fragmentation of trade and investments flows, social tensions, climate-related emergencies, financial stress and, last but not least, new COVID outbreaks.

As the outlook for the European economy darkens, cushioning some of the costs of the crisis for citizens will become even more important for national governments. Given the number of current challenges and the nature of a conflict that risks tearing apart a large country in the middle of Europe, drawing parallels with the refugee crisis of 2015 could prove misleading.

Admittedly, once the socioeconomic impact on Europe fully materializes, the blame game will likely shift away from solely accusing Russia for all that is wrong and toward the inclusion of a wider cast of villains. That is when some political forces will be tempted to include other factors, including refugees, as a target of discontent.

Carolina Klint Risk Management Leader, Continental Europe at Marsh
URL: https://www.brinknews.com/will-4-million-refugees-sink-the-eus-budget/
Get ahead in a rapidly changing world. Sign up for our daily newsletter. Subscribe
​​