April 28, 2021 An Altamar podcast interview with 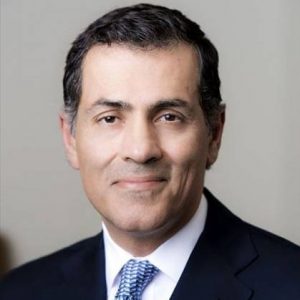 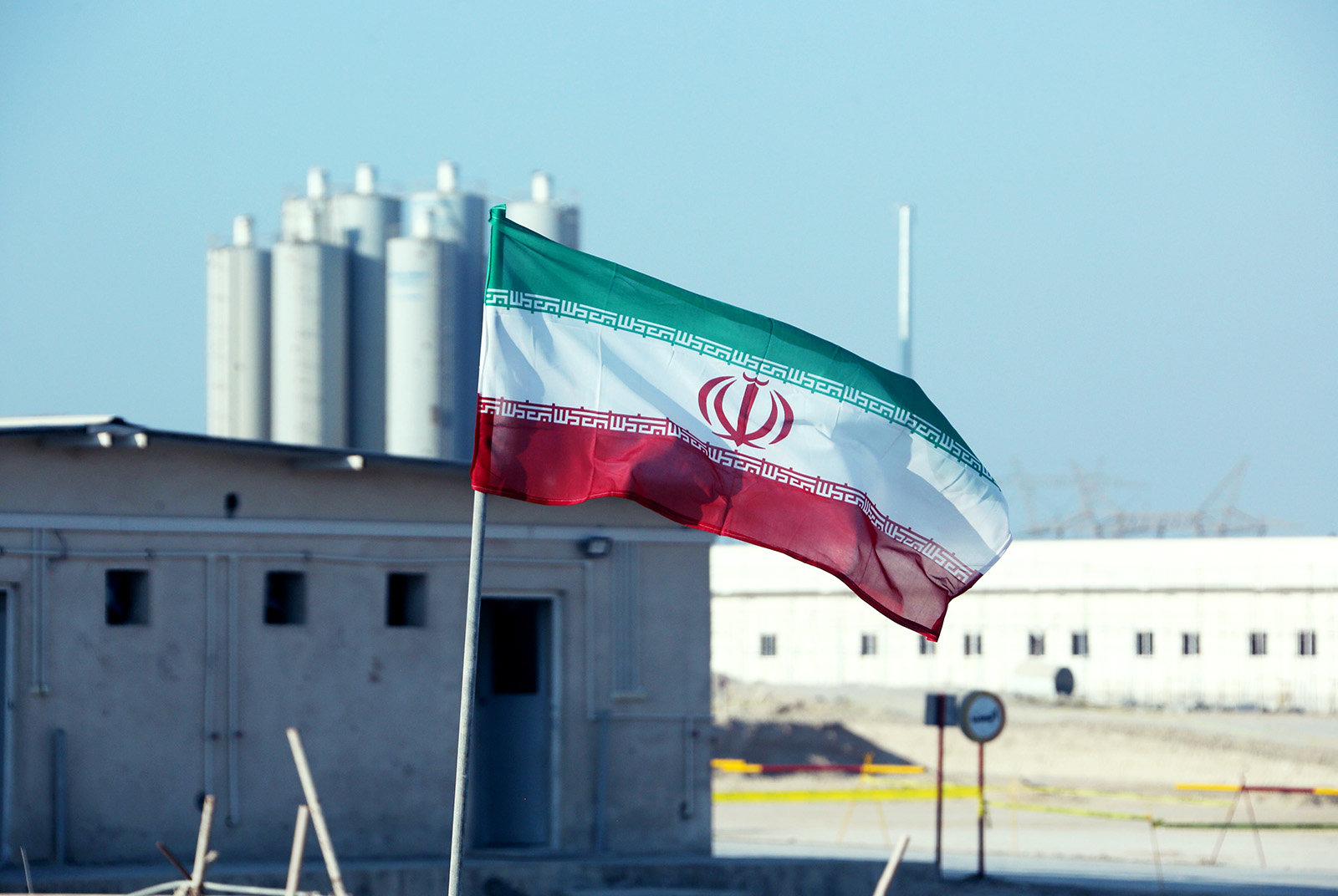 An Iranian flag by a nuclear power plant. Is denuclearization in Iran still possible, and will the U.S. and Iran return to the agreement with full compliance?

Iran is once more in the headlines. Its resurgent nuclear program, a recent trade pact with China and the simmering tensions with Israel have pushed Iran back to the top of foreign policy agendas. All this is background to the new round of nuclear talks in Vienna that is getting underway between the U.S. administration and Iranian negotiators.

Vali Nasr, former dean of the Johns Hopkins University’s School of Advanced International Studies and one of the world’s leading authorities on Shia Islam, joins Altamar hosts Peter Schechter and Muni Jensen on their latest podcast episode to discuss Iran’s rapidly changing dynamics. Nasr is a well-known Iranian American academic who has served as a senior adviser to the U.S. government and is the author of The Dispensable Nation and other books on the Middle East.

In 2015, Iran and the P5+1 (U.S., U.K., France, Germany, Russia and China) brokered a deal known as the Joint Comprehensive Plan of Action (JCPOA) to achieve nuclear de-escalation. In return for pausing Iran’s nuclear ambitions, the West lifted its strangling economic sanctions. But in 2017, the U.S. administration abruptly pulled out of the deal, and Iran retaliated by resuming its nuclear program, as was highlighted in an Altamar podcast last April.

In early April, an explosion at Iran’s Natanz nuclear facility was linked to Israeli subversion. This was the backdrop when JCPOA talks reconvened in Vienna, and the outcome of the talks is hard to predict. Is denuclearization in Iran still possible? Will the U.S. and Iran return to the agreement with full compliance?

The backdrop of the Vienna nuclear talks is less than ideal. The region has changed, and the political atmosphere is now different — both in Iran and in the United States. “It’s much more difficult to cut a deal not only because of the hardened politics, but also because Russia and China have really expanded their influence,” notes Altamar’s Muni Jensen.

America’s pullout from the JCPOA in 2017 created a lot of resentment in Iran. “Iranians believed that all Trump-era sanctions were put on Iran in bad faith. Iran was in full compliance, according to the International Atomic Energy Agency (IAEA) in January 2017. And [former President Donald] Trump moved out of the deal and put sanctions on Iran. So, Iranians now believe that full compliance with America means going back to 2017,” says Nasr.

Nasr points out that concessions are unlikely anytime soon since Iran faces a very important presidential election in June.

“More than likely, we’re going to see a more hardline Iranian candidate win the presidency, and that will immediately impact the nuclear talks. A new team also means that you’re not going to be even continuing the nuclear conversation till September when they come in. And then, after that, you’re going to have fresh faces who won the election on the basis of being tough with the U.S.,” Nasr notes.

Furthermore, the U.S. is no longer the only player in the Middle East.

“The Biden administration is facing a number of issues. … They’re facing a more direct confrontation with China, which requires deployment of military assets and diplomatic assets … and they’re dealing with an aggressive Russia,” explains Nasr. The economic influence of China is growing in the region, and Russia’s support for various regional governments and factions are affecting the Middle East’s balance of power.

When it comes to the most recent, alleged attack by Israel, Nasr notes, the decision to respond is a political hot potato in Iran.

“Generally, the security forces and the conservatives had continuously blamed dual citizens and put the more moderate and liberal forces in prison. And yet, the most serious security breaches in Iran have happened in areas where they are responsible for security,” says Nasr.

Iran Is Playing the Long Game

“I think [Iran is] going to hold off on retaliation,” explains Nasr, “because they know that the Israelis are baiting them and that Israelis would love for Iran to do something that would shift the discussion away from the nuclear talks to Iran’s behavior and would, in fact, get the United States into a direct confrontation with Iran. So, they don’t want to play Israel’s game.”

Iran in Crisis: The Triple Threat of Pandemic, Sanctions and Conflict

Despite being one of the youngest societies in the world, young Iranians are extremely diverse. “It’s not just that the young people are all pro-Western liberal. That’s a big segment, but also most of the revolutionary guards that they deploy in the street are also high school dropouts and young people.

All put together, Iranians want a different country.

They want a country that is engaged in the world, that is respected, that is doing trade and business with the world, and that domestically is much more open. And there are things that any young generation wants, which is different from the older generation … the power elite in Iran are very old. And the people that they rule across the board are very young. Iran is well set for change. We just don’t know how it’s going to happen, and in which direction.”

Vali Nasr is the Majid Khadduri Professor of International Affairs and Middle East Studies at the Johns Hopkins University School of Advanced International Studies (SAIS), and a Non-Resident Senior Fellow at Atlantic Council’s South Asia Center. He served as the eighth Dean of Johns Hopkins SAIS between 2012 and 2019 and served as Senior Advisor to U.S. Special Representative for Afghanistan and Pakistan, Ambassador Richard Holbrooke between 2009 and 2011.

Chris Miller Associate Professor at the Fletcher School at Tufts University
URL: https://www.brinknews.com/iran-is-back-on-the-agenda-for-the-west/
Get ahead in a rapidly changing world. Sign up for our daily newsletter. Subscribe
​​