It’s Time for Oil and Gas to Choose Their Futures 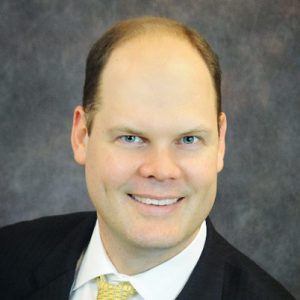 Alejandro Vanags
Partner of Oil and Gas at Oliver Wyman 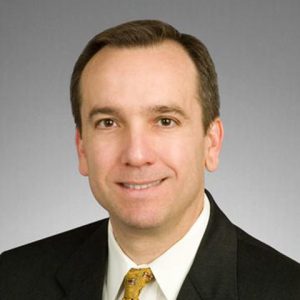 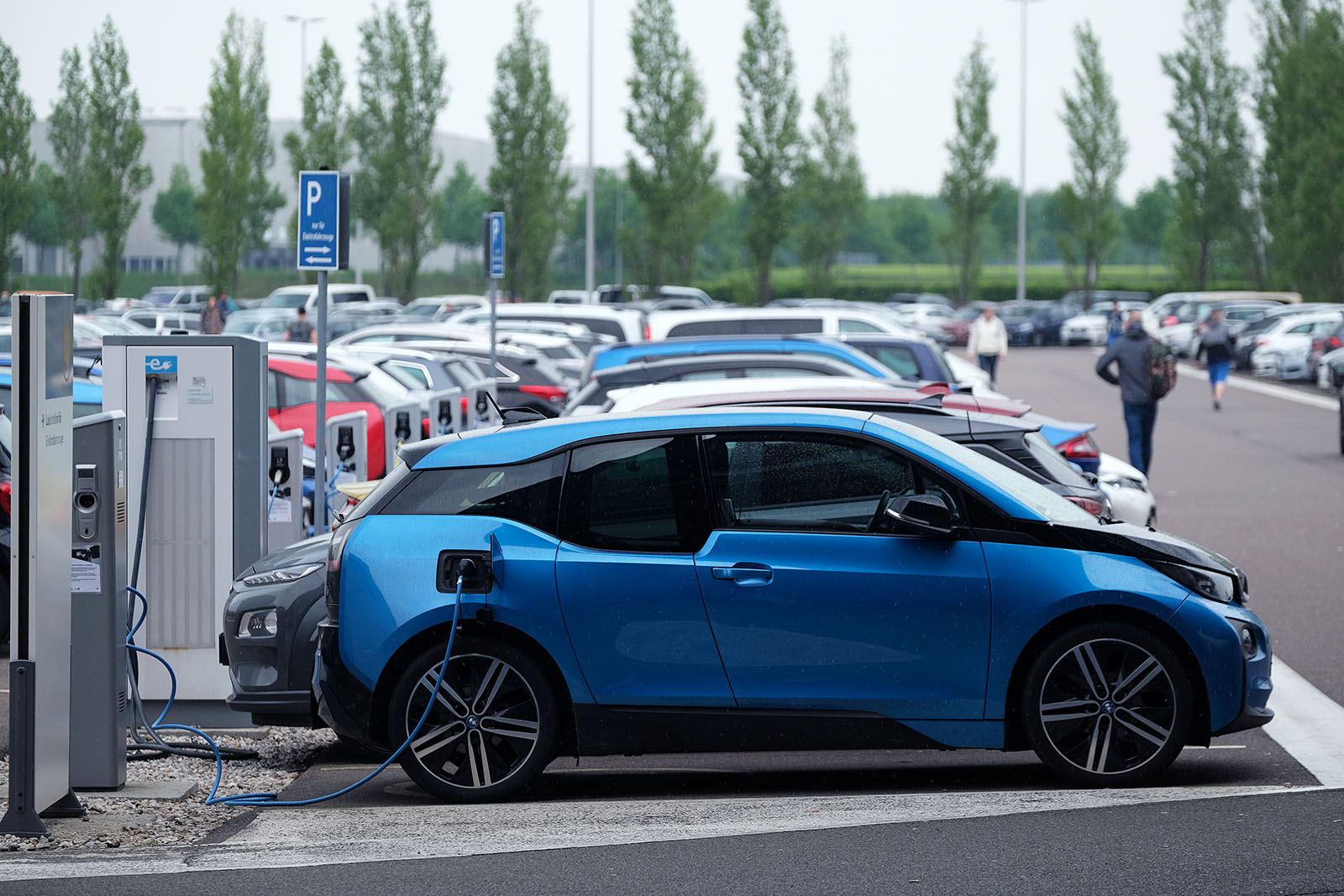 An electric car charges its battery in Leipzig, Germany. The shift from a carbon-based economy to one based on renewable, low-carbon energy is no longer merely a possibility the industry must confront; it is inevitable.

With oil prices rebounding to pre-COVID levels as demand slowly returns, independent oil and gas companies need to resist the temptation of thinking that their biggest challenge is behind them. Short-term, the pandemic sent the markets into a tailspin. COVID-19 created a temporary market imbalance that, while devastating to demand and pricing in 2020, should be corrected by 2022. But long-term, the challenge is more existential.

Looking forward, independents must focus on the prospective decline in a potentially large chunk of demand as both consumers and industries switch to electrification, photovoltaic technology and hydrogen alternatives. In some cases, these substitutes are cheaper, and in all cases they are cleaner. For instance, based on our calculations, the U.S. demand for gasoline has already peaked and will never recover to 2019 demand levels again.

The change will come not just because of tougher regulation — although that will certainly be part of the motivation — but because increasingly, consumers and investors are demanding lower carbon dioxide emissions. While the industry may blame the government for its problems, recent surveys show that consumers are also demanding more environmental protection — not less. They fear climate change and want industries and government to take action to cut carbon dioxide emissions. In a 2020 Pew Research survey, two-thirds of Americans said they wanted more done to reduce climate change and protect water and air quality; more than 60% want to protect habitats.

Investors are also increasingly putting pressure on management to cut corporate carbon footprints. And even investors who aren’t worried about climate change see the value destruction that has started in fossil-fuel investments because of it. Coal is the obvious example, but even the index that tracks S&P oil and gas exploration and production depository receipts is down 33% over the five years between 2016 and 2021 and would be lower even with the drop from COVID-19 factored out.

The shift from a carbon-based economy to one based on renewable, low-carbon energy is no longer merely a possibility the industry must confront; it is inevitable. The only uncertainty is timing. The good news for independents: Even in that future, there will be a limited role for fossil fuels. The question is whether your company is positioned correctly — both financially and operationally — to capitalize on the opportunities that will still exist. Does your company have what’s necessary to stay in business as energy transitions? And if not, are you ready to accept that reality and make a strategic exit?

Independents must make informed decisions on behalf of their stakeholders about where and whether they fit in the new future for energy and then must pick which path to pursue: transform to a new cleaner energy production, continue to focus on core oil and gas, or exit and return capital to shareholders.

The Timeline to Change

Another aspect essential to consider is the expected pace of change and investor pressure within the markets and geographies in which an oil and gas company operates. The velocity of demand destruction and ability of green energy supply to displace the need for oil and gas will vary by geography, and this pace of change will drive timing on key portfolio and transformation decisions for independents.

For example, continental Asia and Africa have a longer runway than the United States, Canada, and Europe. This may prove an advantage for oil and gas companies, given the growth prospects for these emerging economies.

Key drivers of change include a region’s climate change policies, demand for action from consumers and the financial sector, mounting evidence of the effects of climate change, and the development and pricing of alternative technologies.

Oil companies can change their destiny, but it will be critical to move quickly to evaluate available choices, invest in new capabilities and pivot to a new direction.

Finally, it is important to take into consideration a company’s ability to adapt. Don’t think of yourself as an oil and gas enterprise, but rather assess what skills your company has that are transferable to other activities. For instance, there is your ability to manage complex capital projects, your business-to-business management, or your engineering and technical capabilities. These may provide ideas for reinvention or potential partnerships.

How Can Companies Move Forward?

There are three strategic paths independent oil and gas companies can consider in the current climate. Of course, it’s likely that companies will end up having to pursue a combination of the three, with one that will ultimately define the target enterprise.

The first option is to transform by expanding to other “greener” energy businesses. A working example of this would be the storied conversion of Danish multinational Ørsted from its origins as Danish Oil and Natural Gas. Denmark started DONG in 1973 to develop North Sea oil and gas in the wake of the first oil embargo. In the 1990s, the state-owned company decided to begin to develop wind power, and today, Ørsted, the successor company to DONG, is one of the biggest success stories in renewable energy. The Finnish company Neste is another example of an oil company that is now as well known for renewables and its engineering expertise.

Several major European oil and gas companies are also reinventing themselves as energy companies. They’re committing to a greener future while optimizing current cash flow from fossil fuels and using it to help fund their transformation — all the while continuing to pay dividends.

The next option is to focus your company’s portfolio on one aspect of your oil and gas business where the financials and economics are most favorable. This approach allows a company to drive scale and performance, while shifting the value story.

Companies that choose this option will need to high-grade their portfolios through divestments and acquisitions. Internally, it will be important to transform their cost structure by deploying digital technologies.

The last option most companies will want to consider is an exit strategy, but for some it may ultimately make the most sense for stakeholders. By divesting their oil and gas assets, they can preserve value and return it to shareholders.

This strategy makes sense if you recognize that most hydrocarbon assets will lose value over time. Many shareholders of coal companies probably wish their management had considered this option a decade ago before coal assets lost 50% of their value.

All three paths are plausible, depending on the company and the flexibility of its assets and management.

The Cost of Inaction

Given the outlook, simply doing nothing is not a sustainable strategy any longer. Doing nothing probably condemns a company and its investors to the gradual — and maybe not so gradual — diminution of asset value. Companies can change their destiny, but it will be critical to move quickly to evaluate available choices, invest in new capabilities, and start to pivot in whichever direction chosen.

A decade ago, most independents probably didn’t believe the industry would find itself in its current situation this soon. But the threat of climate change is too serious to be ignored or deferred any longer. And as hard as it is for the industry to accept, no amount of magical thinking is going to make the outlook miraculously change.

Christine Oumansour and Jaime Romero contributed research and insights to this article.

Partner of Oil and Gas at Oliver Wyman

Alejandro Vanags is a powerhouse in the oil and gas sector, who knows how to navigate the rocky seas of the energy transition. An extensive background in energy operations brings Alejandro to Oliver Wyman’s Energy Team, where he advises on strategy projects, operationally-based transformations, digital, reorganizations, post-merger integration work and improvements in efficiencies. Alejandro attributes his vast industry knowledge to his extensive career path, beginning as a wireline and testing engineer for an oilfield service company. He progressed professionally from there and has become very familiar with operations of oil and gas and other facets of the energy sector.

Partner of Energy at Oliver Wyman

Juan Trebino is a partner with Oliver Wyman, based in Houston. Juan has 32 years of experience in the global Oil , Gas, Power and Chemicals industries in the US, Latin America, Europe, and Asia.  His areas of focus include: developing strategies, leading strategy based transformation programs, building new organizational capabilities, performing integrations and improving the effectiveness of energy companies.