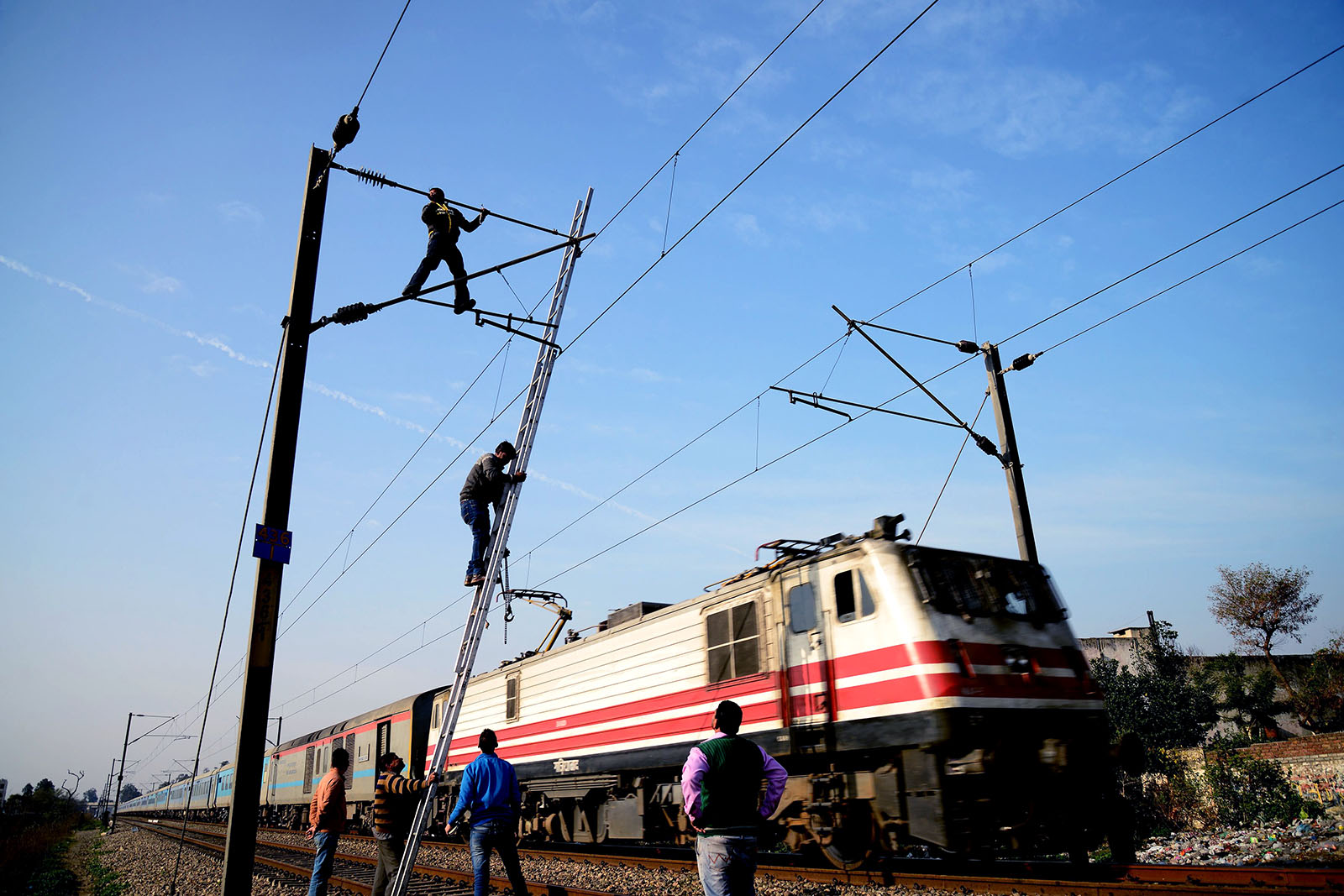 This is the first of two pieces looking at the state of the Indian economy in 2020.

This week, President Donald Trump makes an official visit to India, the world’s most populous democracy. This visit is hugely symbolic, as both countries attempt to grapple with the rise of China, which they see as a challenge to an international order based on the rule of law, as well as to their traditional spheres of influence.

The Indian economy is now estimated to be the world’s third largest, after China and the US, in purchasing power parity terms. But the regrettable reality is that it is in no way comparable with the American juggernaut.

It seems like only yesterday that India was the “wonder child” of the world economy.

As recently as 2014, it was lauded as the fastest-growing G-20 economy, beating China among others, with economic growth in the 7%-8% range, according to the Paris-based OECD. Many foresaw India challenging China as an Asian economic superpower. Even then, however, some astute analysts like Harvard’s Arvind Subramanian argued that India’s official data may well overstate actual growth rates.

Over the past couple of years, India’s growth rate has slipped back to around 5% and is now below China’s once again. And while the OECD argues that India’s growth is projected to recover after a temporary slowdown, many analysts don’t share this optimism. Reigniting weak corporate investment will not be that easy.

It is true that, since 2014, the Indian government has implemented some impressive measures and that there have been some positive developments. But even on the bright side, all is not rosy.

In 2017, the government implemented a nation-wide goods and services tax (GST) to replace myriad state-level indirect taxes. This is important because India has not had a single market economy due to the barriers imposed by different state-level taxes.

But the implementation of the new GST has been problematic. Compliance is complex, especially for small business; implementation is proving difficult; revenues have been weak; and there are many reports of fraud. Over the longer term, the new GST could improve the business environment, but the government needs to iron out these problems.

Last year, the government also cut India’s high corporate tax rates, a welcome move for stimulating investment. But the government also faces a difficult juggling act with its already-high public debt in a nation where very few people even pay tax: In 2017-18, less than 4% of the population filed a tax return.

In a country with the world record for non-performing loans, the new Insolvency and Bankruptcy Code, implemented in 2016, could result in faster recognition and resolution of bankruptcies. This is important because banks should be lending to new and promising firms and industries, not failing ones. But this initiative is bogged down by insufficient judges.

One very positive story is India’s strong inward foreign direct investment, driven in part by policy liberalization. India may well still be behind China, Singapore and Hong Kong, and some leading Western economies, but in recent years, it has been a major recipient of FDI. In 2019, it was the world’s eighth-largest destination for FDI, capturing $49 billion, a 16% increase over the previous year. But the majority went into services industries, including information technology, rather than the manufacturing sector, which is Prime Minister Narendra Modi’s priority.

Another good news story is India’s improving infrastructure, as the building of railways, highways, rural roads and electricity generation capacities gathers steam and ports are modernized. As a frequent visitor to India over many years, I have witnessed this firsthand.

But India is competing with China, Southeast Asia and others in the global marketplace, and its infrastructure is lagging these destinations. From my discussions with businesspeople, it is clear that better infrastructure would further boost FDI.

The Indian government must redouble its efforts to invest in its country, invest in its people and offer opportunities to all of its citizens, especially women and youth.

The government is also employing great efforts to promote digitalization in both the private and public sectors. Beyond the obvious efficiency dividend, this can reduce the scope for corruption and support the formalization of the economy.

India’s economic travails come at a time when it needs to create jobs for the 11 million young people entering the labor market every year. They could offer India a demographic dividend, something that most East Asian economies enjoyed during their high-growth periods. But today’s reality is that the Indian economy is not creating enough jobs, and a declining share of the working-age population is actually working. Less than half of India’s working-age population has a job, while in China, some 65% are working.

The unemployment situation is dire for young boys and much worse for young girls. With male youth unemployment at close to 20% in India’s cities, the country is not only wasting its talent, but creating the risk of a social crisis.

To generate enough jobs for its youth, India needs to reignite private investment. But while World Bank studies point to India becoming a less difficult country in which to do business, enforcing contracts remains very difficult, and land acquisition is complicated.

And while too many Indians struggle to find work, more than 80% of those employed work in the informal sector, meaning that they have no contract, and they are not covered by labor laws or social security.

India’s Quality of Life Is Lower Than Bangladesh’s

Whichever way you look at it, most Indians are living in or near poverty. Astonishingly, Bangladesh, a country with a lower GDP per capita, has slightly lower poverty than India. The problem is that inequality is endemic in India. The richest 1% of Indians hold more than half of the country’s wealth.

India’s social drama goes beyond mere poverty. Out of the 10 cities most affected by air pollution in the world, as measured by the concentration of fine particulates, nine are Indian! And almost 820,000 Indians died prematurely in 2017 because of outdoor pollution, about 23% more than five years earlier. The OECD reports that the welfare cost of premature mortality alone is 7% of GDP annually for outdoor air pollution and 4.2% for indoor air pollution.

It is true, of course, that the government is making efforts to better serve its citizens such as by constructing toilets, increasing electricity coverage, bringing piped drinking water to more homes, building more rural roads and tackling the housing shortage.

But public resources allocated to health and education are appallingly low, and a human capital revolution is necessary. Once again, Bangladesh beats India by almost four years when it comes to life expectancy, with Indians living, on average, a mere 69 years.

India has already come a long way since its reform period began in the early 1990s. And Indians have proved time and again how talented they are when given a chance. Indians who have migrated to the U.S. and their descendants earn, on average, almost double the American average. Indian success stories in the U.S. include the CEOs of Microsoft (Satya Nadella), Google (Sundar Pichai) and a string of other companies.

As the world’s biggest democracy, India enjoys the goodwill of the West. But the Indian government must redouble its efforts to invest in its country, invest in its people and offer opportunities to all of its citizens, especially women and youth.

Russell Jones Partner in Oliver Wyman’s Banking Practice
URL: https://www.brinknews.com/will-india-ever-fulfill-its-promise/
Get ahead in a rapidly changing world. Sign up for our daily newsletter. Subscribe
​​