Battery Technology Is About to Disrupt the US Power Sector 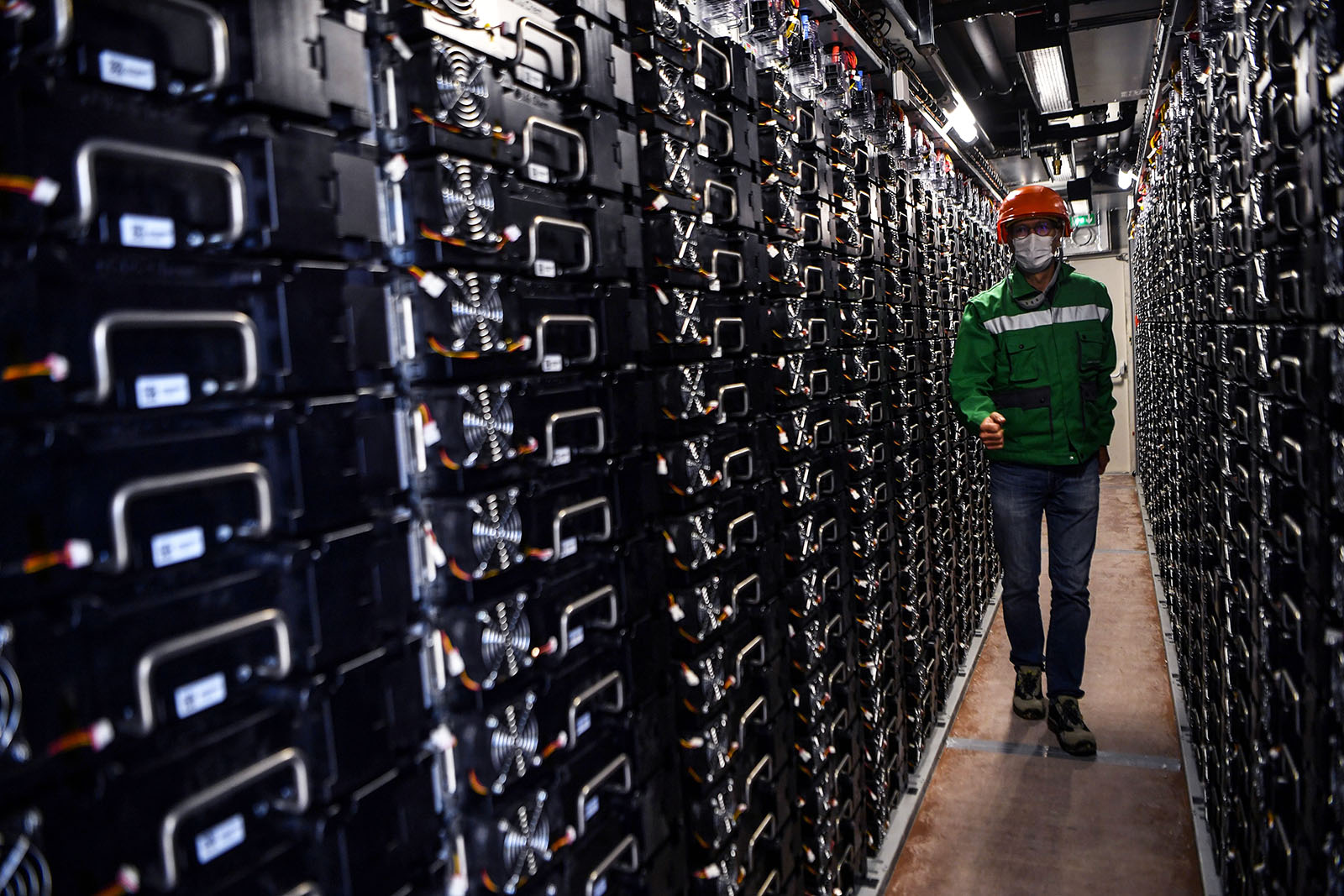 A worker controls batteries in an electricity storage container in France. An increase in the uptake of battery storage will inevitably have implications for the wider power sector.

Until recently, the adoption of battery power storage solutions in the U.S. had fallen short of expectations. Yet, declining costs and advancing technology suggests that battery storage is ready to play a larger role in the U.S. power sector. This potential is now attracting significant investor interest, and from 2024 onward, S&P Global Ratings expects total capital investment in North American battery storage to exceed $3 billion annually.

The Inflection Point Has Arrived

With global installed capacity increasing at a 25% compound annual rate, growth in battery storage has been robust over the past five years. In the U.S., however, development has been slow. At the end of 2020, the U.S. had around 25 gigawatts of power in energy storage — 23 GW of which is pumped hydroelectric storage. This is minimal relative to the renewables already on the grid.

In the past five years, the U.S. has installed just over 1 GW of battery storage, with the majority of growth occurring in the Pennsylvania-Jersey-Maryland Interconnection and the California Independent System Operator region.

Pre-pandemic project delays and uncertainty surrounding trade tensions with China were to blame for declining forecasts, and in the near term, we anticipate some uncertainty around the impact of the pandemic on economic measures. Despite this, S&P now expects annual deployments to accelerate from 2022, as battery storage in the U.S. approaches an inflection point.

A Ninefold Increase in Battery Storage On the Way

Growth will be spurred on in part by state targets and surging mandates. Indeed, seven states — led by California and New York — are now targeting a total of 11 GW of battery deployment by 2036. Additionally, the rapid increase of battery projects in the interconnection queue provides anecdotal evidence of a potential growth surge on the horizon, while the continually declining cost curve and the potential for revenue stacking, a way of getting multiple revenue streams for one battery, will remain key to achieving a positive return on investments.

In addition to financial impetus, the development of technology — notably the growth of storage solutions to economical peak-shifting four-hour applications — is playing an important role in increased deployment. Indeed, when used for providing peak capacity, batteries are well on their way to becoming an economically viable alternative.

In certain markets, including California and Hawaii, battery costs have declined sufficiently to compete with gas-fired peaking generation. In addition, a four-hour grid-level battery storage unit requires less maintenance: With no moving parts and no fuel, long-term operation costs are more stable and predictable.

While battery storage creates opportunities for many businesses, it also poses a threat to those that focus on conventional generation.

What’s more, battery banks are scalable, with the capacity for more units to be added without pronounced cost increases. Our estimates show that a utility-scale battery solution would currently cost between $1,250 and $1,300 per kW, comparable with the cost of building a gas-fired peaker plant in California. Utilities are increasingly recognizing the value of storage in integrated resource planning, particularly in the vertically integrated markets, suggesting that the provision of peaking capacity will be a major use for batteries.

A Game-Changer for Solar Power

Solar power generation’s primary issue is that it is interruptible, and as the grid adds more solar plants producing electricity at the same time, daytime reliability issues are mitigated so effectively that the remaining reliability challenges move into the evening hours. This naturally diminishes the marginal effectiveness of adding more solar plants — unless battery storage systems are able to store energy and deliver it to the grid when most needed.

In the Electric Reliability Council of Texas (ERCOT), for instance, most battery projects are located in counties where major photovoltaic (PV) solar generation projects are expected. Indeed, co-located storage projects are increasing as capital costs continue to decline. Most projects co-located with solar PV installations have a battery capacity ranging from 50%-150% of the PV capacity, an indication that developers are seeking to contract with utilities for the provision of peaking capacity.

Who Will Win the Battery Wars?

Not only does adding storage provide the potential for offering a firm power product, it has meaningful up-front benefits from qualifying for investment tax credits (ITCs). Storage effectively doubles the capital costs of a solar project, 26% of which can then immediately attract ITC benefits and avail of modified accelerated cost recovery system depreciation.

Together with declining PV solar installed capital costs, as well as lower operating and maintenance requirements, the falling cost of storage should result in a significant uptake in solar-plus storage in the coming years.

The Disruption Has Arrived

An increase in the uptake of battery storage will inevitably have implications for the wider power sector. Companies such as NextEra Energy and AES Corp. could benefit from significant growth if they add storage capabilities to existing renewables development sites, thanks to existing infrastructure.

Of course, while storage creates opportunities for many businesses, it also poses a threat to those that focus on conventional generation. As renewable costs continue to decline, they weigh heavily on both peak and off-peak power prices. While gas-fired assets should be able to coexist with renewables for the foreseeable future in some regions, companies that rely on coal-fired generation will face the threat of significant asset retirements.

Market participants have long acknowledged the declining cost curve of battery storage. In our view, however, the more compelling reason for the uptake of the technology is its complementary role improving the economics of solar power generation. With annual investment set to surpass $3 billion in the coming years, this technology is now well set to disrupt conventional generation in the North American power sector.

Aneesh Prabhu is a senior director and sector lead of the North American infrastructure at S&P Global Ratings.

Mark Campanale Founder and Executive Chair of The Carbon Tracker Initiative
URL: https://www.brinknews.com/battery-technology-is-about-to-disrupt-the-us-power-sector/
Get ahead in a rapidly changing world. Sign up for our daily newsletter. Subscribe
​​