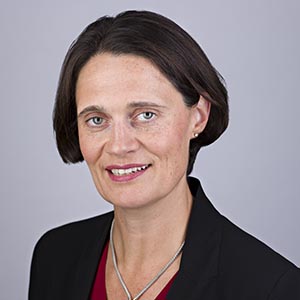 Amy Barnes
Head of Climate and Sustainability Strategy at Marsh 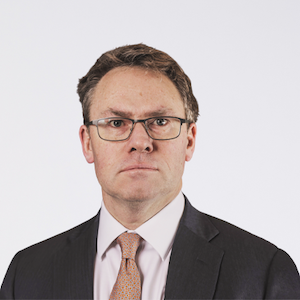 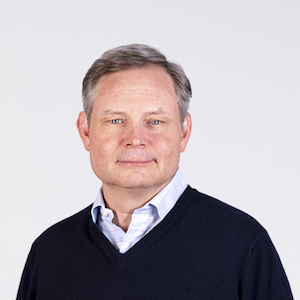 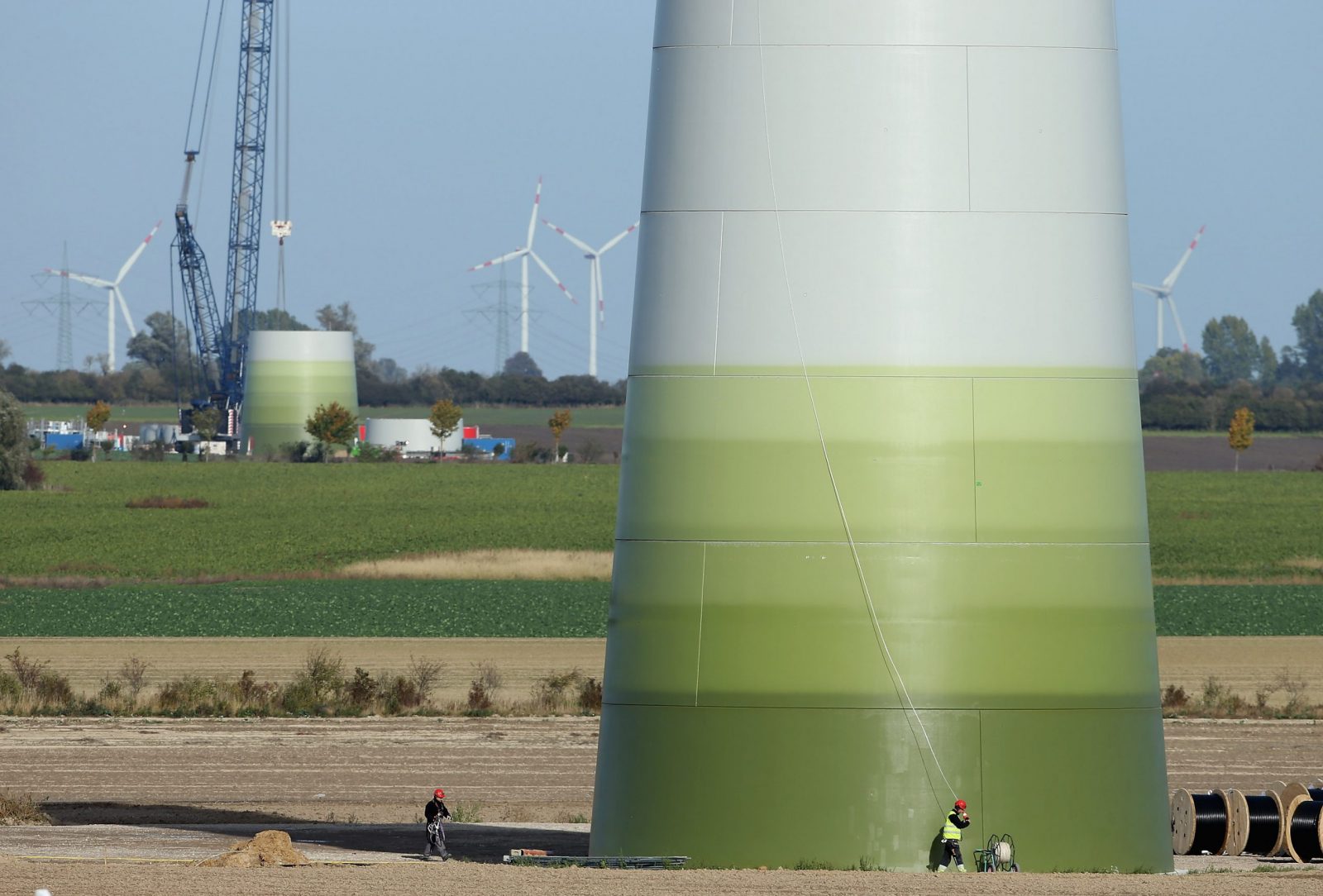 A worker pulls on a rope to secure equipment at a wind turbine under construction in Germany. While governments and the public are enthusiastic for offshore wind and solar energy, increasing claims are creating a more conservative underwriting environment, impacting project economics and potentially growth.

This article was originally published by the Chartered Insurance Institute in A Commonwealth Insured on 23 June 2021.

The financial services industry is an accelerator in the transition to net-zero targets, for example with the focus on the investment portfolios of institutional investors and bank lending. Progress includes the 95% European bank lending having a net-zero ambition aligned with the Paris Agreement. Some 70% of European traded equity is managed by asset managers with a net-zero ambition.

Only recently has the focus begun to shift to the underwriting portfolios of general insurers and the impact of commercial underwriting (liabilities). This can also play a crucial role in the transition to net zero.

First, insurers can impact carbon-intensive economic activity through the pricing and availability of financial capacity for insurance products. Through limiting coverage for certain assets or sectors of the economy, insurers have the ability to shift entire value chains. This applies across a spectrum of carbon intensity — to both green and brown industries.

Second, the underwriting portfolio can react much faster to a changing agenda than the investment portfolio, due to the annual duration of most insurance contracts, which differs significantly from the average tenure of a corporate bond (10 years at origination).

Multi-year contractual agreements in investment and lending mean that underwriting can be a far more immediate tool for portfolio steering.

The Brown and Green Protection Gap

The insurance profession is confronted with two priority opportunities to facilitate and de-risk climate transition.

An insurance protection gap for green industries could jeopardize the Paris goals. On the other hand, offering insurance cover for novel technologies and green sectors that are core to the net-zero transition is essential if they are to attract capital and expertise.

Pricing of insurance products is typically backward-looking and updated on an annual basis to reflect the volume and quantum of claims. Should claims increase to the extent that the insureds are unable to afford to pay premiums or the insurers are no longer willing to provide sufficient financial capacity, a so-called protection gap arises, potentially impacting the economic viability of businesses or sectors. This can be exacerbated by the lack of historic data with which to calibrate pricing and underwriting models, leading insurers to fall back on first-principles expertise and heuristics. This can result in excessive caution, and hence limited capacity, while insurers attempt to assess risks.

Insurers must be responsible in migrating out of carbon-intensive business over time and by supporting those insureds that are formally committed to transitioning their carbon footprint.

We are observing early signs of a green protection gap for sectors vital for the climate transition, in particular for renewable energy. While governments and the public are enthusiastic for offshore wind and solar energy, increasing claims are creating a more conservative underwriting environment, impacting project economics and potentially growth. Other factors, beyond the simple claims experience, include the scale of individual projects, which has grown dramatically, increasing the amount and concentration of insurance required; the value of the technology being deployed; and the exposure to natural catastrophe-driven perils of many optimal locations (the best place for wind farms is, unsurprisingly, where the wind blows). The outcome is that projects have a higher value, are more technically complex and are exposed to an uncertain operating environment.

To avoid the risk of a green protection gap, we believe insurers need to strengthen collaboration with industry and explore how best to parse the risk and diversify approaches to its transfer. Emerging solutions include the use of alternative risk carriers such as mutual insurance providers; reinsurance products such as parametric insurance; additional pooling and risk-sharing methods; or placing some part of the risk in public markets in the form of green bonds similar to catastrophe bonds. The insurance industry could also explore the appetite of regional and federal governments to carrying some of the risk on the public balance sheet.

Avoiding chaos: facilitating an orderly transition from brown to green

Insurers have the ability to influence greenhouse gas emission across many industries through the pricing, limit and coverage levers inherent in their underwriting activity.

Insurers are currently developing a variety of approaches to steer their underwriting portfolios toward Paris alignment. Many have announced they will cease underwriting new thermal coal businesses, and in some cases this extends to oil sands and arctic drilling, pursuant to recommendations in the Lloyd’s of London ESG Report. Others have gone further and set objectives based on the insured’s activities or assets. Assuming that a significant number of firms choose their own path in reducing carbon intensity, there is a risk that the aggregation of insurer activity causes a chaotic transition out of brown industries, with profound implications on economic activity, particularly for those countries less able to rapidly reduce their reliance on carbon-intensive baseload power generation. Industry groups such as the Net Zero Insurance Alliance will play a critical coordination role.

Conceptually, the steering of the underwriting portfolio is simple but, in practice, there are complexities to address. The implementation of any portfolio steering approach requires clear guidelines to be effective. These include an exact choice of metrics, conversion of metrics to targets against a desired climate pathway, embedding the metrics into the actual underwriting process, and training staff in their application. Additionally, we foresee conflict between the need to align to the net-zero targets and the growing profitability gap between brown and green business as capacity swings away from traditional, well-understood, carbon-intensive businesses toward newer, less-understood, green businesses (with the inevitable tightening of returns). Insurers must resolve this dichotomy if they are to deliver their commercial goals while managing the net-zero narrative.

Fossil fuels will play a crucial role in providing stable, baseload electricity — particularly in emerging markets — during the coming decades. Insurers must be responsible in migrating out of carbon-intensive business over time and by supporting those insureds that are formally committed to transitioning their carbon footprint.

Does the Vision Match the Execution?

Insurance is often depicted as the oil in the economic engine. By offering cover to a range of industries, the insurance industry will play a crucial role in accelerating and de-risking the transition to a low-carbon economy and enabling an economically pragmatic pathway.

Translating big-picture net-zero aligned narratives into daily decision-making, while maintaining underwriting profit, will be a challenge, but one to which we are all capable of rising.

Head of Climate and Sustainability Strategy at Marsh

Amy Barnes is responsible for leading Marsh’s global strategy on the development of climate and sustainability-related initiatives for clients, particularly in relation to the impact of a changing physical risk landscape, improving access to capital for green initiatives, and a more thorough understanding of climate-related project risk. She also participates in Marsh McLennan’s Sustainability and Climate Change program, which focuses on developing sustainability and climate change services.

Partner, Co-Head of the Global Insurance Practice at Oliver Wyman

Anthony leads Oliver Wyman’s Insurance practice across Europe. He has worked in depth with major insurance and wealth groups across the globe, and specializes in helping insurers and wealth managers integrate risk and capital management considerations into their core business decision processes such as strategic planning, product design and pricing and performance management.