How Well Are the Scandinavians Weathering COVID? 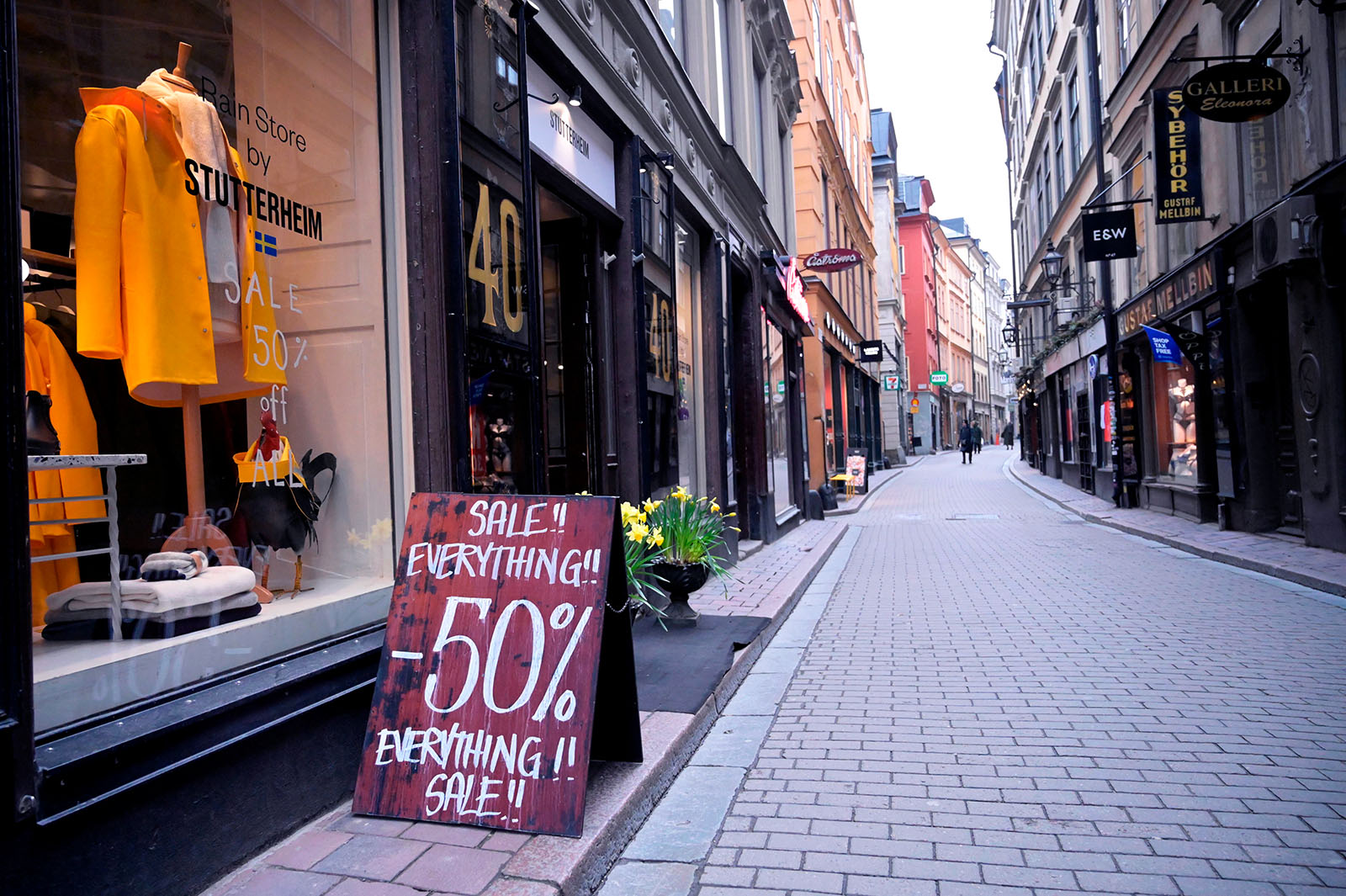 The empty Vasterlanggatan street in Old Town of Stockholm during COVID-19. Sweden tried to shield its economy in the first phase of the pandemic last spring, but eventually had to reverse course.

This year, the Nordic countries celebrate 50 years of the Helsinki Treaty that set up close political cooperation among its members. Yet, rather than celebrate, Nordics seem to be engaged in a mild form of identity crisis.

Cross-border freedom of movement has been put on hold by COVID-19 restrictions and lockdowns. Mutual trust, a rare commodity that has put Sweden, Finland, Norway, Denmark and Iceland in a privileged club, is currently in short supply. Nordic troubles suddenly seem to mirror those of other European countries, albeit with somewhat less dramatic features.

Much of the current state of affairs can be explained with Sweden’s go-it-alone approach at the beginning of the COVID crisis.

While neighboring countries imposed a raft of restrictions on their citizens, Stockholm avoided hard lockdowns in favor of self-restraint and herd immunity. Sweden tried to shield its economy in the first phase of the pandemic last spring, but eventually had to reverse course when it became clear that the negative impact on health and wealth far outweighed the benefits from the laissez-faire approach it had taken up to that point.

At the end of last year, the Swedish government expected the economy to shrink by 2.9% in 2020. However, it has admitted that its labor market performed worse during the initial phase of the COVID emergency when the economy remained open. In fact, among the Nordics in 2020, only Denmark fared marginally worse than Sweden, Norway and Finland, in part because its restrictions had been tighter.

Denmark’s GDP increased by 0.6% in the fourth quarter of 2020, giving an overall reduction to the economy of 3.7% last year, compared to 2019, according to preliminary figures from Statistics Denmark.

Recent studies suggest that the impact on the labor market was similar in all Nordic countries, with Sweden only doing marginally better.

Nordic Economies Have Weathered the Storm Better Than Southern Europe

Overall, Nordic countries did much better than tourism- and leisure-dependent economies, such as Greece, Spain or Portugal. For the whole of the European area, the contraction observed was 6.8%, as outlined in a preliminary reading by Eurostat. Among the Nordics, only Finland is part of the euro monetary union. Sweden and Denmark are members of the EU, while Norway and Iceland are not.

Sweden has shifted its position, recently introducing stricter mandatory measures, including the possibility to close down businesses. Health Minister Lena Hallengren made clear that closing shops and shopping centres alone — as was made possible by the pandemic law — may not be enough to curb the virus if the spread continues to rise while the vaccination program is under way.

Notably, the amended pandemic law gives the government power to implement a wide range of measures to curb the spread of the virus, should it become necessary.

Looking further ahead, all Nordic countries, with the exception of Norway, are well-placed to manage the transition to a green and digital economy and are already at the forefront of those efforts.

Failure to Protect the Elderly

The piece of legislation is the political response to a scathing report by the coronavirus commission that was set up because of the public backlash to the previous lax attitude toward the virus.

The commission’s findings were published in mid-December and spared no one. Government, public health agencies, regions and municipalities all came under fire. The conclusion of the report: Sweden utterly failed to protect its elderly. The country became a cautionary tale in the fight against the virus.

Since then, travel restrictions were imposed, not only for non-EU travelers, such as U.K. citizens, but also for neighboring Danes and Norwegians. Sweden’s death toll since then has surpassed the 13,000 mark in a country with a population of 10.23 million. That puts its deaths per capita rate close to that of France, which lost more than 90,000 people to the pandemic. Denmark’s death toll is close to 2,400, with a noticeably lower death per capita ratio than its bigger neighbor to the north.

With the pace of vaccinations sluggish everywhere in Europe, including the Nordics, the question now is how the region will do once current restrictions are lifted, presumably by the summer.

Politically, mutual trust is in need of repair, given the fragmented response and less than ideal coordination between countries. The notion of coherent sub-blocs within the European Union acting in a coordinated manner — in this case, with some outsiders, namely Norway and Iceland — needs to be looked at.

Also, the notion that Nordic citizens, particularly Swedes, would behave more responsibly than others was hit badly by the crisis, forcing governments to abandon “guidance” and enforce similarly strict measures.

Economically, the Picture Is Rosier

Firstly, the hit taken was far smaller than in the rest of Europe. Last summer, all Nordic economies bounced back strongly: There is no reason to believe that this time it will be different.

Looking further ahead, all countries, with the exception, perhaps, of Norway because of its dependency on fossil fuel extraction, are well-placed to manage the transition to a green and digital economy and are already at the forefront of those efforts.

Socially, despite the COVID challenge, all countries seem to be well-placed to cushion transition costs effectively.

For European political dynamics, the question now is how quickly and far will Nordics race ahead of the rest of Europe? For a continent in need of convergence rather than further divergence, the answer is relevant.

If the Swedish example provides a lesson, it is that when faced with a symmetric shock, such as COVID, the best response is to coordinate with others closely, even if tempted to succumb to a slight superiority complex.

Randall Sargent Principal at Oliver Wyman Marc Rousset Partner at Oliver Wyman, Retail and Consumer Goods Practice
URL: https://www.brinknews.com/how-well-are-the-scandinavians-weathering-covid/
Get ahead in a rapidly changing world. Sign up for our daily newsletter. Subscribe
​​