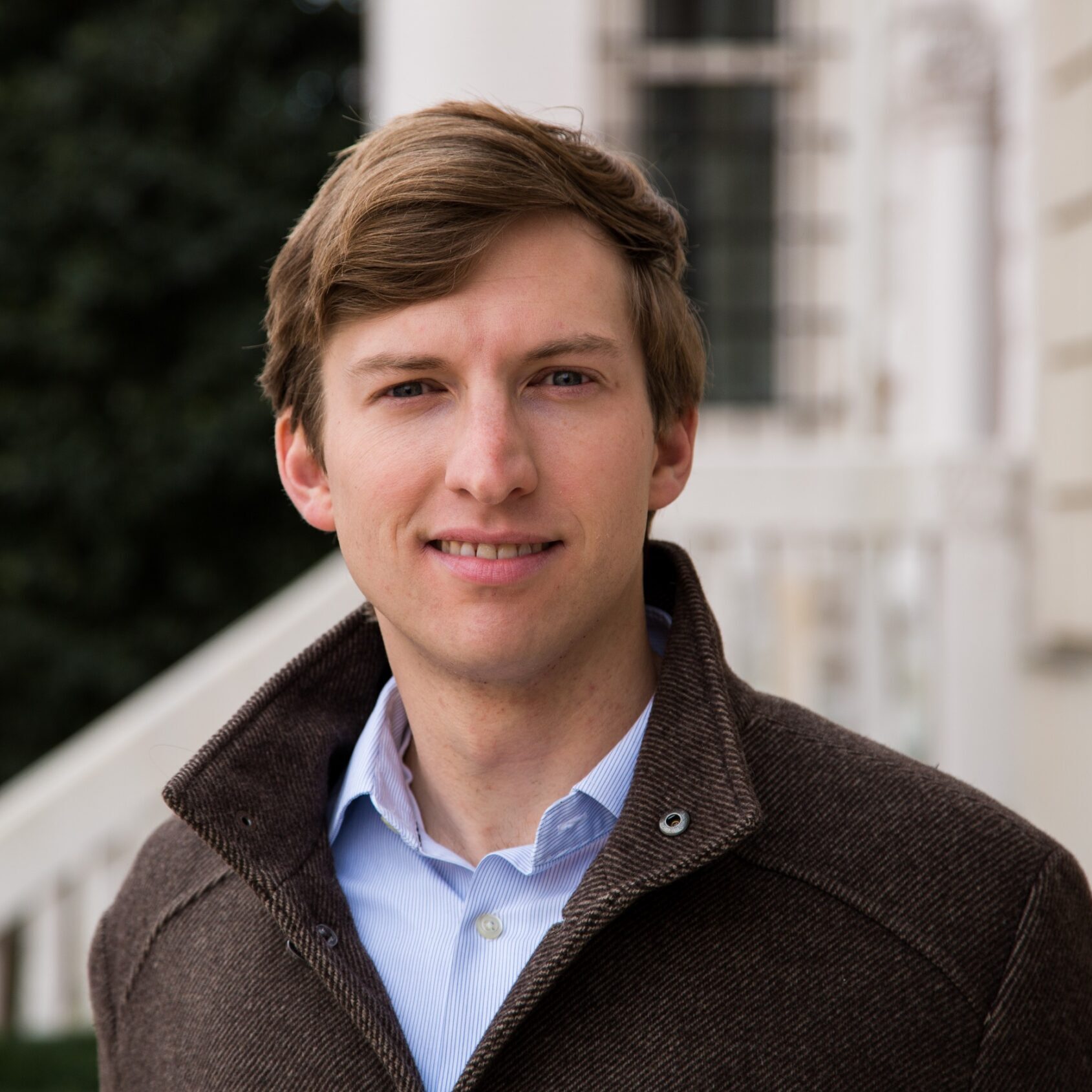 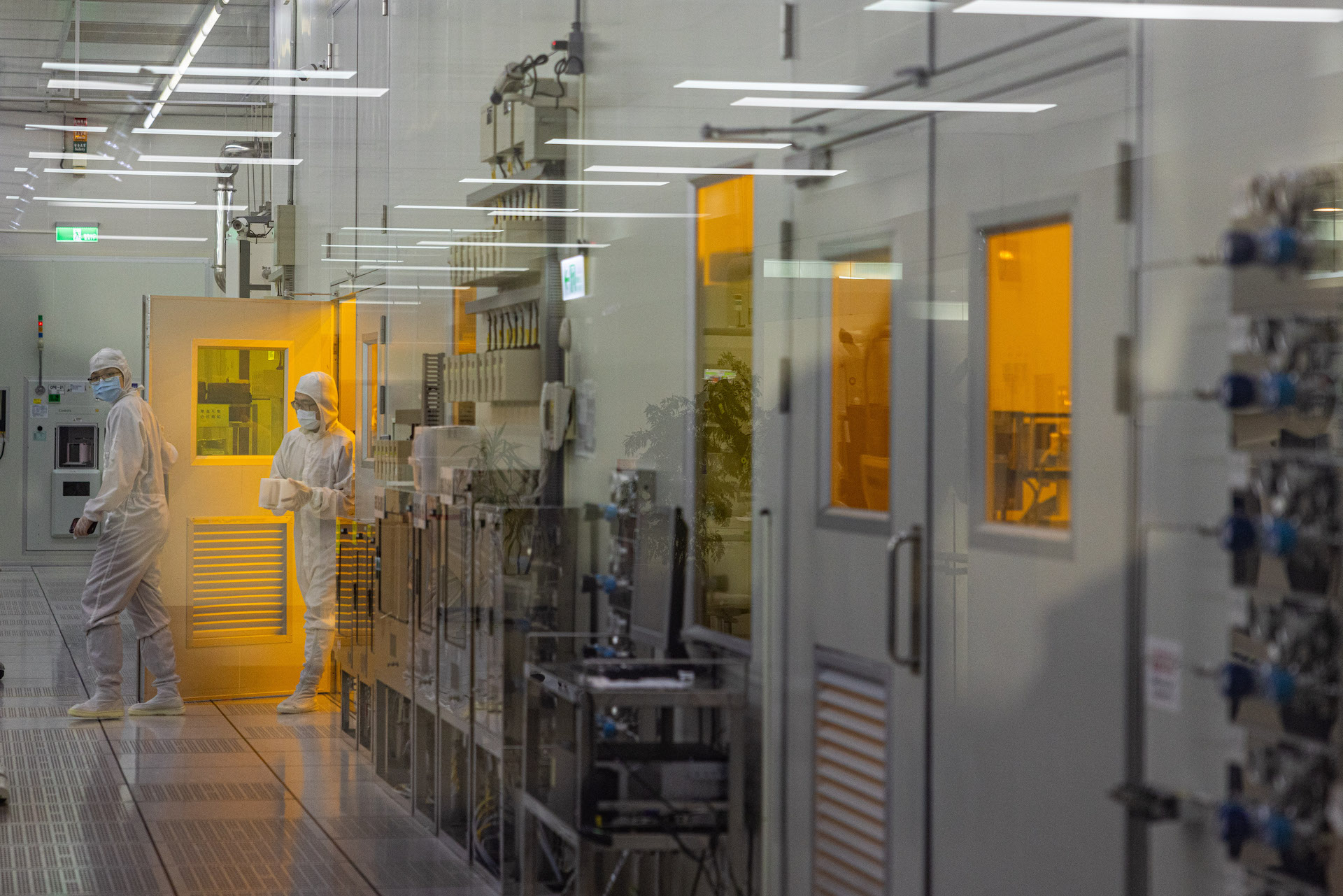 Chips are becoming as indispensable to the modern global economy as oil was to the twentieth century global economy. At one time, America dominated chip production, but now, the biggest company is in Taiwan, TSMC — and China is starting to catch up.

Chris Miller is a professor of international history at Tufts University and the author of the just published Chip Wars: The Fight for the World’s Most Critical Technology. He explains that the geopolitical implications of who wins this war are immense.

MILLER: First off, if you look across the sector, there are still a lot of key segments that the U.S. does monopolize today. For example, the software used to design advanced chips, that’s basically all made in the U.S. And more importantly, the machine tools that are used to produce advanced chips are produced primarily by five companies, of which three are based in California.

Each of these five companies has a unique set of capabilities that gives the U.S. the ability to cut countries like China off from accessing these tools and thereby stop their ability to make advanced chips. So, there’s actually a lot of places where the U.S. does play a really crucial role in the chip industry today.

The Brilliance of TSMC

But in terms of the actual fabrication process, the manufacturing of chips themselves, the most advanced chipmaking today takes place in Taiwan, where the Taiwan Semiconductor Manufacturing Company (TSMC) fabricates 90% of the world’s most advanced processor chips.

There are three reasons why Taiwan has this capability and no one else does. The first is that TSMC has just been an extraordinary company over the past three decades. It identified shifts in the business, it pursued technological advances with more success than anyone and just executed really well.

Part two of the answer is that there have been deep problems for the past couple of years at America’s leading chip maker, which used to be the world’s leading chip maker, Intel, which has fallen behind technologically to TSMC. Ten years ago, Intel had the most advanced process technology. Today, that’s no longer the case.

Part three is that there’s been a broader shift of manufacturing capacity toward East Asia. This has been driven partly by lower costs in these countries, but largely by tax policy. Asian countries have provided more tax incentives than in the U.S. or Europe, which has been a key driver of the shift in manufacturing capacity from the U.S. or Japan or Europe to parts of East Asia.

BRINK: The CHIPS act was passed by Congress to rectify some of this. How successful do you think that will be, and what are the challenges it faces?

MILLER: It’s clearly going to have an impact, but the question is how large of an impact? It has set out $39 billion in incentives for advanced manufacturing, which sounds like a lot of money, but in fact, a single advanced chip-making facility costs $20 billion. And, it’s at least 20% cheaper to build a chip-making facility in East Asia than it is in the U.S. So, the number of advanced facilities you can actually incentivize with $39 billion is not nearly as large as it might sound.

So I think we should expect an impact in terms of more chipmaking in the U.S., but it’s not going to be a dramatic change. In five years time, everyone will still be buying a whole lot of advanced chips from TSMC in Taiwan.

There are three companies in the world producing advanced logic chips: TSMC, Samsung, and Intel. And in five years, it will be one of these three companies that’s in first place, one of them in second place, and one in third place. No one else is close, because the capital expenditure needed for advanced chip making is so intense, and the economies of scale are so large, that it’s almost impossible for anyone else to compete.

China Still Has a Ways to Go

BRINK: So how much of a player is China likely to become in this space?

MILLER: In the short term, it’s not going to be a player when it comes to advanced chipmaking. When it comes to lower-tech levels, it’s a different story, but at the cutting edge, there are certain machine tools that you simply can’t produce advanced chips without, and China’s not allowed to buy them.

So, the probability is close to zero that China succeeds in advanced chipmaking in the next few years. On a decade-long time horizon, it’s a very different story. It’s possible that China might be able to develop those technologies, but right now, you simply can’t do it without this machinery that they’re not allowed to buy.

BRINK: And how significant are these new sanctions that President Biden recently announced against China?

MILLER: They’re very significant. They are sweeping in their effort to stop any advance in chip technology in China. It’s a big change from the past. In the past, the U.S. government was interested only in the most cutting-edge technologies in China and only a small number of companies that it thought were bad actors. But, now the strategy is just to call a halt to the technological advance in the Chinese chip industry by blocking access to not even the most advanced tools, but also the second most advanced tools, and that puts up a pretty substantial roadblock to any sort of technological progress.

BRINK: Has that been met with any sort of resistance by the U.S. chip sector, or are they OK with this kind of level of protectionism?

Companies do a fine job executing their technology roadmaps and managing their supply chains, but they do a bad job of thinking about geopolitical risks.

BRINK: It seems an extraordinarily risky bottleneck to have only three major manufacturers of advanced chips. Do you have any kind of strategic solution for that?

MILLER: The problem is that the economies of scale are such that you need massive facilities to make them economically viable. It’d be better if these massive chipmaking facilities were in Switzerland or in New Zealand rather than geopolitical hotspots like the Taiwan straits. But it’s hard to see a scenario in which the industry becomes less concentrated or we have new entrants into the market for advanced chipmaking.

The Geopolitical Stakes Are Rising

BRINK: So you don’t see chipmaking as a resource, like water or electricity, that should be regulated at all?

MILLER: What would regulators do? The chip industry can’t just stand still, like utilities can. Chipmakers need to race forward at an exponential rate. Companies do a fine job executing their technology roadmaps and managing their supply chains, but they do a bad job of thinking about geopolitical risks.

A couple years ago, many people would’ve estimated the probability of a Chinese attack on Taiwan as a couple percentage points over the next decade. Now, after the Russian attack on Ukraine, and as military balance keeps shifting in China’s favor, people are realizing that the likelihood of a Chinese attack must be taken seriously. If you start to take that seriously, then the concentration of chip-making along the shores of the Taiwan straits looks a lot more dangerous.

There’s a new generation of chipmaking technology that TSMC, Samsung and Intel roll out almost every year. In the future, down the road, new types of computing will emerge, such as quantum computing, but that’s a long way away from commercial viability.

The reality is we’re going to be relying on chips made of silicon for at least the next decade. And the number of companies that can produce silicon processor chips at the most advanced level is just three.

Associate Professor at the Fletcher School at Tufts University

Chris Miller is associate professor of International History, where his research focuses on technology, geopolitics, economics, international affairs, and Russia. He is author of “Chip War: The Fight for the World’s Most Critical Technology”, a geopolitical history of the computer chip. He has previously served as the Associate Director of the Brady-Johnson Program in Grand Strategy at Yale, a lecturer at the New Economic School in Moscow, a visiting researcher at the Carnegie Moscow Center, and as a fellow at the German Marshall Fund’s Transatlantic Academy. For more information, see www.christophermiller.net.