Beginning May 1st, BRINK Asia coverage will become integrated with BRINK, which will now include more regional coverage on risk and resilience issues.
India & Pakistan Cost of Insurance Reshore or Diversify
Geopolitics 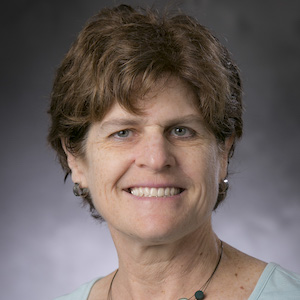 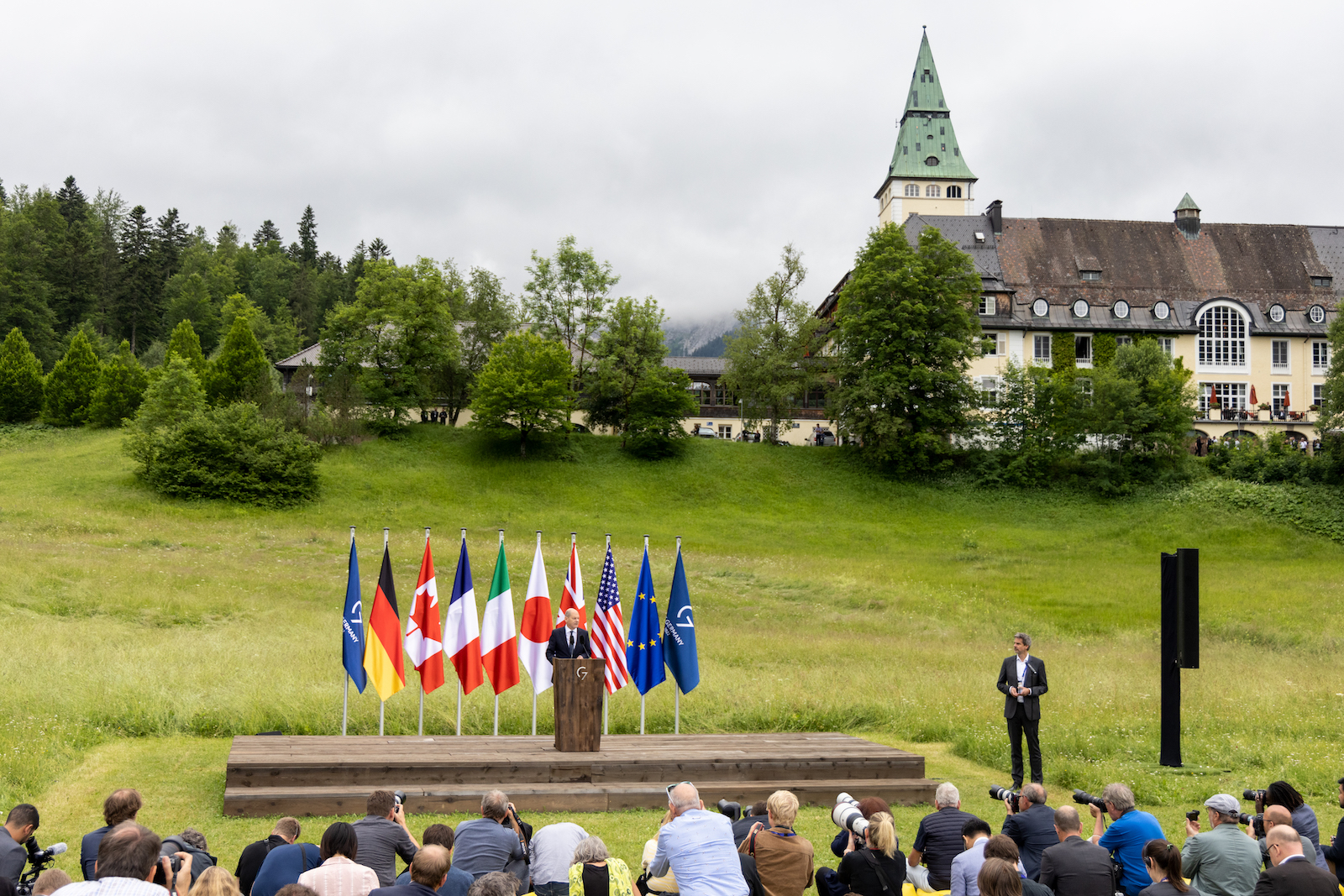 German Chancellor Olaf Scholz speaks to the media at the last day of the three-day G7 summit at Schloss Elmau on June 28, 2022 near Garmisch-Partenkirchen, Germany. Leaders of the G7 group of nations came together under the motto: "progress towards an equitable world" and discussed global issues including war, climate change, hunger, poverty and health.

This summer, the G-7 launched the Partnership for Global Infrastructure Investment (PGII) to mobilize $600 billion for middle- and low-income countries in infrastructure investments.

It is designed to be a counterweight to China’s long-standing Belt and Road Initiative (BRI), but previous initiatives of the U.S. and EU like this have not met with much success. Elizabeth Losos is a senior fellow at the Nicholas Institute for Energy, Environment & Sustainability at Duke University.

LOSOS: After China announced the Belt and Road Initiative in 2013, it has dominated this space — infrastructure investment in emerging and developing economies — ever since. Chinese financing has vastly eclipsed that coming from the U.S. and EU and even outpaced funding from multilateral development banks like the World Bank.

Over these last nine years, China has gained a lot of economic advantage. At the same time, it has used the Belt and Road Initiative to build soft power and strengthen political alliances with other countries in Asia, Africa and Latin America.

A Counterweight to BRI

Earlier this summer, the G-7 rolled out the Partnership for Global Infrastructure Investments in part to provide a counterweight to China’s Belt and Road. PGII hopes to mobilize investments into low- and middle-income countries for four main areas: clean energy, digital connectivity, health, and gender equality. Except for gender equality, these sectors happen to be the areas where BRI has also been expanding in recent years.

This new initiative differs from China’s BRI in two key ways: First, PGII aims to promote high-quality infrastructure investments that reflect the Western values. By “high-quality,” the G-7 has something very specific in mind: infrastructure with low environmental risk, social risk, governance risk. The implication is that these attributes would distinguish PGII investments from BRI investments, which have been criticized because some of its loans have led to crippling debt burdens, and others resulted in significant environmental destruction.

One of the recent developments that has not been widely recognized is that the Belt and Road has changed enormously since its inception almost a decade ago.

Transparency is one of the key features promoted by PGII. The initiative’s promoters argue that such requirements will build confidence among investors and build confidence within borrowing nations that they are not taking on debt levels that they can’t sustain.

PGII builds on similar past efforts by G-7 nations — such as the U.S.’s Build Back Better World, the EU’s Global Gateway Initiative, and the U.K.’s Clean Green Initiative — whose impact to date has been modest at best. To improve on these, PGII is expected to coordinate investments by G-7 countries to enhance efficiencies. For example, the EU might cover certain areas of Africa, while the U.S. would focus more on Southeast Asia or Latin America.

Private Sector to the Fore

Secondly, the G-7 initiative is distinctive in that most of its capital will be raised through the private sector in the form of public-private partnerships. By comparison, Belt and Road investments come largely from the Chinese government and flow through state-owned enterprises. PGII aims to mobilize $600 billion, but public financing is going to be just a fraction of that.

The theory behind this is that ample private-sector funding is already available, particularly in pension funds and insurance funds with ESG mandates (that is, a requirement that investments have low environment, social, governance risks). But these institutional investors are not comfortable with the perceived high level of risk in emerging and developing economies.

Without the capability of identifying what are truly high-quality projects with low ESG risks, they are hesitant to invest their funds. As a consequence, high-quality infrastructure is not being built in the countries that are in most need of it.

The question is, if private-sector funds have been sitting on the sideline, what is it about PGII that will unlock these funds so that they will reach the level of $600 billion over five years?

ESG Standards Are Emerging in Infrastructure

In the last year, two different global infrastructure standard initiatives have been launched to help private investors and governments more easily and reliably identify sustainable, high-quality infrastructure. One of them, called FAST-Infra, is being led by financial-sector institutions like the World Bank and firms such as HSBC.

The Blue Dot Network, the second initiative, is being developed by the governments of the U.S., Australia, and Japan, and is endorsed by the G-7. Blue Dot Network’s standard is broader than FAST-Infra’s, covering not just ESG but also other aspects of quality infrastructure.

The label or certification offered by these initiatives would be similar to a Good Housekeeping Seal of Approval. Investors could rely on them to easily identify projects that have ESG and other quality characteristics and feel confident that they were not being misled through greenwashing.

BRINK: Do you think PGII will be a game-changer in bringing scaled private investment to Africa?

LOSOS: I think PGII is a serious and significant undertaking, but I am not confident it’s going to reach the level that they’ve put forward. A huge demand already exists and will continue to increase. This is not just demand in Africa for infrastructure investments, but also by private-sector investors seeking projects that can produce solid returns with acceptable levels of risk in Africa.

The BRI Has Changed Significantly

One of the recent developments that has not been widely recognized is that the Belt and Road has changed enormously since its inception almost a decade ago. Chinese overseas infrastructure investments peaked about five years ago. Since then, China has reduced its lending for large infrastructure projects by more than 90%.

Part of this shift seems to have resulted from the large number of unprofitable loans in the early rounds that were invested in high-risk projects, as well as the bad international press surrounding some Belt and Road projects that had devastating environmental and debt outcomes.

If both PGII and BRI follow through in trying to reach their ambitious objectives of quality and green lending, this could set off a “race to the top.” If both were to compete to provide high-quality, green infrastructure in emerging and developing markets, that would be a win-win-win.

Senior Fellow at the Nicholas Institute for Energy, Environment & Sustainability at Duke University

Elizabeth Losos is a senior fellow at the Nicholas Institute for Energy, Environment & Sustainability at Duke University. She leads a team exploring policies to mitigate the environmental and social risks from large-scale infrastructure projects in the transportation and energy sectors. She holds a Ph.D. in biology and a master’s degree in public administration and international affairs from Princeton University and a bachelor’s degree from Harvard University.