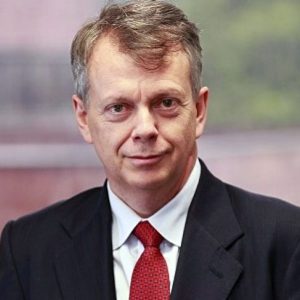 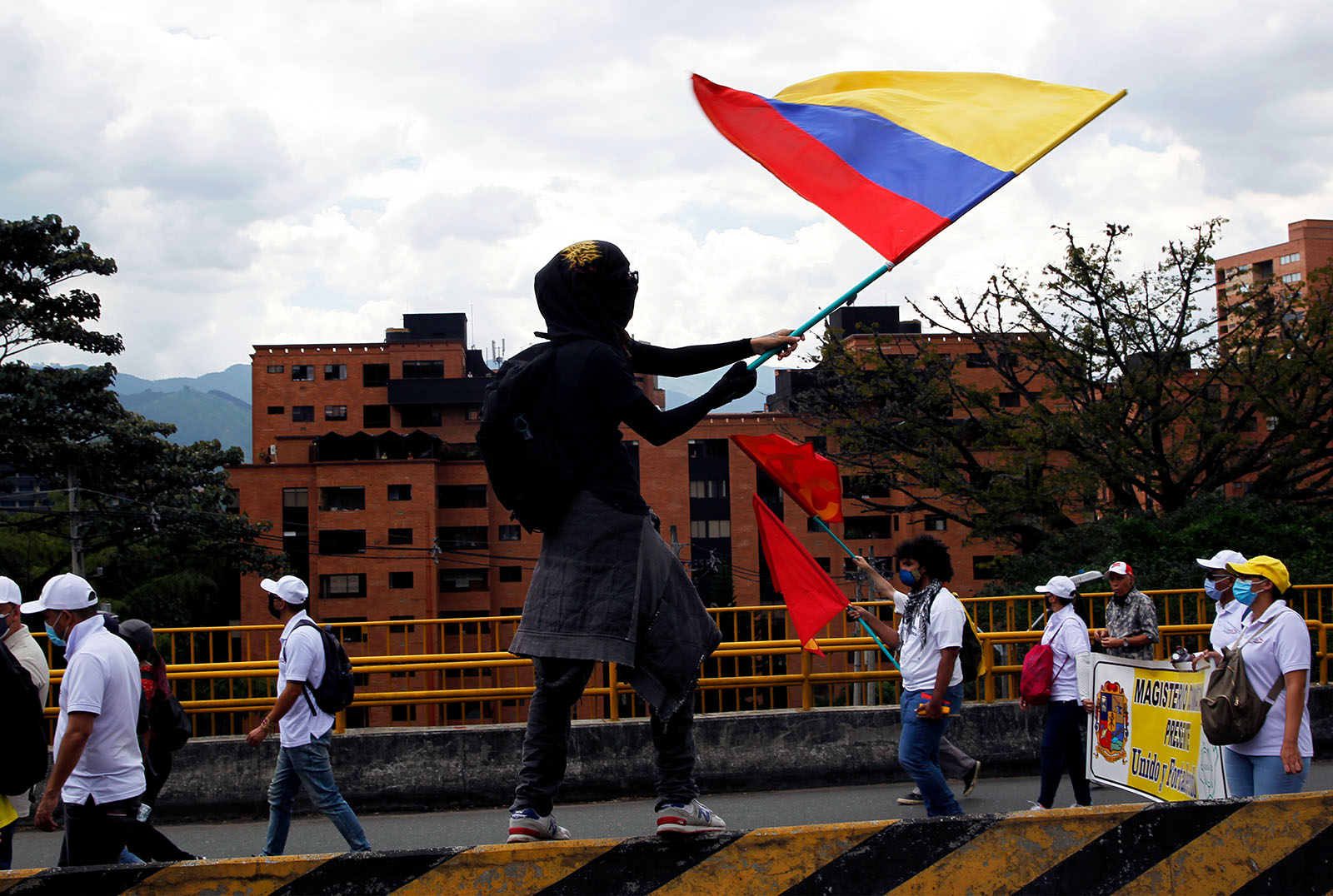 A citizen waves the Colombian flag during a protest against the government on May 26, 2021, in Medellin, Colombia. Colombia has seen a significant uptick in demonstrations, as people take to the streets to air their frustrations and anger.

From COVID-related economic impacts and corruption to inequality and incompetence, there is growing restlessness on the streets of Latin American countries. What lies in store for the region?

Ricardo Ávila is the former editor-in-chief of Portafolio, Colombia’s respected business publication. He joined hosts Peter Schechter and Muni Jensen on Altamar’s latest podcast episode to discuss the growing crises in Latin America. Ávila has authored several books, including Latin America and the Domino Effect. He is an economist and has held various positions in the news industry as a foreign correspondent, columnist and op-ed writer.

Recovery Won’t Be a Straight Line

Latin America made important economic progress in the first decades of the 2000s, as many of the countries in the region took strides toward more equality, economic prosperity and personal freedoms. However, the global pandemic has brought growth to an abrupt halt, catapulting even the most stable countries onto a path of crippling decline.

So, how does the region make its way back to growth? Avila is worried, but not an alarmist.

“I would say that we will get out of this problem the Latin way, in the sense that [the way out] is not a straight line … [we are in the middle of] a very complex cycle because of the pandemic, as well as because of the political situation and people feeling the pressures of an economic, health and social crisis,” explains Ávila.

He believes that the future might not be as bleak as some pessimists believe. “This is a region that has proven many times in the past that it can go forward. And it probably will do it [again]. We’ll do it, as has been the tradition before: taking two steps forward and one step backward,” says Ávila.

Brazil May Surprise Us

Brazil, the region’s economic giant, is plagued with the problems that have historically kept Latin America behind. How will Brazil make a comeback, particularly in a world that grows more and more critical of Brazilian President Jair Bolsonaro and his government?

“I believe that people are getting tired of the Bolsonaro versus Lula confrontation. There is a high probability of choosing someone [for the presidency] that looks toward the future and is not entangled in the past. And in that sense, I believe that Brazil has a chance of surprising us again … the situation is complex at the moment, but I wouldn’t discount Brazil as a lost cause — I actually never do,” says Ávila.

Colombia, Avila’s home, is the closest U.S. ally in the region and a country that made important progress in creating a new middle class and fighting corruption and drug cartels. Today, it is a country in disarray. Colombia has seen a significant uptick in demonstrations, as people take to the streets to air their frustrations and anger.

“When you add to [the national strike of November 2019] the effects of the pandemic, and the social situation, economics, and political reality in which the [Colombian] government is very ineffective in dealing with the concerns of the people … [you can see] a rejection from the part of the people toward the government’s policies,” describes Ávila.

The demonstrations were initially catalyzed by a tax reform that was barely communicated to Colombia’s citizens. “[The reform] was absolutely disastrously sold to the public, basically because it was never [properly] explained. It was a very ambitious and complex proposal … [the minister of finance] didn’t explain the basics of his project … so, when [the government] finally withdrew its proposal, things [had taken] a wrong turn already. And [these protests] became basically a protest against everything the government represents,” explains Ávila.

Chile, for years, was the international darling of Latin America: The country had a great vaccine response and had recently voted to renew its constitution. But despite these silver linings, Chile surprised many observers by exploding into demonstrations of national resentment on par with the anger seen in other countries of the region.

Inequality Is a Driving Force

Workplace Mental Well-Being: What the World Can Learn From Latin America

“[Latin America] is the most unequal region in the world. … Social networks have played a role in basically showing people how difficult their lives are, while at the same time, there are these privileged people who are enjoying all the benefits of the system, [creating] resentment and anger,” says Ávila.

Inequality is a powerful force that exposes the flaws of a system and affects politics.

In Peru, we’re seeing how a cocktail of inequality and social unrest can radicalize politics. Elections slated for early June pit a firebrand leftist populist against a politician repeatedly accused of corruption. Similarly, elections next year in Colombia now have a populist leftist leading the polls.

The International Community Can Help

International financial institutions such as the World Bank and the Inter-American Development Bank have earmarked huge increases in monies to Latin America in the coming year. Avila also says that Latin America’s allies need to remind Latin America that extremism in the continent has rarely brought prosperity.

The dangerous example of Venezuela, a failed state, is uppermost on the minds of many who care about the region. “I believe that you need to put international pressure in order to sanction these [extremist] attitudes, because of course, the bad examples tend to be followed everywhere and there are some very bad examples in the region at this time.”

Foreign Investment Will Return to the Region

“It is absolutely true that Latin America in general is a region that is very rich in natural resources. When we talk about transition energy and how the role of the new sources of energy is going to take hold over the next 10 to 20 years, where are these raw materials coming from? They’re going to come from Latin America, particularly from South America. When we talk about where the food for an additional two billion people in the world is going to come from, we have to think about Latin America,” says Ávila.

China understands the importance of the region on a geopolitical scale. Does the United States?

“Hopefully the presence of China in Latin America will sort of be a wakeup call to the U.S. in the sense that it has to pay much more attention to this part of the world. … This is the U.S.’s backyard, and many things are happening here. … I believe it is a huge mistake not to look south,” explains Ávila.

Ricardo Ávila is a Colombian journalist and former editor-in-chief of Portafolio, Colombia’s respected business publication. He has authored several books, one of which is titled Latin America and the Domino Effect, and has won several journalism awards. He has held various positions in the news industry as a foreign correspondent, columnist, and op-ed writer.

Amjad Ahmad Director and Resident Senior Fellow at the Atlantic Council
URL: https://www.brinknews.com/the-multiple-crises-of-latin-america/
Get ahead in a rapidly changing world. Sign up for our daily newsletter. Subscribe
​​