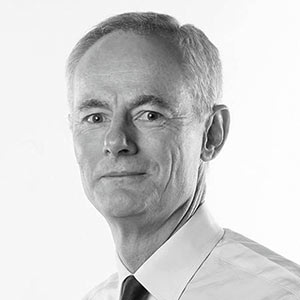 Greg Earl
Writer and Editor at The Lowy Institute 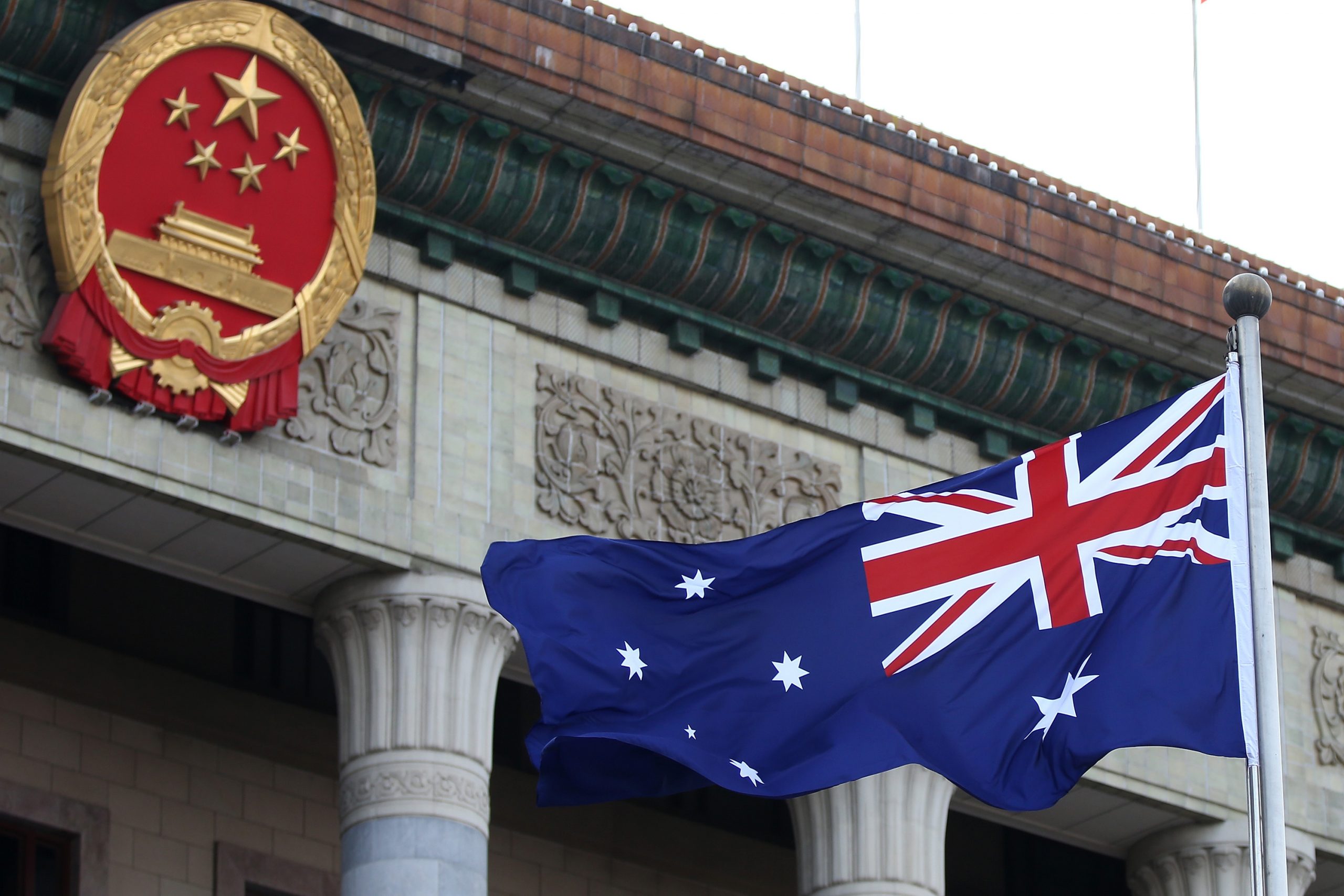 An Australian flag is seen during a welcome ceremony outside the Great Hall of the People in Beijing, China. There have been relatively low-key pullbacks from China over the past month by two Australian companies.

While Australian exporters were shocked by the pace and extent of China’s trade sanctions last year, it now appears that investors were more quietly making their own exit.

The trade confrontation between the two countries is more immediately important to the economy because China accounts for about a third of exports and more than a quarter of two-way trade.

However, the pain from the loss of some agriculture exports has been diffused by the continued Chinese demand for iron ore and the way some farm products have found alternative markets. At the same time, there has also been some grudging recognition that exporters had become too dependent on the one big market.

But the apparently voluntary quiet departure by Australian investors from the region’s biggest economy is more remarkable because it occurred as China simultaneously became the world’s largest recipient of foreign direct investment last year. According to the United Nations Committee on Trade and Development, inward investment to China rose 4% to $163 billion, overtaking the U.S. for the first time at $134 billion — a drop of 49%.

So, while China was pulling in new money from the rest of the world as its economy recovered from COVID-19 faster than most, the Australian cumulative stock of FDI (the more stable long-term form of investment) fell from $15.5 billion to $6.8 billion — the lowest level since 2011. The overall investment stock — which includes shorter-term financial market capital flows — fell from $85.3 billion to $64 billion.

China’s appeal to global investors, despite growing security tensions, has been underlined in recent months by several large U.S. financial companies expanding into the country, attracted by Chinese demand for modern savings products.

The annual ABS figures can always hide some financial shuffling that reflects housekeeping, such as superannuation funds raising money for special COVID payouts, rather than broad strategy changes. But the Australian stock of investment in China has been generally rising since these figures were first collected 20 years ago and, in recent years, was only exceeded in the region by FDI in Singapore, Papua New Guinea and Japan in terms of the total investment measure.

While trade continues to dominate the headlines, the trend revealed in the statistics is reflected in the relatively low-key pullbacks from China over the past month by two companies that had been part of a new wave of Asian expansion by Australian businesses.

Austal, the country’s largest defence exporter, is negotiating the sale of its 40% stake in a Chinese shipbuilding joint venture set up five years ago as it plans to expand its operations in the Philippines.

Meanwhile, the online employment business Seek is selling most of its shareholding in the Chinese jobs platform Zhaopin and giving up management control of a high-growth business it first entered in 2006.

The Austal departure seems to reflect the changed security environment since the company also does work for the U.S. Navy. But the Seek sale is a more interesting sovereign-risk decision by an Australian services company about operating in the region’s biggest economy when some U.S. services businesses are going in the opposite direction.

The Australian government has recently been talking up its economic engagement strategies with India, Vietnam and Indonesia and used the recent budget to fund new trade diversification programs.

So, it is perhaps not surprising that some companies might have taken up the implicit message to pull back from China amid the worst diplomatic relationship in half a century.

But the more devastating message for Australia’s foreign policy settings from these ABS figures is the way investors have also used the past year to pull back from all three regions where the government is trying to increase security and economic engagement in response to rising Chinese power.

As Australians were busy pulling their money back from places like Tokyo and Singapore to take refuge from the pandemic, there were some familiar faces going the other way.

The stock of total investment in Japan fell 19% to $112 billion — which is ironically almost the same as the China fall — despite a range of initiatives and visits to bolster that bilateral relationship.

Likewise, the overall Indian investment stock fell even more — by 22% to $15 billion. The direct investment also halved — just like with China — to less than $1 billion, two years after the lengthy report on Indian economic engagement by former top diplomat Peter Varghese.

Meanwhile, total investment into Southeast Asia fell by 25% to $92 billion, and the more diplomatically sensitive direct investment stock plunged a staggering 40% to $27 billion — three years after Australia hosted the first summit of leaders from those countries in Sydney.

And this withdrawal of Australian capital from the four main Asian economic zones happened in a year when two lengthy reports on the need to increase business engagement in Asia were issued by the Business Council of Australia with Asia Society Australia and separately by Asialink.

But the total identified stock of Australian investment in the high-priority countries of India, Indonesia and Vietnam (with a combined population of 1.7 billion) is now little more than 0.5% of total offshore investment. Capital may go into them via third countries — but that figure compares with 4% for New Zealand (population 5 million) and 20% for the United Kingdom (population 67 million).

There is no settled relationship between increased security ties and the deep economic connection that comes from direct investment — although the implicit message of government rhetoric is that they are mutually reinforcing to some extent.

But contrary to the economic determinist school of thought that prevailed in the Asian Century White Paper, the mutually beneficial economic relationship with China has so far failed to mitigate the downturn in diplomatic relations.

However, a situation where business seems to be taking up the message to pull back from China but not stepping up engagement with other so-called “like-minded” regional countries leaves Australia looking exposed economically, and perhaps also exposed in security terms.

As Australians were busy pulling their money back from places like Tokyo and Singapore to take refuge from the pandemic, there were some familiar faces going the other way.

Foreign capital, notably from Asia, kept flowing into Australia, despite the federal government leading the world at one point in imposing tough new restrictions on all foreign investors in a little-disguised move to ward off Chinese bargain hunting.

Cumulative Chinese investment was largely unchanged or slightly down when combined with Hong Kong, which is arguably a more holistic way to look at Chinese money after the Hong Kong crackdown.

But as reported here previously, Japan continued its recent rise as a major source of new capital, with the direct investment stock up 13% as Japanese investors have arguably given substance to the idea that better security ties improve business confidence.

Perhaps more notably — given the government’s emphasis on building better ties with Southeast Asian nations — is that the total stock of investment from those countries collectively, but dominated by Singapore, was also up by 11%.

The United Kingdom provided the largest absolute addition to Australia’s stock of overall foreign investment last year, which might be a positive sign for the free trade negotiations now under way.

But amid the hype about the trade deal, it is worth noting that the growth rate in the stock of capital from this traditional source was less than the growth rate for Japan and Singapore.

This piece was originally published in The Interpreter.

Writer and Editor at The Lowy Institute @Greg__Earl

Greg Earl was the deputy editor, opinion editor, national affairs editor and Asia Pacific editor of The Australian Financial Review. He spent more than a decade as reporter based in Jakarta, Tokyo and New York. He is a member of the Australia ASEAN Council board and the ANU Indonesia Project advisory board. He is researching a book about Australia and Asia.

Chris Miller Associate Professor at the Fletcher School at Tufts University
URL: https://www.brinknews.com/australian-investors-dump-china/
Get ahead in a rapidly changing world. Sign up for our daily newsletter. Subscribe
​​