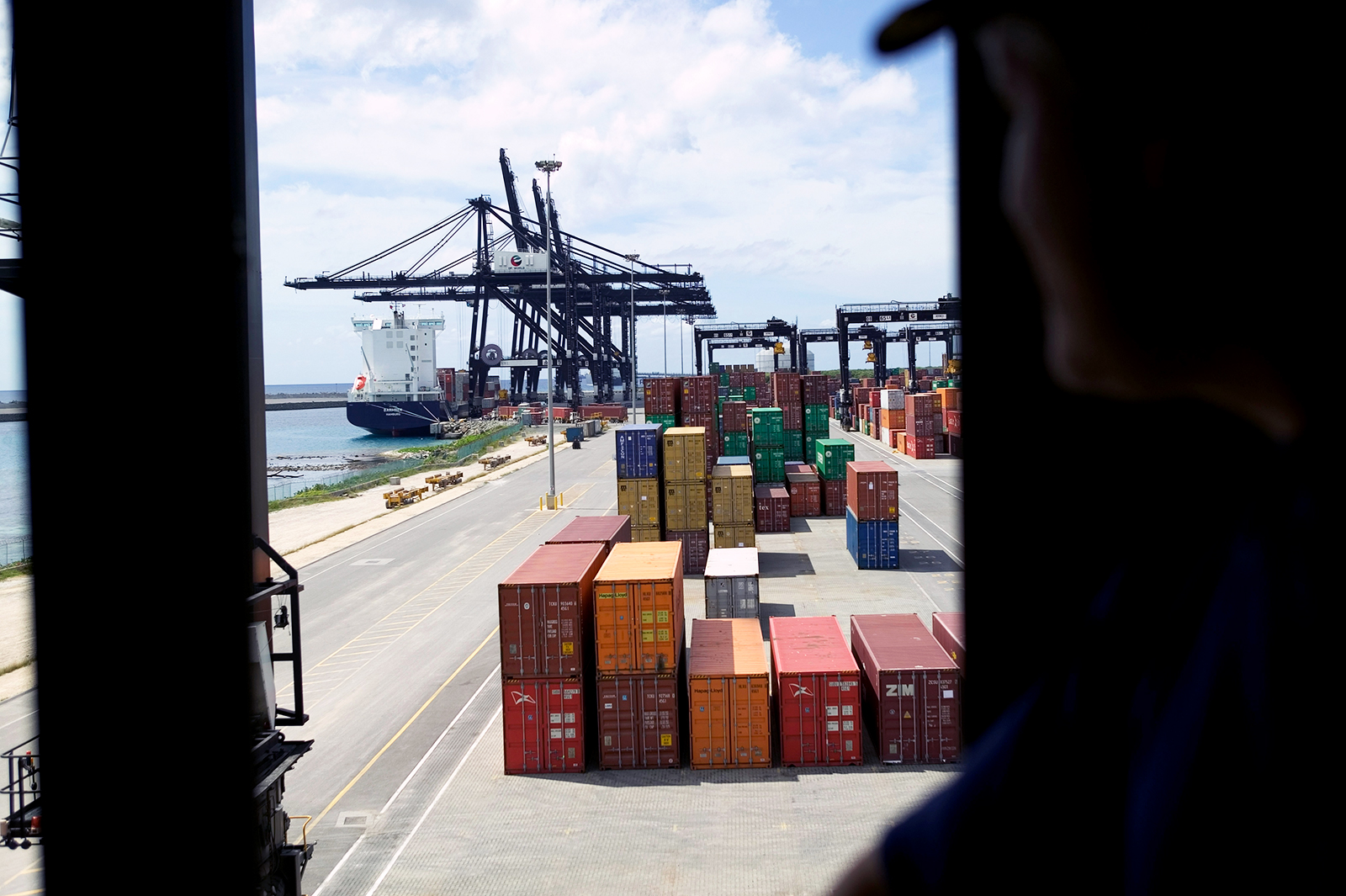 A worker looks out at the port facility that handles container cargo that is shipped between Europe, the United States, Asia and Latin America.

One unpredicted impact of COVID-19 is a renewed interest and debate about the world’s dependence on the off-shoring of manufacturing and services to China. As a result, nearshoring has become an attractive possibility for many businesses. A recent survey of supply chain leaders “found that 33% had moved sourcing and manufacturing activities out of China or plan to do so in the next two to three years.”

A trigger for the renewed focus on nearshoring from policymakers was the realization during COVID-19 that many of the most commonly used drugs in the U.S. are manufactured in China. This includes 97% of antibiotics in the U.S. market, 91% of hydrocortisone, 70% of acetaminophen and 95% of ibuprofen.

President Trump’s trade director and China hawk, Peter Navarro, was a leading voice of the movement, claiming that “China has managed to dominate all aspects of the supply chain using the same unfair trade practices that it has used to dominate other sectors — cheap sweatshop labor, lax environmental regulations and massive government subsidies.” The Trump Administration promoted the Back to the Americas Initiative that provided incentives for companies to move their offshore production facilities from China to Latin America.

While the increase in trade tensions has played a role in this, the revaluation of the yuan and increased labor costs in China have also increased the appeal of nearshoring for US companies.

So far, the Biden Administration has not said much. In June 2021, it did announce a Supply Chain Disruptions Task Force “to strengthen American supply chains to promote economic security, national security, and good-paying, union jobs here at home,” but this did not include any mention of nearshoring policies. The administration also doesn’t mention nearshoring policies as part of its $4 billion support program for Central America’s Northern Triangle countries to stem the tide of illegal immigration.

However, there has been some momentum in Congress — the Latin American Nearshoring Act drafted by Congressman Mark Green (R-TN) aims to push for a nearshoring movement to the region as a way to spur economic growth.

As the idea of bringing manufacturing closer to the United States and particularly to countries with common political ties to America has taken root, it is not surprising that people are looking to Latin America. However, the question is whether the region can take advantage of this opportunity and the growing world view of China as a strategic adversary and competitor.

Latin America Has the Potential to Be a Nearshoring Destination

Some Latin American countries such as Colombia and private sector organizations such as the Latin American Free Zones have begun to take action to attract nearshoring opportunities through the Relocate LATAM initiative.

According to Mauricio Claver-Carone, president of the Inter-American Development Bank, who has made nearshoring a key part of the bank’s effort to bring greater development of the region, “If Latin America captured just 15% of U.S. imports from its top-10 source destinations outside the Western Hemisphere, the region could increase its exports of goods by $72 billion per year.”

To truly take advantage of this nearshoring opportunity, Latin America must think long term, a state of mind not easily found of late in the hemisphere.

A highly placed trade official of the Dominican Republic ticked off five recent investment deals that he believed could not have been achieved prior to the recent increased tensions with China. Chinese exports to the United States decreased by $90 billion in 2019, while at the same time countries like Mexico, Colombia and the Dominican Republic have increased their exports to the U.S. by pitching the nearshoring concept.

Nearshoring opportunities in the region vary at a country-by-country level and by sector. However, a core group of countries in the region — Colombia, Mexico, Chile, Panama and Costa Rica — seem poised to be the most serious contenders to attract nearshoring. These countries have more ingrained traditional and technological infrastructure and close ties with the United States that make them more apt to be considered for these manufacturing changes. But they are not alone, for Argentina and Brazil have already attracted a significant amount of IT services outsourcing.

Politics Is the Big Impediment

Right now, the biggest impediment to Latin America’s ability to capture nearshoring opportunities is politics. In country after country, political instability is growing. Chile, the Latin American economic darling for the past 25 years, is debating a new constitution that might curtail foreign investment. Peru recently elected a leftist populist president, Pedro Castillo, who has no policy experience.

Street protests in Colombia have raised the stakes in next year’s presidential elections, giving leftist candidates new energy. In Mexico, the government continues its venomous feud with the private sector, enacting policies to restrict numerous business practices and reneging on the previous government’s investments. And, in Brazil, President Jair Bolsonaro continues to govern on a populist platform of rejecting COVID restrictions and doling out monies to the poor.

There is little political good news in the region.

The Dominican Republic may be one of the few exceptions. Elected last year on a platform of economic growth and fighting corruption, President Luis Abinader has instituted a vaccination drive that has reopened the economy. Tourism is returning and relations with the United States are closer than ever.

But the Dominican Republic is an exception. It is difficult to imagine that companies are lining up to invest in a region with such a marked increase in political instability.

Integration and Investment Are Key

For the region to truly take advantage of this unique moment, it must think long term, a state of mind not easily found of late in the hemisphere. Persistent investment deficits in education and infrastructure must increase and be coordinated. Greater regional cooperation is also needed. To truly succeed in attracting investment, regional integration will be key, so as to lower costs and create regional synergies that attract not just companies, but industries.

And all this cannot happen without the private sector. At a time when national deficits and needs have increased due to the pandemic, public-private partnerships to invest in infrastructure and human capital are sorely needed. Such schemes could define the transformation of the region to take advantage of this nearshoring moment. Moreover, political consensus on economic regulations must take hold.

No country can hope to attract investment if after every election a president seeks to overturn everything done by the previous one. Economic stability needs to be achieved to provide trust to corporate leaders.

Nearshoring is an opportunity for Latin America. But right now the potential is far from being realized.